Jason Auerbach is running for the open alderman seat in District 14, the Bay View position long held by Ald. Tony Zielinski. But while he's happy to talk about his ideas for Milwaukee, what really gets him fired up is the topic of monarch butterflies.

But while he’s happy to talk about his ideas for Milwaukee, what really gets him fired up is the topic of monarch butterflies.

"I got fascinated with butterflies about 10 years ago," says Auerbach, who quit his job as a software engineer to run for office. At the time, a co-worker gave him some milkweed seeds and a caterpillar, and he raised it until it hatched.

"It was just such a cool feeling to release something that you helped raise."

He did the research and discovered that monarch butterflies begin in Mexico, work their way up to Canada (with stops in Texas and Wisconsin), then their offspring reverse the route back to the exact same trees south of the border.

"We're at the northern end, and Milwaukee is important," says Auerbach. "Because with the lake being right here, we end up being a very important highway, because they come along the lake and just keep going north."

The key, says Auerbach, is the milkweed plants. And butterfly numbers are in deep decline, because people treat milkweed as, well, a weed. 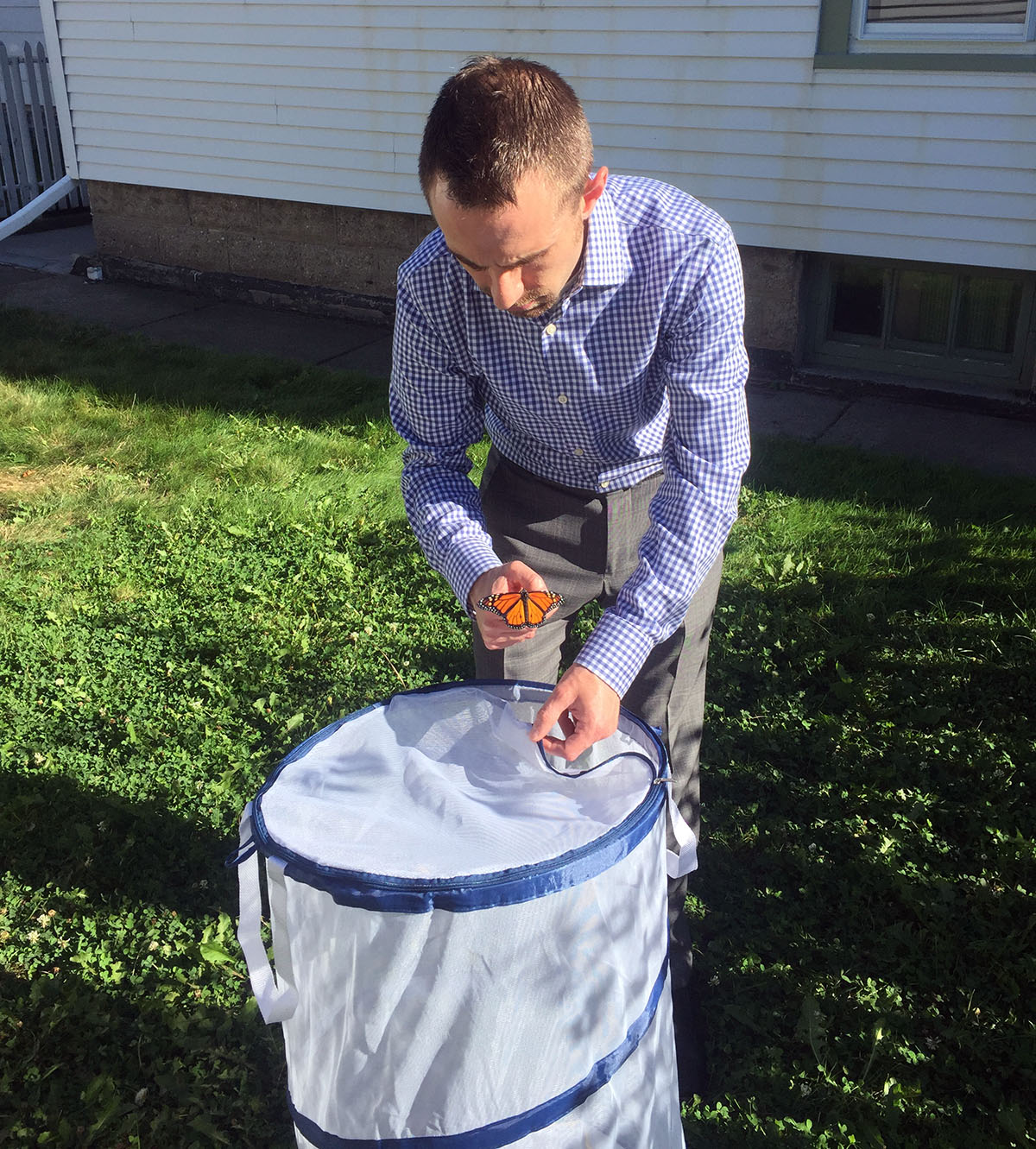 Says Auerbach, "It's usually viewed as an invasive weed. I grow them in my backyard, and I only had to start a few in one patch, because they do self-propagate between either seeds or the roots, and they spread, and so my backyard is full of milkweed plants, which I like. That’s what I'm going for."

So now, Auerbach is the guy who gives away milkweed seeds, small plants … or helps plant milkweed whenever he can. "My neighbors and I have all noticed that we just get a ton more butterflies because they're living their whole life cycle."

Auerbach, 36, calls himself a "citizen scientist," and hopes to bring an ecological focus to Milwaukee’s Common Council if he wins the election on April 7. That includes Milwaukee River cleanup, beach microplastics reduction, use of salt on the roads and other quality-of-life issues, like fixing pot holes. 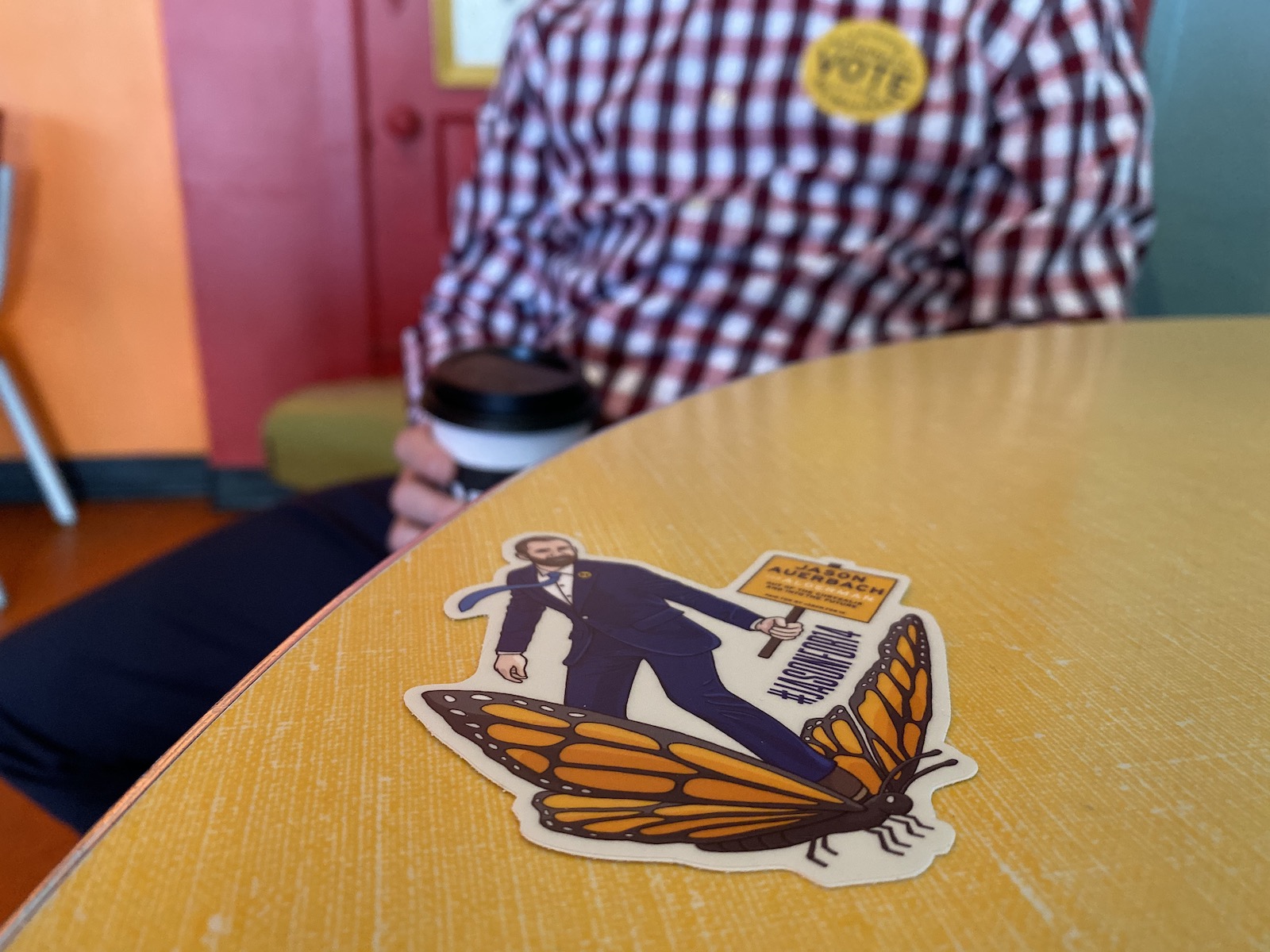 While he doesn’t have political experience yet, Auerbach says, happily, that alderman is the elected official job that’s the "most boring." In other words, he envisions being a liaison between Bay View citizens and the city.

"I would hope to do a job that's so good that you just don't get irritated and you don't know it. And so I'm helping people that I may not even know or get the thanks for it. But then just focus on cleaner, healthier neighborhoods."

And maybe Milwaukee’s butterfly guy can increase the monarch population in our area, too.

"If we had more milkweed, there'd be more butterflies," he says.