Jason Isbell strums a spectacular storytelling showcase for the Riverside

What is there to say about Jason Isbell's performance at the Riverside Theater Wednesday night that can truly do it justice? To say Lora Kaelber was blown away is like describing a tsunami as "just a really big wave."

What is there to say about Jason Isbell’s performance that can truly do it justice? To say I was blown away is like describing a tsunami as "just a really big wave."

Coming into Wednesday’s show at the Riverside Theater, I was hoping for the world. Jason Isbell and the 400 Unit have been blazing through the Midwest and South on "The Nashville Sound Tour," bringing his brand of Americana music to every stop and creating throngs of new fans along the way. So yeah, given that lead-up, I really wanted Wednesday’s performance at the historic Riverside Theater to be one of the best I’ve seen. And that’s asking a lot.

Thankfully, while I’m sure there are some out there who would disagree (for sure no one I know), Jason Isbell and the 400 Unit’s hour and 45 minutes on stage – complete with an incredible opening set by songwriting legend James McMurtry – goes up near the top of my list.

Serving as the opener, the veteran singer-songwriter McMurtry brought it. The man is a songwriting genius with the performance chops to match. McMurtry’s eight-song set flew by in a sea of killer songwriting and quips. McMurtry noted at one point that his song "Copper Canteen" had gotten him a mention in the "failing" New York Times and that made him an active participant in the fake news industry. "Which," he said, "is what we used to refer to as ‘free press.’"

Isbell and company then ripped into their opening song, "Hope on the High Road," and killed it from there. You name it, they had it – including some super sick guitar solos and riff-offs, most notably during "Decoration Day" and "Never Gonna Change." Isbell made his guitar sing (well, all of them, really, and there were plenty – he used at least five). During "Decoration Day," he had his electric whispering like a mistress and then screaming like a harpy. Just insane. 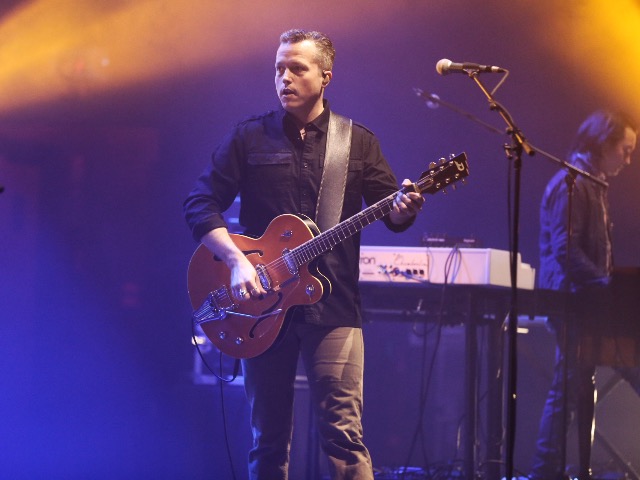 Not to be outdone, though, the 400 Unit – comprised of Sadler Vaden, Jimbo Hart, Derry Deborja and Chad Gamble – was just as off the chain as Isbell. It seemed like the further one member went, another would up the ante. My notes on Gamble's drums and accordion involve words that I can’t publish here, so I’ll just clean it up and say they were outstanding.

While there wasn’t a lot of interaction with the packed house, there was a somewhat rousing rendition of "Happy Birthday" sung to Hart, Isbell’s bassist. Isbell did quip, however, after "Go It Alone" that the song was one of their older ones and that it "was one we would’ve played for about 35 people at Shank Hall, including Kevin Kinney’s dad." Brilliant.

For the most part, Isbell and the 400 Unit stuck to laying down as many songs as possible, making each one unique to a live performance. Some they turned into extended plays with some serious instrumental add-ins, crazy guitar solos or mighty drum features. Other songs went almost delicately and lyrically acoustic.

Admittedly, though my own music library includes a lot of Isbell, I wasn’t totally familiar with his work as a member of the Drive-By Truckers. In retrospect, though the sound is totally different from the Isbell I’ve come to love, really, I’ve been missing out.

All that said, it’s more than conceivable, even probable, that tonight we witnessed one of the greatest songwriters of this century. It’s not hard to say why. While so many songwriters aspire to write their dreams and what they think are the dreams of others, Isbell not only writes what he knows, he writes what’s real. He writes universal truths. He writes what’s current. He’s not afraid to write what’s painful. While other songwriters are searching for timelessness in universal themes (like lofty romances or love stories that crash and burn hard), it’s Isbell’s grounding in current and universal truths that will keep him timeless. He’s the Bob Dylan of this generation.

There’s also something about Isbell’s music – lyrical yet sharp, upbeat in tempo while the lyrics rip your heart out, soft and quiet but also so powerful you want to cry – that’s just so fascinating, captivating and all-consuming. When he sang "Elephant,"a song about the relationship of a woman dying of cancer, you could have heard a pin drop. It’s painful and gut-wrenching. "Everyone dies alone, no one does it with dignity, we just try to ignore the elephant somehow." Man.

Isbell also sang "Cover Me Up" written for his wife, Amanda Shires, about his journey out of alcoholism. Already featuring powerful lyrics, tonight's acoustic rendition was painfully felt, with the line "I sobered up. I swore off the stuff" drawing huge cheers from everyone. 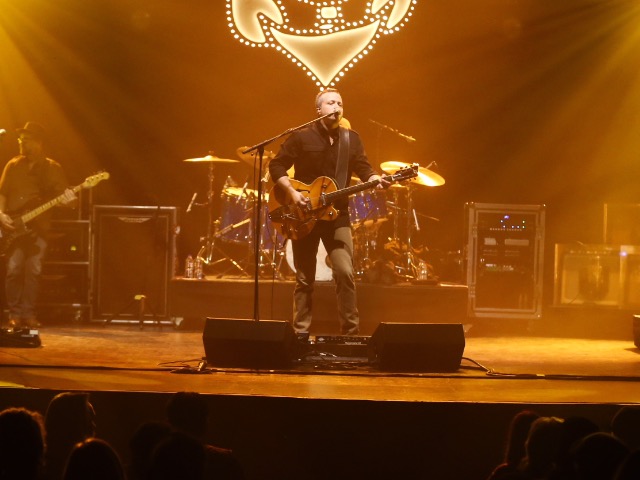 There wasn’t a song tonight that I wasn’t looking forward to hearing live. But I’ve got to say, two stand out: "Anxiety" and "If We Were Vampires." Though I had to wait for the encore for both, neither disappointed.

In the case of the former, if there was ever a song more real for people who suffer with anxiety issues, I’ve not heard of it. It’s just so on point, it’s scary. It felt good to hear that others appreciate it, too.

And then there was the incredibly heart-breaking and beautiful "If We Were Vampires." It was clear from the get-go that Isbell’s wife wasn’t in Milwaukee. On stage, she’s a vocalist and fiddle player, but she’s currently back in Nashville working on her forthcoming album. So while I was waiting to hear "If We Were Vampires" pretty much all night, I was also kind of nervous not only about what it would sound like without Shires haunting harmonies, but without her presence. The song is a joyful but searing ballad about the finite amount of time we have in love and in life.

Yet even without Shires, "If We Were Vampires" was somehow even more poignant, laid bare and cut to its essence. Pedal steel and keys filled some of the gaps where Shires would have been, but it was her absence that put a point on the song’s finiteness of love and brought shivers. And yes, per my norm, I cried.

Before going solo and creating the 400 Unit, Isbell spent time as part of the Drive-By Truckers. His songwriting was prodigious, but his personal life was in turmoil. He’s open about his addiction to alcohol and his time in rehab. And while it lends an authentic quality to his songwriting, his talent was there before and through it all. He’s the real deal. And with multiple awards, including two Grammys (with two nominations heading into Sunday’s awards), it looks like the rest of America is starting to understand that, too.

Encore
"Anxiety"
"If We Were Vampires"

A conversation with Paul Dabek, aka The Trickster, of The Illusionists

This month in live music: Who's hitting Milwaukee stages in December

In case you missed it, Shaq is coming back to DJ in Milwaukee