After almost a decade at the station, meteorologist Jesse Ritka announced today that she's leaving TMJ4 for a new job in Fargo, North Dakota.

After almost a decade at the station, meteorologist Jesse Ritka announced today that she's leaving TMJ4.

Ritka made the announcement on her personal Facebook page, noting that she's taken a job as meteorologist for WDAY in Fargo, North Dakota.

"We hope this new job will allow us more time together as a family as well as being closer to our parents, relatives and friends just across the river in Minnesota," Ritka – a Minnesota native – explained in the post. 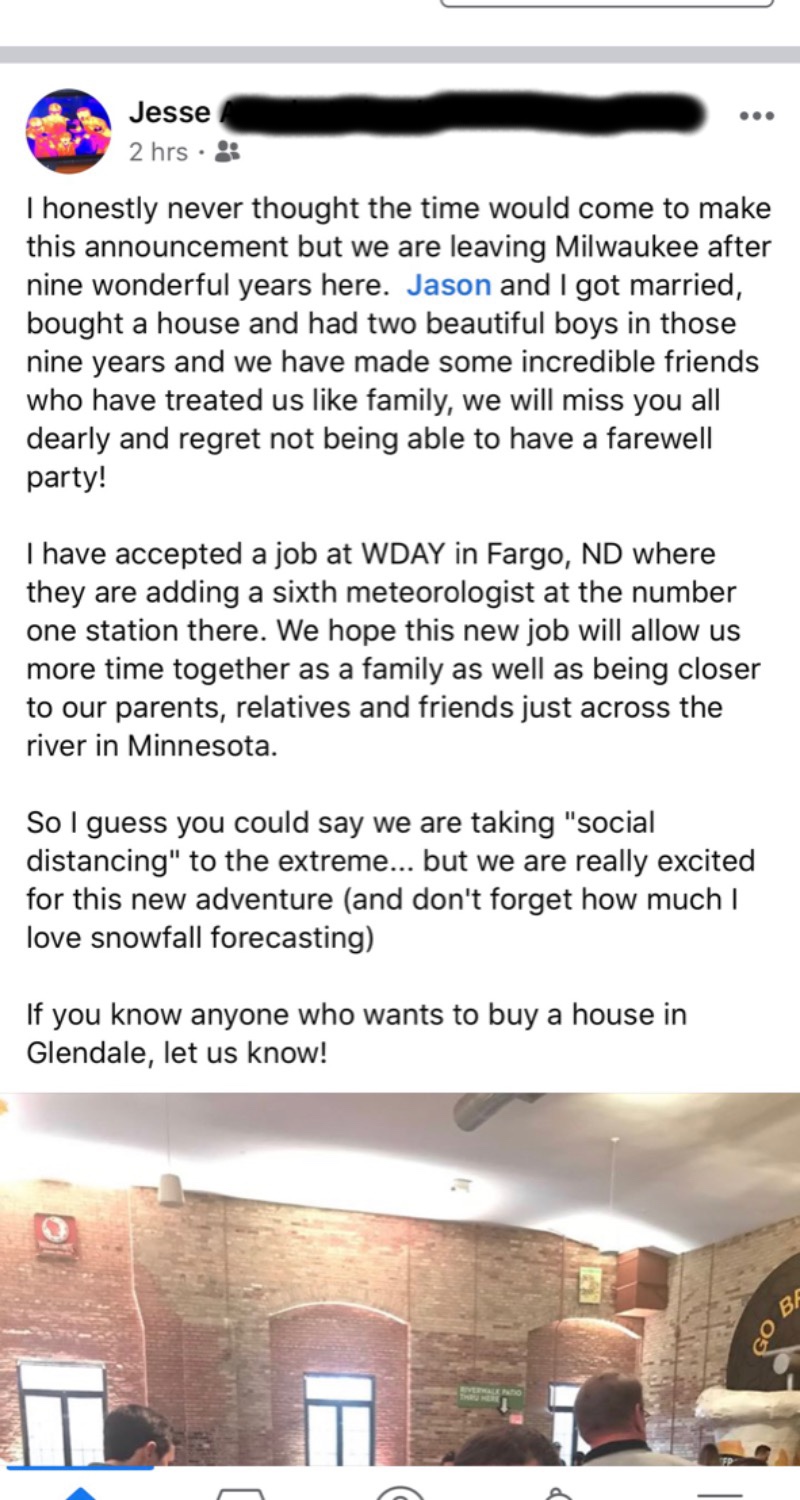 The post does not say what her final on-air date might be in Milwaukee or if she's already had her final broadcast with TMJ4.

Ritka joined the TMJ4 news team and Storm Team 4 in early 2011 as the station's weekend morning meteorologist after three years of work for KDLT, the NBC affiliate in Sioux Falls, South Dakota. Since then, she's been a familiar face on the network's broadcasts, helping guide viewers through the state's infamously unpredictable weather forecasts.

"I honestly never thought the time would come to make this announcement but we are leaving Milwaukee after nine wonderful years here," Ritka writes. "Jason (her husband) and I got married, bought a house and had two beautiful boys in those nine years, and we have made some incredible friends who have treated us like family, we will miss you all dearly and regret not being able to have a farewell party!"

Cheers to Ritka for almost a decade of outstanding work in Milwaukee – and here's to many more in Fargo.