I'm not sure this is the right word, but it was "poetic" that I heard about John' Rausch's passing on a Sunday morning while I was on the air. I don't know that the words I used did him justice, but I knew that he would have wanted me to play some Little Feat.

My friend John Rausch – the voice that graced thousands of announcements, spending time at WQFM, WMYX, WAUK, WISN and WTMJ – and I never fought. Not once.

But when radio stations switched from vinyl albums to CDs, John and I fought that. Then when CDs gave way to digital files, we fought that too. John fought harder than I did. In fact, long before those technological changes, he fought really hard to get the radio stations we loved to open their playlists to emulate the days when we were lucky enough to grow up hearing all the artists we loved being introduced to us on air. Man, he fought for that.

The fight of his life, however, started three years ago with a dreaded cancer diagnosis. And he fought that in a way that could teach all of us about dignity, tenacity, optimism, attitude and the importance of family. He let go Sunday, May 6.

Back in the late 1970s, I was trying to break into radio. I heard that WAUK, a small daytime station in Waukesha needed someone to handle the 6 to 7 p.m. shift. I went to see the program director and to my amazement, he gave me the shot at my first shift since college radio. And he was very clear when he said, "I want you to listen to our afternoon guy. He is the epitome of professionalism and what we want in an on-air personality."

So the next day I listened. And he was good. His name rang a bell. I remember a John Rausch from John Marshall High School, a guy a year behind me. I didn’t really know him since we ran in different circles. John was into muscle cars and Little Feat. I was more into Taco Bell and The Beatles.

I knew John was a good guy and we got closer trying to elevate our radio careers. What I didn’t know was that as a daytime station, WAUK had to sign off at sunset. My 6-to-7 shift became progressively shorter, ending at 6:45 then 6:30 then 6:20 and eventually not making the trip worthwhile anymore. But we found a way to hang out anyway. We became roommates, sharing a house in Whitefish Bay.

I mentioned we never fought. While most of the blurry pay-per-view worthy stories of our times together are not sharable, as I eventually made it full time into radio and we both enjoyed the perks of our rock and roll lifestyles, there is no doubt in my mind I must have been annoying as a roommate. But never once do I recall a harsh word from John.

We also never once made it on the air at the same time together. But I witnessed the most important show of his life: the start of the 37 years he spent with the love of his life, Kim. I had the honor of being the best man at their wedding, and he was best man at my first, but that doesn’t help the longevity of our story. John was one of those friends that you could not see for years and immediately pick up where you left off. And that is what we did for the past three decades.

We briefly shared some tacos with old friends a few summers ago. John and I grabbed some wings for lunch. He was there when I got married in 2017 to witness the one that will stick, and the four of us got together over Thanksgiving in Colorado just about five months ago.

When we spoke last, within the last few weeks, John asked me to stop making him laugh because it was making him cough. I knew that he was coughing all the time, starting to suffer and that I wasn’t that funny. But I loved him for leaving me that memory. It was the last time we spoke. It was indicative of every interaction he had with all of his friends over the length of his fight. He was optimistic and always focused on what is important: family and friendship. I also love him for leaving me that lesson. And I know he leaves it with Kim, Courtney and Graham. It will be there every day.

I’m not sure this is the right word, but it was "poetic" that I heard about John’s passing on a Sunday morning while I was on the air. I don’t know that the words I used did him justice, but I knew that he would have wanted me to play some Little Feat. So I did. For John Rausch. My friend. 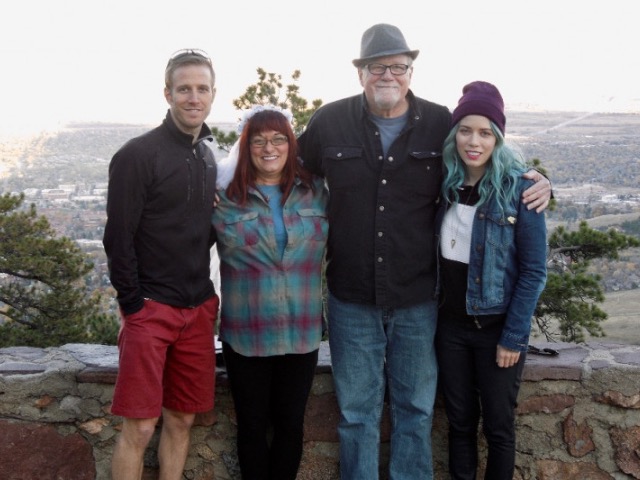