No offense to fans of New Kids on the Block and the Backstreet Boys, who all enjoyed great shows from their respective favorite boy band this year ... but the Jonas Brothers put on the best performance at Fiserv Forum out of all three.

And no offense to fans of New Kids on the Block and the Backstreet Boys, who all enjoyed great shows from their respective favorite boy band this year ... but the Jonas Brothers put on the best performance at Fiserv Forum out of all three.

Here are our seven reasons why the Jonas Brothers’ performance Tuesday night at Fiserv Forum was the arena’s best show from a "boy band" yet. 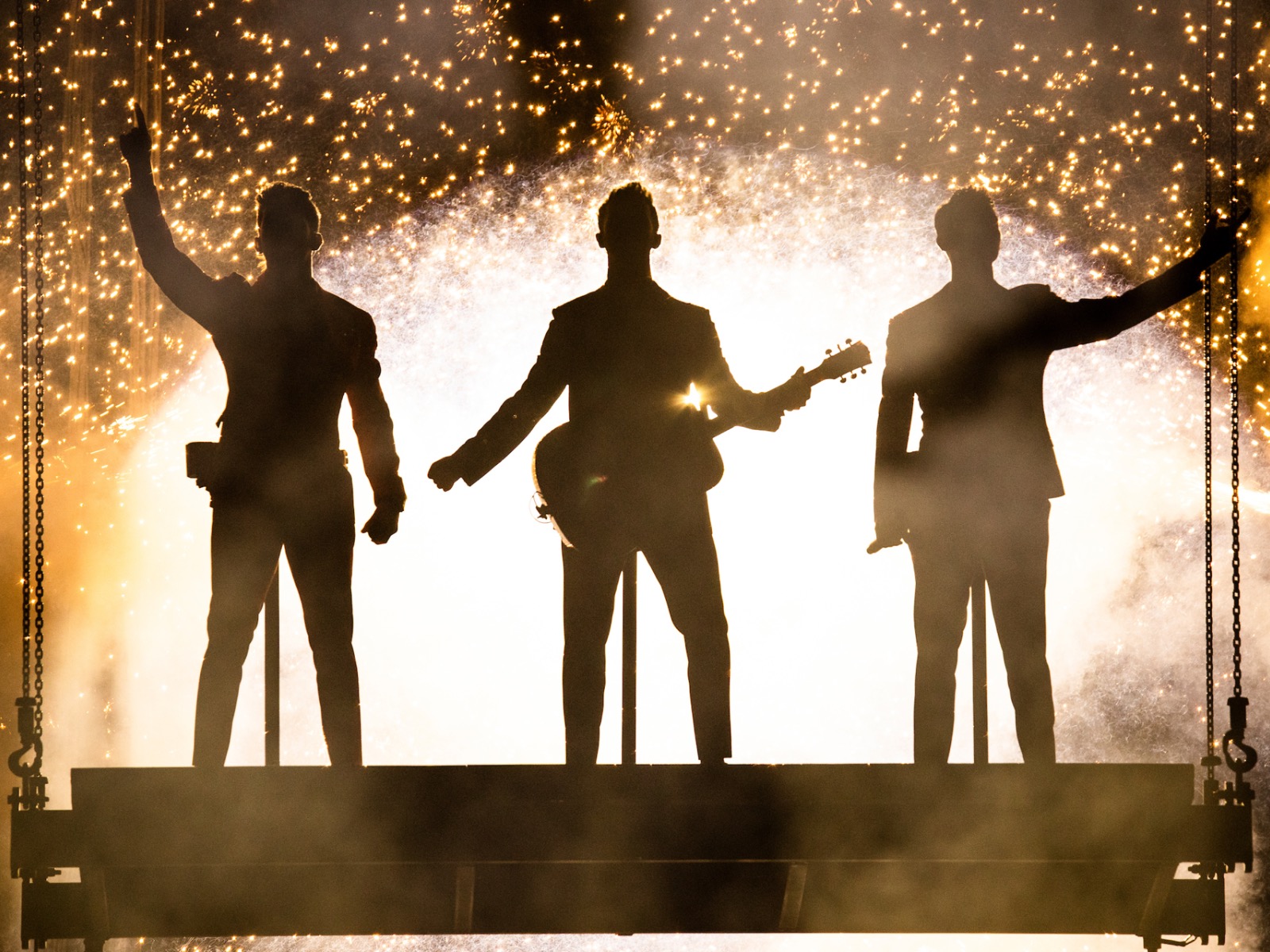 While fans were happy to welcome back the Backstreet Boys and NKOTB to Milwaukee this year, the build up for the Jonas Brothers’ Milwaukee tour stop was special.

Six years ago, fans were issued refunds for the Jonas Brothers’ 2013 show at the Riverside Theater, a tour stop which never happened due to the band’s public breakup. The brothers’ relationship bounced back over time, while Nick Jonas’ solo career was taking off and Joe Jonas was forming his band, DNCE. The group finally got the band back together with their huge comeback single, "Sucker," released earlier this year. With an album and headlining tour to follow, the stage was literally set for those fans at the Riverside to finally see the JoBros in Milwaukee again – with room for a few thousand more, of course.

2. The Jonas Brothers are bigger than ever 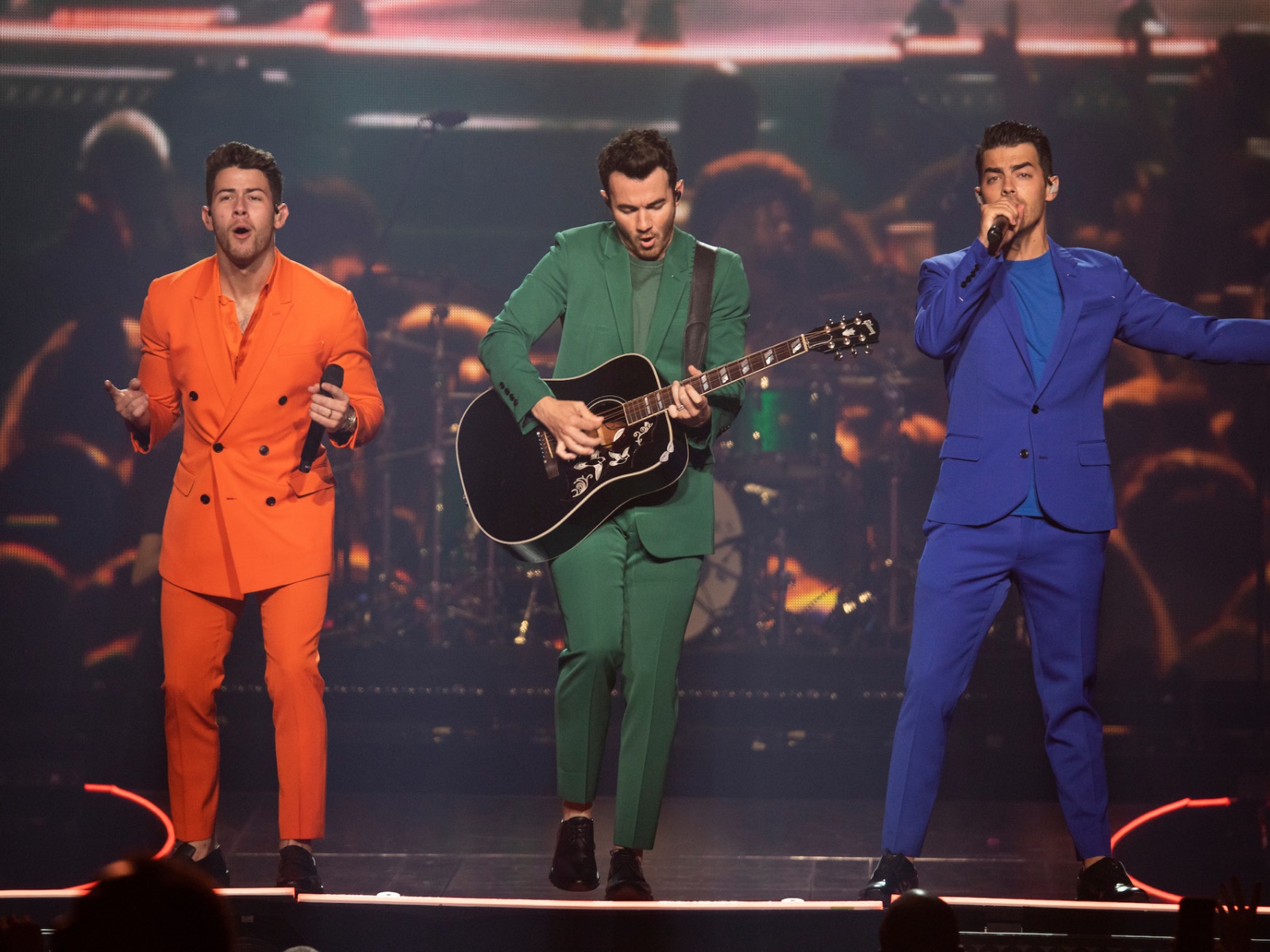 Despite putting their music on pause for over half a decade, the Jonas Brothers somehow got even bigger during their hiatus. In 2013, their cancelled Milwaukee performance would have housed under 3,000 fan. Fast forward to 2019 and nearly 15,000 Milwaukee fans enjoyed the JoBros on Tuesday night.

Credit Nick Jonas’ successful solo career or credit the sheer fact that music fans wanted what they couldn’t have, but the Jonas Brothers are back and bigger than ever. With families of their own and an amazing new album, the brothers also seem happier than ever, and that happiness is resonating throughout their fanbase.

3. The rule of three 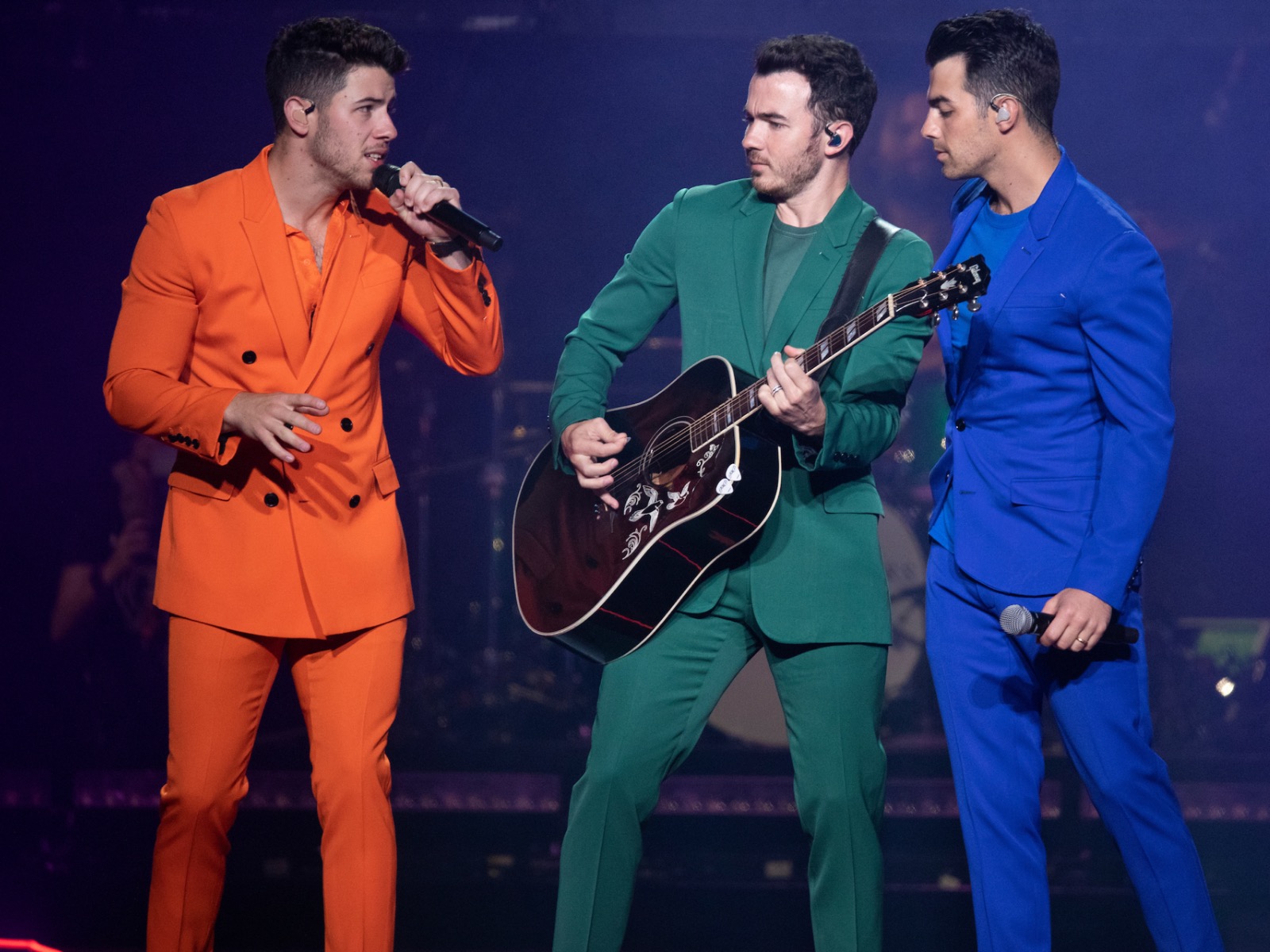 Five members may be the standard for a boy band, but everyone knows things come better in threes.

Three is the perfect number for a boy band and the Jonas Brothers are Exhibit A – or Exhibit J in this case. Nick and Joe perfectly tag-teamed the vocals on Tuesday night, with Nick killing it with his falsetto and Joe’s high energy setting the tone for the Milwaukee crowd. Kevin doesn’t just sit on the sidelines though. He may be third billing in the band (depending on who you ask) but without Kevin on guitar, the band would not be complete.

Trios are visually satisfying, and more boybands should take note and go the three-member route. 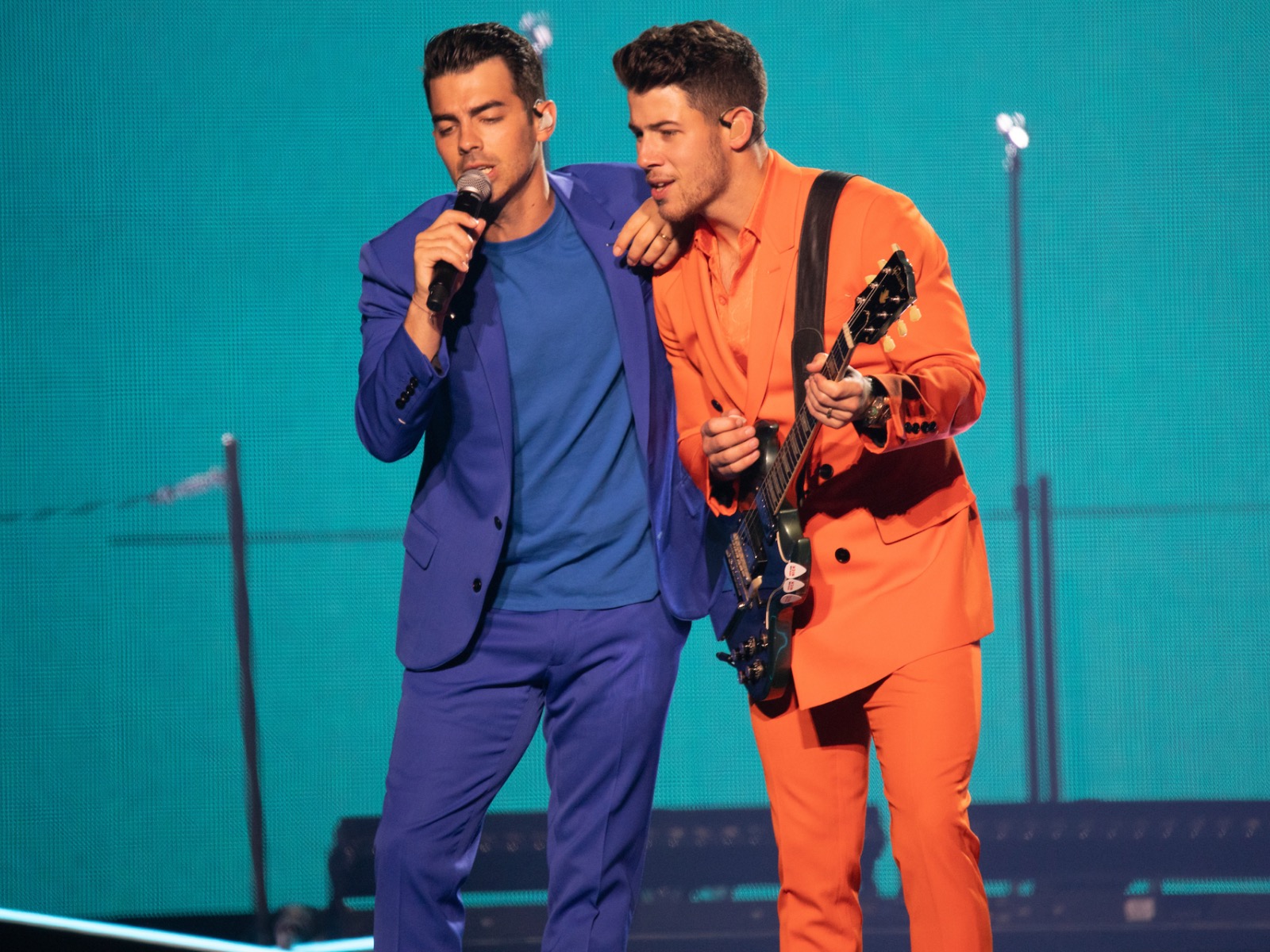 It’s a fallacy that boy bands, or even pop artists as a whole, have to be well-versed dancers. The Jonas Brothers completely destroyed that stereotype with their Milwaukee tour stop, and not one fan left the concert saying, "I really wish they would have danced more." 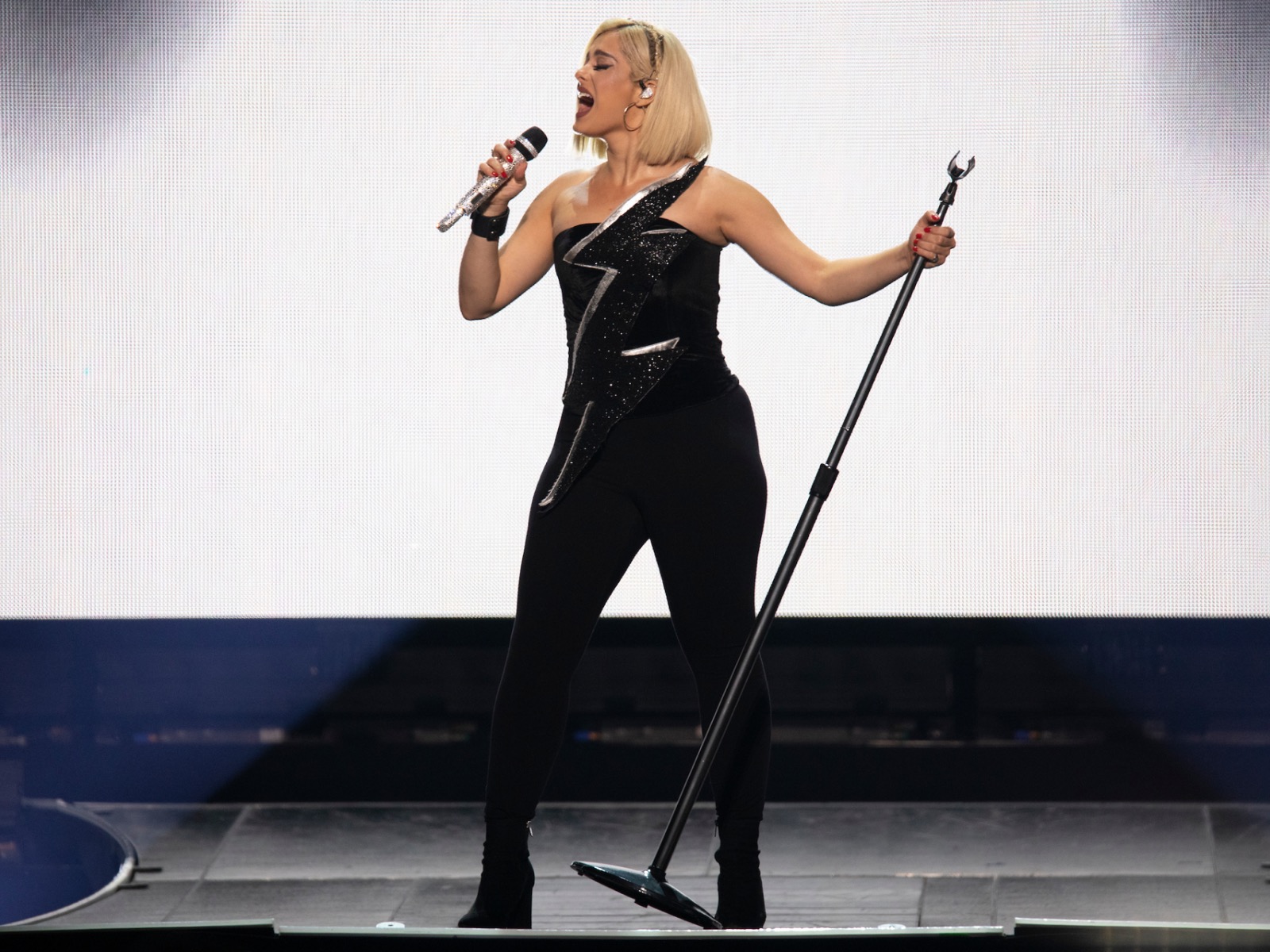 Another reason that the Jonas Brothers’ Fiserv Forum show was the best performance from a boy band at the arena this year was because they brought a better opening act.

When New Kids on the Block invaded the Fiserv Forum in June, they technically had no opening acts for their set as the band opened the show themselves. While Salt-N-Pepa, Tiffany, Debbie Gibson and Naughty by Nature also performed during the concert, their performances came later and didn’t warm up the crowd in a typical opening act fashion. This format was definitely unique, but there are reasons you have to stretch first before getting into a hardcore workout.

The Backstreet Boys had an opening act; however, a little nepotism was involved. Baylee Littrell, son of BSB’s Brian Littrell, opened the pop concert with a country set for fans. He certainly performed well, especially for a 16-year-old, but the opening set was still a different genre from a relatively unknown performer.

The Jonas Brothers, however, brought a big name to warm up their crowd as Bebe Rexha hit the stage moments before the JoBros greeted their Wisconsin fans. Bebe Rexha, maybe known best for her hit single "Meant To Be," is one of the best emerging pop stars in the genre today, and she got the crowd singing along on Tuesday with performances of some of her biggest tracks, including "Me, Myself & I," "Hey Mama," "Take Me Home" and her rendition of "The Monster," a song which the talented singer-songwriter penned for Eminem and Rihanna. 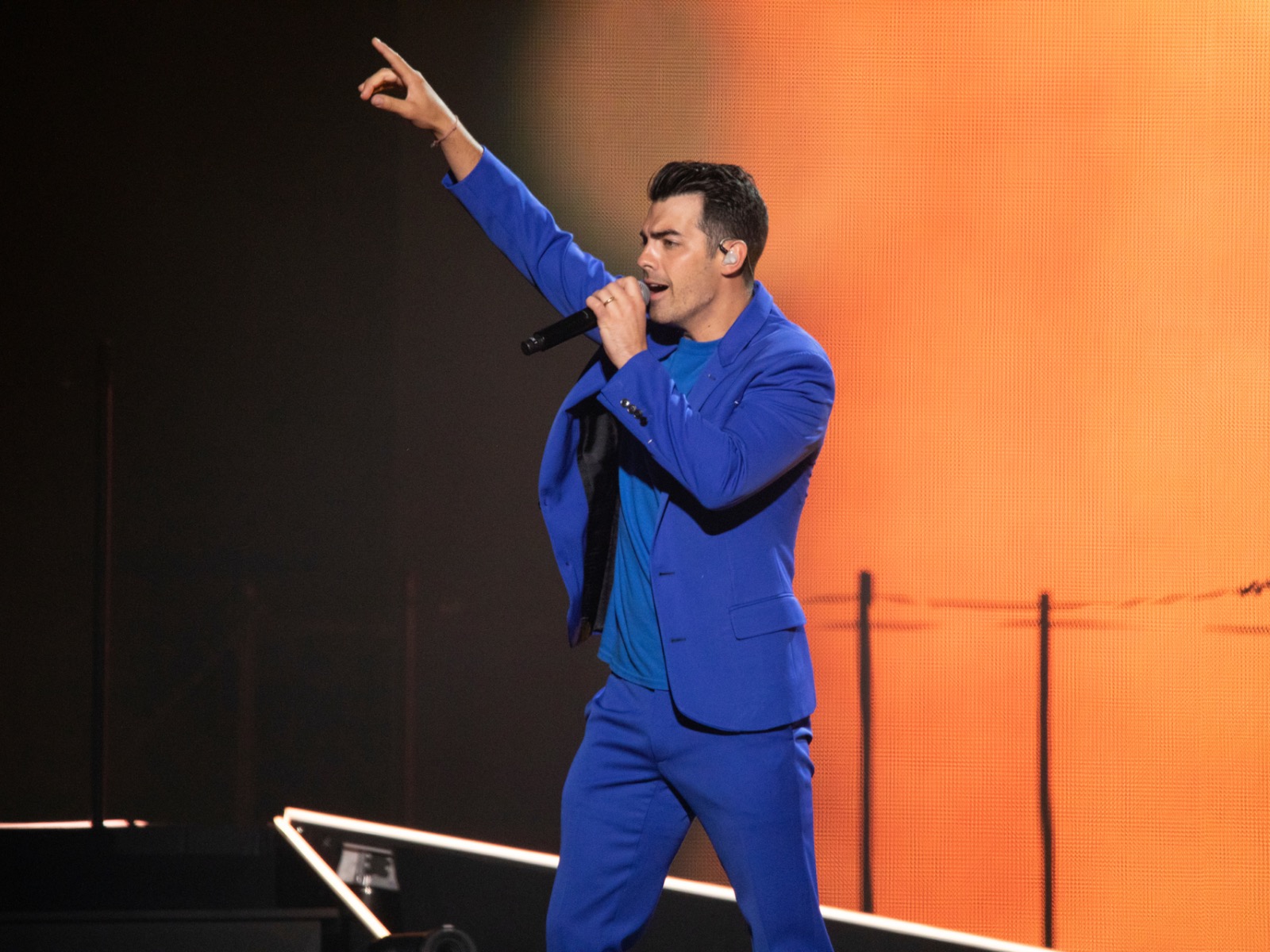 A bonus Jonas reason the brothers’ Fiserv show was better than their competition is that fans received a free DNCE and Nick Jonas concert with their price of admission. Halfway through the band’s headlining set, the Jonas Brothers delivered performances from outside the group’s catalog. Collectively the guys performed Joe Jonas’ "Gotta Find You," DNCE’s fun single "Cake by the Ocean" and Nick Jonas’ hit 2014 track "Jealous." 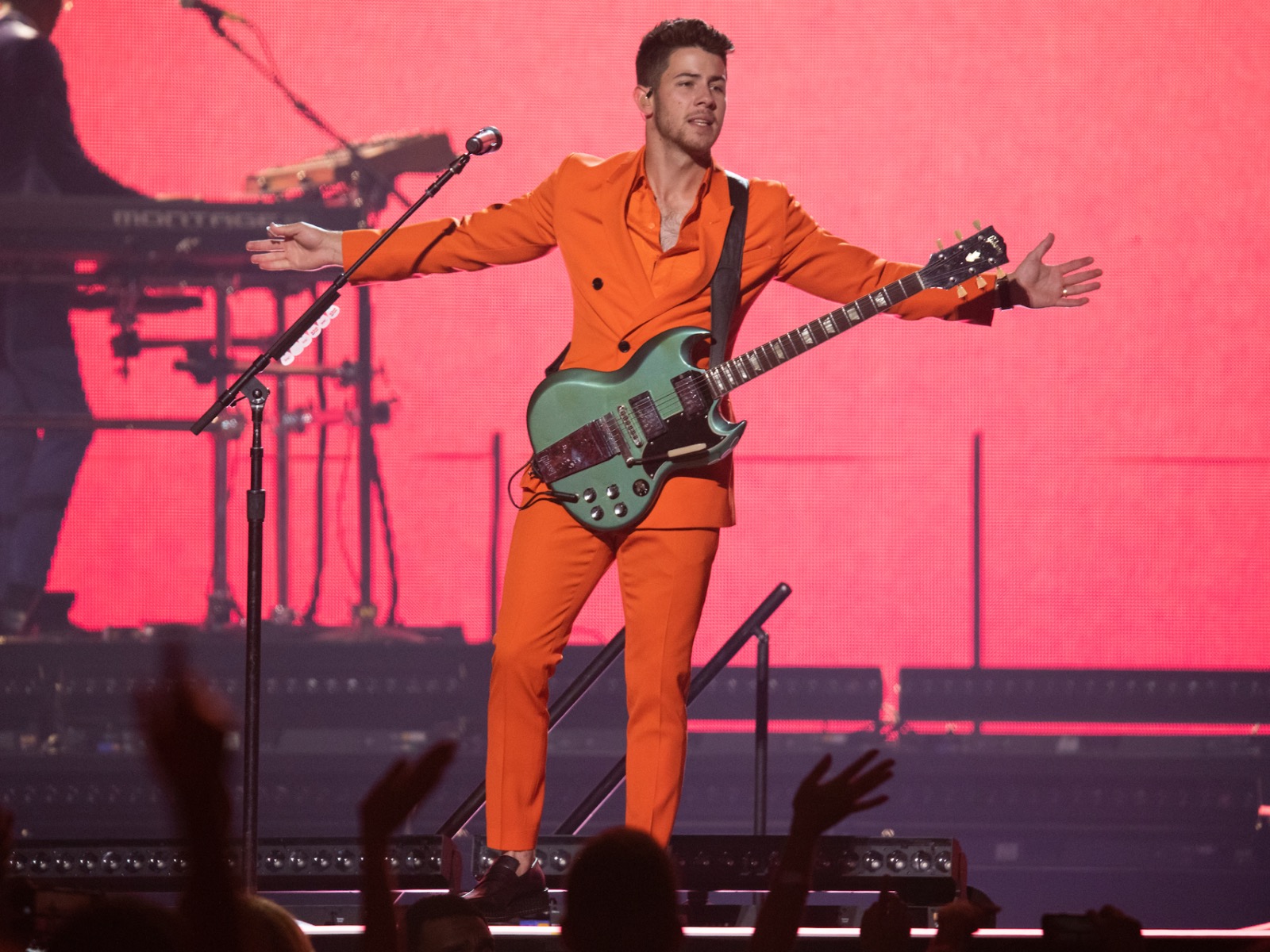 Although the Backstreet Boys’ performance last week was in support of their newest album, "DNA," nothing BSB or NKOTB has put out in recent years matches the quality of the Jonas Brothers’ new music.

With addictive singles like "Sucker," "Cool" and "Only Human", the Jonas Brothers’ new album "Happiness Begins" is full of hits. The gap between the band’s early years is microscopic relative to BSB and NKOTB, and as a result, they fit back into the modern music scene with relative ease. While their music has definitely evolved since their purity ring days, the differences in sound between "Burnin’ Up" and "Cool" aren’t massive, and their setlist on Tuesday night flowed naturally when mixing the new and the old.

"Happiness Begins" is one of the best pop albums of the year, and even without classics like "Year 3000," "Love Bug" and "S.O.S.," performances from the band’s latest LP alone are worth the price of admission. We can’t wait to see what’s next for the Jonas Brothers!