The Juice Kitchen will open in the Innovation and Wellness Commons at 16th Street and North Avenue on Oct. 30.

Beginning Oct. 30 after a 10 a.m. ribbon cutting ceremony, Milwaukeeans will have access to The Juice Kitchen, 1617 W. North Ave., a storefront serving up healthful fresh juices, smoothies and nutritious snacks.

But, owners JoAnne Johnson-Sabir and Maanaan Sabir note that the venue will be about more than just the products they’re selling.

"It will be a place to connect," says Johnson-Sabir, "A bridge among all the different people in the community."

The Juice Kitchen will open as part of The Innovation and Wellness Commons, a neighborhood project directed by Walnut Way which aims to promote engagement with area Lindsay Heights residents, forge connections between the private, nonprofit and public sectors, and establish an intent neighborhood focus on healthy eating. Other tenants of the commons will include an Outpost Natural Food Cooperative pop-up, offices for the Fondy Food Center and a commercial kitchen operated by the Milwaukee Center for Independence, which began operations in late August.

The juicery, which will share commercial kitchen space with MCFI, will provide the community with a warm space showcasing dark mahogany wood floors, four-top tables and bar-style seating against the front shop windows. A mural featuring George Washington Carver by local artist Ammar Nsorama will adorn one wall, along with other pieces of locally-created art (many for sale).  The shop will also include a book nook and lounge area where customers can read and learn more about health and wellness.

Creatively named offerings – many of which contain plays on words and hip-hop references – will include: Soul Food, a sweet potato blend; Bao, a green juice featuring kale, C Walk, a juice with flavors of orange and turmeric, Purple Haze, a sweet beet blend, the J Kid strawberry smoothie and a wintertime ginger juice blend, which is served hot. The shop will also offer juice shots, including ginger, beet and wheat grass. Moving forward, the Sabirs also hope to include healthful foods from area chefs like Trueman McGee, owner of Funky Fresh Rolls. 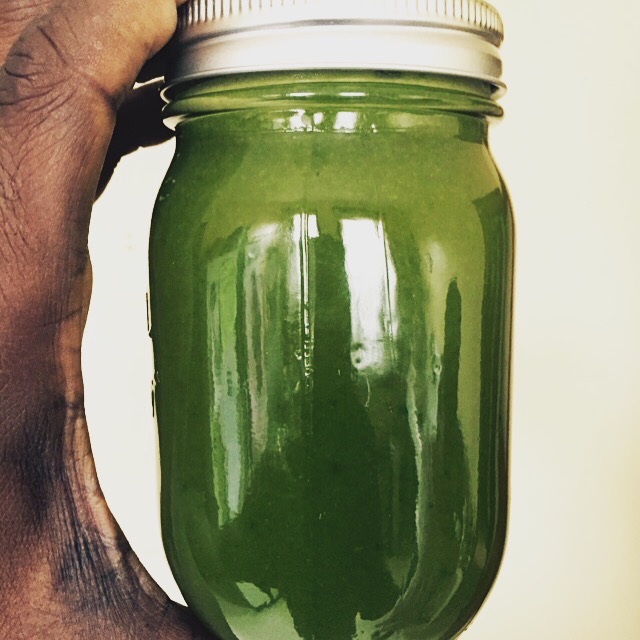 The menu will be ever-evolving, based on input from customers and community members.

"We’re always listening to our community," says Johnson-Sabir. "We want people to be satisfied with products we create, but also to contribute suggestions for things we could make."

Although the shop at The Wellness Commons will be new to many, The Juice Kitchen is actually a business the Sabirs have been running for the past seven years. And it derived from a very personal place.

Research led the Sabirs to watermelon.

"It came up as something that flushes the system and assists with getting rid of excess mucous," says Johnson-Sabir. "So, we started juicing watermelon and giving it to Taj. Right away, there was a rapid improvement. The juice became a mechanism to keep him hydrated and to keep the mucous at bay." 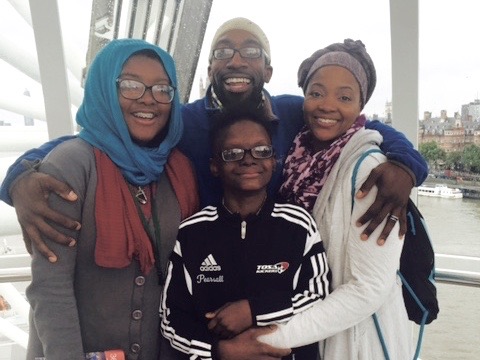 Meanwhile, Maanaan, a longtime member of the fitness and martial arts community, began sharing the information they’d learned about juicing with clientele of Sabir’s Karate & Fitness on 48th and Center, a business he owns and runs with his father.

"We were able to leverage the fitness and name," says Sabir. "I think the surprising factor was the amount of consistency, the number of people who kept coming back.  We developed a core of regular customers looking for the health benefits from juicing."

The Sabirs saw what they were offering as a service to the community. But, it wasn’t really until their son Taj, who was 11 at the time, commented: "This is a business, the juice kitchen," that they really began to see the concept of The Juice Kitchen begin to take shape.

The Sabirs connected with Dave Boucher, the owner of Amaranth Bakery, and began renting commercial kitchen space inside the bakery. From there, growth came quickly.

"Suddenly, we were delivering around the city," says Johnson-Sabir. "We also began doing educational sessions at Walnut Way, and Maanaan taught a class giving people an introduction to juicing."

Customers who purchased the juices regularly reported a variety of health benefits including weight loss, reduction of high blood pressure and relief from conditions including arthritis, depression and type 2 diabetes – results that didn’t surprise either JoAnne or Maanaan.

Johnson-Sabir, who also offers health coaching services says that she’s a big fan of listening to your intuition when it comes to dietary changes.

"We’re not the experts on what is best for everyone," she notes. "People need to listen to their bodies. Often we over-emphasize the food. Health is about your entire life, and that includes your mindset, your financial situation. Coaching can help people to reframe themselves in terms of their relationships to food."

As part of their dedication to assisting people in improving overall health, the Juice Kitchen will continue to offer classes focusing on promoting.  They will also offer options for juice-based cleanses, with a three-day cleanse, including six juices per day, starting at $105.

"Our cleanses offer people the opportunity for a new beginning," says Johnson-Sabir. "It’s like a reset button. It gives your system a break, and gives your mind time to rethink your consumption. It can be a great opportunity for someone to make dietary changes, moving from eating more processed foods to things that are more fresh, clean."

Tentative hours for the Juice Kitchen will be 7 a.m. to 3 p.m., with fresh juices available until they run out.  Follow The Juice Kitchen on Facebook for more information and updates.