In 2010, when Jeff Kamermayer and his wife, Carey Young Kamermayer opened Kam's Corner Tap at 8340 W. Lisbon Ave., they had no idea how their business would eventually impact the surrounding neighborhood.

In 2010, Jeff Kamermayer and his wife Carey Young Kamermayer opened Kam’s Corner Tap at 8340 W. Lisbon Ave., they had no idea what was to come, or how their business would eventually impact the surrounding neighborhood.

"Back in the day, I worked at Schneider’s down the street," says Jeff Kamermayer. "I bartended and Carey was a waitress on Friday nights. We never really thought of opening a bar, but when building owner Jack Lepold offered us the opportunity, we took advantage."

Lepold, whose family has owned the building since 1962, says the building has a history that dates back to the 1940s. Kam's was once a horse carriage repair shop. The warehouse behind the building once held an entire third floor of Model A's in storage. And the larger restaurant next door was home to a number of memorable spots including the Ole Lamp Inn, the New Lamp Inn and most recently Pete's Pizza. 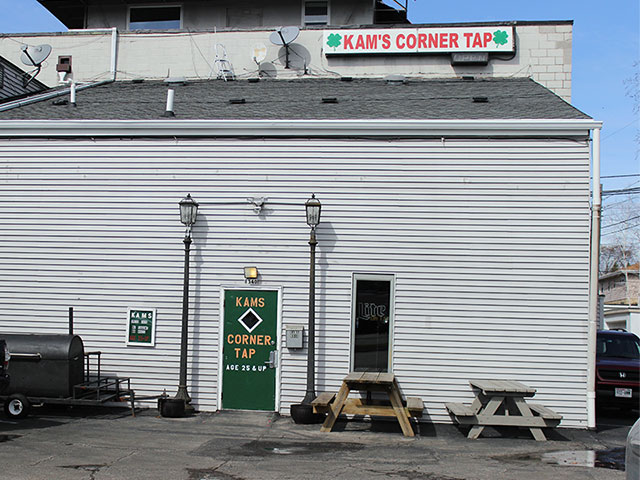 The small bar – located in a small, out of the way space in back of Pete’s Pizza – soon became a fun neighborhood joint where neighbors gathered for great happy hour specials along with ping pong, darts, pool, shut box, dice, pull tabs and shuffle board.

"It’s always been a very family and neighborhood oriented place," Kamermayer notes. "It’s a fun spot where everyone can come and gather and have a great time."

But nearly five years later, when Pete’s Pizza closed, the Kamermayers began to talk with Lepold. They were hesitant about opening another establishment on their own, but when Lepold and his wife Miriam agreed to go in as business partners, the concept for the Thistle & Shamrock was born. 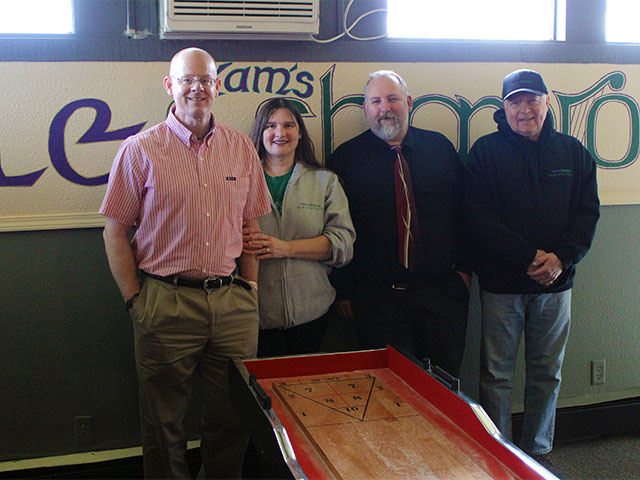 Kam’s Thistle & Shamrock opened in early 2015. Drawing from both Young Kamermayer’s Scottish heritage and the idea of a classic Irish pub, the partners created a jovial neighborhood bar and restaurant with a focus on from-scratch cooking, including housemade soups and sandwiches, braised corned beef and hand rolled mozzarella sticks. 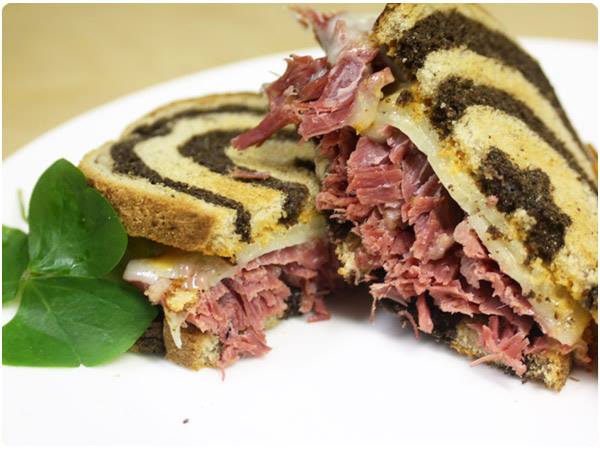 The fish, which is cooked to order, is lightly hand breaded and fried (or baked) and served up with rye bread, coleslaw and a choice of French fries, Thistle chips, baked potato or potato pancakes (served up with apple sauce or maple syrup). 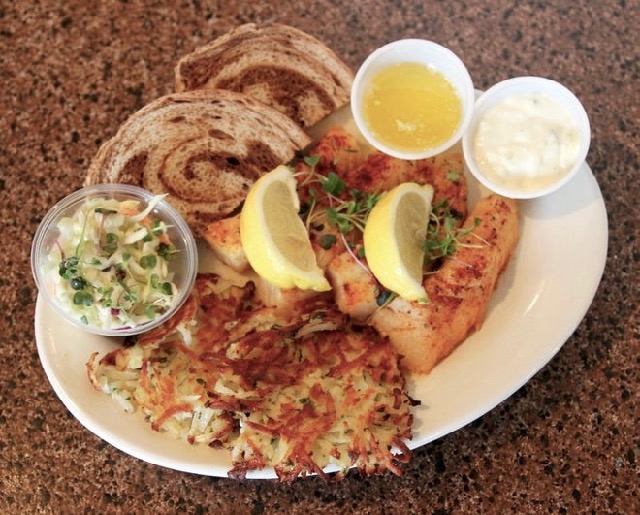 As for the vibe, it centers on community and family. Even Kamermayer's sons, Kyle and Tommy, can often be spied helping out with small tasks like kitchen prep, drawer counts and the like.

"We’re really trying to carry on the legacy of being a true neighborhood destination," says Kramermayer. "For many years, this building was home to the Old Lamp Inn. It was a famous blue collar bar during a time when Milwaukee had a lot more manufacturing jobs in the city. They were open at 7 a.m. every day and they’d be packed solid with third shift workers. It got to the point where folks from Briggs and Stratton would come and cash their paychecks at the bar. And that’s the sort of place we’d like to be."

"All of a sudden, there was this giant landmark building just sitting vacant on 78th and Burleigh," says Jeff Kamermayer, owner of Kam’s Tap and Kam’s Thistle & Shamrock on 84th and Lisbon. "Even worse, so many had lost their jobs in an already semi-poor economy." 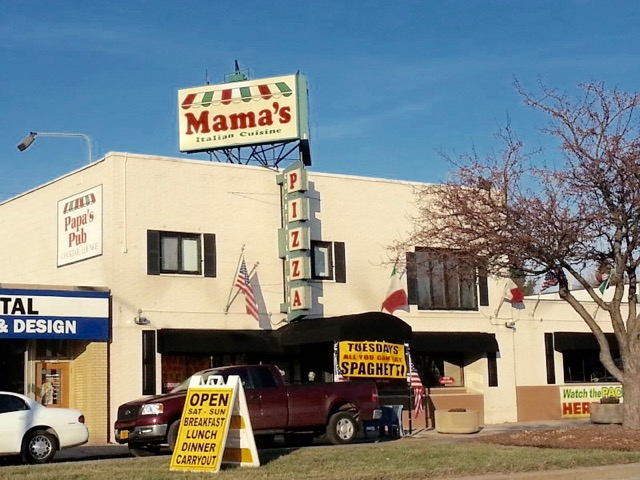 Kamermayer managed to offer employment to two of Mama’s former employees, Chef Giovanni Crivello and Dicky Heil. Heil became the general manager for the Thistle & Shamrock, while Crivello took a spot in the kitchen.

"People loved Mama’s food," says Kamermayer. "So, we decided to bring some of that back through the Thistle & Shamrock."

With Crivello’s help, the restaurant added a bit of Italian flair to its menu, including housemade thin crust pizza and a special Thursday night offering of housemade lasagna along with Mama’s style salad and garlic bread.

"People in the neighborhood love it," says Kamermayer with a laugh. "They say let's go to that Irish place with the Italian food..."

But, giving people Italian on Thursday evenings didn’t solve a larger problem – that of business development in an aging corridor of the city.

Fortunately Aldermen Jim Bohl and Michael Murphy saw the writing on the wall and, in fall of 2015, hosted a community meeting to discuss the future of the Burleigh Street and Lisbon Avenue business corridors, from N. 68th to N. 93rd Streets.

Kamermayer said the meeting was the beginning of what area business owners hope will be a renaissance in the west side neighborhood.

Lepold says the initiative, although still in its infancy, is beginning to resemble area business development initiatives like those taking place in East Tosa. And he wants the Thistle & Shamrock to be at the helm.

"We want to be a catalyst in getting things rolling for the neighborhood," he says. "We’ve already spent hundreds of thousands of dollars to improve our building and the kitchen in it. And there are more improvements on the way. We’re really hoping to provide others an impetus to invest in their businesses as well."

This April, the business owners will break ground on improvements to the Thistle & Shamrock, including the addition of a new L-shaped patio and beer garden that wraps around the southern and western sides of the building.

"It will give people a great space to hang out and grab a beer or dinner after work," says Heil, who says they’ll also be doubling their beer taps, from seven to fifteen to accommodate more craft beer options.

"Ultimately, it comes down to something simple," says Lepold. "We live here and we work here, and we really want the neighborhood to prosper."