Built to last: Kitchen remodel at Kegel's Inn paves way for next 96 years

Kegel's Inn, 5901 W. National Ave., will reopen its doors on Wednesday, Feb. 26 after a 10-day closure to accommodate extensive kitchen renovations. But the new kitchen means far more to the 96-year-old restaurant than bringing increased efficiency to its beloved Friday night fish fry.

Kegel’s Inn, 5901 W. National Ave., will reopen its doors on Wednesday, Feb. 26 after a 10-day closure to accommodate extensive kitchen renovations. And that means you can enjoy your Ash Wednesday fish fry at one of the area’s oldest continuously operating bar and restaurants.

But a brand new state-of-the-art kitchen means far more to the 96-year-old restaurant than bringing increased efficiency to the beloved Friday night tradition.

Moving Kegel's into the 21st Century

"This renovation has been in our minds for five years," says co-owner Julian Kegel. "From the moment we took over, we knew we wanted to make improvements to the kitchen and overall operations. And it was really a sign of our dedication to ensuring we could continue moving this restaurant into the future."

Despite his best intentions, Kegel also knew they couldn’t do everything at once. So, they focused first on making improvements to the food which was being served to guests.

"We got rid of the canned vegetables, sauces, gravies and dialed everything back to original family recipes and scratch cooking," he says, noting that they also focused their energy on projects like repairing the bar, adding a POS system and creating the Kegel’s Beer Garden in collaboration with The Public Table.

The beer garden took off, resulting in business growth of around 10 percent. Meanwhile, overall growth in West Allis created a new market of customers who were excited to explore the city and its offerings. Along the way, Kegel was able to begin raising the capital they’d need to bring the kitchen into the 21st century.

"Honestly, the last person to touch the kitchen was my grandpa George, and that was in the 1950s," he says. "The equipment they installed was top of the line, and so much of it lasted until now." 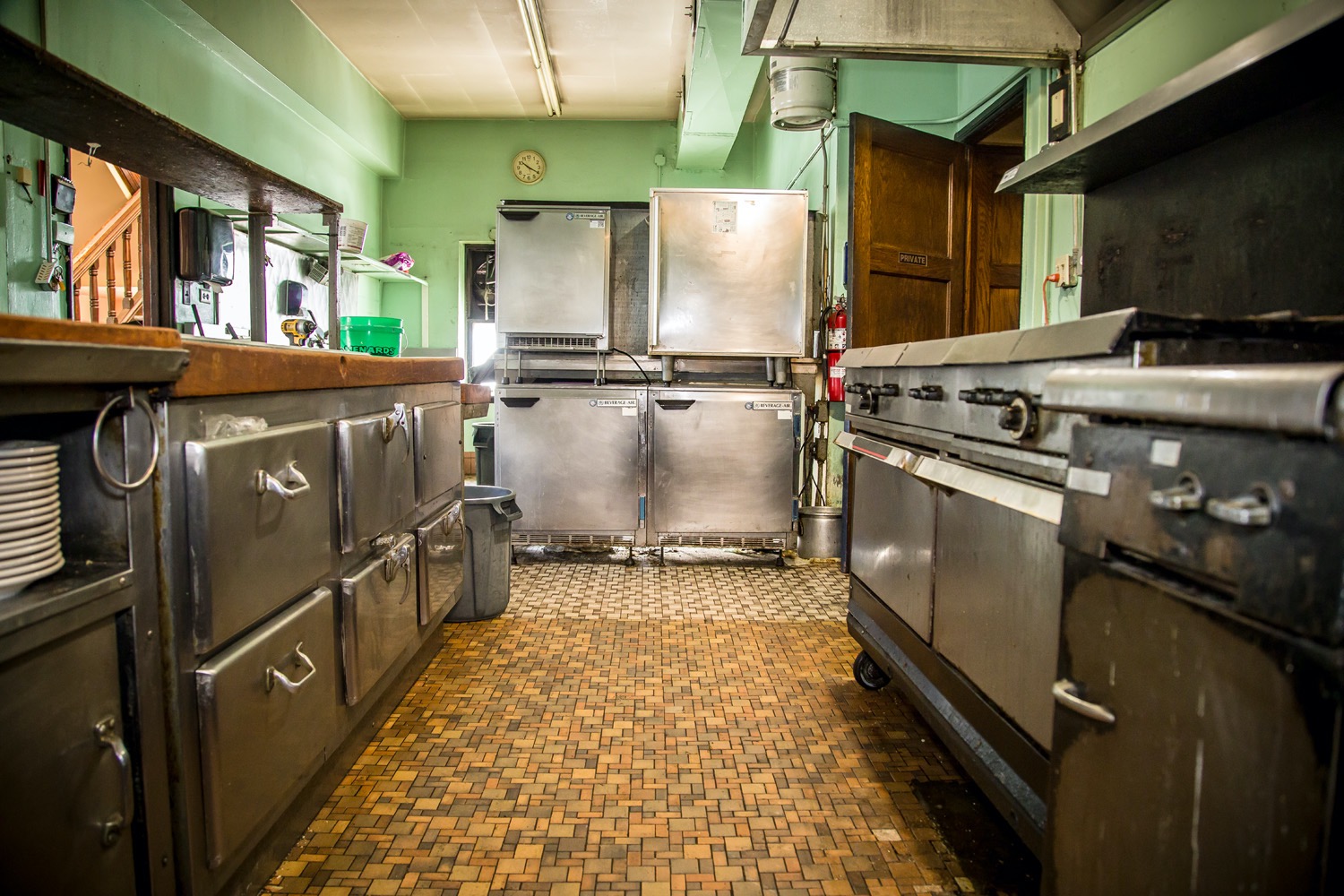 But despite the overall quality of the equipment, the design of the kitchen also reflected a mode of operation that needed to be upgraded to reflect the current needs of the bar and restaurant.

"The kitchen was built as a banquet kitchen," he says. "Because for a long time my grandfather had refocused the business to accommodate events and weddings. But now, we really do more consistent business every day. So we needed a kitchen that brought efficiency to those processes."

Improvements include a brand new dish pit, stainless steel walls and shelving, the addition of refrigeration on the line and numerous equipment upgrades.

"When we put in a POS system last year, we were finally able to more easily see data about what sells on our menu," says Kegel. "And when we took a look at that what we found is that we sell more schnitzel than anything else."

The result? An expansion of the cooking area to include 18 new state-of-the art gas burners (a vast improvement over the previous 10). 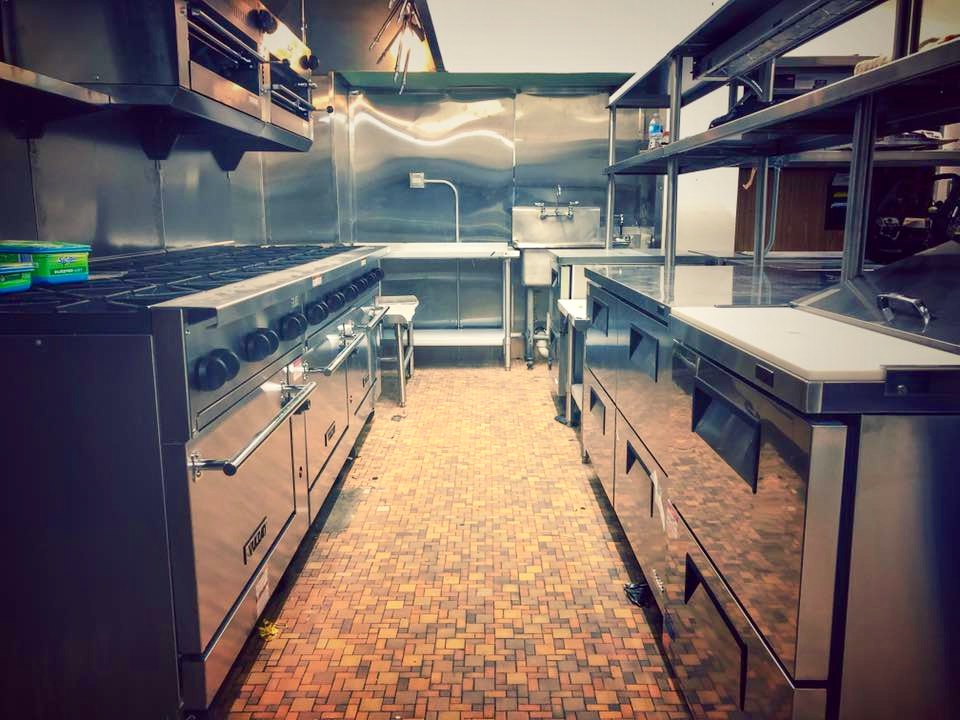 The kitchen has also been reconfigured to include a full time expo station, relieving waitstaff of their former exposition duties and giving them the ability to spend more time on the floor with customers.

"Efficiency and output will be much better, and cleanability will be vastly improved," says Kegel. But the new kitchen will also be far better equipped not only to service lunch and dinner guests, but also the crowds that gather in the summer to enjoy the outdoor beer garden and the ice skaters who utilize the new winter skating rink on the street right outside the restaurant.

Looking to the future

Kegel says the new kitchen is just one step among many he hopes to implement in an effort to better serve the West Allis community.

If all goes well, he says they plan to make improvements to the beer garden next summer, including the addition of both outdoor waitstaff (especially on weekends) as well as an outdoor bar, which will facilitate orders for both food and beverage. 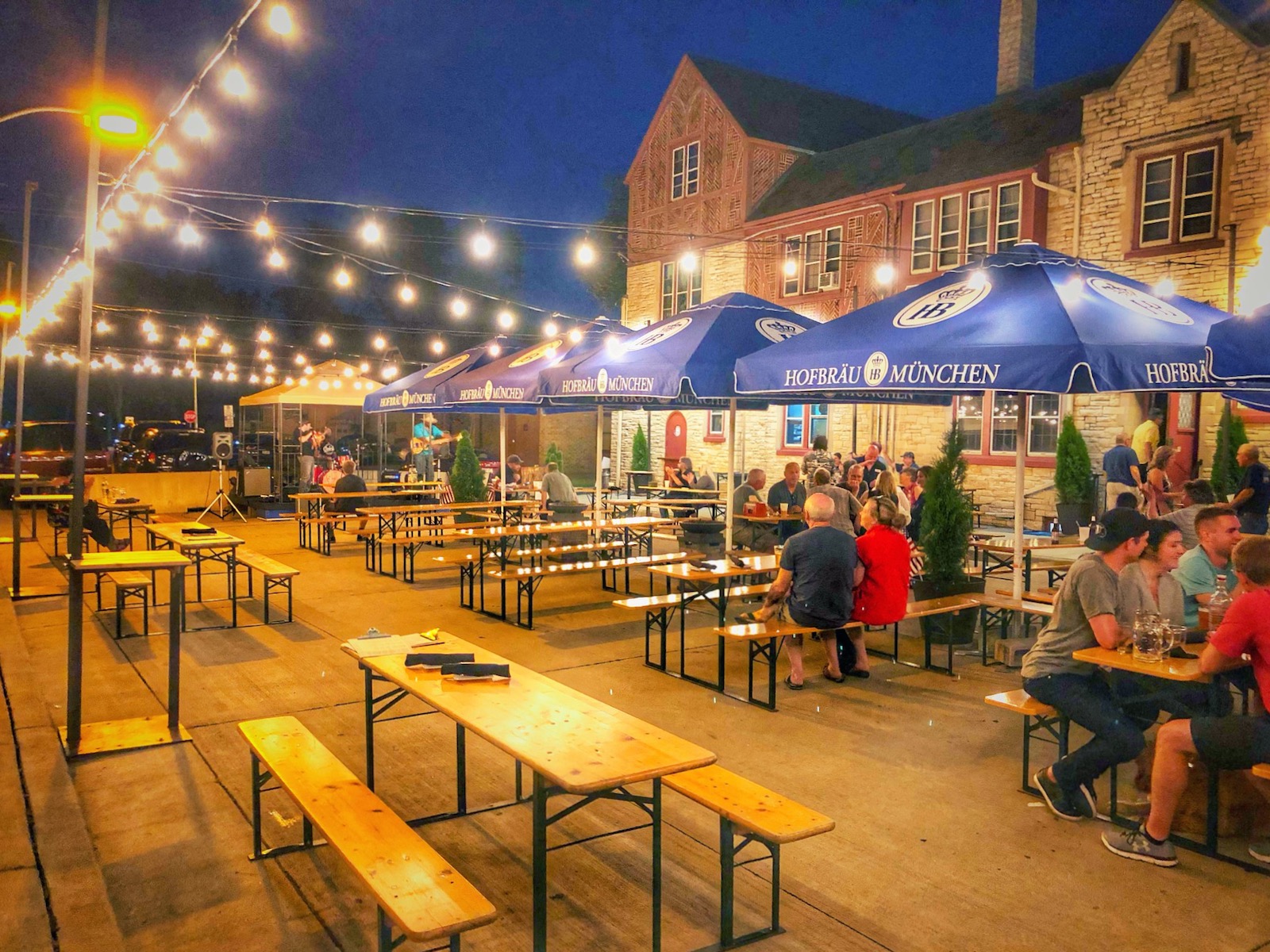 "Our goal is also to solidify permanent use of the street for the beer garden and ice rink," he says, noting that he’ll be going before the West Allis plan commission in March to make the case for shutting down the street permanently.

Kegel says he’s also investing time and energy to assist his brother Noel Kegel, co-owner of Wheel & Sprocket with the launch of a new food and beverage venue at the company’s new Bay View headquarters, which will be located at 187 E. Becher St. in Bay View.

The new facility will house not only the bike company’s corporate offices and their new and used bike and repair service shop, but spaces to house the Rails-to-Trails Conservancy and Wisconsin Bike Federation. There are also plans for a small coffee shop and eatery called Joy Ride Cafe, which will be open to both the public as well as the adjoining businesses.

"We’ve been blessed at Kegel’s Inn to have a really great following over the years," says Kegel. "And it’s been really encouraging to see the growth in West Allis and the surrounding area. But ultimately, every little step forward comes back to stewarding the history of this iconic place and helping it flourish for the generation to come."

Ardent will close later this month for a diner-friendly redux

Get ready for a new Dream Dance Steak; venue to close June 9 for renovations