Kindred in Bay View seeks to conjure spirit of family

Kindred is a new restaurant slated to open as soon as mid-January in the new Kinn hotel in Bay View. The co-operators for the restaurant are sisters Marija and Vesna Madunic, owners of Firefly Urban Grill in Wauwatosa and Gracious Events catering.

Kindred is a new restaurant slated to open as soon as mid-January in the new Kinn hotel at 2535 S. Kinnickinnic Ave. in Bay View.

The co-operators for the restaurant are sisters Marija and Vesna Madunic, owners of Firefly Urban Bar & Grill in Wauwatosa and Gracious Events catering. When Kinn owner Charles Bailey reached out to them, Marija says she was immediately intrigued.

"We’d catered his wedding 10 years ago," she says. "When he showed us the space, we instantly fell in love. There’s such warmth and character in these old buildings. And that combined with the overall spirit of Bay View … it just seemed so fitting for the style of the things we love to do."

Kindred’s chef will be Pennsylvania native Nathan Rader, whose recent work includes a post as executive chef of Zemi Beach, a resort located in Shoal Bay Village in the West Indies. Ryder has also worked at Amangani in Jackson, Wyoming, Post Ranch Inn in Big Sur, California and at The Heights Cafe in Ithaca, New York.

Madunic says she connected with Rader through a culinary agent and immediately knew they had a connection.

"In talking about the feel of the space," she says, "he was a perfect match. He’s all about drawing on the natural aspects of food, sourcing locally and really taking a simple approach to making amazing food that’s playful and creative."

Though still in process, Madunic says Rader’s menu will focus on new twists on American cuisine and will feature small plates, entrees and desserts. 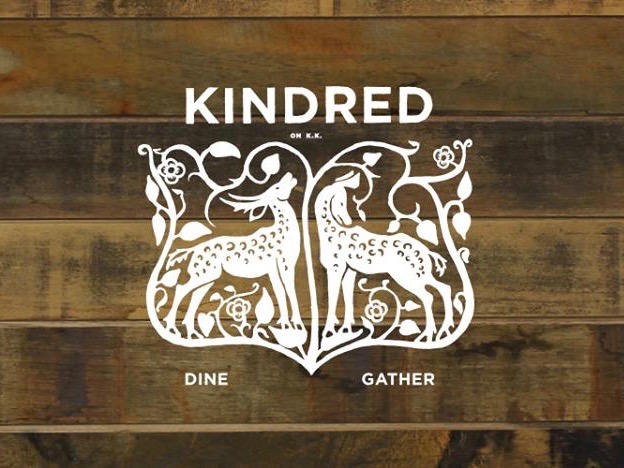 Even the name of the restaurant is far from an afterthought. Kindred, Madunic says, not only describes the relationship she has with her sister and fellow business owner, but it tells the story of the kind of place they’re aiming to create.

"It’s a place where people will naturally meet and gather," she says. "They might be strangers, but they’re drawn together by a warm, friendly space that’s comfortable and cozy. It’s a reminder that we are kin. We are together."

A large communal table in the center of the restaurant will contribute to the restaurant’s theme, which Madunic says is about creating an environment that’s an extension of home. As for the decor, it will capture the sort of experiential dining for which the Madunic have become known.

"We’re using a lot of reclaimed wood from the building itself," Madunic notes, "Along with warm tones. There will be cozy nooks for people to enjoy, a tucked-in bar and velvet banquettes."

Meanwhile, an outdoor terrace in front of the building will feature a fire pit and outdoor dining area where diners can enjoy their meals al fresco.

"It’s on a bit of an elevation," says Madunic. "So it’s the perfect little perch for enjoying dinner and cocktails."

Kindred is expected to be open seven days a week for dinner. She says brunch is also planned for weekends.

Follow Kindred's progress on Facebook, and keep your eyes on OnMilwaukee for updates as they become available.