Any day now, the single-story brick building on the corner of 5th and Juneau will disappear from the landscape, removed to make room for the new Bucks arena and related development.

Any day now, the single-story brick building on the corner of 5th and Juneau will disappear from the landscape, removed to make room for the new Bucks arena and related development. 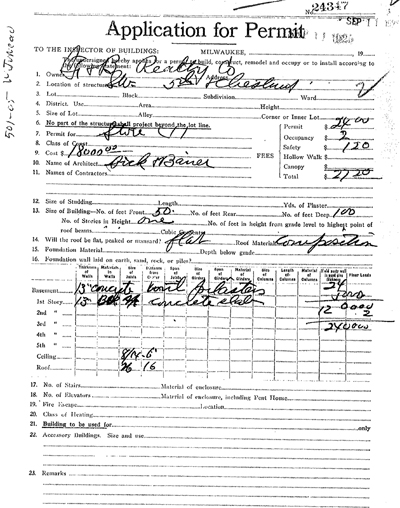 Kissinger’s owners, Walter and Franceen Heimerl, sold the property at 505 W. Juneau Ave. and now their meat and poultry business has combined with Pritzlaff Meats at the latter’s New Berlin location.

The building was erected in 1926 at a cost of $18,000 to plans drawn by architects Gustave Dick & Alexander Bauer, who were perhaps best known for their theater work. The team drew plans for the Oriental, Tower, Astor, Colonial, Garfield, National, Milwaukee and other theaters in the city.

It appears that meat and poultry dealers Fiebrantz and Benz had the place built – around that time Kissinger’s (owned by Alvin Kunz) was located a block east at 410 W. Juneau Ave. – by the mid-1930s, though John Diller applied for a license to run a tavern in at least part of the space.

Diller’s brother George had run a pharmacy nearby at 6th and State Streets and, when George died, John donated whatever contents the Milwaukee Public Museum desired to create an apothecary exhibit as a tribute to the late pharmacist. The materials selected formed the basis of the recreated apothecary, and other items began to arrive from different sources. 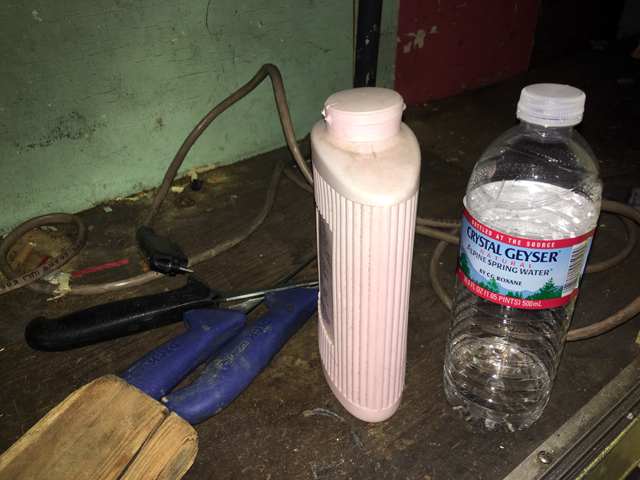 In fact, at least through 1959, Fiebrantz and Benz operated out of the south section of the building, which carried an 1149 N. 5th St. address, while other businesses occupied the space facing Juneau, often also utilizing the adjacent building to the west, long since razed. After the Black and Tan Tavern (presumably Diller's place), the Juneau address housed Modern Cabinet and Restaurant Supply Co. in the 1940s and '50s.

In spring 1960, Kissinger’s – by then run by George Mueller Jr. – bought the building and planned to use it for poultry processing, and remained there until last year. 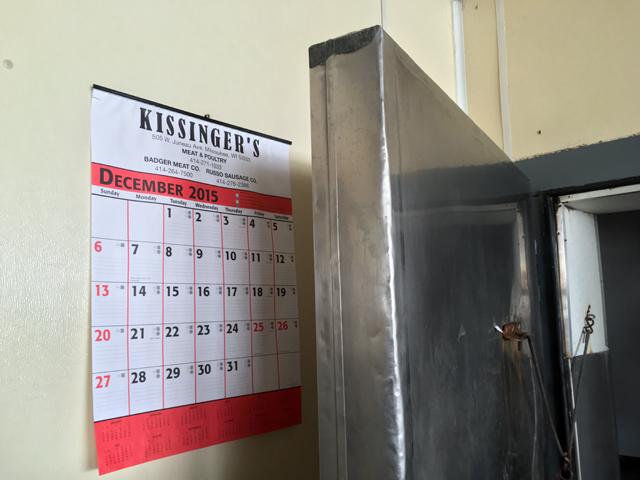 A 2015 Kissinger’s calendar still hangs inside, along with a few knives, a fly swatter, a handful of walk-in meat lockers and other remnants of a meat processing. 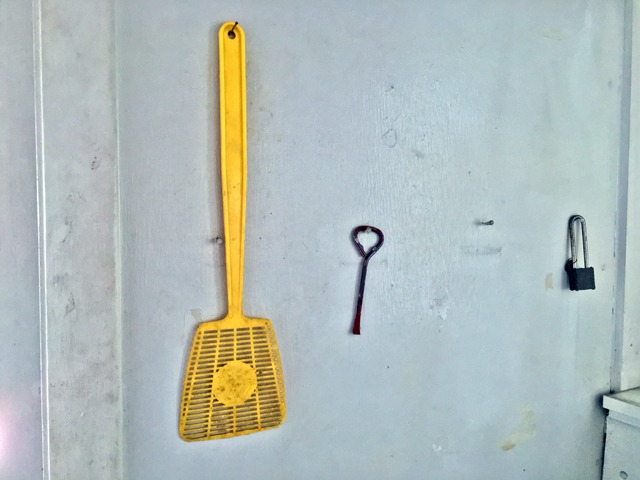 Otherwise, the place is basically empty. I nosed around the basement a bit, which had no lights, and the attic and saw nothing. Perhaps ironically – or appropriately? – a Bucks banner hangs in one of the vacant office spaces. 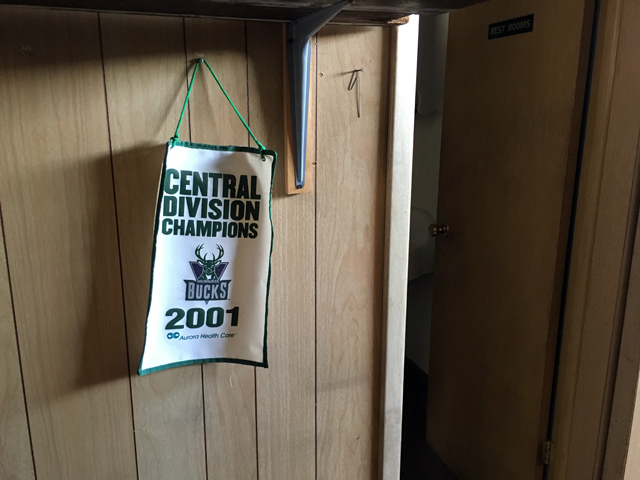 Outside, there are some nice little brick details and, if you walk around the west side of the building, a trio of chimneys that make for a nice photo. From this side one also gets the sense that the southernmost section of the building was built either before or after the rest.

Here are some more photos from my visit... 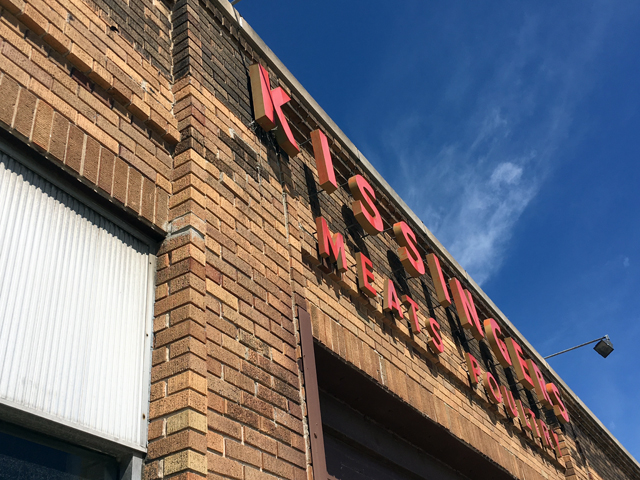 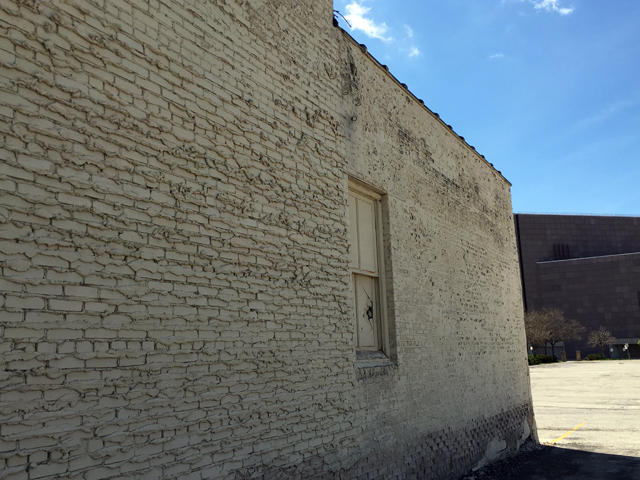 The ladder up to the attic & freight elevator to basement 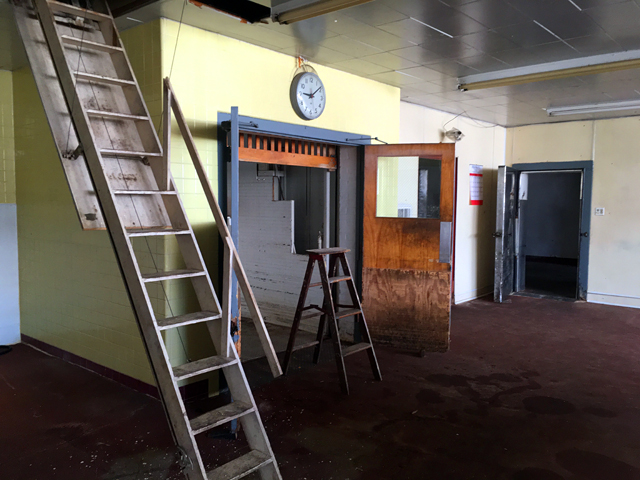 Attic ladder to the roof 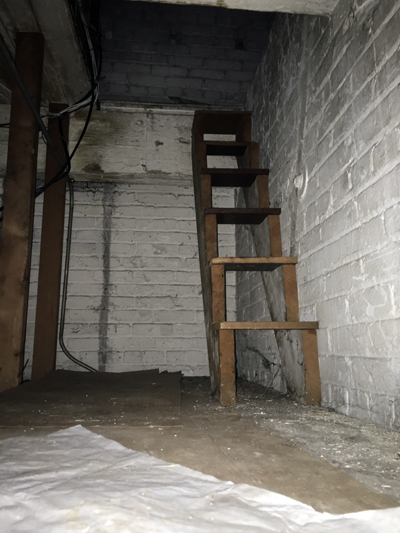 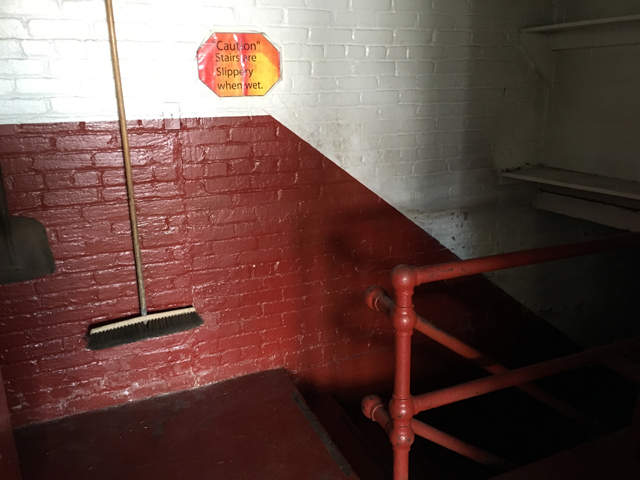 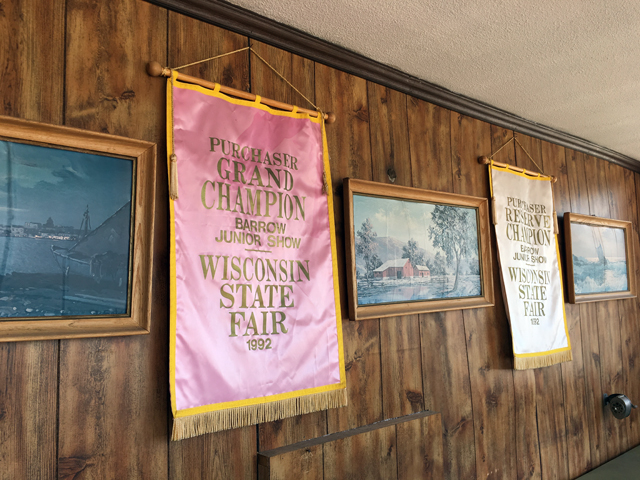 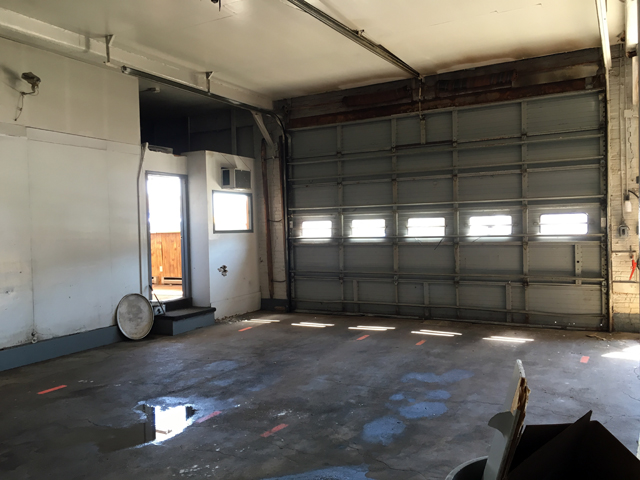 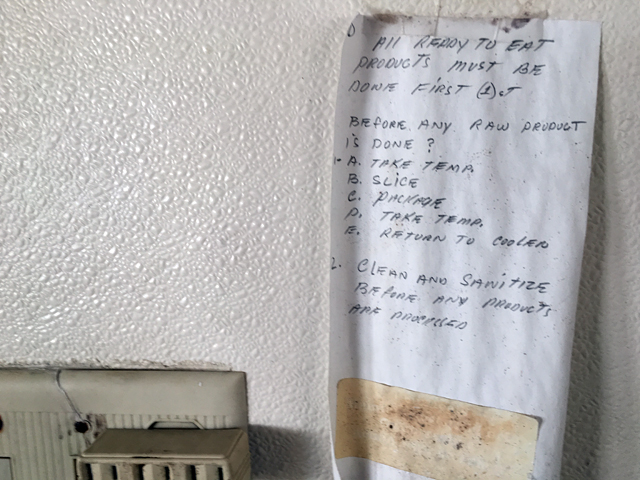 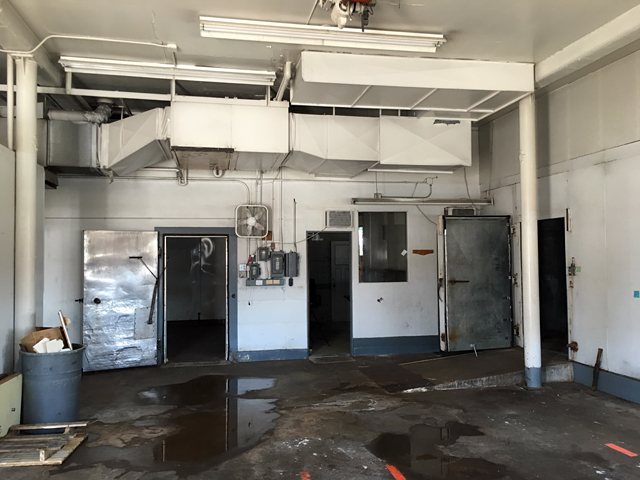 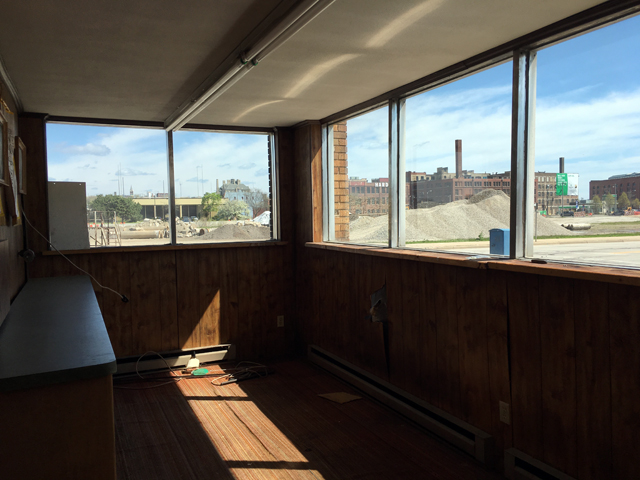 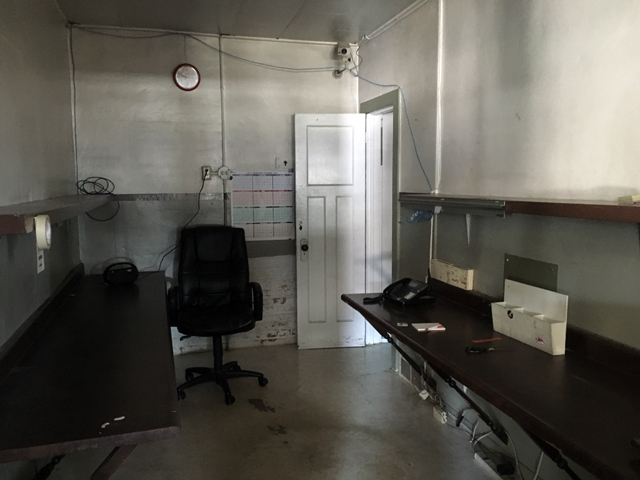 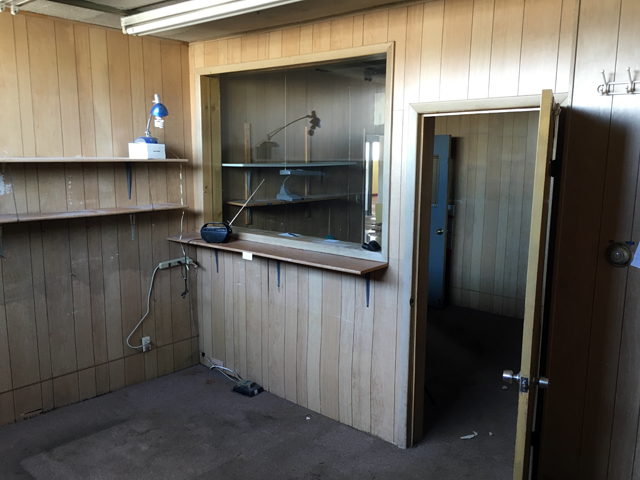 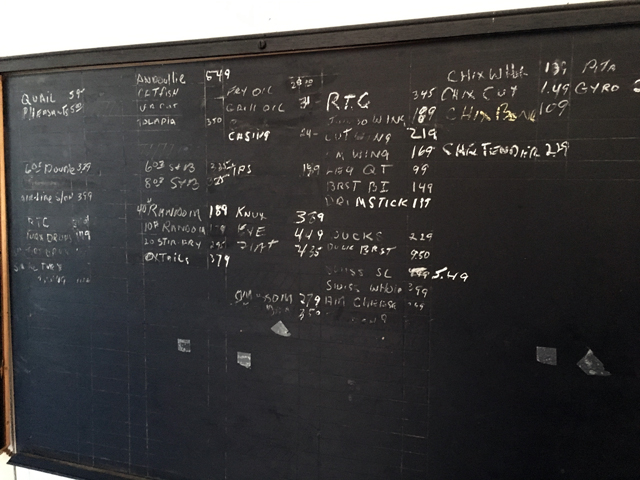 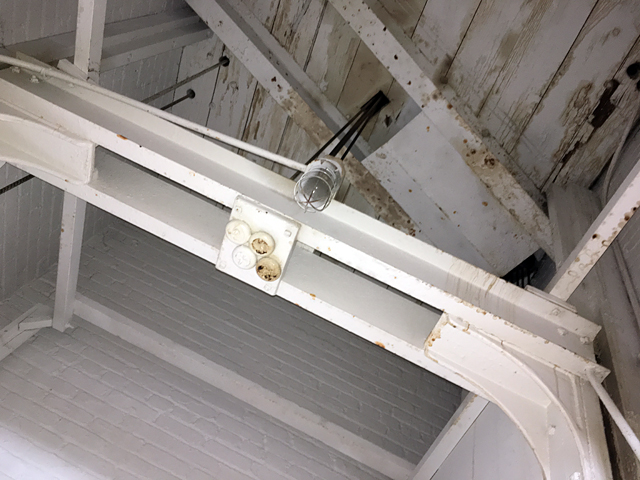 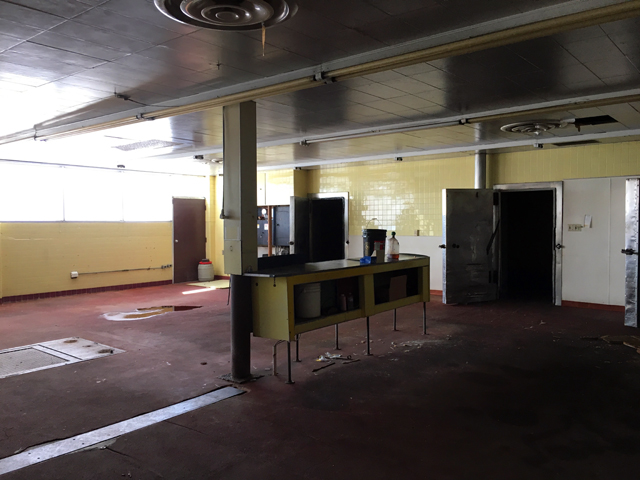 Justin Timberlake will perform at new Bucks arena on Sept. 21