Probably the last place you'd expect to find a garden is two stories up in the middle of the Third Ward. But, if you gaze up to the second floor balcony behind Onesto you might spy a burst of green. That's because that unused second story space has been repurposed into a fully functional kitchen garden.

Probably the last place you’d expect to find a garden is two stories up in the middle of the Third Ward. But, if you gaze up to the second floor balcony behind Onesto, 221 N. Broadway, you might spy a burst of green.

Sazama says they started experimenting with a garden on the deck last year. Their budget was shoestring, but for $200, they gathered enough supplies, including soil, plants and an assortment of planters, to grow a cadre of tomato plants, peppers and herbs. 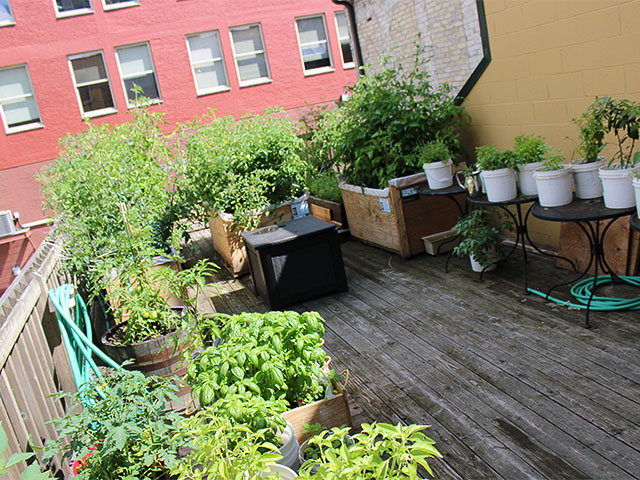 "I’d just moved into a new apartment, so we repurposed some shelving and things from my move," Sazama says. "And we hauled like 3,000 pound of dirt through the restaurant and up the stairs."

Sazama, whose father and grandmother were both avid gardeners, says he’s taken hints and tips from them along the way. And he and Holz have employed their collective knowledge, as well as a bit of ingenuity to create a functional patio green space.

Planters were built from repurposed pallets, wooden boxes and discarded barrels. Compost was donated by Blue Ribbon Organics. And a variety of plants were acquired from Carly and Joseph Ledger of Aromatic Acres, a micro-farm situated at the UW Extension Firefly Ridge community gardens. 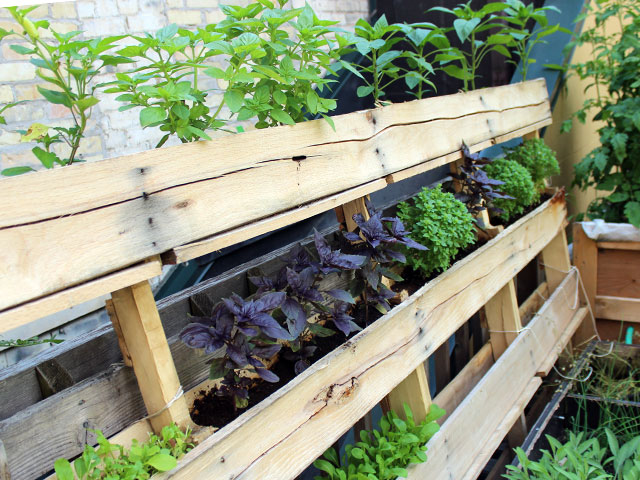 "Last year, we had way more produce than we really knew what to do with," says Sazama. "We found that it was the perfect environment to grow tomatoes. So, this year, we’ve really started to track what we’re growing. And we’re growing things that we can really focus on as center-of-the-plate ingredients."

This year’s garden contains a mix of over 36 types of plants, including tomatillos, lettuce, peppers and zucchini along with hybrid and heirloom tomatoes like Green Zebra, Black Krim and Purple Cherokee. Those grow alongside nearly fifteen herbs including four types of basil, marjoram, thyme, lemon balm, mint and sage. 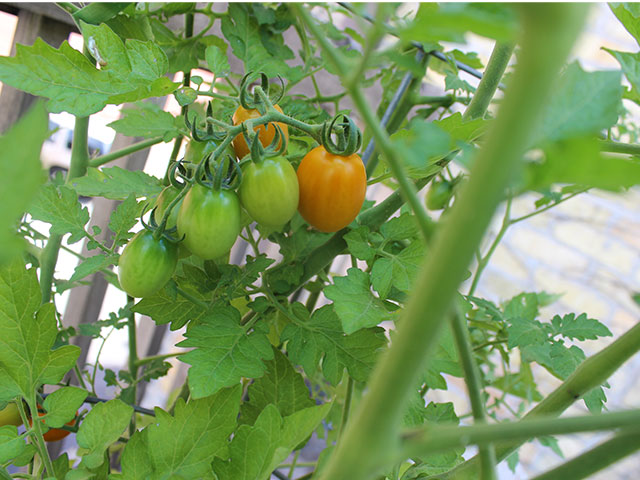 Some of the harvest is used in Onesto’s "Patio Salad" which is a daily special featuring all ingredients clipped from the kitchen garden. Tomatoes are used in a variety of dishes, including the restaurant’s Garden Tomato Caprese salad featuring fresh mozzarella, olive oil, sea salt, basil and balsamic reduction. 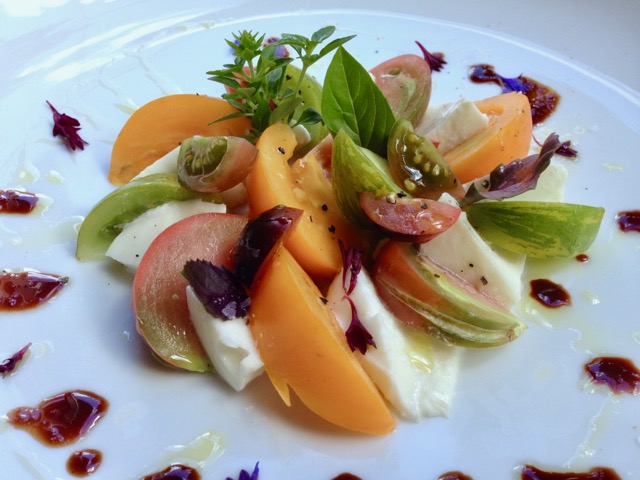 The kitchen also uses tomatoes, chive blossoms and basil in a blistered tomato pomodoro sauce, which is served with fresh fettuccine. 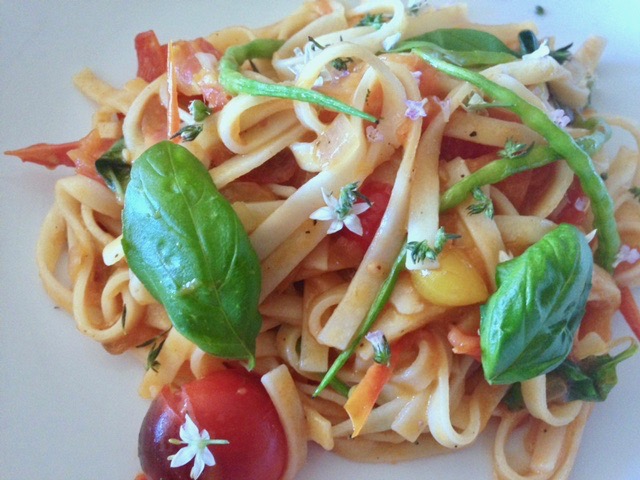 Basil is harvested daily and used to make fresh pesto. Meanwhile, the bar uses a variety of fresh herbs to create syrups and garnishes for cocktails.

"People are going wild over the dishes," Sazama says, "and it’s because they’re so fresh and delicious. There’s something really amazing about produce that’s that fresh. And it’s what people want at this time of the year."

Sazama says the restaurant has reaped numerous benefits from the garden.

"It’s incited experimentation on our part to find ways to use all the fresh ingredients," he says. "And for me, the whole process has been really therapeutic. There’s nothing like spending time outside, pruning vegetables and clipping herbs."