If you're looking for some of the best polka in the city, there's no better place than Kochanski's weekly "Polka Jam." And you can take my word for it when I say there's so many great reasons to put it on your bucket list of things to experience in Milwaukee.

There’s something about an old school corner tavern that makes my heart skip a little beat.

One of the spots that always seems to give me that funny little fluttery feeling is Kochanski's Concertina Beer Hall at 1920 S. 37th St. And there’s good reason for that. It’s solidly among the last of a dying breed of old-school, neighborhood Milwaukee bars, each of which contributes in its own unique way to the preservation of the Cream City’s cultural history.

In the case of Kochanski’s, that contribution comes in the form of polka.

In fact, if you’re looking for some of the best polka in the city, there’s no better place than Kochanski’s weekly "Polka Jam," held every Wednesday evening beginning at 7 p.m.

And you can take my word for it when I say there’s so many great reasons to put it on your bucket list of things to experience in Milwaukee.

1. Kochanski’s is a piece of living history

Kochanski’s might well be the last remaining polka bar in the city. And that’s something, considering there were once a good number of them, particularly on the near South Side. Conejito’s was once home to a polka bar. Steny’s was once a spot called Cordovox. And La Cage was once called Louie Bashell’s Polka Palace.

Just watch the musicians as they gather with their accordions, concertinas and Slovenian button boxes. If you’re lucky, someone will drag out their tuba. Most have been playing their instruments for years. And a few seem to have their own bands of loyal fans who come out just to watch them play. It’s a hard thought to have, but what happens when, someday, these musicians are gone? This is one of the many things in our city that you need to experience … before you simply can’t any longer. 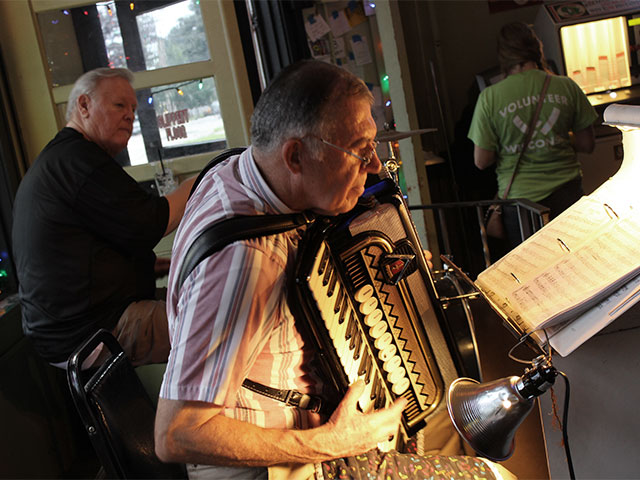 2. You should learn the official state dance

It’s true. Polka is Wisconsin’s official state dance. In fact, while over 25 U.S. States have official state dances (most of which, strangely, are the square dance), Wisconsin is the only to have claimed the polka. Polka in Wisconsin dates back to the 1800s when immigrants arrived with their their brass instruments, accordions and folk dances, among them the polka. The music was a symbol of home and the joy of family. And rest assured, if polka music was playing, peoples’ feet were moving and there were plenty of friends, family, food and drink to be found. 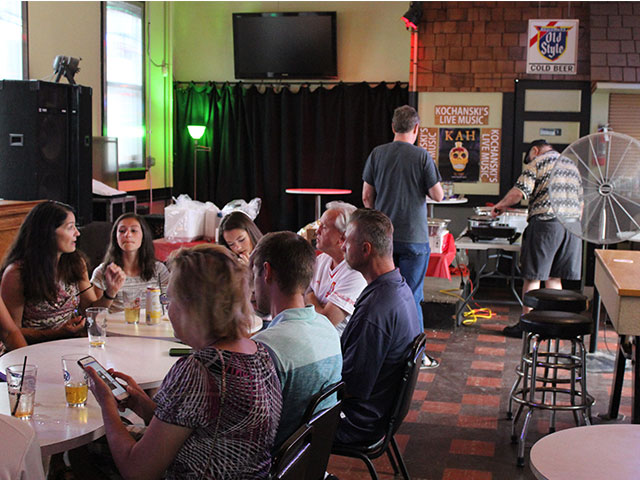 3 The food is delicious

A brand new feature at the Wednesday Polka Jam is a full Polish dinner catered by Riverwest Deli and Catering. Yes, it’s served up in divided styrofoam take-out containers, but let’s not be judgy. After all, those tender galumpkis taste like something your grandmother used to make. And the Kielbasa, kraut and pierogi aren’t too shabby either. Even better, that entire plate of food is just $12. Individual items are also available for purchase, to the tune of $1.25 each for pierogi, $2.50 for glumpkis, and a Polish Pipe Bomb (kielbasa and kraut on a bolillo roll) for just $5. Finish off your dinner with a $2 shot of Jezynowka Polish blackberry brandy. Because, why not? 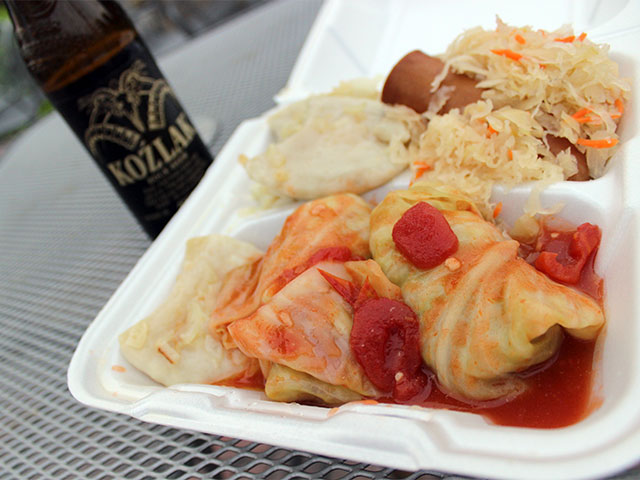 4. There is plenty of beer

Incidentally, Kochanski’s also happens to have one of the largest collections of Polish beer in the city, and those Polish brews are all $1 off for the occasion. So, consider this a moment to branch out and try something new like the sweet, malty Kozlak bock. Or just get a can of Pabst or a pour of Miller Lite. No one will judge.

It’s a Wednesday night. You’ve got a beer in your hand. And there are few more enjoyable ways to pass the time than watching people polka, except maybe engaging in the dance yourself. The brilliant thing about the polka is that it’s pretty easy to learn. And when you’re surrounded by folks who already know the ropes, there are plenty of people to look to for guidance, even if it’s your first time. In fact, on any given Wednesday, there are folks of all shapes, sizes and ages – from kids and their families to young hipster couples and adorable grannies. And they’re all having a great time. 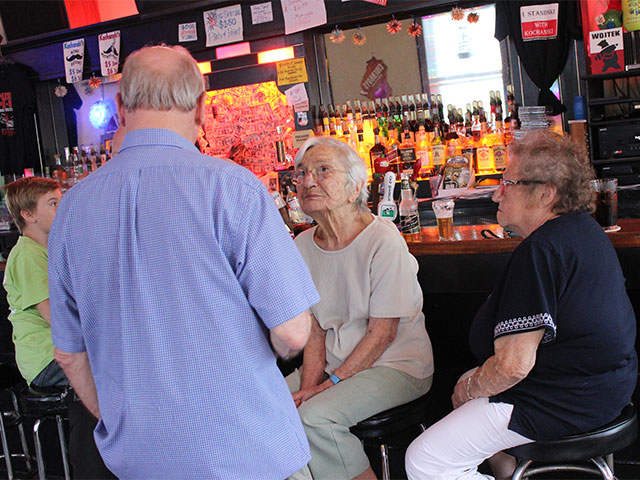 6. It will make you happy

In fact, maybe the best part about Polka Jam Wednesdays is that – at the end of the night – it’s pretty tough not to leave happier than you came.