It's time for a change, noted Chef Peggy Magister in a conversation about the forthcoming closure of Crazy Water and its reconceptualization as La Dama Mexican Kitchen.

Note: edited on June 16 to reflect a change in the opening date for La Dama.

On Monday, we shared the news that Crazy Water, 839 S. 2nd St., would be closing its doors on Thursday, July 2.

The restaurant, which has been a Walker’s Point staple for over 18 years, has treated guests to a menu of California-inspired dishes, earning chef and owner Peggy Magister the honor of being named among the semi-finalists for the James Beard Foundation Best Chef Midwest award in 2010.

But, it’s time for a change, noted Magister in a conversation about the forthcoming closure and reconcepting.

"It’s been difficult for the past five years or so," Magister says. "This style of dining has really gone out of fashion. I still enjoy it; but it has had its run. I’ve had my run. I felt like the last year we were barely hanging on. I seriously considered closing and leaving the industry altogether. But what would I do? I still have a lot of energy, and I still love coming to work every day."

In fact, she says she’s very much at peace with her decision to let go of the Crazy Water concept.

"I’m not overly sentimental," she adds. "So, it’s relatively easy for me to let go. But I do like starting new things, and I’m really excited about moving ahead." 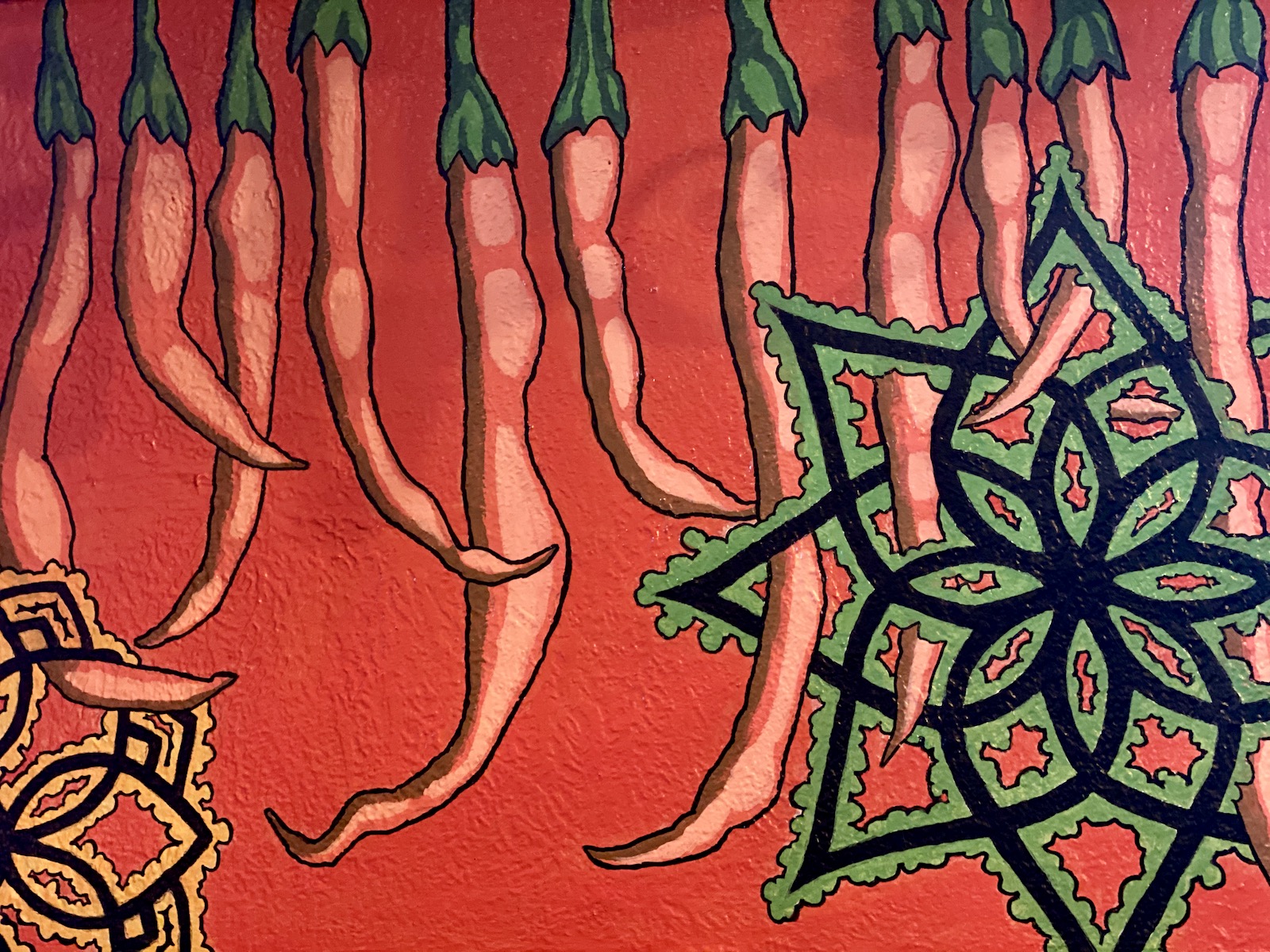 For Magister, moving ahead means collaborating with Emanuel Corona, a chef who has worked for Magister for over 20 years, starting with her at The Fork Café in Cedarburg and assisting her with opening Crazy Water in 2002.

Corona himself was born in Mexico City, but he spent years living in both Puebla and Oaxaca, and Magister says his mastery of the flavors of the cuisines there has always delighted her.

"He’s been the creativity behind so many dishes in recent years," says Magister, "And we have had ongoing conversations about different possibilities and changes we could make for a while now. So, when the opportunity presented itself, we decided it was time for a change."

The new restaurant concept will be called La Dama Mexican Kitchen, a name Corona chose to pay homage to the women in his life, including both his mother and grandmother, both of whom shared their knowledge and taught him to cook from a very young age.

The mural accompanies several other smaller works, depicting a variety of images from sugar skull themes to chili peppers, all created by local artist Julie Roth.

The murals are just a few of the basic changes that Magister says they’ll be making to the interior of the restaurant. "We’re not doing too much," she says, noting that she hopes the food will speak for itself. 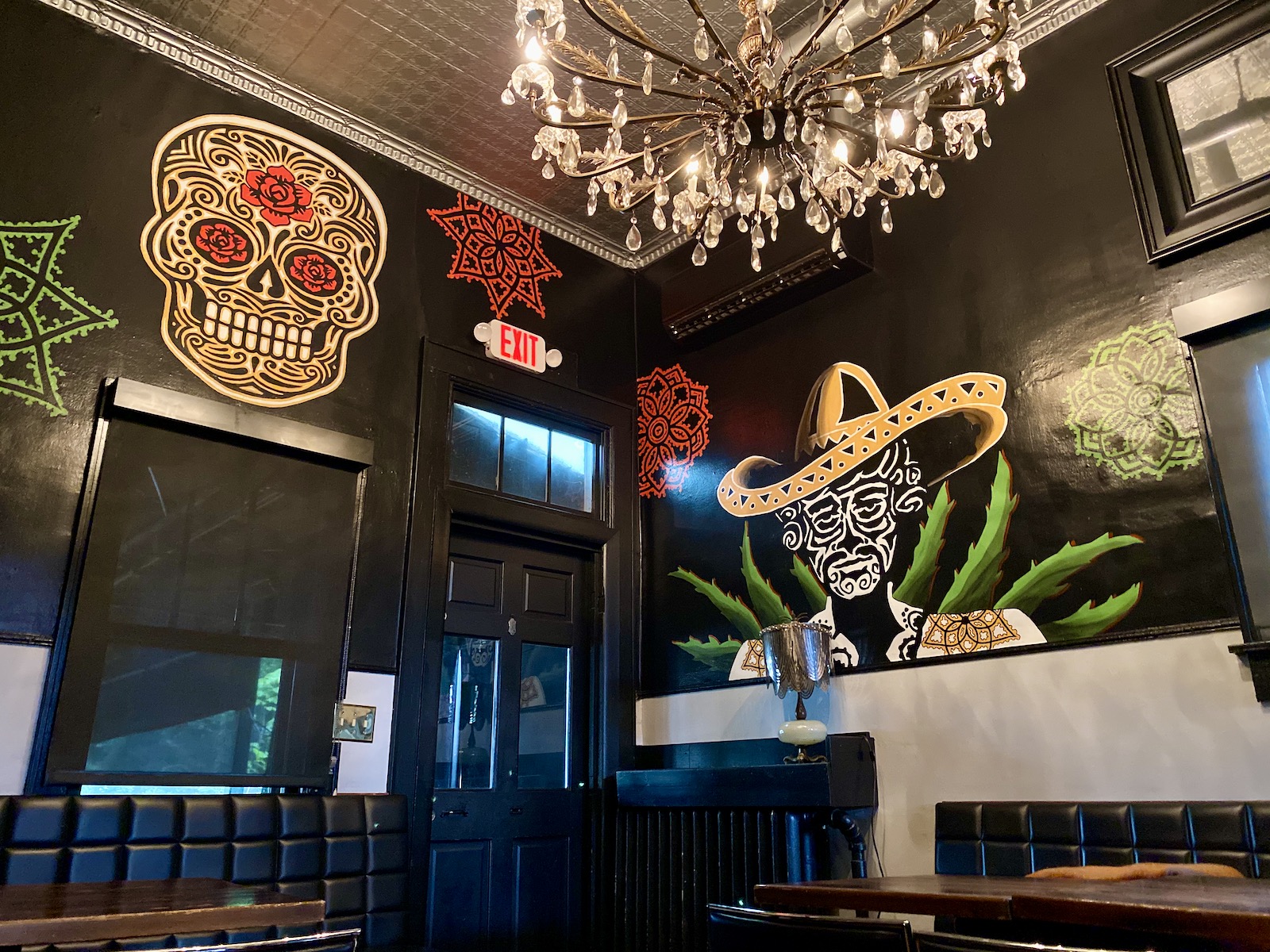 "I know people are thinking: ‘But Peggy, there are so many Mexican restaurants in the area.’" she says. "But we’ve really thought this through and our goal is to really do something different. We’ll focus on many dishes that Emanuel grew up cooking and eating, but we’ll also showcase things from various regions and parts of Mexico."

In part, the concept was inspired by a more recent trip Magister took to Mexico, during which she ate her way through Mexico City and fell in love with the beauty of Flora Farms, a restaurant, bakery and farm founded by Gloria Greene in San José del Cabo.

"The trip really opened my mind to new possibilities," says Magister. "The food was amazing and diverse. There were little markets where you could grab amazing food and other places where you could find really refined cuisine."

And refined cuisine offered up at an accessible price point is the goal at La Dama, which will feature a menu of dishes created by Corona.

"Emanuel has cooked for me for a long time," says Magister. "And I’m learning from him now. I was inspired by certain dishes from my travels; but he has the expertise and the knowledge to create them."

The menu is expected to feature a few core items, plus an ever-changing assortment of dishes, many of which will utilize seasonal ingredients and local items from the Crazy Water garden in Elkhorn, Wisconsin.

"We’ll keep a couple of favorite dishes," says Magister, "Like the bacon wrapped dates with chorizo. And we’ll do a variation on the Crazy Shrimp that takes inspiration from Mexico."

There won’t be things like enchiladas, chiles rellenos and chimichangas, she says.

Instead, there will be starters like ceviche and scallop crudo, housemade chips and freshly made guacamole. Entrees might include choices like smoked pork belly tacos, grilled octopus tostadas, whole fish, and traditional braised items seasoned with Mexican chilis and mole sauces.

There will also be delights like housemade blood sausage, Corona’s housemade cheeses and tamales like those he grew up making with his grandmother.

Magister says she expects pricing on appetizers to land between $7-10, with most entrees between $15-20.

La Dama, which will open on Tuesday, July 14 will offer dinner service Tuesday through Saturday beginning at 5 p.m.

Built to last: Kitchen remodel at Kegel's Inn paves way for next 96 years

Ardent will close later this month for a diner-friendly redux

Get ready for a new Dream Dance Steak; venue to close June 9 for renovations