As the City of Milwaukee Historic Preservation Commission met to approve plans for repairing the Alfred Clas-designed bridge that spans Ravine Road, another bridge has opened in the park.

On Tuesday, the City of Milwaukee Historic Preservation Commission approved plans for restoring the 1905 Alfred Clas-designed bridge that spans Ravine Road. Work is expected to commence in July 2021.

For background on the Ravine Road bridge (pictured above), click here.

As was the case recently with the Bradford Beach bathhouse container bar proposal, because the bridge is located in the the North Point North Historic District, designated by the City of Milwaukee, the HPC must sign off on the repairs, even though the bridge is owned by Milwaukee County. 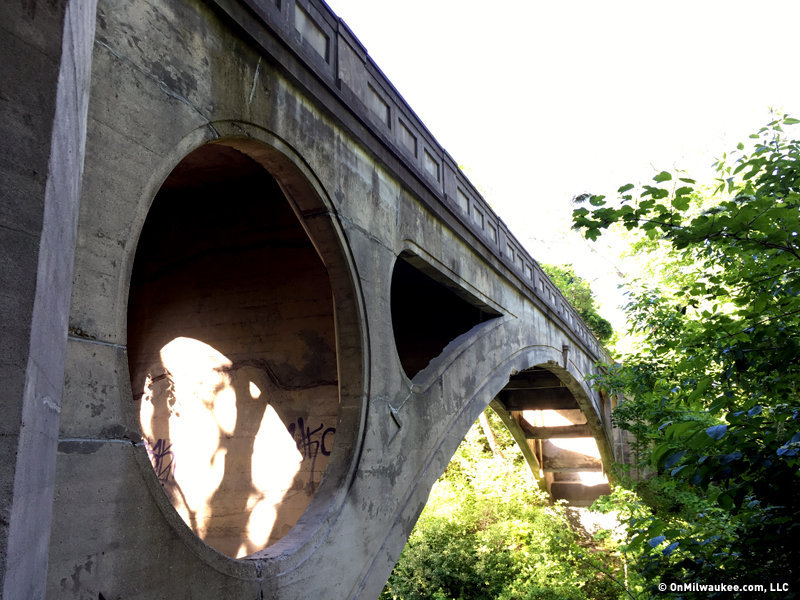 The commission left the question of a coating for the bridge for approval at a later date.

Ravine Road and the bridge were closed to traffic in 2014 because of the precarious nature of the bridge.

In the past few days, another bridge has opened in the park.

The wooden bridge that spans the Locust Street Ravine (formerly called the South Ravine), near the Summer Stage and warming house south of the playground, opened in recent days.

Built by Ogden Construction, it was erected with the support of Lake Park Friends and Milwaukee County Parks.

"Lake Park Friends is proud to make these improvements for all who visit our historic Lake Park."

The bridge replaces a series of spans at the site, dating back to park architect Frederick Law Olmsted's original 1893 plans, which called for a rustic wooden bridge there.

According to Lake Park Friends, it's thought that Milwaukee Park Commission President Christian Wahl had wanted such a bridge.

The most recent bridge on the site was built around 1970 and closed in May 2016 because it was in poor repair. It was torn down in March 2019.

When the County Parks, pointing to budget shortfalls, decided not to replace the bridge, Lake Park Friends stepped in to raise money for a new one.


While the County Parks awarded a grant for $22,072 toward the project, the rest of the $147,761 required to build it was raised by Lake Park Friends.