Puerto Rican fare isn't as scarce in Milwaukee as it used to be. And La Morovena in Walker's Point offers up soulfully prepared Puerto Rican fare that hits the spot in terms of flavor and authenticity.

Puerto Rican food is not as scarce in Milwaukee as it used to be. Spots like La Isla and El Rincon Criollo are serving up traditional dishes like alcapurrias, mofongo, arroz con gandules and jabaritos – all choices that are likely hit the spot if you’re craving Latin food from the Caribbean.

However, we had the pleasure of visiting yet another Puerto Rican restaurant. La Moroveña, this past week. And what we found was a satisfying lunch that hit all the right notes in terms of flavor and authenticity.

La Moroveña – a relative newcomer to the Walker’s Point area – moved into their current space at 830 W. Greenfield Ave. this past April after operating as a carryout-only restaurant in Lincoln Village.

In terms of its interior, the restaurant is clean, but sparse. A floral mural decorates the west wall, pulling some color into otherwise basic decor. 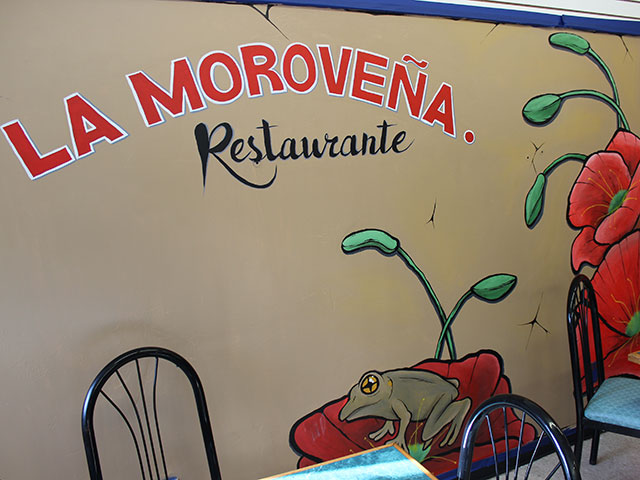 Five or six Formica-topped tables, including two near the front windows, facilitate sit down dining, and a counter at the back accommodates takeout orders. A bulk of the food preparation is visible in an open kitchen just beyond the counter. 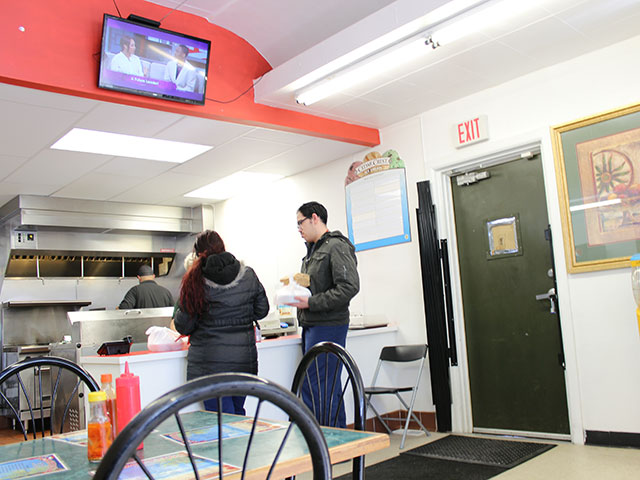 The menu at La Moroveña is small, but soulful, offering up affordable homestyle Puerto Rican food – including sides, sandwiches and entrees – which make for satisfying lunch or dinner fare.

We were very much looking forward to trying the restaurant’s pernil, traditional Puerto Rican roasted pork ($8.99 for an entree with tostones, rice and salad); however, the restaurant was out of the dish on the day we visited. So, we opted instead for a number of sides – including alcapurrias and trifongo along with two entrees (dinners): the bistec en salsa, steak with red sauce and onions and chuleta, fried pork chops.

The alcapurrias – akin to a fritter – contained small pieces of plantain and cubes of seasoned and fried pork were encapsulated in lightly seasoned dough made from mashed green bananas and deep fried to a crisp golden brown. 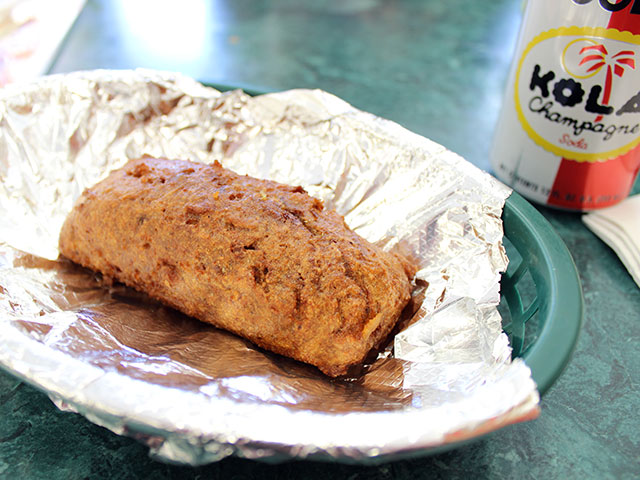 The trifongo, an off-menu item recommended to us by our server, consisted of a molded dome containing a mash of both starchy and sweet plantains, yucca root and bite sized pieces of crisp pork rind, which not only provided plenty of texture against the softer mash, but also a rich, salty pork flavor which enhanced the otherwise starchy dish. 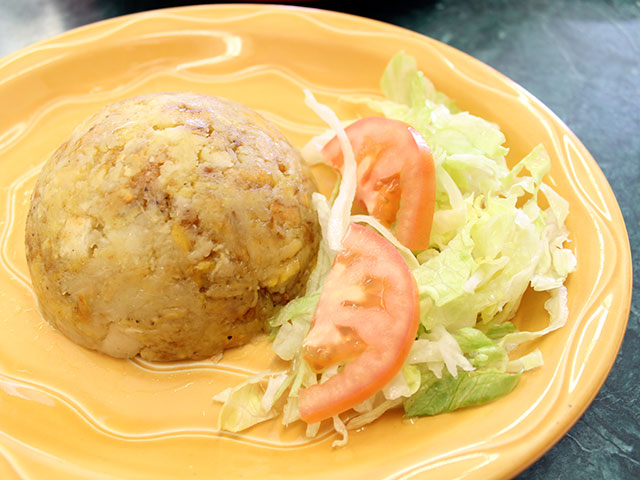 Dinners were served with generous portions of arroz con gandules (yellow rice with pigeon peas), tostones and a salad of shredded iceberg lettuce and tomato.

The arroz con gandules was moist and flavorful, chock full of pigeon peas and pieces of pork. And the palm-sized tostones were truly well prepared – crisp on their exterior and smooth and creamy within, seasoned with adobo and garlic oil. Both dishes can also be ordered a la carte; a half dozen tostones for $1.95 and an order of arroz con gandules for $4.50.

The bistec ($9.99) wasn't heavily sauced; but, it was well seasoned and fried, giving it a toothsome texture and great flavor. Meanwhile, the pork chops ($8.99) quickly became a one of our favorite dishes. The fried pork – which was both toothy and moist – was pleasantly salty and well seasoned with adobo. 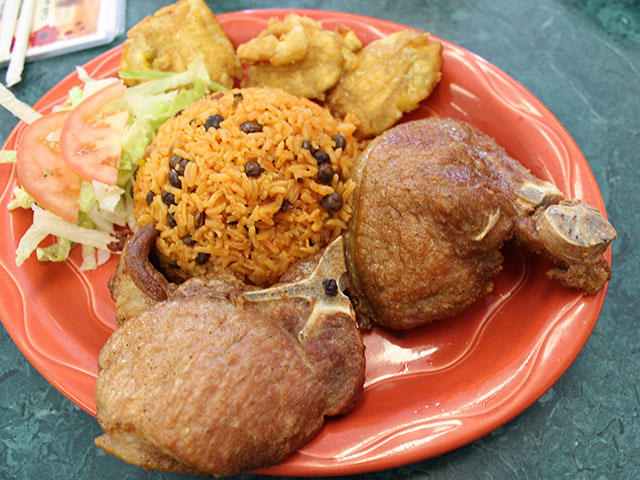 Satisfying and soul-filling, our lunch (which included cans of kola champagne, a beverage with a flavor similar to cream soda) came in at under $30 for three, an inarguable value considering the amount and quality of the food.

And you can bet we’ll be heading back in the coming months to try out both the pastelillos, as well as the pernil.

La Moroveña is open Wednesday through Sunday from 10 a.m. to 7 p.m. Both dine in and carry-out are available.