A last look at Cempazuchi, which closed Saturday

Cempazuchi quietly closed its doors Saturday night. It's not always possible to revisit an old favorite before it closes, but we were lucky enough to pay a visit on Friday to bid adieu to the restaurant, which opened in April 1999.

Cempazuchi, a long-time Brady Street staple, quietly closed its doors Saturday night. And, as of this morning, the restaurant sits silent: a testament to nearly two decades of service on Milwaukee’s East Side.

It’s not always possible to revisit an old favorite before it closes, but we were lucky enough to pay a visit on Friday to bid adieu to the restaurant, which opened in April 1999. 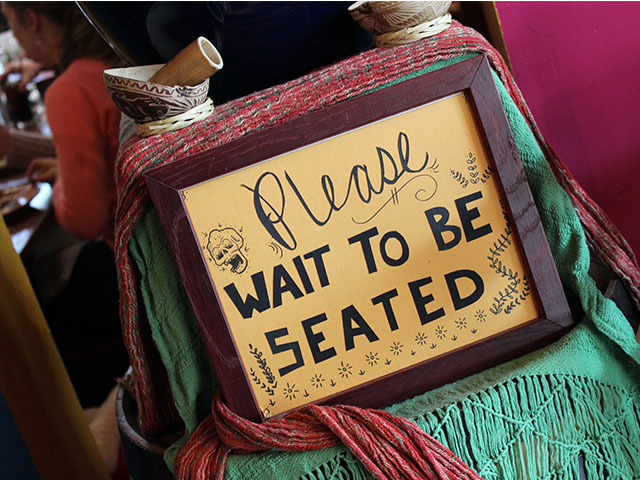 "When Sal Sanchez Jr. and I took that leap and decided to open Cempazuchi, it was with the hopes that people would come to understand and appreciate the great and varied culinary cultures of Mexico," wrote owner Bryce Clark in a Facebook message. "I know Sal would be proud of what we accomplished, and we owe that all to our great customers who have become like family."

Cempazuchi was one of the first mainstream restaurants in the area to tackle the regional cuisine of Mexico. And that bore out in dishes like salmon tacos, served with lime slaw and chipotle mayo. 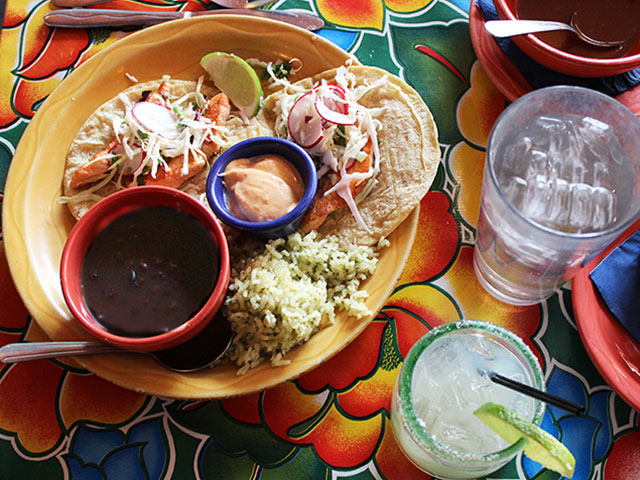 Maybe most memorable – and work intensive – was the restaurant's daily mole, which rotated between the seven traditional moles of Oaxaca. 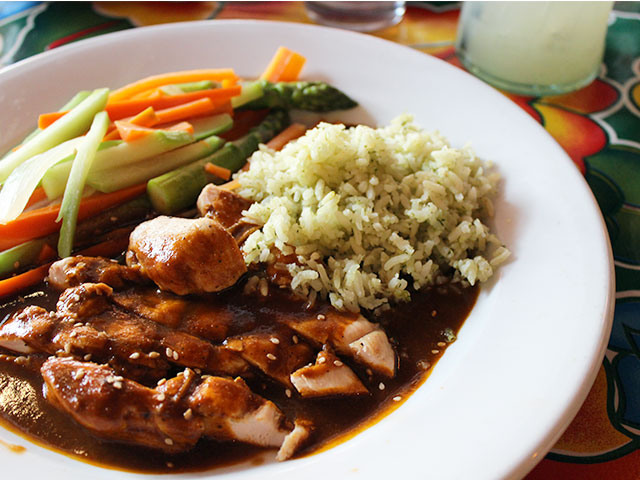 Over the years, the restaurant received acclaim for its regional specialties. In fact, Cempazuchi was showcased by a variety of national television shows over the years, including "Diners, Drive-Ins & Dives," during which Clark shared his recipe for mole poblano. 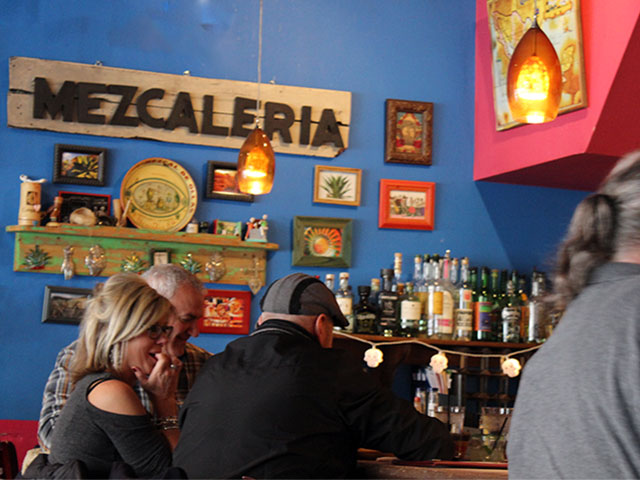 The bar served up many a cocktail, including not only margaritas but also other creations featuring Mexican spirits like Mezcal. 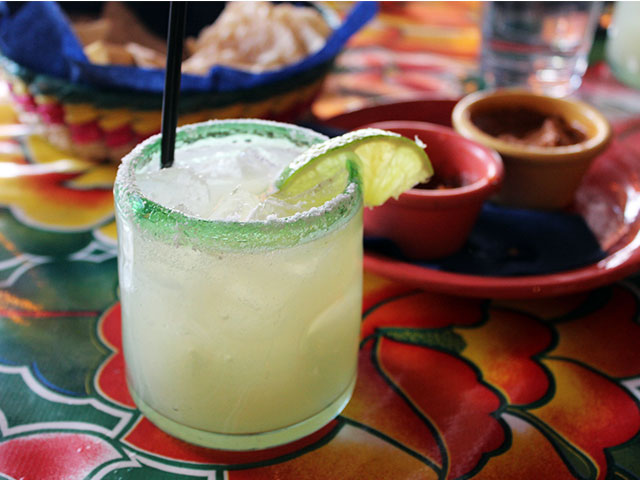 Named for the Mexican marigold, a staple during Day of the Dead celebrations, Cempazuchi paid tribute to the holiday in its decor. Take for instance, this calaca, which adorned the window on the west side of the restaurant. 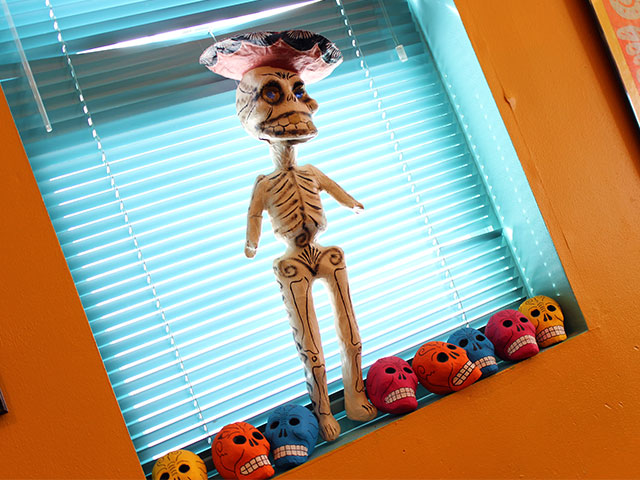 On the wall near the entrance, there was also a tribute to the Huichol mahjrah (deer), which held particular significance as Kayumahli, the spirit guide. 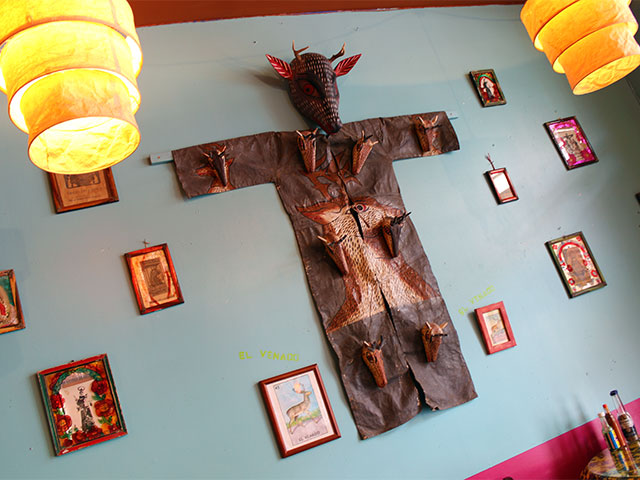 Always festive – and filled with color – Cempazuchi became a gathering place for Milwaukeeans of all stripes. 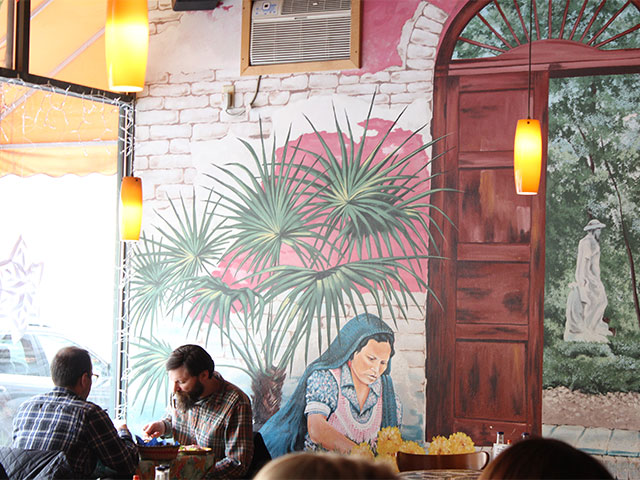 We talked with Clark last week during a Facebook Live during which he discussed the closing and his plans for the future.

Cheers, Cempazuchi, to 18 years in Milwaukee! And thank you. 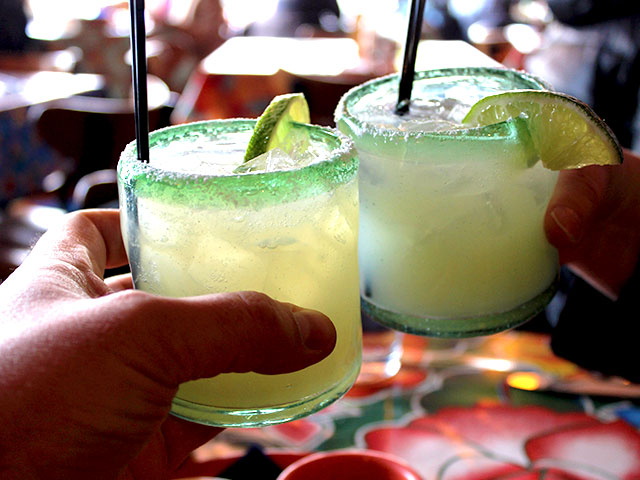