A gas station isn't exactly the first place you'd expect to find mouth-watering, award-winning barbecue. But for nearly six years, that's exactly where you could find some of the best smoked meats in the State of Wisconsin. But all of that is about to change.

A gas station isn’t exactly the first place you’d expect to find mouth-watering, award-winning barbecue. But for nearly six years, that’s exactly where you could find some of the best smoked meats in the State of Wisconsin.

But all of that is about to change. On Wednesday, Oct. 17 LD’s BBQ will officially open its doors at a beautiful, brand new brick and mortar location at 2511 Main St. in East Troy. 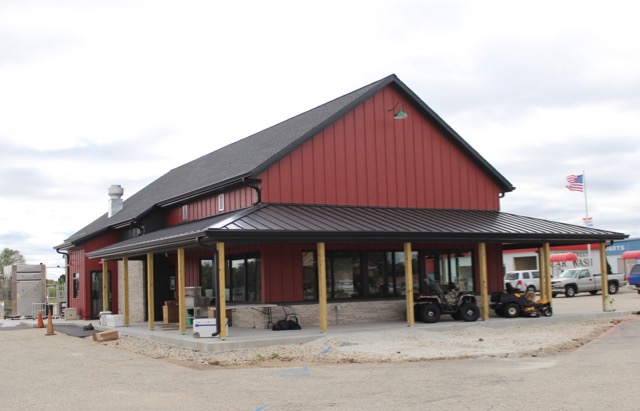 Love for food, passion for smoke

Leon Davis, owner of LD’s BBQ says food and cooking has always played a primarily role in his life.

"My mom was a terrible cook, so I started cooking from a young age so I could have some variety," he says, noting that by the time he was a teenager he’d already begun to experiment with barbecue.

But his passion for the art of smoking was stoked even further as he and his wife traveled the U.S. while working as traveling nurses. 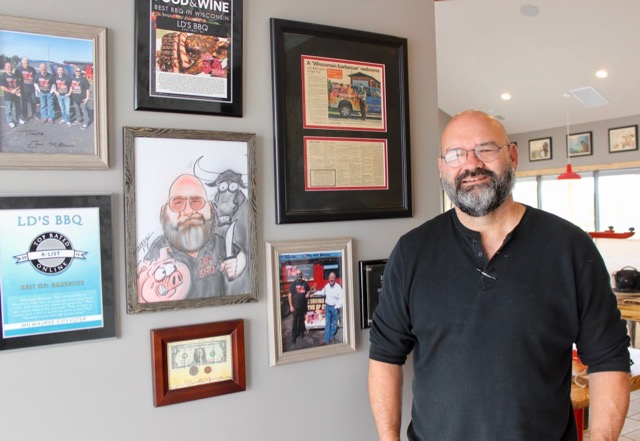 "As we traveled, we ate together at a lot of great places," he says. "We ate barbecue all over. In the Carolinas and Kansas City and Texas. We moved to Wisconsin in 2001, and I cooked regularly, hosting gatherings for some of the doctors we worked for. And as time passed, my barbecue got better and better.

When he decided to turn his passion into a business, he says he intentionally started small.

"We began the way we did because it was low investment, low overhead," he says. "And the business has grown year over year, every year."

Davis launched LD’s out of a locally-owned gas station in Big Bend in 2013. But about two and a half years later, when the station was purchased by Kwik Trip, he moved on to a BP station in East Troy. 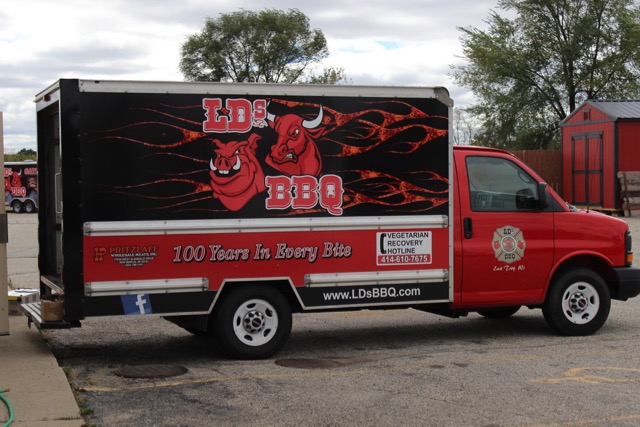 Recently, that station was also sold, and Davis found himself considering his options.

Interestingly, he found his solution in a former Burger King restaurant located just steps away from his former home base. The process of converting the flat-roofed, stamped-out fast food joint into a full-service restaurant took the better part of five months. But the work involved was well worth the effort. And beginning Wednesday, folks will see an entirely new side of LD’s. 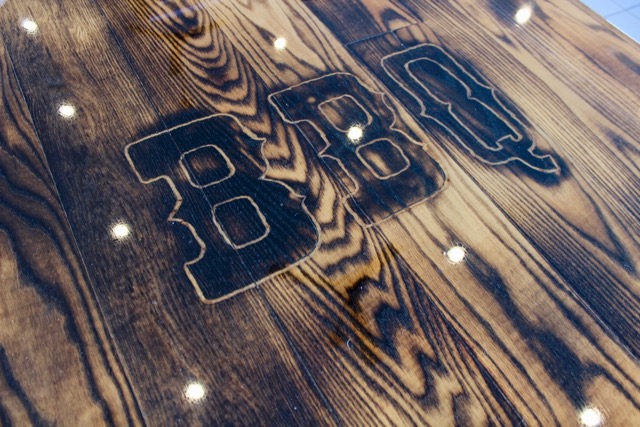 The new venue, which seats 45-50 features rustic decor, including wooden paneling and walls painted an earthy grey. The walls are decorated with countless objects, some of which were given to Davis by friends and customers over the years. 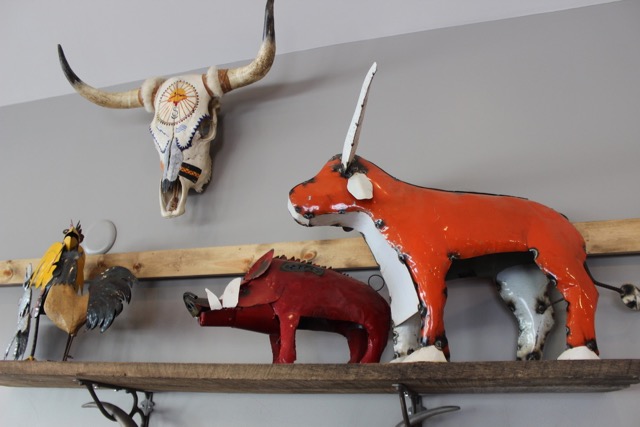 Others reflect Davis’s family history. For instance, the Miller auction barn sign was gleaned from a venue his grandfather ran when he was a child. Skulls from steer came from his uncle’s farm. 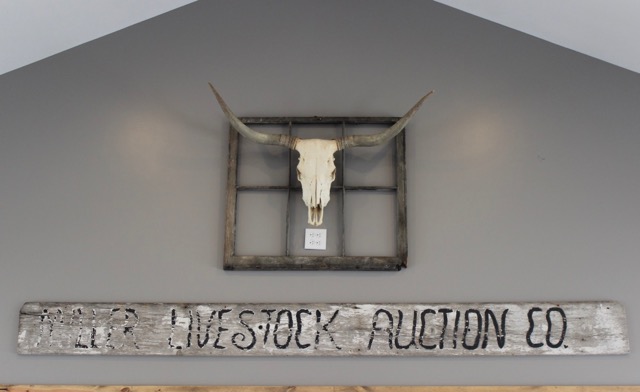 "Barbeque is communal," Davis says. "It’s family. People start off as customers, then they become friends. Some are as close as family."

That sentiment is reflected in beautifully rustic community tables emblazoned with the word BBQ where guests can gather and linger over plates of succulent smoked meats and sides.

This spring Davis says he’ll also add outdoor seating on the covered wrap-around patio surrounding the restaurant. He’ll also add a low fence decorated with live plants around the perimeter of the property.

Davis says on average he smokes about 8,000 pounds of meat a week, slow-cooking brisket, St. Louis style ribs and chicken over oak, giving the meat a smoky flavor that’s stronger than fruitwood, but more subtle than hickory or mesquite.

Meats can be enjoyed as-is or enhanced by one of three LD’s "Midwestern style" barbecue sauces: original, zippy or Norm’s tangy and sweet (a slightly more vinegary version named for Davis’s father, who hailed from North Carolina). 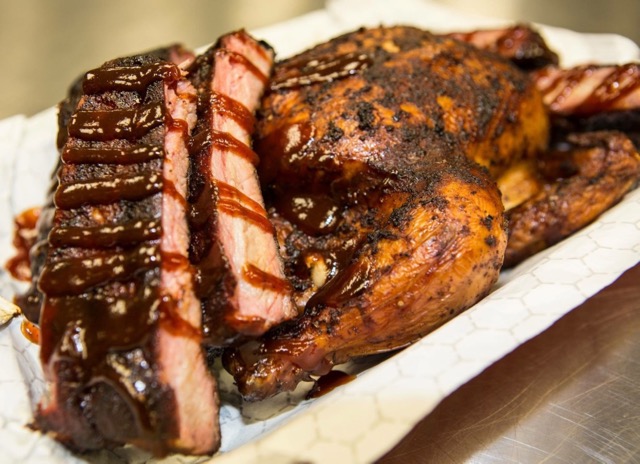 Davis also serves custom smoked sausage that he created with the help of Pritzlaff Meats; it’s garlicky, he says, like a polish sausage with a bit of spiciness.

Meats are available in a variety of forms – by the pound, on sandwiches or as a dinner accompanied by sides like smoked baked beans (ribs & beans), corn bread, cole slaw, potato salad and potato salad. You can also get your choice of meat stacked high on a helping of Davis’s macaroni and cheese.

Davis says he’s likely to keep the menu the same for now, but plans to add a few additional items – including vegetable options – sometime next fall. It’s a request he says he’s had time again from regular customers, folks he says who form the heart of his business.

"Obviously, it’s great to pay my bills," he says. "But at the end of the day it’s about giving people great food that they enjoy. And my mission is centered on that. I would much rather someone was disappointed that they didn’t get what they want, rather than disappointed when they did."

Beginning Oct. 17, LD’s will be open Wednesday through Sunday from 11 a.m. to 8 p.m. through the end of the year, with extended hours (and Tuesday hours) added in 2019. For more information, including a full menu, visit ldsbbq.com.