For the ninth year running, Carnevor was the restaurant of choice for 10-12 players from the 2016 NBA Champion Cleveland Cavaliers, who are in town for their showdown tonight against the Milwaukee Bucks at the Bradley Center. Among them was superstar Lebron James.

For the ninth year running, Carnevor was the restaurant of choice for about a dozen players from the 2016 NBA Champion Cleveland Cavaliers, who are in town for their showdown tonight against the Milwaukee Bucks.

The restaurant, 718 N. Milwaukee St., is a favorite among players from a variety of opposing teams that visit Milwaukee during their seasons. But Cleveland players have recently become regulars at the upscale modern steakhouse.

"They’ve been regulars every year," says Omar Shaikh, co-owner and president of the SURG Restaurant Group. "It’s gotten to the point where we block off the private room for them when they come. Last night they came in asking to watch the Packers game."

Huge thanks to the @cavs and especially the man @KingJames for coming in tonight & the years of support of @CarnevorMKE. #WorldChamps pic.twitter.com/gRScOIxzSD — Omar Shaikh (@OmarSurg) November 29, 2016

Among the players in the house was LeBron James, the three-time league champion, four-time MVP and 12-time All-Star.

"He finished off his evening with a cup of chamomile tea with honey and lemon," notes Shaikh. 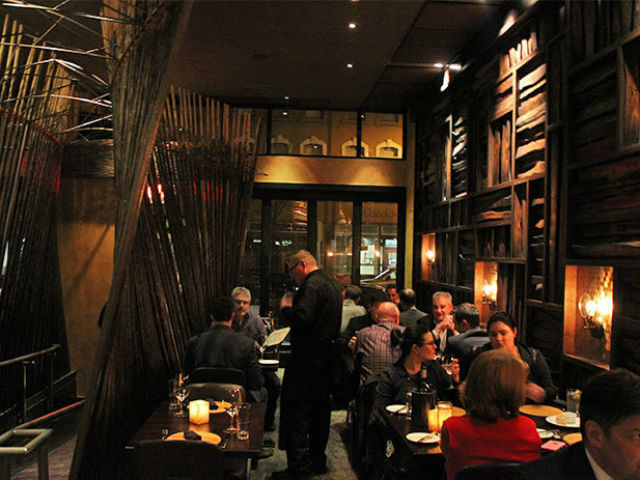 The superstar forward, by whom Milwaukee's Giannis Antetokounmpo has said he hopes to be mentored, is averaging 23.6 points, 9.7 assists and 8.4 rebounds per game this season. The only other players in the NBA who are averaging at least 22.0 points, 8.0 rebounds and 6.0 assists are Oklahoma City's Russell Westbrook and Antetokounmpo.

The Cavaliers and Bucks tip off at 7 p.m. on Tuesday night at the BMO Harris Bradley Center.

Saturday Scorecard: The man who should be King