Alderman Russell W. Stamper, II will host a groundbreaking ceremony Wednesday, Nov. 8 at for the new Legacy Lofts project, 1500 W. North Ave. The former Blommer Ice Cream factory - and an adjacent lot - will be transformed into 64 units of mixed-income housing and retail.

The former Blommer Ice Cream factory – and an adjacent lot – will be transformed into 64 units of mixed-income housing as part of the $13.9 million project, which also includes street-level retail spaces in the new construction.

The construction project – developed by Evergreen Real Estate Group and Legacy Midwest Renewal Corporation – is being managed by Greenfire Management Services and was designed by Continuum Architects + Planners. 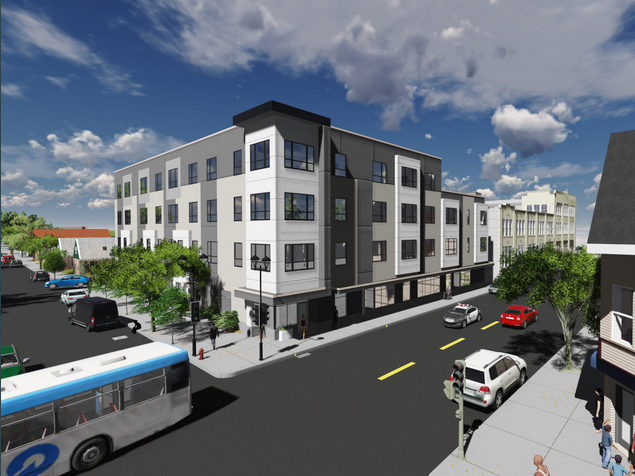 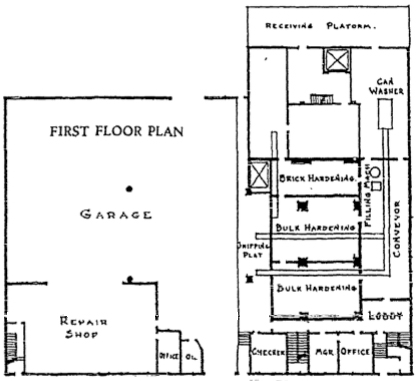 The building dates 1910 to designs by architect Herman Esser, but it was Esser's son Verner who oversaw the massive 1927 addition veneered in stunning cream-colored glazed terra cotta that we see today.

The building, which has been vacant for more than 20 years, according to Stamper's office, was added to the National Register of Historic Places in September.

"The public judges a product by the building in which it is manufactured," Verner Esser wrote in 1927. "In what better way can the public judge the purity and wholesomeness of a product than by the surroundings in which it is manufactured. If everything possible has been done to make this product under the most sanitary conditions, it stamps this product as an article of the highest quality. These are the things I strove to accomplish in designing the Blommer Ice Cream Co. plant.

"The exterior is of a cream colored terra cotta. The general design is along modern lines while the mouldings and ornamentation are Italian Renaissance. The window and door frames are antique copper. The wall surfaces are flat and there is no over-hanging cornice. One of the features of this building is making the sign (Blommer Ice Cream Co.) a part of the ornamentation of the building. In place of the usual commercial sign, gold leafed architectural letters 3 feet high are placed in a panel above the third floor windows. This sign will be illuminated by indirect electric lights which will throw a mild diffused light over the entire front.

"No expense has been spared to make the surroundings under which the Blommer Ice Cream Co.'s products are made as sanitary as modern science and architecture can make them.

"I believe that the money lavishly spent by the Blommer Ice Cream Co. on their new plant at 15th and North Avenue will be many times returned to them by increasing the sales of their product. A beautiful industrial plant is one of the best forms of advertising." 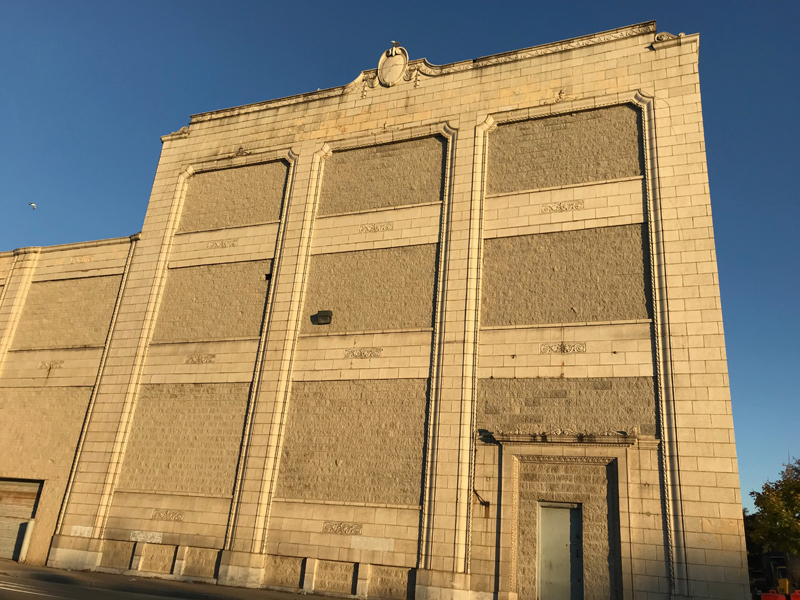 Conrad Blommer, a confectioner who trained at the Ziegler Candy Co., opened Blommer Ice Cream on the site of his family's old farm on 15th and North with his wife Francis in 1909.

"The Blommer Ice Cream Company, 15th Street and Ninth Avenue, Milwaukee, has been incorporated with a capital stock of $50,000," reported the Ice Cream Trade Journal in its January 1910 issue.

"The company is erecting a large and modern manufacturing and wholesale plant costing about $10,000, and the corporation has been effected that the business may be carried on an extensive scale. A 30-ton refrigerating machine is being put in."

Blommer Chocolate Company – founded by the family in 1939 – still exists today and is headquartered in Chicago. Among its products are ice cream coatings. A member of the Blommer family was also one of the co-founders of the Chocolate Factory in 1972.

A timeline PDF of the somewhat complicated history of Blommer ice cream and chocolate can be seen here. 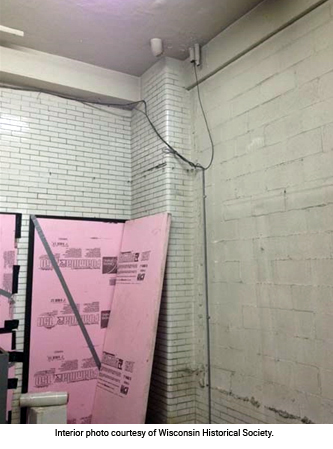 "The Blommer Ice Cream Company, a commercial producer and wholesaler of ice cream in Milwaukee in the early 20th century, epitomizes the evolution of ice cream from a summertime treat produced locally in small batches to a year-round commodity manufactured in highly specialized and mechanized facilities and shipped regionally," noted a statement issued by the Wisconsin Historical Society announcing the landmarking.

"Conrad Blommer transformed a small Milwaukee retail ice cream and candy enterprise into one of the region’s largest producers and distributors of ice cream by the late 1920s, employing the most modern sanitation practices and technology in his factory."

Of the Legacy Lofts project, Stamper said in a statement Tuesday, "This is a wonderful project that will revitalize the neighborhood. Not only does it provide needed housing and office space, it is also re-developing a site that has been vacant for decades. This project defines the true definition of team work. Thank you to all the partners involved and I encourage the community to come out and celebrate."

Work has already begun on the adjacent lot on the corner of 16th Street and North Avenue, as you can see from this photograph taken this morning: 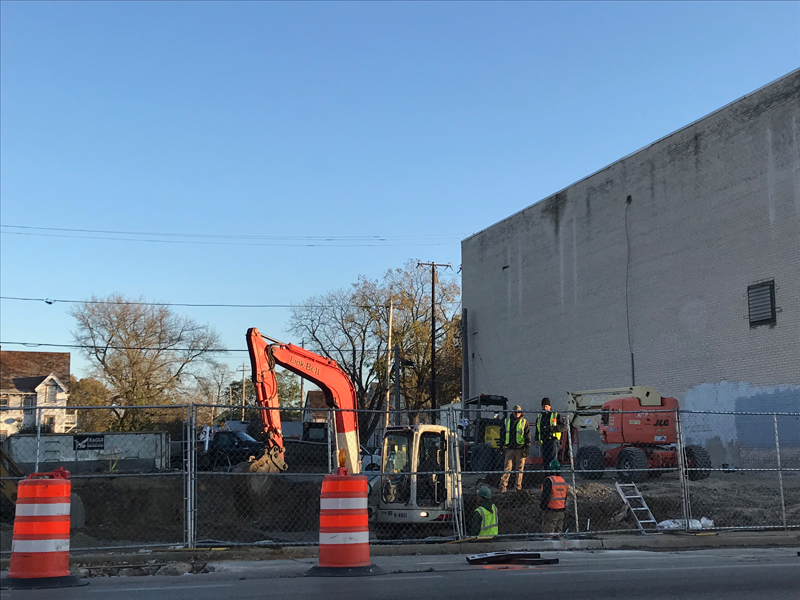