Leinenkugel's and Drink Wisconsinbly have collaborated on an amber lager beer that is due for release soon.

Leinenkugel's and Drink Wisconsinbly have collaborated on an amber lager beer that is due for release in cans soon.

Drink Wisconsinbly, which operates a popular pub in the Deer District in Downtown Milwaukee, announced the collaboration via Facebook.

The lager is brewed at Leinenkugel's home brewery in Chippewa Falls.

While Drink Wisconsinbly's pub is famous for its bubbler that dispenses brandy old fashioneds (did I mention DW also has its own branded brandy?), it looks like you'll have to enjoy this Wisconsin collaboration brew in cans for now.

Here's a peek at some of the can label: 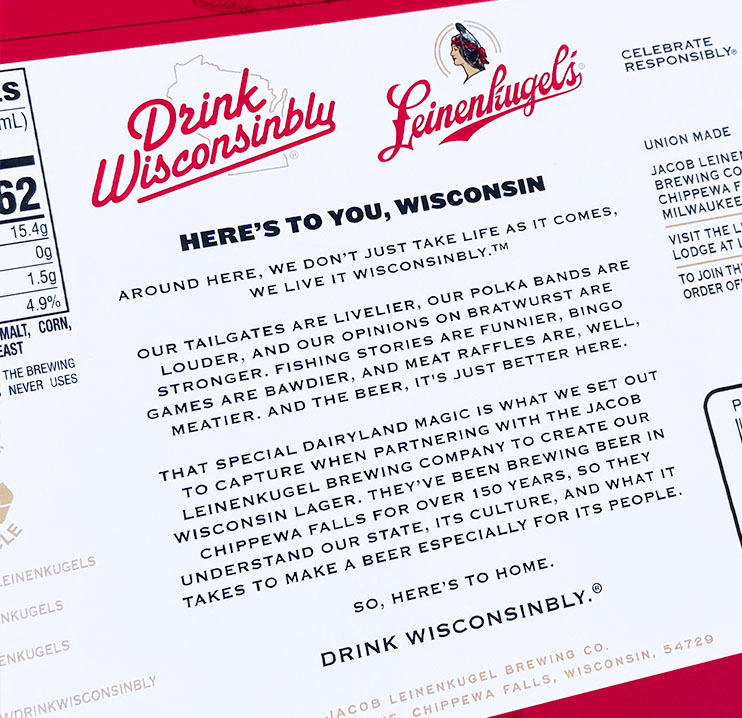 According to Dick Leinenkugel, the beer should be available in 12-packs around Memorial Day or early June.

Leinenkugel tweeted about it on Sunday.

Jeepers. Don’t cha know this could be the start of something big? Are you going to be able to buy it outside of the cheddar curtain? https://t.co/XuxgiNXE7F — Dick Leinenkugel (@DickLeinie) May 10, 2020

Leinenkugel's also brewed a Special Ale for Drink Wisconsinbly that was available on tap at the pub a few months ago. There hasn't been a decision yet on whether or not to make this one available in cans. Stay tuned!

Last year, Drink Wisconsinbly launched its own branded brandy, distilled in California, and finished and bottled at Midwest Custom Bottling in Pewaukee.