On Wednesday night, the Bucks unveiled the spiritual sequel to "Light It Up," its iconic early 2000s arena anthem. Starring Giannis, Brook Lopez, Eric Bledsoe and far too little Bonzie Colson, here is "Let It Fly."

After teasing a potential reveal on Twitter earlier in the day, during Wednesday night's regular season finale against the Oklahoma City Thunder at Fiserv Forum, the Bucks unveiled the spiritual sequel to "Light It Up," its iconic early 2000s arena anthem.

And now let the debate begin over whether this is a worthy remix of that Y2K-era classic.

My vote goes solidly to the original – which is a shame because the current squad has so many better nicknames to work with than the past team. Big Dog and Robert "Tractor" Traylor are pretty much the only ones, with the rapper stuck having to chant just regular names. Today? We've got the Greek Freak, Bledshow, Khash, The President, White Donte and Splash Mountain. Or, uh, I guess "Mountain Splash." 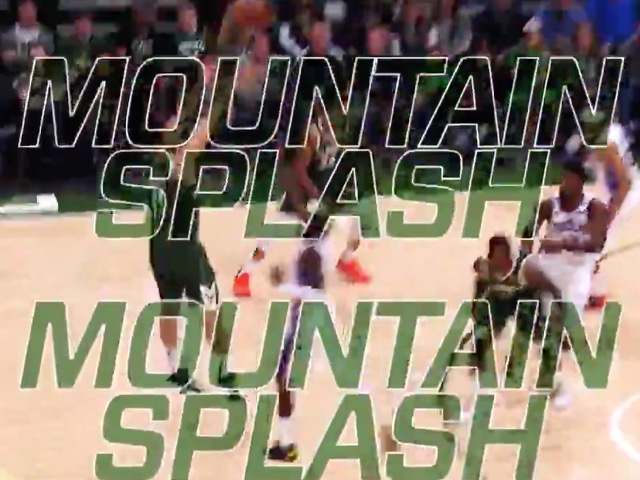 Even with better names to work with, though, there's just something missing from this remake. The original song has such a dorky charm, filled with the kind of silly enthusiasm and delightfully outdated video trends that couldn't scream early 2000s more even if it included yo-yos, pogs and AOL Instant Messenger.

Maybe time will be as kind (which is to say as cruel) to this remix, but right now, it seems like most sequels and remakes of beloved nostalgic throwbacks: a little bland, a little predictable, a little forced, a little too serious and brand-conscious modern "cool." I'm willing to bet most fans will still be chanting "Light It Up" rather than "Let It Fly."

But then again, I also thought the Bucks' MECCA-themed alternate jerseys were an eyesore at first, and now I love them, so we'll see what happens. Plus, as always, winning makes everything cooler.

No matter the case, between this updated anthem, the Bucks' plans to dye the Milwaukee River green, the green dressing set to decorate the Downtown skywalk and the viewing parties set for outside Fiserv Forum during the team's playoff run, the excitement for the Bucks buzzing around Milwaukee, and the entire state, has felt completely electric. Here's to it lasting well into June – and then beyond.