Lincoln Warehouse is home to brewers, distillers, hair salons, recording studios, online retailers, artists of all stripes and warehouse space. Get a peek at the creative energy at an open house on Thursday, June 2.

My first introduction to Milwaukee when I arrived in 1983 was Bern Boys, a warehouse above a retail shop that was a kind of hive of varied artistic endeavors. Bands practiced there, artists painted there, poets pecked at typewriters there, photographers shot artistic portraits there.

Other buildings around town across the decades have been similarly fertile. One thinks of the old Virginia Street tanneries that were home at one time to Paul Cebar’s rehearsal space, the work spaces where the Colectivo partners and BelAir/Fink’s/Fuel co-founder Scott Johnson, among others, got started. Borrowing Cebar's space, we'd walk past the tanning operations, which continued on the floors below. 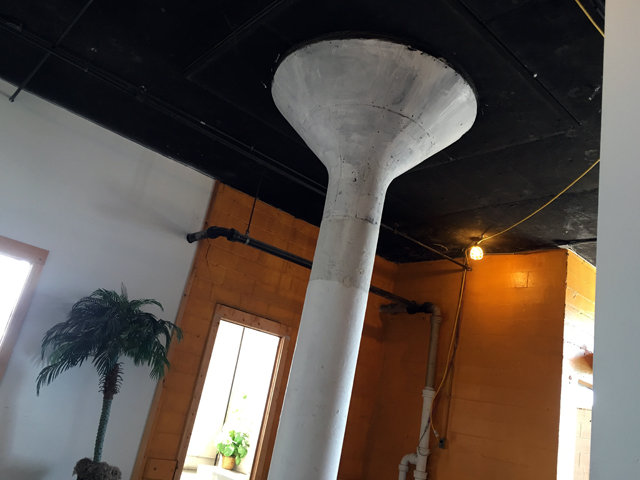 Today, Lincoln Warehouse on the western edge of Bay View at 2018 S. 1st St. not only carries on this tradition, but also expands on it by embracing retail. 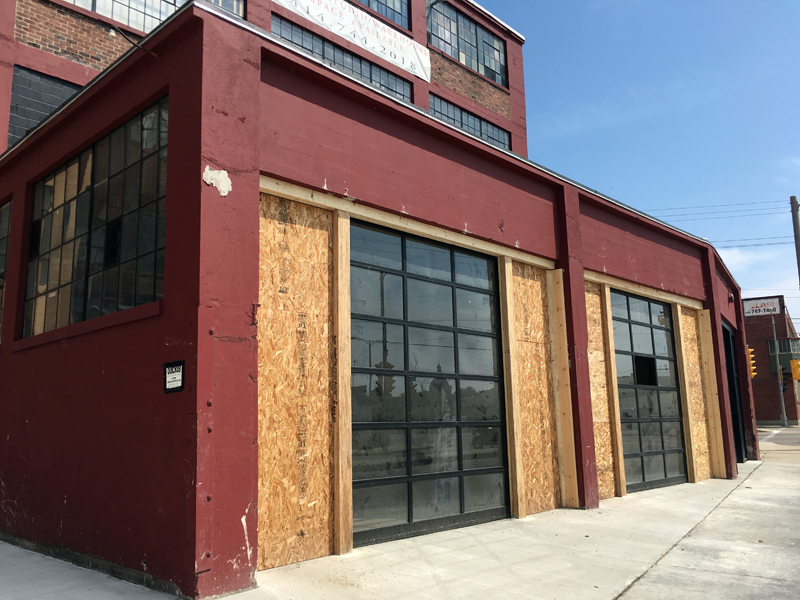 A cafe is being constructed on the first floor at the corner of Becher Street (see photo above), next to the future tasting room and brewery for Enlightened Brewing, which currently occupies a tiny space upstairs. 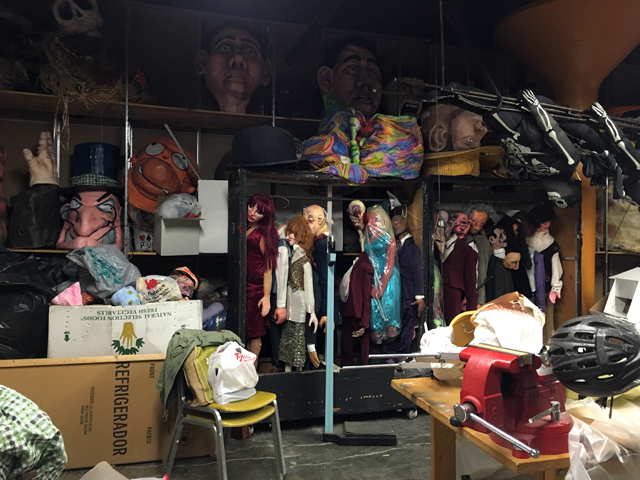 This part of the building – facing Becher – is the oldest part, according to broker Andy Bandy, who has other clients too but spends a lot of his time here at Lincoln Warehouse, where you can tell he feeds off the creative energy.

Bandy often builds spaces to suit, so there is a variety of sizes and shapes available. Some offer long stretches of windows, others have few or none – which suits certain types of operations, like recording studios and warehouse tenants. 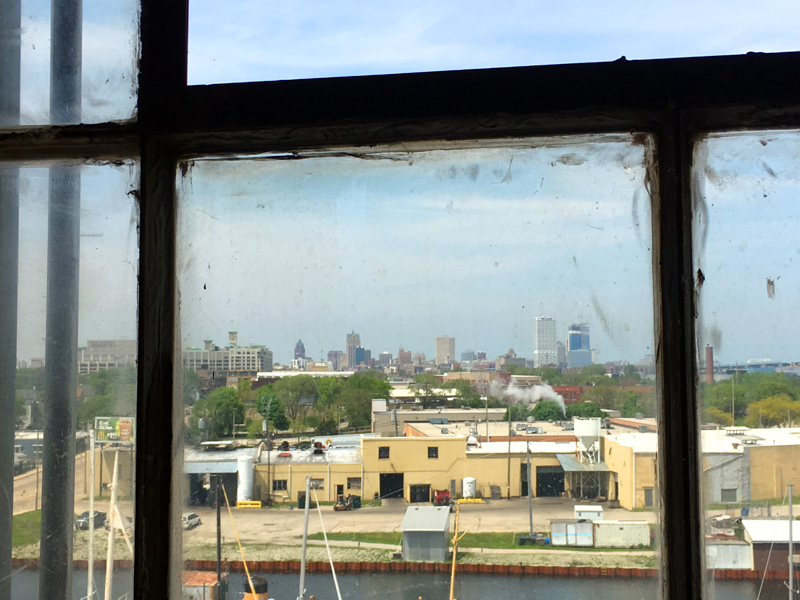 In the corridors, Bandy and his team have repurposed wood to create decorative elements. On one floor there’s an expansive mural depicting the Hoan Bridge. 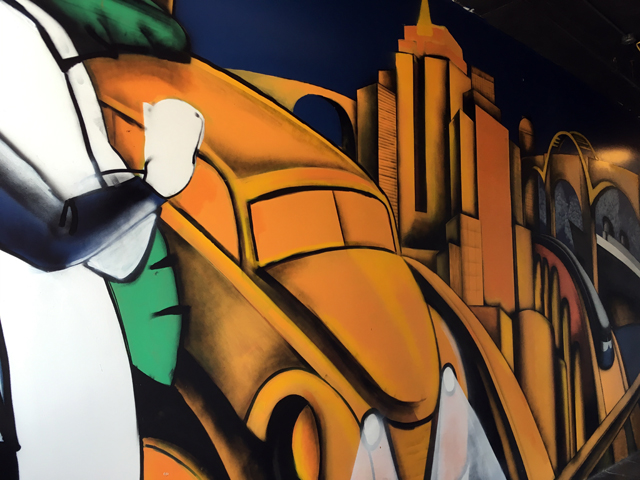 The place has a modern feel, while maintaining the building’s industrial past. In coming months, Bandy says the exterior will get a touch-up and seal to keep the elements at bay, and the first floor, facing 1st Street, will see some changes, including a handicapped-accessible ramp, the replacement of moribund loading dock doors with windows, that cafe and brewery tasting room (pictured here below) and more. 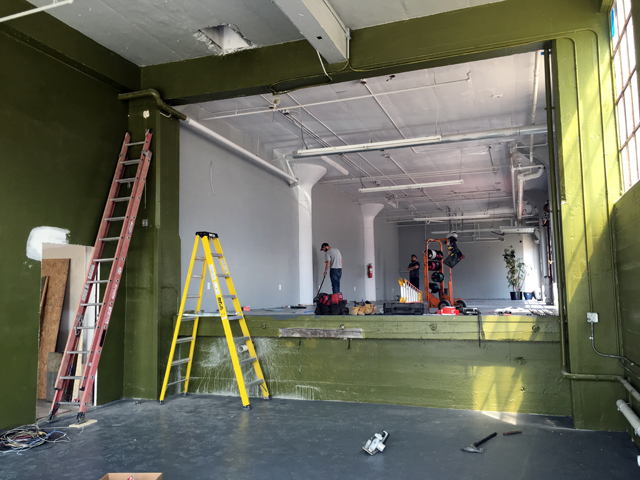 While the larger addition to the north dates to 1928, Bandy says this part was built earlier as the bakery operations for the A&P grocery chain. He’s not sure when, but a peek at the 1910 Sanborn map (below) shows the land as undeveloped, so likely sometime between those two dates. Later Huffy, the bicycle and sporting goods manufacturer, made bike parts, basketball backboards and other products here. 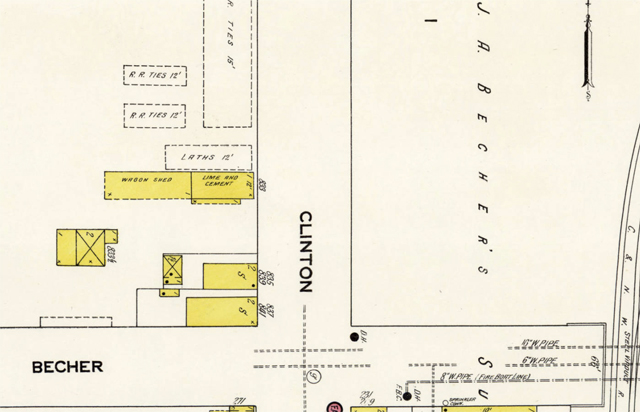 "Part of my spiel when I'm showing places is ‘the best thing we have going here is our tenancy because everybody here is just so diverse"," Bandy says. "We're putting a lot of effort into making this a nice professional place where you can have this mix of people.

"This is kind of where we're headed with things. I love what I do."

Here’s a video created for the event, which starts at 3 p.m. and is open to all: