Tucked away on County Line Road in Mequon, just west of Wauwatosa Road is a charming little farm at the end of a driveway flanked by stone posts. This place has a great history and it can be yours!

Tucked away on County Line Road in Mequon, just west of Wauwatosa Road is a charming little farm at the end of a driveway flanked by stone posts. It's surrounded by a nature preserve.

Though these days the estate is a mere 7.42 acres, some sources say it once sprawled across 183 acres and was home to 100 head of cattle, 100 sheep and a plethora of chickens and pigs. 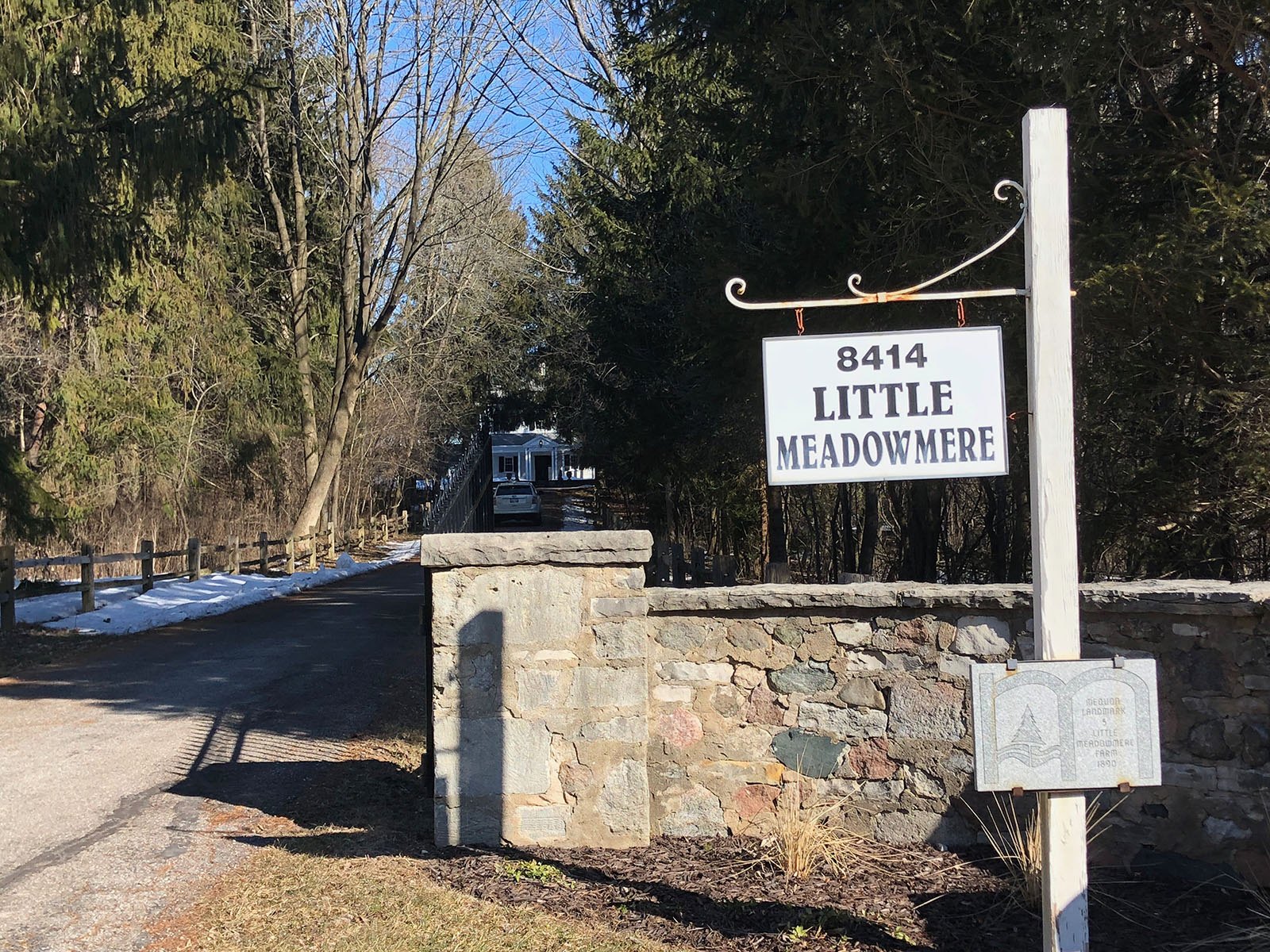 Little Meadowmere – the country home and farm of Harriet Mitchell (pictured at right), granddaughter of of Alexander Mitchell and brother of Gen. Billy Mitchell – is a real gem and it’s for sale for a tad under $1.5 million. 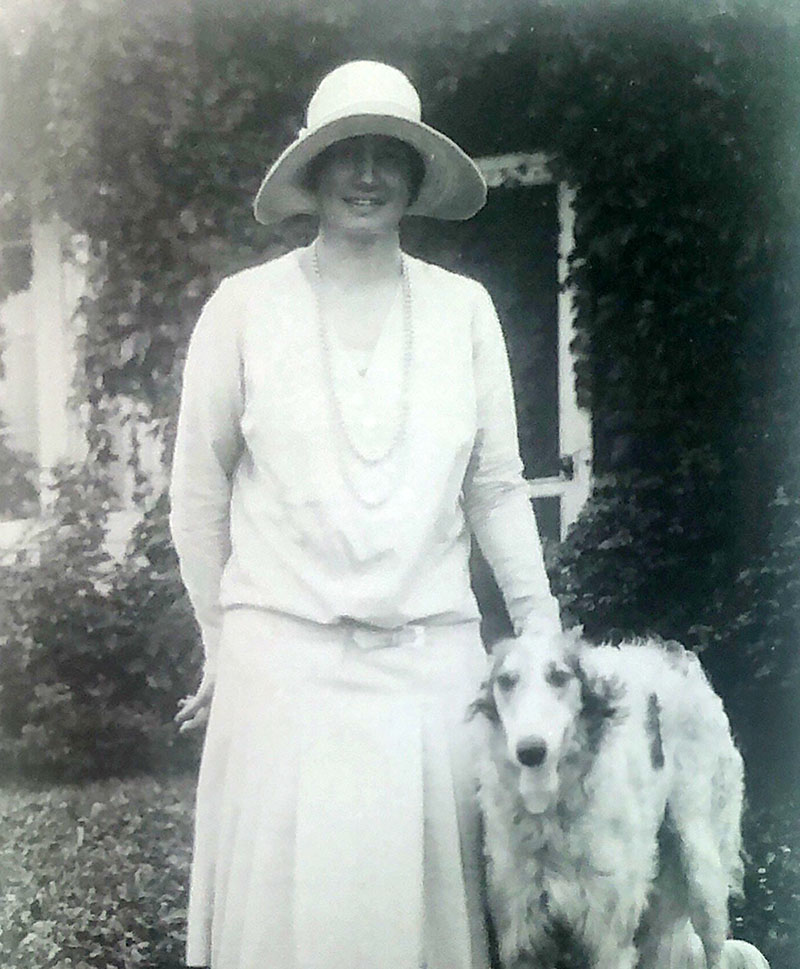 Although I don’t have anything like that kind of money, I think the place is a steal for that amount and I’d buy it in a second if I could.

The first immigrant to settle the land was Irish immigrant Patrick Pentony, who acquired a 160-acre land grant in 1840.

The Memorial Record of the Fathers of Wisconsin" described Pentony as being, "of singularly modest and unassuming demeanor," and noted that in his role, "he took no other part in the proceedings than recording his vote upon the various propositions upon which the body was called to pass." 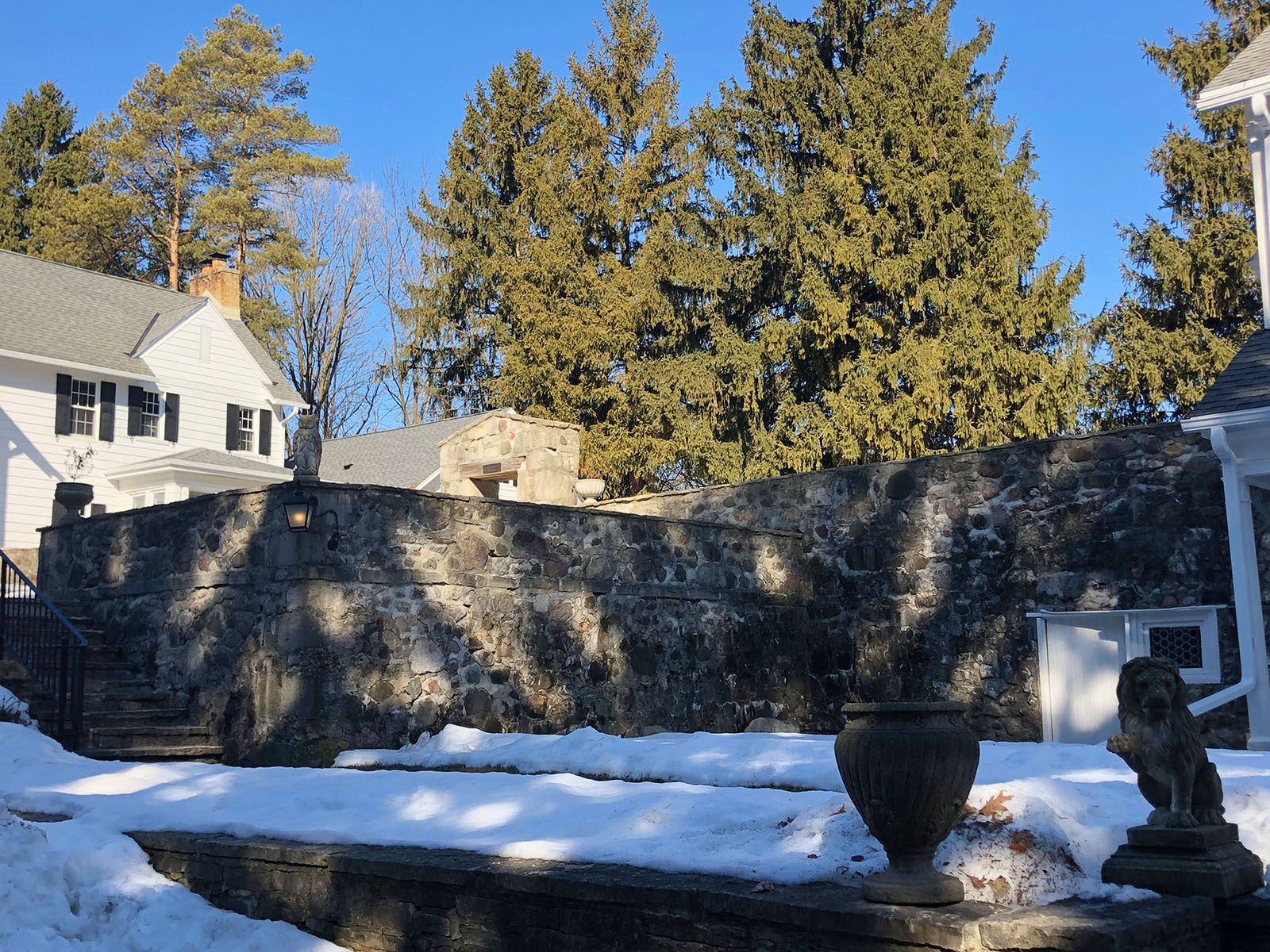 The book said that Pentony, "died a few years after the state was organized," in 1848. "The committee," it added, "have been unable to obtain any details of his personal or family record."

So, little in fact, that it didn’t even notice he was still alive at least a dozen years after Wisconsin became a state. In fact, Pentony, who also served as county clerk in 1846-47, died in 1876, and was buried in Brown Deer.

It seems that by 1873, he'd sold his land off in pieces to a P. Strassburg and an A. Gengler, and the latter got the part where Little Meadowmere is located. That suggests, that Gengler, who held the property at least into the 1890s and perhaps a tad later, built the barn and house.

Her grandfather Alexander Mitchell, of course, was one of the richest and most powerful men in Brew City. 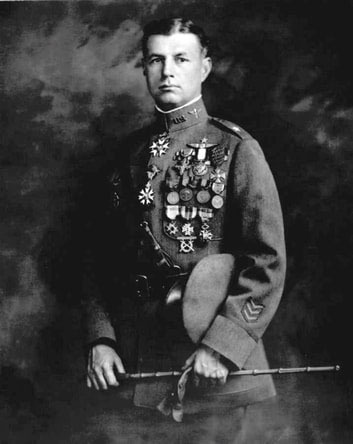 As I wrote in this story about his palatial Grand Avenue mansion that’s now home to the Wisconsin Club, "Mitchell was born in Scotland in 1817 and arrived in the U.S. 22 years later, was a banker – he founded Marine Bank – railroad magnate and Democratic politician who served two terms in the House of Representatives, from 1871 to ‘75.

"Mitchell, of course, is remembered all around Milwaukee, with a street, a park, a landmark Downtown building named in his honor and an airport with a name that honors his grandson, Gen. Billy (pictured above right), who was influential in the creation of the U.S. Air Force."

Mitchell’s son John built a lovely home in 1885, called Meadowmere, which survives at 2330 S. 54th St. as part of an assisted living facility. There, he and his wife Harriet raised seven children, including Billy and his sister Harriet. 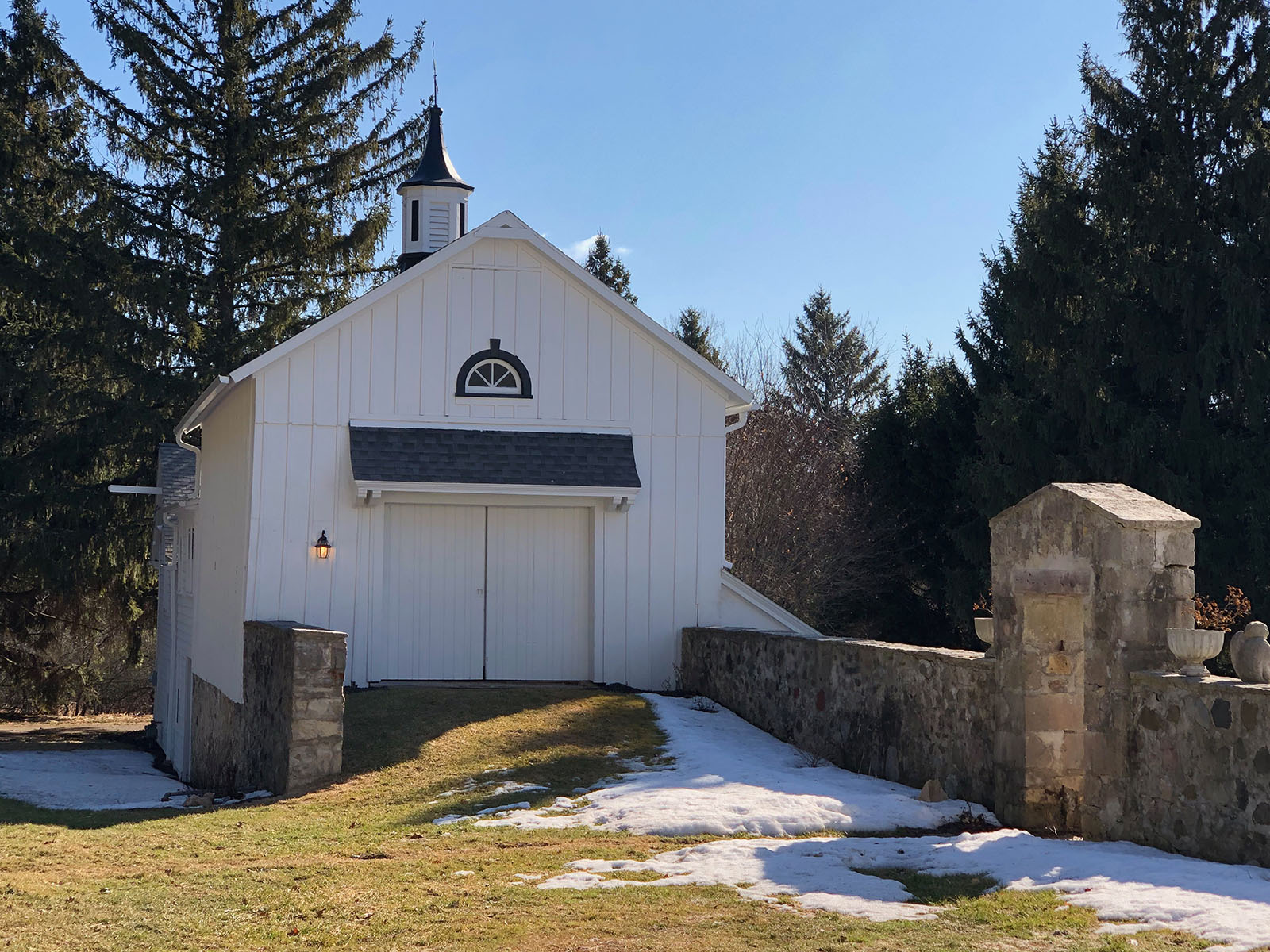 While we’re not 100 percent sure who built the 1884 barn (above) and stables and the 1888 house (below) , we do know that by 1928, it belonged to young Harriet, by then Mrs. Arthur Young, and her husband, who tapped their friend, architect Thomas Van Alyea. 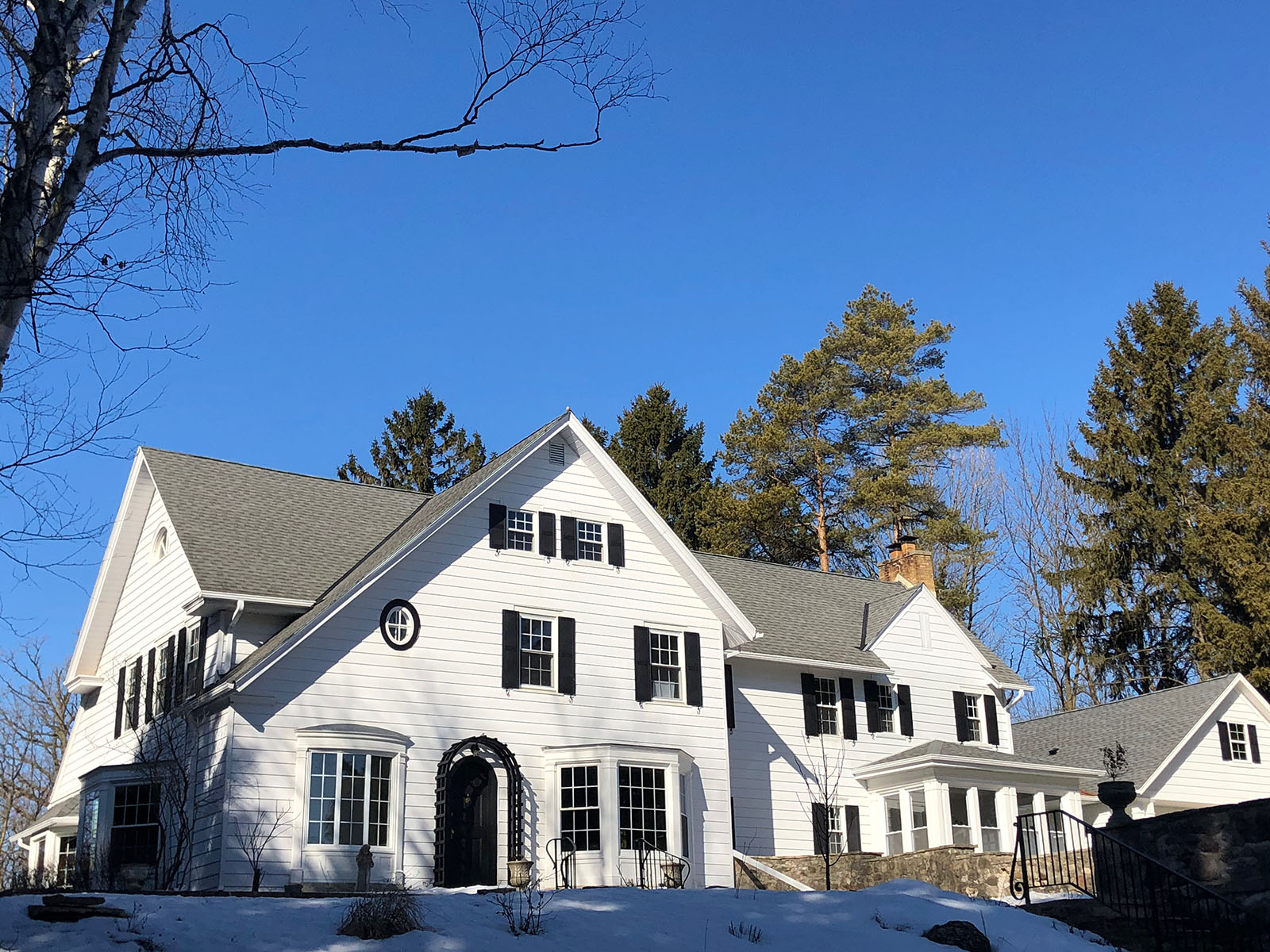 The Young’s full-time residence was on Prospect Avenue, not far from Van Alyea’s place on the bluff, facing Back Bay Park. 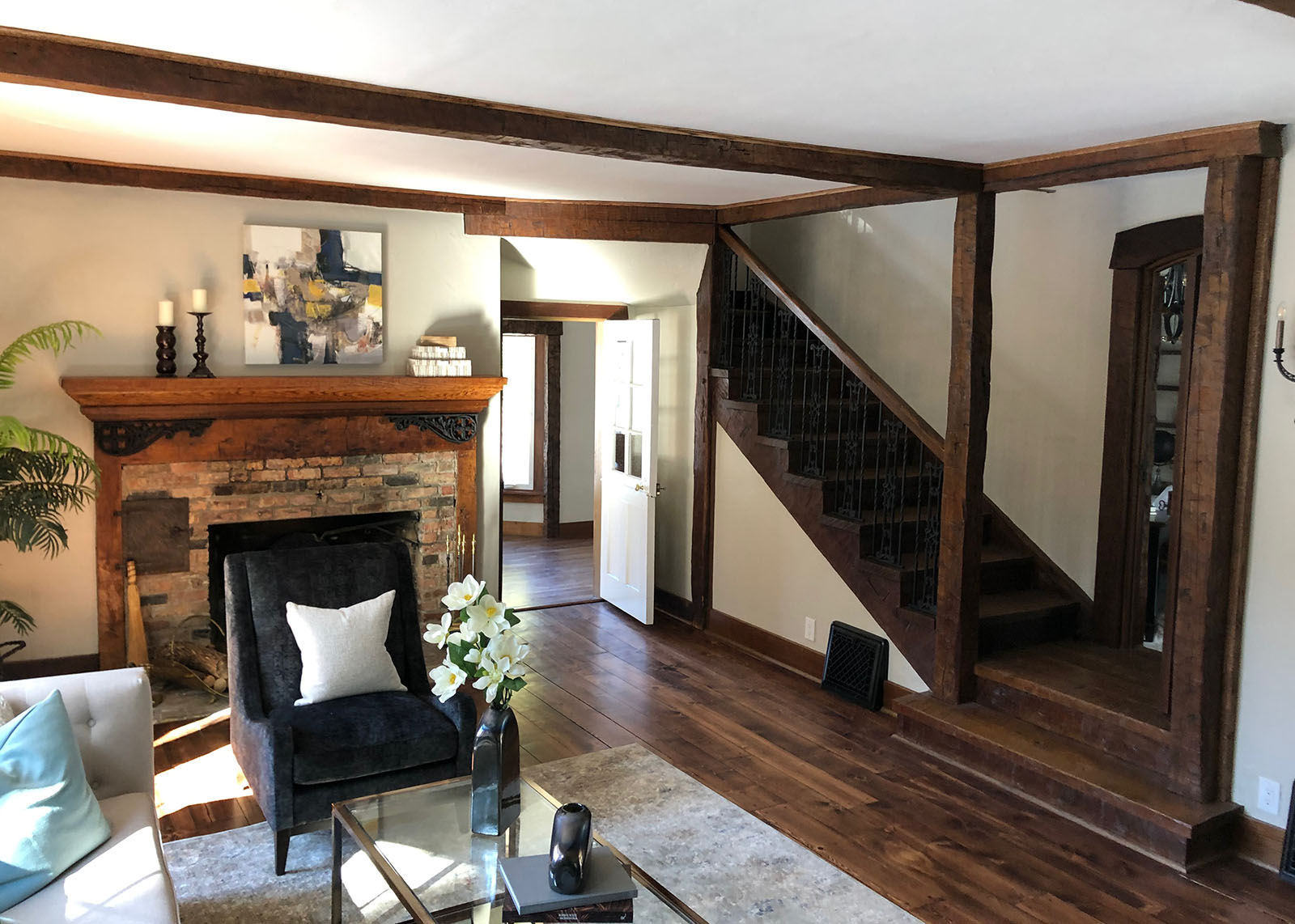 As part of the expansion they used stunning hand-hewn wood from a family barn in River Hills, and marble floor tiles from the original Marine Bank building Downtown that was razed to make room for the Mitchell Building at 207 E. Michigan St. 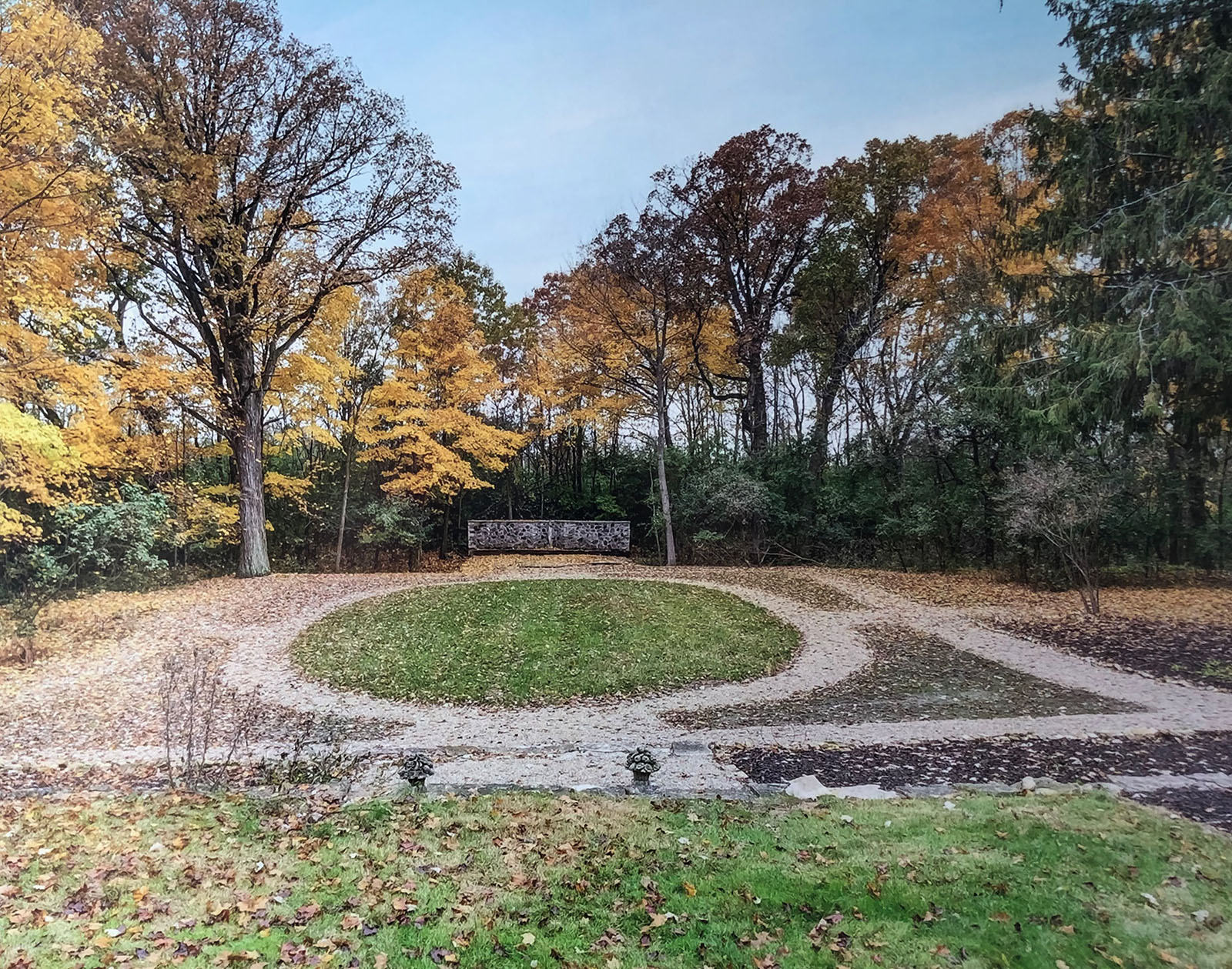 That work appears to have taken place in 1933-34, after Harriet had divorced Arthur Young and married Martin Fladoes. (Interestingly, old plat maps show that former Pentony land adjacent to what would become Little Meadowmere was owned by an H. Fladoes by the mid-1920s. Perhaps this is how Harriet and Martin met.)

"Annette Hoyt Flanders was here last week visit Mr. and Mrs. Martin Fladoes at their home in Thiensville," wrote the Sentinel in April 1934. "She had come west from New York primarily to consult a bit with the committee for the 1934 Chicago World’s Fair about the garden she’s to have on exhibition there this summer ... but she did have time to inspect the just-coming up garden on the Fladoes estate, ‘Little Meadowmere,’ which she planned last fall.

"A garden scattered in color down among the apple trees, and thoroughly in keeping with the meadow-surrounded informality of the Fladoes house, which, by the way, has been remodeled and enlarged this winter." 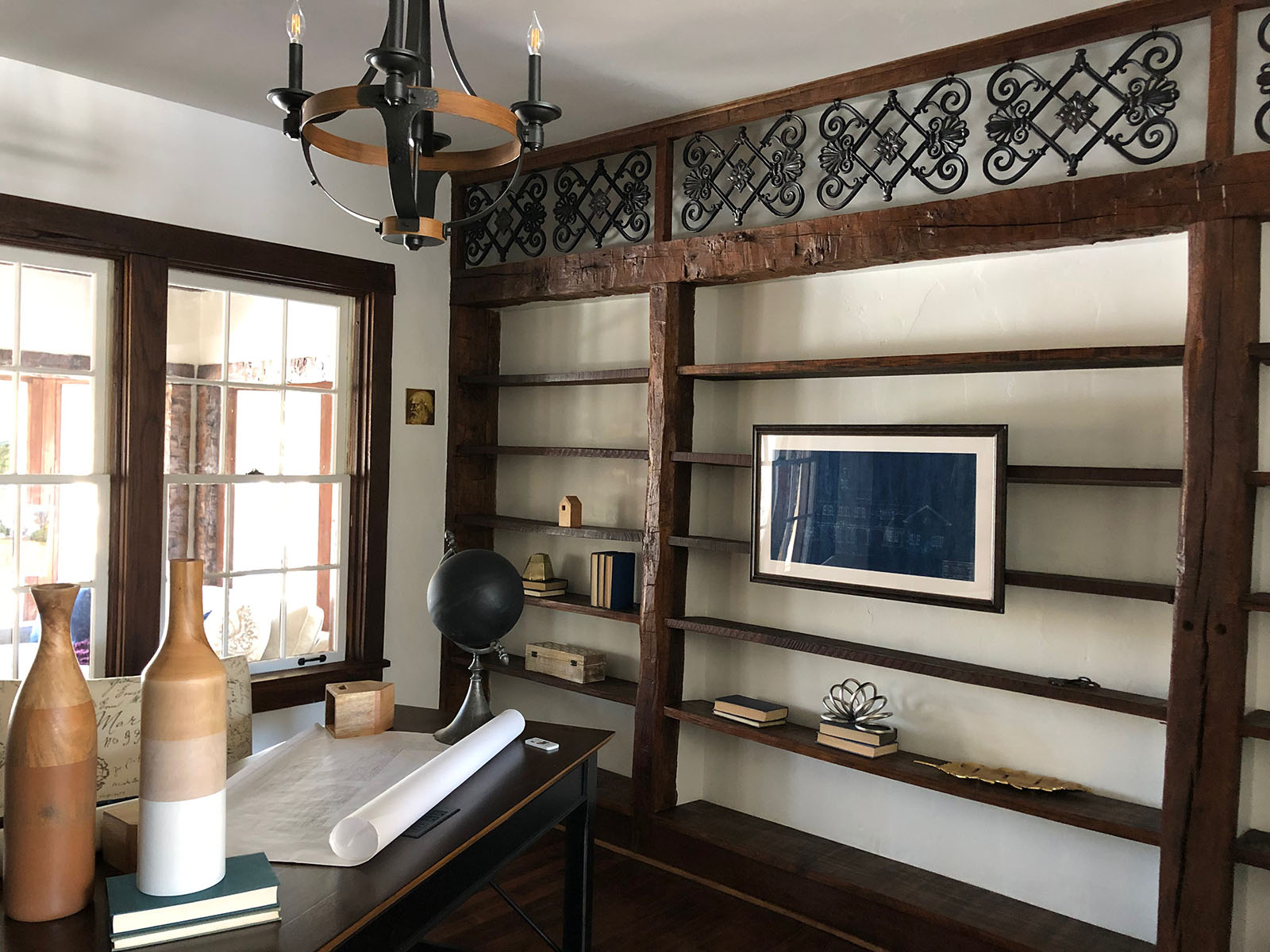 Little Meadowmere appeared often in the pages of Milwaukee’s daily papers throughout the 1930s and into the 1940s, typically on the society pages, where there were notices of Fladoes tea parties, dances, cocktail parties and other events.

Even today we’d recognize the names of those in attendance, names like Cudahy, Goodrich, Pabst.

But while there were parties inside (and perhaps outside, in season), the Fladoes also kept a farm going. There was a 22-acre vegetable garden, prized Guernsey and Hereford cows, the other animals mentioned earlier and horses, including at least one reputedly owned by Harriet’s brother Billy.

In 1931, the Sentinel noted that Harriet was known to donate the abundance from her vegetable farm to friends and charity, though that year she opened a produce stand to sell some of it in the Bertelsman Building, at 2107 N. Prospect Ave. (now home to Bert’s Hair Design).

In 1938, when her daughter Harriet had her coming out party, the beverage of choice was milk, according to the Journal.

"Imported from their farm estate, Little Meadowmere, great vats of Guernsey milk – milk so rich it has to be diluted for daily consumption. The youngsters drank it, cream and all."

That same year, the Flanders’ garden was part of the annual Layton Art League garden tour fundraiser, "known for its sunken garden," said the Journal. "Most rural in tone of the estates to be opened for the tour is Little Meadowmere ... there the visitors will see Guernsey cows, all white farm buildings and opposite the terrace entered from the house, a formal garden."

The final reference to Little Meadowmere – before it briefly reappeared much later in the 20th century when it was locally landmarked in 1983 – came in 1955, when there was a photo of Harriet wrestling with a calf to get it to hold still for a newspaper photographer.

"Mrs. Martin A. Fladoes, West County Line Road, had her hands full trying to hold a skittish day-old calf still enough for a picture," read the caption. "Sixteen new calves were born to the Fladoes’ herd of 100 Hereford cattle this fall."

While it was out there, the paper’s scribe described the place as, "truly a painter’s paradise, the country home and the green shuttered, white colonial outbuildings add a precise and classic touch to rambling countryside. A jaunty weathervane is perched atop the stable and a weatherbeaten rail fence outlines part of the property. 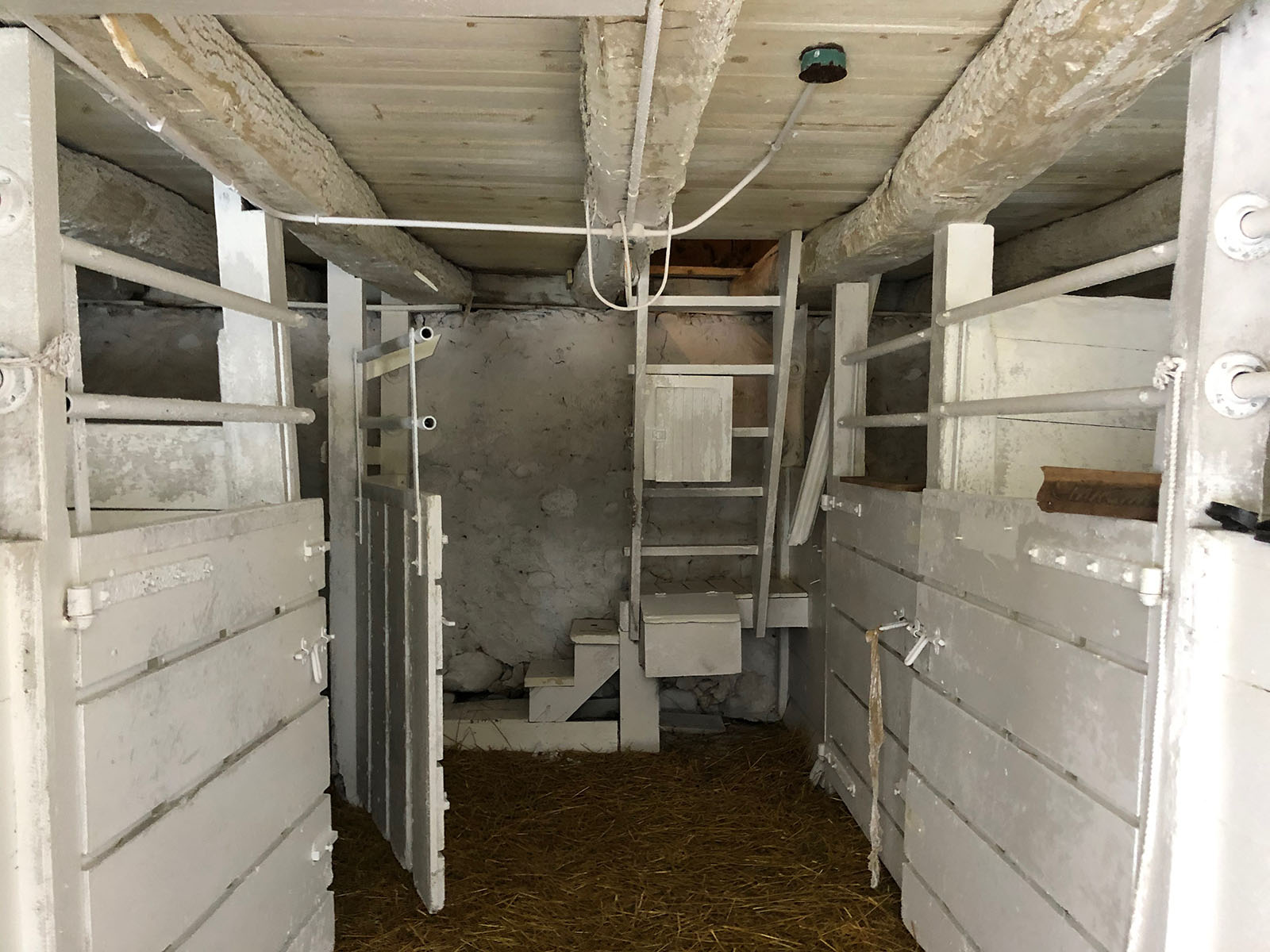 "A puckish note is lent to the formal garden at the west of the house but the luxuriant border of plain parsley edging the gravel walks, another of Mrs. Fladoes’ decorative touches. The farm, for all its beauty, is a working farm, with 100 head of Hereford cattle, 16 new calves, one friendly family milk cow, 100 sheep and many chickens and pigs."

How the writer could fail to mention the rustic and beautiful stone wall is beyond me. It’s one of my favorite features. 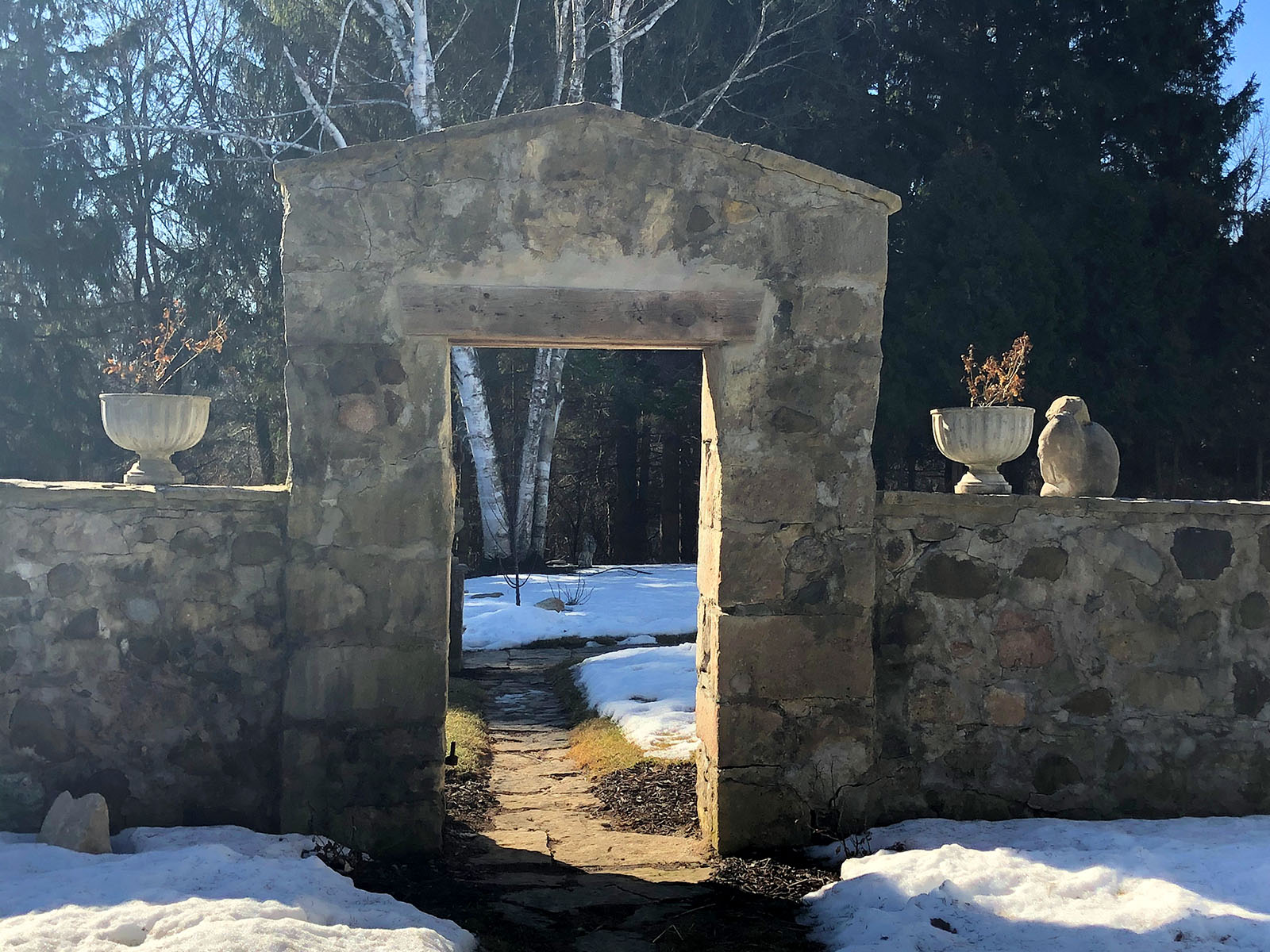 The story is that the unnecessary wall was a project imagined by Harriet during the Depression as work for the patriarch of a local needy family. The paid labor helped the family survive the dark years.

But that’s how Harriet rolled, it seems. When a massive drought hit the area, Harriet allowed neighbors to come fetch water from the Little Meadowmere well, which was so deep that it hadn’t dried up like theirs had. A vintage photo shows farmers’ wagons lined up waiting for access to the well.

A few years ago, a friend of my friend Steve Ewing purchased the property and has spent countless hours, energy and money restoring the exterior and renovating the interior, building a new kitchen, but preserving as much as possible at the same time. 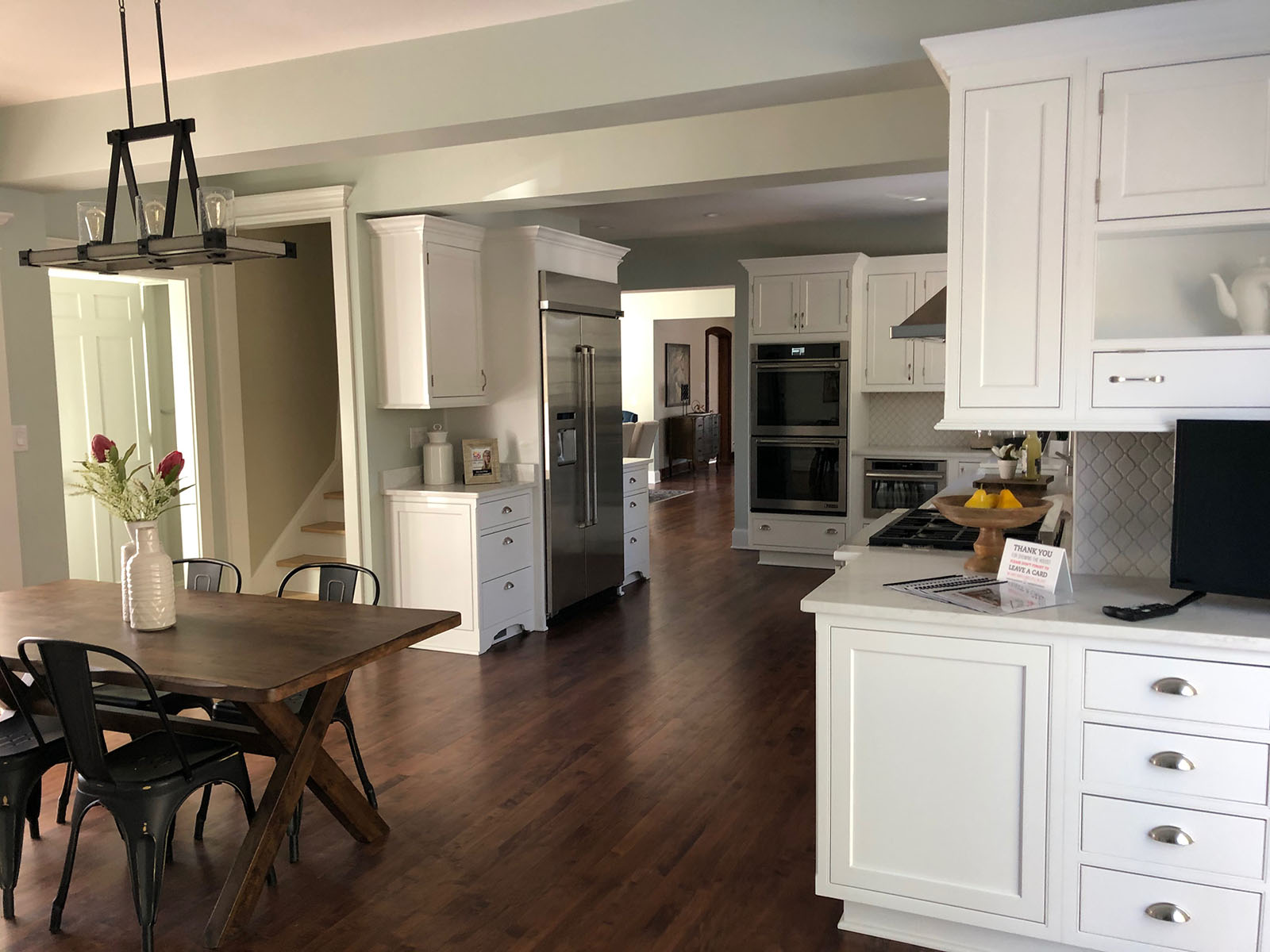 "What happened is when he got a hold of it," says Ewing, "they said, ‘we have to make this like a 21st century house, but we have to maintain as much historic as we can’."

Though it’s a modern paradise in terms of that kitchen, there are still original hardwood floors, now refinished to a striking sheen, that hand-hewn barn wood is still in place, as is a large, rustic country fireplace.

The main entrance manages to be grand while intimate, with a gothic ceiling and that marble tile from the Marine Bank on the floor. 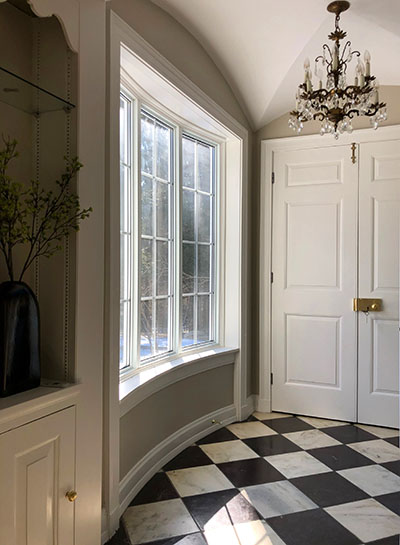 Outside the west windows is the garden, which I hear is quite lovely, but which was snow-covered when I visited.

I especially loved the barn, with its root cellar that looks like a beer lagering cave and its attic story, which appears to have a built-in chicken coop, four-stall stable area and connected by an arched passageway, what must’ve been a stableman’s or caretaker’s residence. 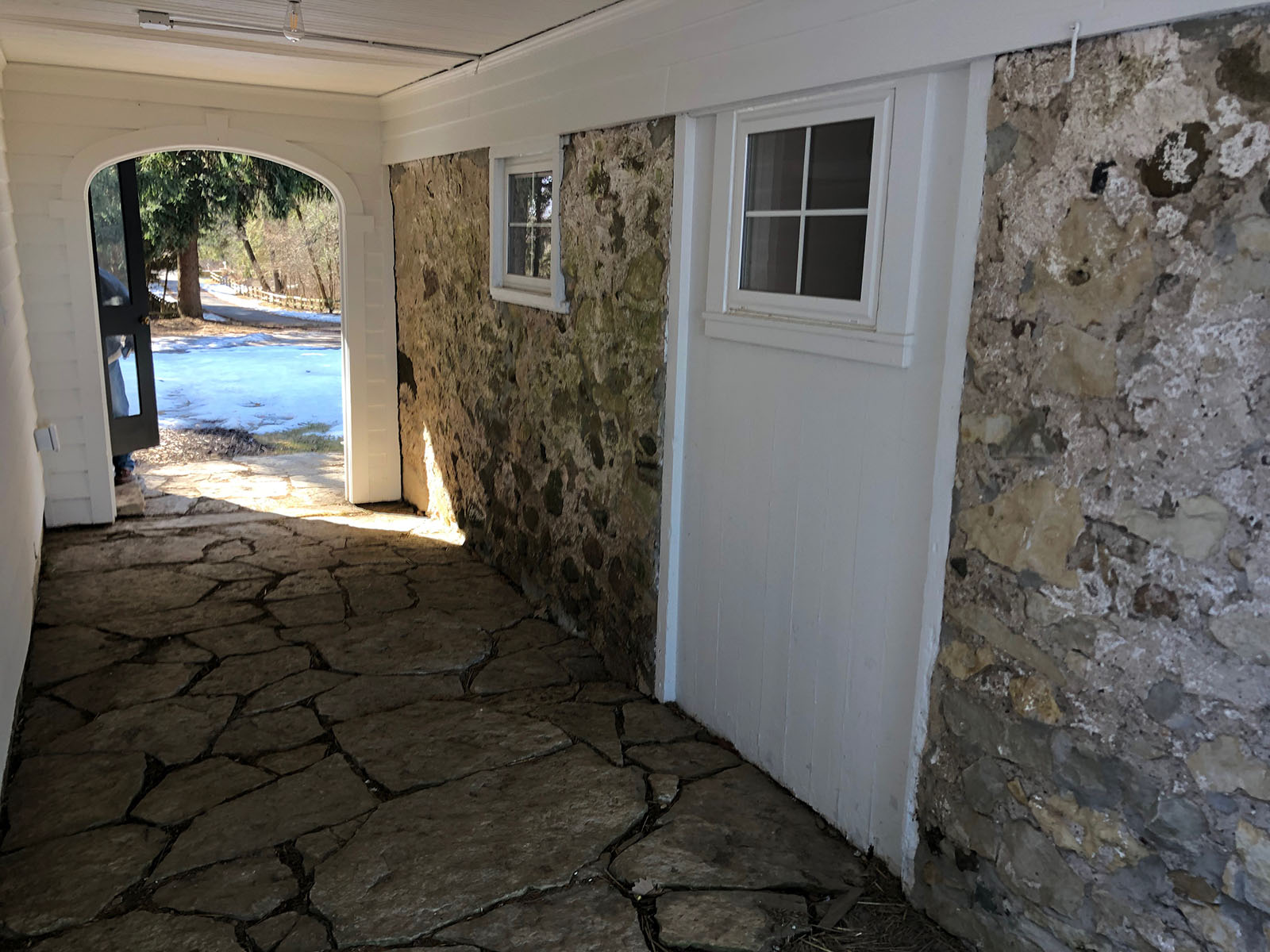 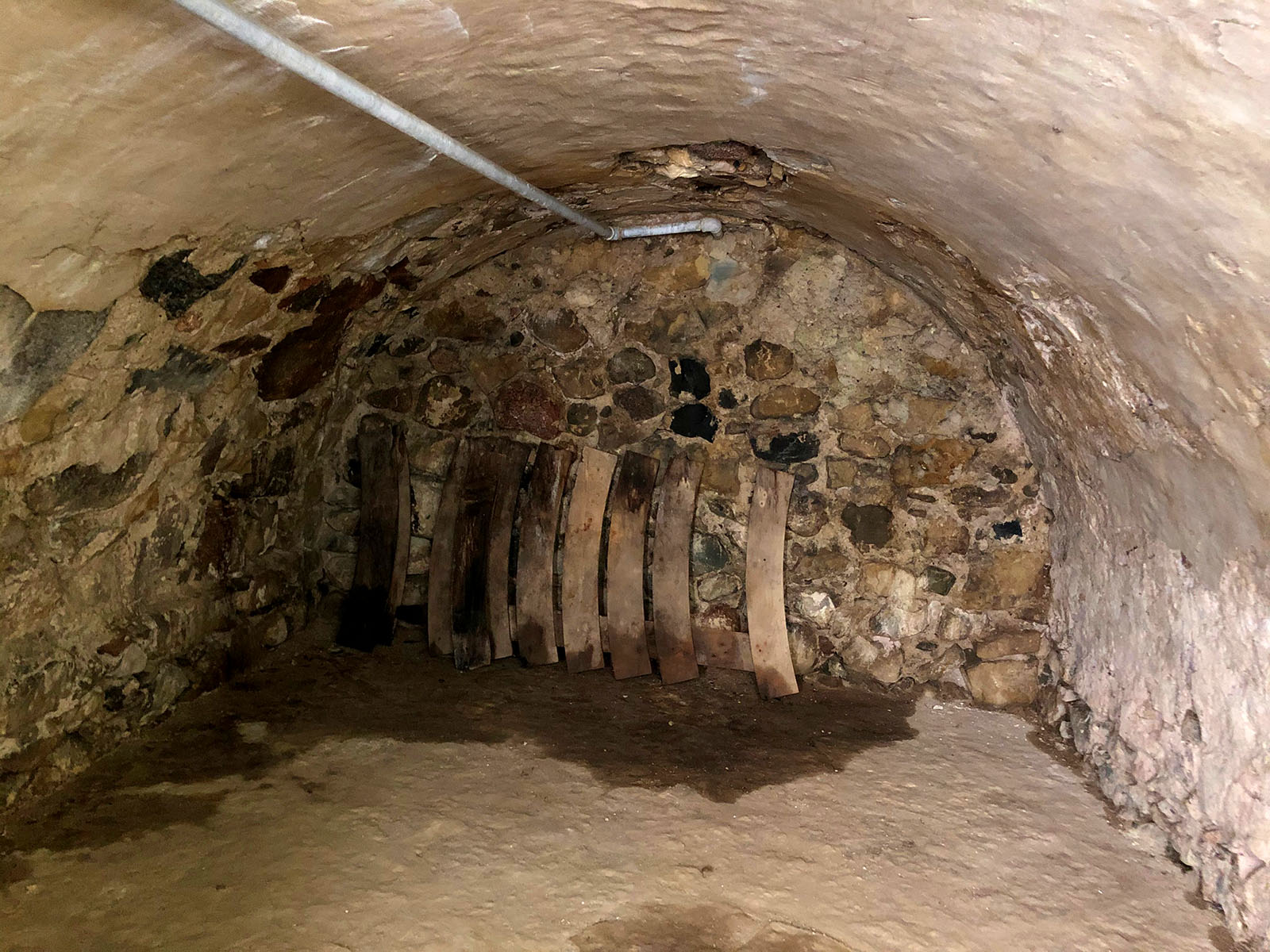 Set back from the road and clustered together, the small complex of buildings – like that hallway – succeeds at the near-impossible, feeling both sprawling and intimate at the same time.