One of the Milwaukee area's most interesting parks is a bit off the beaten path, but it's worth making tracks to Lizard Mound County Park in Farmington, just north of West Bend in Washington County. A wooded path twists and turns through 28 Native American effigy mounds, including the one shaped like a huge lizard which gives the park its name.

One of the Milwaukee area's most interesting parks is a bit off the beaten path, but it's worth making tracks to Lizard Mound County Park in Farmington, just north of West Bend in Washington County.

A wooded path twists and turns through 28 Native American effigy mounds, including the one shaped like a huge lizard which gives the park its name. At times, the path wanders through an open meadow area, too, where a gazebo was recently erected.

The pretty flat path is about a mile long and is easy to maneuver. It's shaded by stands of maple, oak and beech trees.

It is believed that the mounds were built between 700 and 1200 AD by tribes that have come to be called Effigy Mound Builders, according to the Planning and Parks Department of Washington County.

Shaped like various animals – there are two bird mounds, eight panther mounds and the lizard mound – the mounds, others of which are conical or linear, are unique to Wisconsin. Only a few similar ones have been found in bordering states. 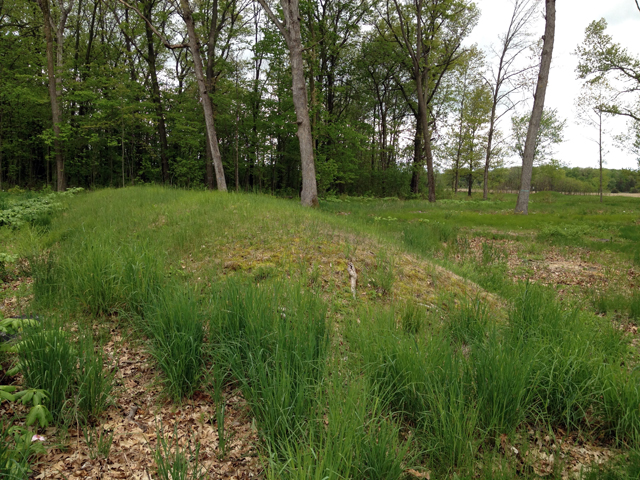 A couple improvements would make the experience even better for visitors. An easy one is signs on the path that identify and describe the mounds and put them into context. On an earlier visit there were such markers, but they're not there anymore.

A bigger project would be an observation tower that would allow visitors to see the mounds from above and appreciate their varied shapes.

Lizard Mound is listed on the National Register of Historic Places and became a park in 1950 – the county acquired it from the state in 1986 – and archeologists arrived to examine the site a decade later. They found human remains in some of the mounds as well as the remains of dogs in others. The builders buried the remains in pits – often with pottery, weapons and other items – and built the mounds atop the pits.

One of the mounds once had a plexiglass panel installed so that visitors could get a glimpse inside, but that has since been removed. 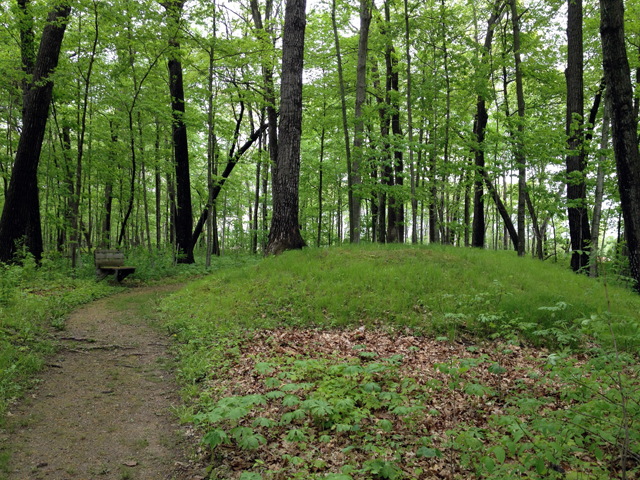 From their research, archeologists were able to discover that the builders were not farmers, but, rather, hunters and fisherman who roved around but usually returned to a special site. They were adept at making pottery and weaving cloth.

Usually, the park is quiet and cool, even on hot days, thanks to the canopy of leaves. In addition to offering a fascinating peek into Wisconsin's past, the path occasionally offers a tempting glimpse of neighboring farmland and woods.

Lizard Mound County Park also has picnic tables and outhouses near the small parking lot. Pets are welcome but must be leashed. Admission is free and the park is open seven days a week, 6 a.m.-9 p.m., from April 1-Nov. 14.

To get to Lizard Mound County Park, take 144 north from West Bend, two miles to Cty A. Turn east and park entrance is one mile ahead.