Last year, Minneapolis-based Lizzo opened for Doomtree and Sleater-Kinney in Milwaukee and now returns to headline a show. She will perform with DJ Sophia Eris at Turner Hall Ballroom on Saturday, Feb. 20 at 8 p.m.

Lizzo – born Melissa Jefferson – is a part of the burgeoning hip-hop scene in Minneapolis. She is the founding member of groups The Chalice, Grrrl Prty, The Clerb and Absynthe as well as a solo performer and recently released her third album, "Big Grrrl Small World" – a mix of alt-rap, gospel and neo-soul.

Last year, the vivacious Lizzo opened for Doomtree and Sleater-Kinney and returns to headline a show. She will perform with DJ Sophia Eris at Turner Hall Ballroom on Saturday, Feb. 20 at 8 p.m. Tickets are $15 and available here.

She has become an activist and role model for many women, particularly larger women.

"I love that because I am a woman and because I rap and I look the way I look, I can connect with the demographic of people who feel like they have a voice in me," Lizzo told "Billboard. "I get to speak to these people who did not get spoken for in this genre." 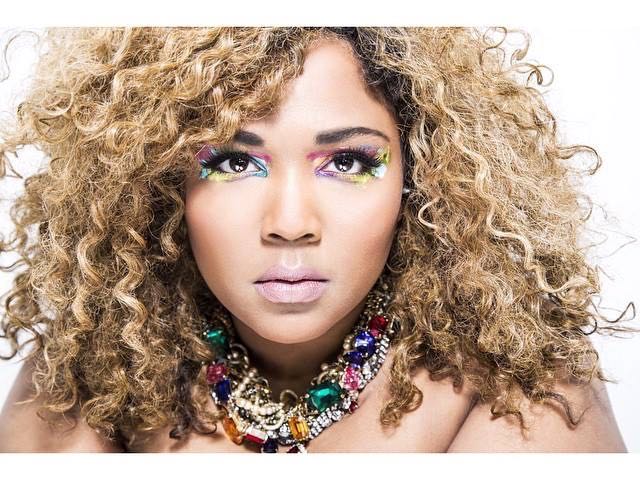 Recently, OnMilwaukee had a chat with Lizzo while she was en route to a gig about Minneapolis, her performance on David Letterman and her new album.

OnMilwaukee: When did you first take an interest in music?

Lizzo: When I was in intermediate school I played the flute. I also did the normal teenaged girl stuff, started "girl groups" with my freinds.

Where did you grow up?

I was born in Detroit and I moved to Houston when I was 10.

When did you move to Minneapolis?

I came to Minneapolis on a whim with a friend who wanted to make music. My band had just broken up in Houston, so it was a good time for me to go.

How do you like Minneapolis? Is it a supportive city for a hip-hop artist?

I think so. I like it here very much and I am doing well. Anyone who dives into the scene here will see it’s very rich with a lot of talent, like Allan Kingdom, and there are a lot of cool hip hop events to discover.

What are some of your favorite Minneapolis venues to perform in?

First Avenue is one of my favorite venues in the country. I always have a great time there and the staff is very fun and professional. It’s a special place.

What was it like being on the David Letterman show? (Lizzo performed on the show in 2014.)

It was very, very cool to get that kind of recognition and to be on television knowing how many people were watching. Dave was really funny and supportive.

When do you find time to write?

When I’m on tour, like I am right now, I don’t do a lot of writing. However, I will spend months at a time focusing on my writing. Just before this tour, for the entire month of January, I was writing in L.A. I plan to get back to serious writing for the month of March.

Do you enjoy touring?

I do. I love it. This is our first time headlining a tour.

What kind of vehicle do you tour in?

Who are your largest music inspirations?

Are you happy with your latest album?

I am. I think it turned out really great. I put a lot of hard work into it and I’m proud of it. I’m getting a lot of positive feedback and support – from my mom and brother to other people in the industry. I am lucky and blessed.