The Pfister Lobby Lounge closed on the day after Labor Day for a fresh look. It re-opens to the public on Thursday. We stopped by to take an early look and although the space was eerily quiet without the soothing sound of the piano, it looked almost ready to go.

The Pfister Lobby Lounge closed on the day after Labor Day for updates and a fresh look. It re-opens to the public on Thursday.

We stopped by this weekend to take an early look and, although the liquor bottles have not been put on the shelves and the space was eerily quiet without the soothing sound of the piano, it looked almost ready to go.

Overall, it has the same look and feel as the original space, which is important because it needs to reflect the "living room" feel that was envisioned by Guido Pfister when he was having the hotel built in the 1880s and '90s. (The Pfister opened in 1893, but Guido passed away before it was completed.)

The Lobby Lounge – and the entire lobby – received new carpeting. 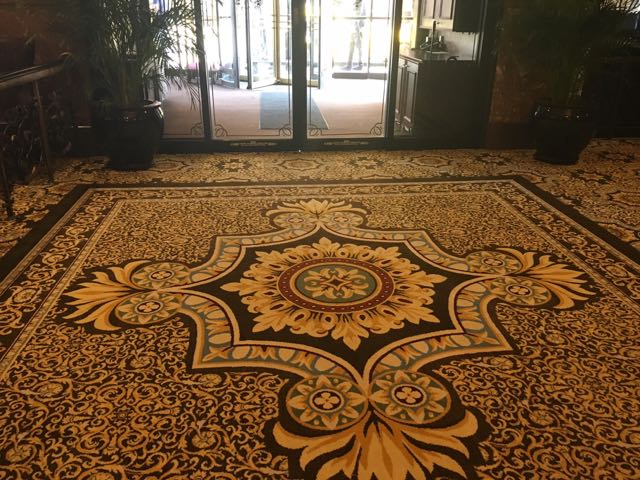 The Lounge also has new furniture, fixtures, glassware and a bar with a lit facade and a massive, dramatic mirror. The bar has fewer seats now with seven, but also offers electrical outlets and USB ports.

And phew, this guy still protects the Lounge entrance. 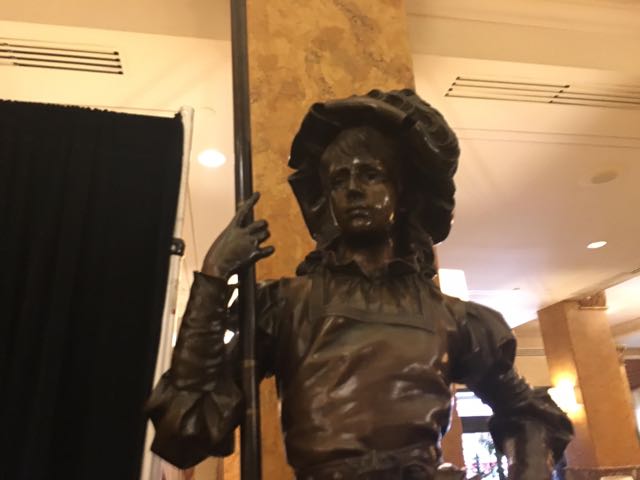 A new food and drink menu will be introduced soon. The beloved bar snacks are, for now, the same as before (think upscale Gardetto’s), but Pfister general manager Tim Smith says there might be a change in the future.

"We’re searching for the perfect snacks to complement the new food and drink menu," says Smith. 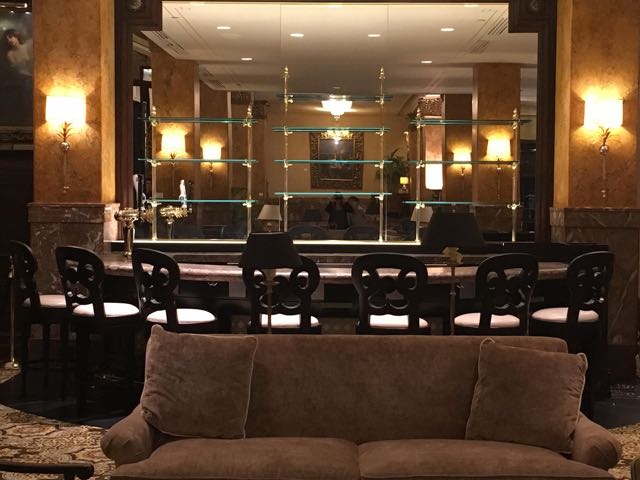 The fireplace remains one of the bar’s crown jewels and, luckily, was not augmented in any way.

"All we did was dust the mantel," says Smith.

The only piece of original marble that was not damaged in the 1930s and '40s when the hotel was in disarray still sits in front of the fireplace.

The Lobby Lounge (which was also called Cafe Ole for a while) underwent various updates over the years, but the last time it was renovated was after Ben Marcus purchased the hotel in 1962.

Smith says they do not have a big grand opening planned at this point, but they might acknowledge the new space during the annual holiday tree lighting on the Friday after Thanksgiving.

"The Lobby Bar is the melting pot of the hotel, really of the neighborhood," says Smith.