Milwaukee's first hard cider bar, Lost Valley Cider Co., opens this week in Walker's Point, featuring a host of ciders from the U.S. and beyond, including varieties not currently available in Milwaukee.

The bar is the brainchild of father-and-daughter team Stuart and Chandra Rudolph, who say they’ve been brainstorming a concept focused on cider for a number of years.

The Rudolphs, who have been brewing both beer and cider at home for quite some time, said they originally planned to start a cidery where they’d brand their own cider. But, ultimately, they changed gears. 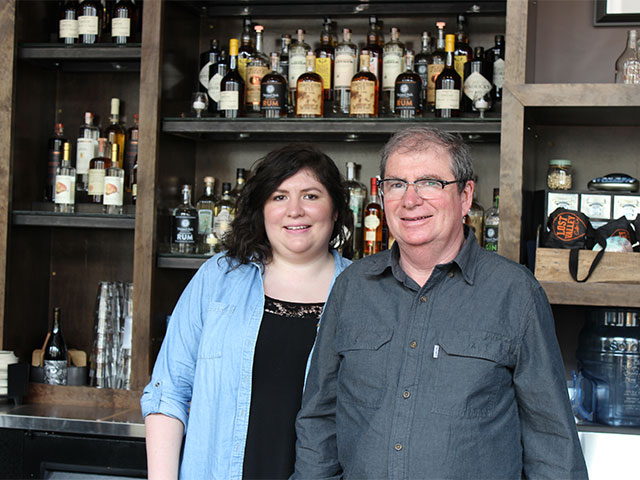 "We realized that there really weren’t any great platforms for promoting all the great ciders out there," says Chandra. "And it’s something we were really interested in taking on, especially as we saw the cider market beginning to boom."

"We’d done our research," adds Stuart, "Traveling to places like Portland, Virginia and North Carolina. And we saw such a big opportunity for showcasing all of the varieties of cider that are being produced around the nation and nationally."

"Everyone has a 'lost valley' ... kind of their like Shangri La," says Stuart as we chat about the concept behind the name for Lost Valley, which was inspired by family travels.

"When my dad was growing up he would visit his grandparents' farm in Massachusetts," Chandra explains. "They always referred to the area as as the 'lost valley.' Years later, when we would take hiking trips out west as a family, we always called them lost valley expeditions.'"

Stuart adds: "The name really attempts to capture our natural propensity for adventure and exploration. And that’s really what we do here, encouraging the collaborative exploration of ciders from around the world."

The space, in turn, reflects that sense of adventure. A wooden map on the wall sits above a corner lounge on the west end of the bar. 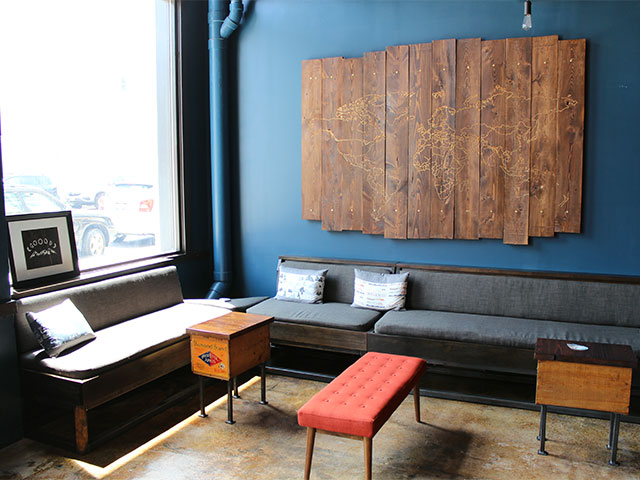 Photographs on the walls encourage adventure and exploration. 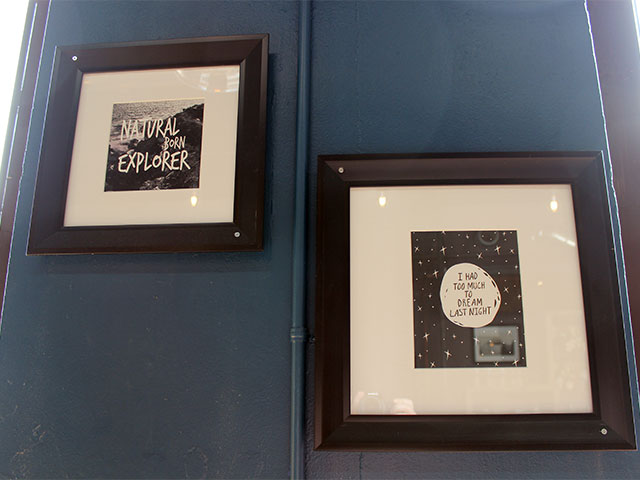 Look for the elevation marker for the highest peak in Wyoming, a souvenir from the Rudolph's family travels, emblazoned on the flooring near the bar. 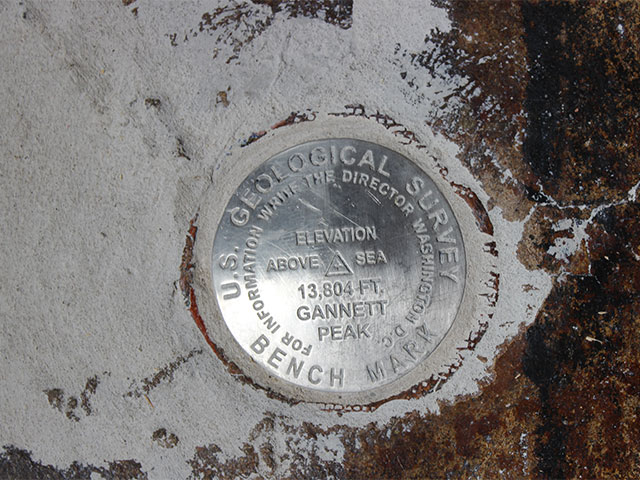 Meanwhile, the "Starry Night booth," featuring a ceiling filled with twinkling LED lights, accommodates seating for two to four in the north east corner, conjuring the look and feel of the night sky. 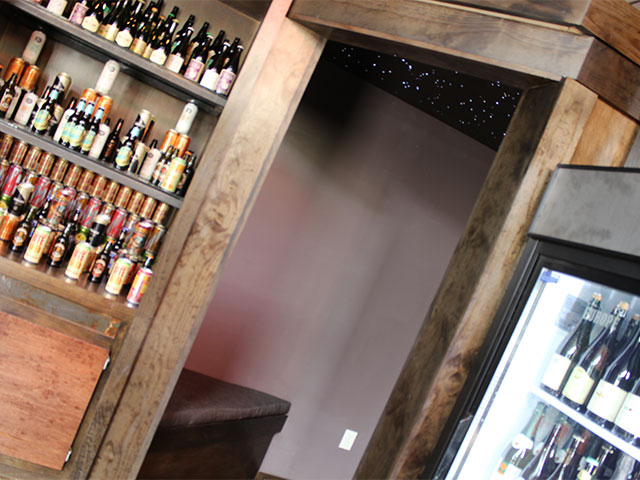 Additional stories are told through the design of the space, which features reclaimed items – including bricks and windows along the bottom face of the bar – taken from the building itself, which once housed a candy factory. 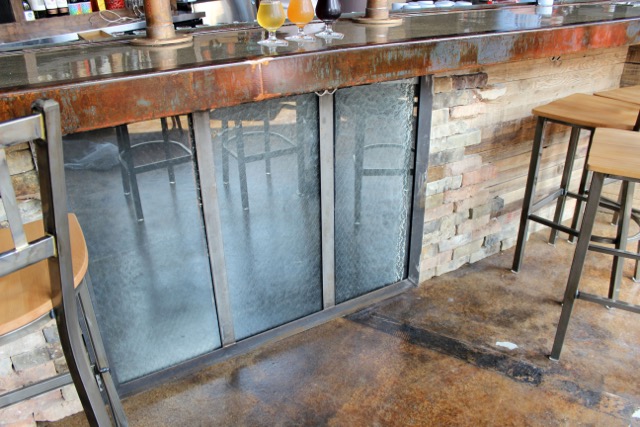 An old fire door emblazoned with Lost Valley's name is also displayed, complete with the pulley system that would have been used in the building.

Lost Valley’s cider selection, which includes 20 taps, plus canned and bottled varieties, will include selections from England, France and Spain, along with American craft ciders from the Pacific Northwest and Mid-Atlantic states. There will also be Wisconsin ciders, including Island Orchard (Door Co.), AeppelTrow Winery & Distillery (Burlington) and Restoration Cider (Madison). 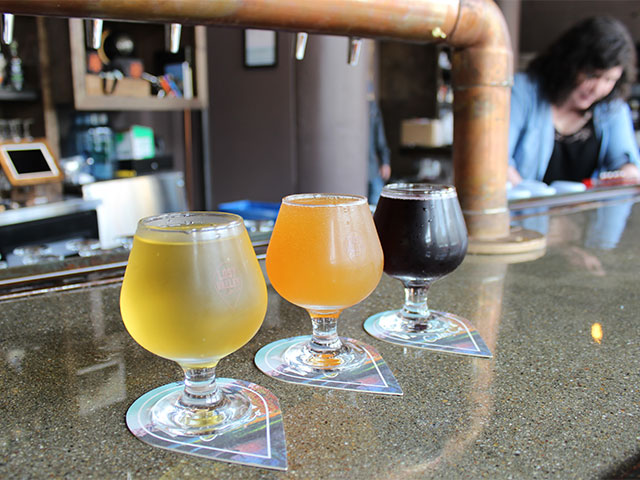 To assist customers in finding ciders they’ll love, offerings are divided into categories based on their flavor profiles. 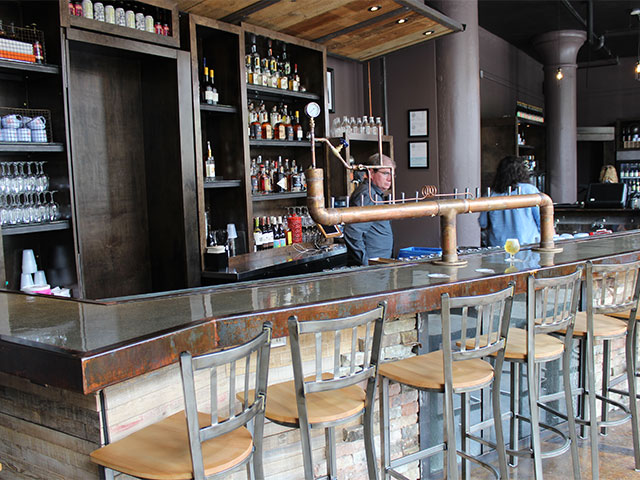 "Everybody has a cider they love," notes Chandra. "They just haven’t necessarily met it yet. But we’re always happy to guide people to what their taste profile might be." 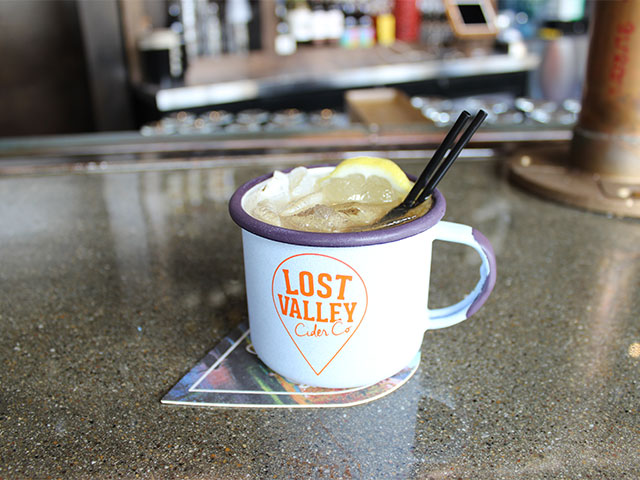 For those who’d prefer beer, there will be three craft brews on tap, including Raised Grain Paradocs Red IPA, Enlightened Pale Wheat Daily Stipend and Metropolitan Crankshaft Kölsch. The bar will also feature a selection of wines from around the world on a seasonal basis. Current selections include environmentally conscious Chilean wines priced $7-10 per glass.

Bar snacks, including popcorn from Knight’s Gourmet Popcorn (Milwaukee), as well as a seasonal cheese board featuring three rotating selections from Clock Shadow Creamery with crackers. 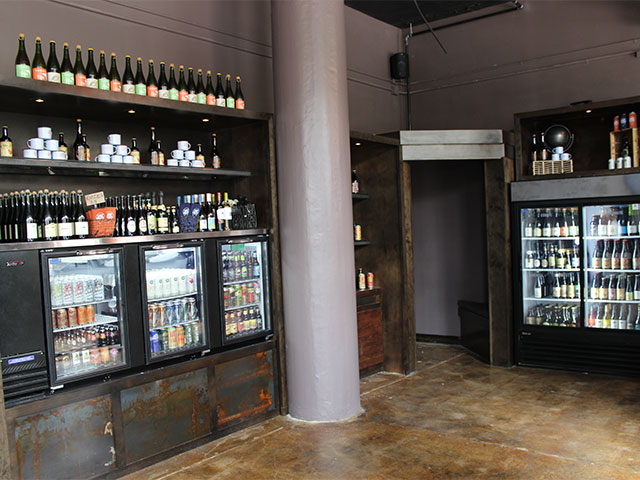 Bottles of cider will also be available for purchase at a discount in the Lost Valley Bottle Shop, which is open daily until 9 p.m. (8 p.m. on Sundays). Discounts include 40% off on-premise prices on all cans and small format bottles, with a 50% discount on the purchase of four or more. Premium ciders carry a 30% discount.

Beginning June 26, Lost Valley will also offer weekly Sunday afternoon tasting classes that will cover topics including the basics of cider, along with tasting classes featuring flights from Europe and Wisconsin. The first class will be Cider 101 and will include a tasting of five ciders.