The late Mark Goff captured Lou Reed's third Milwaukee performance - Halloween night 1974 - with his camera and those photos are pretty cool to see.

Local writer and photographer Mark Goff was a legend on the counterculture scene, which he helped document with his pen and his camera. In more recent years, he shared his memories and images in a number of OnMilwaukee stories.

Mark passed away in December and his kids have been working on sorting through his photos, which include everything from concert shots to counterculture gatherings gone awry to visits to Kitty Hawk and more.

Just today, the AP ran a series of photos that Goff snapped at Woodstock music festival in 1969, when he was just 22.

They also shared with me a series of photos that their dad took at Lou Reed’s Halloween 1974 concert at the Milwaukee Auditorium (now the Miller High Life Theatre) and I thought you just have to see them.

The performance was Reed’s fourth here – after two nights in January 1973 at Humpin’ Hannah’s and another that May at the Marquette University student union during the "Transformer" tour – and formed part of the tour for his "Sally Can’t Dance" LP, released that August.

Though the setlist for the show doesn’t survive, based on the setlists for shows on the tour a few days before and a few days after the Milwaukee gig (they were identical, except the latter performance omitted "I’m Waiting for the Man"), it seems safe to say he played this set ... 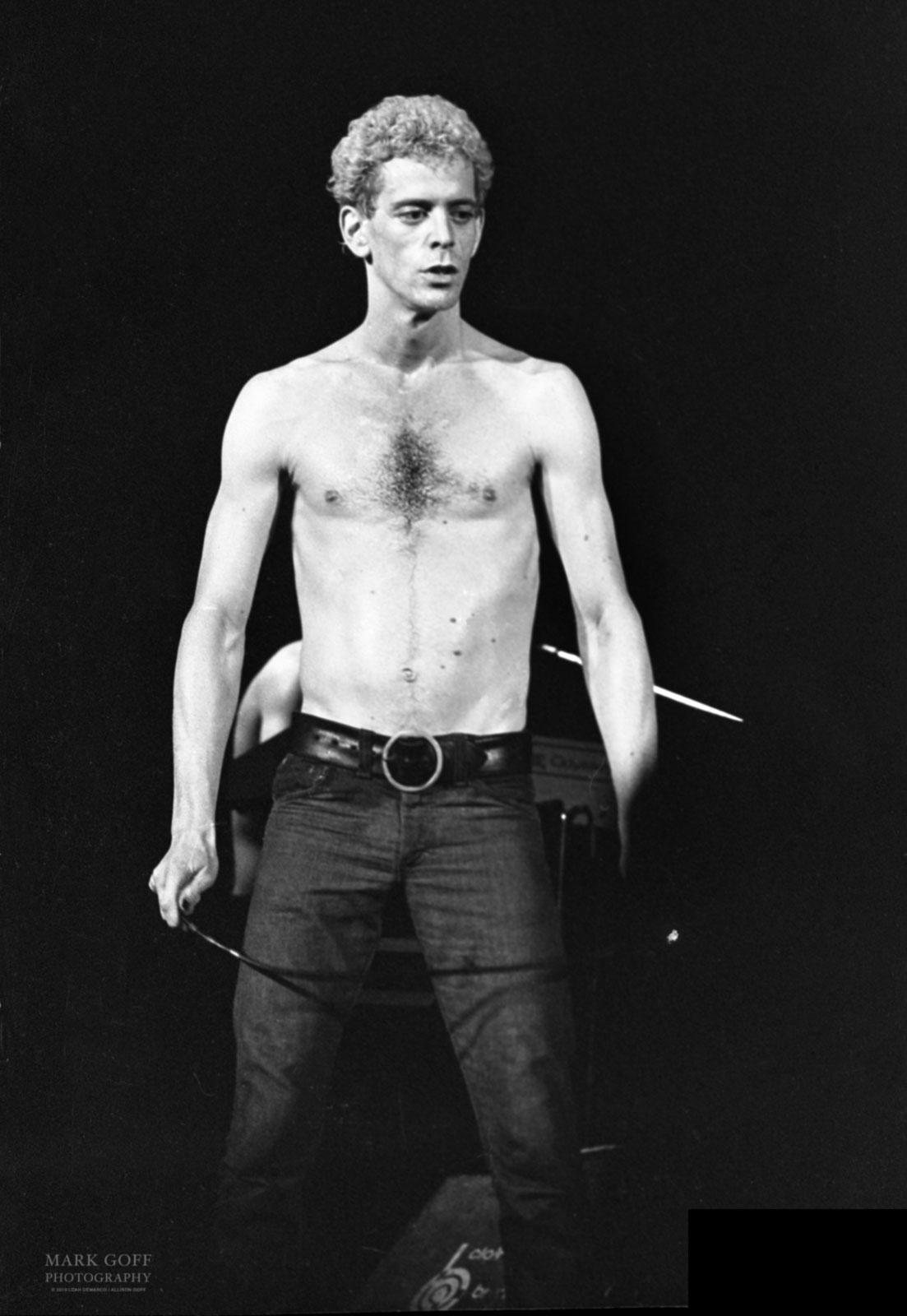 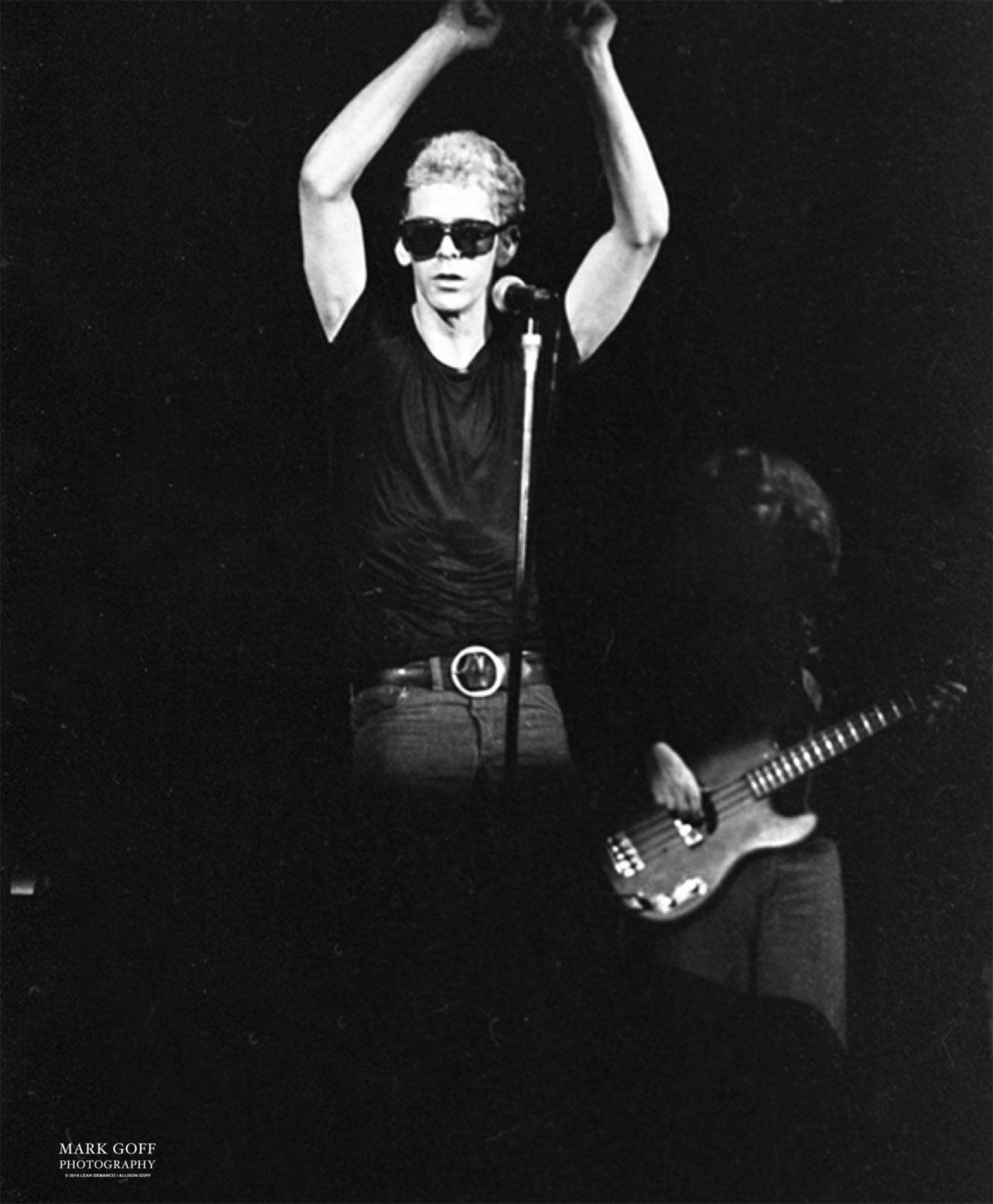 The show had been booked by Milwaukee’s Daydream Productions, run by Alan Dulberger and Randy McElrath, who the following year would book the legendary Bruce Springsteen bomb scare show at The Uptown. Mark was there to shoot photos, too, thankfully!

The gig – opened by New Orleans stalwart Dr. John, who died this June, and the magic duo of Tom and Sherry – was preceded by a costume contest and the Milwaukee Sentinel’s reviewer, Rod French, talked more about that than about Reed in his brief review tucked away deep into section two of the paper the next morning. 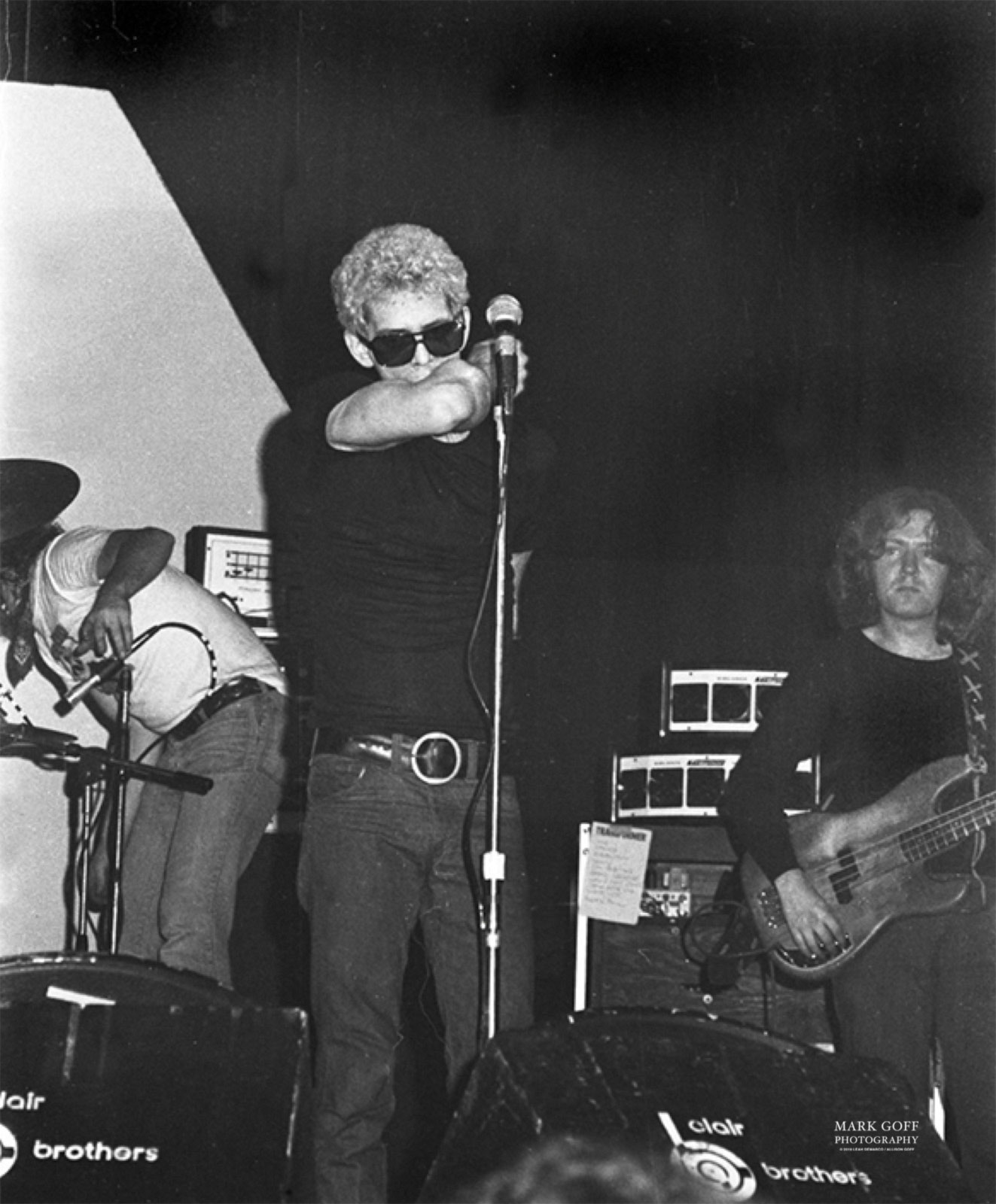 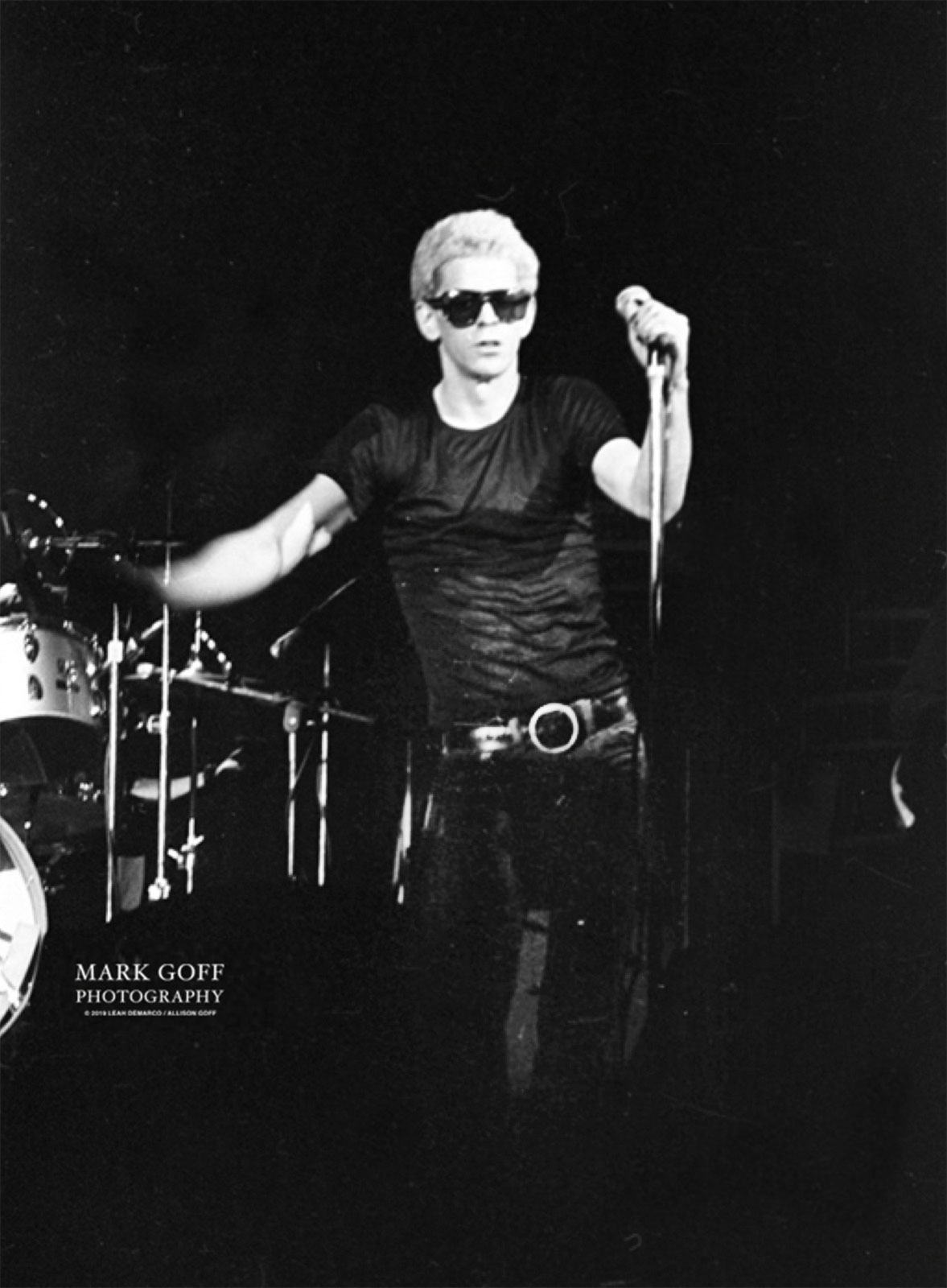 French deemed Reed’s performance, "Short on music and long on theatrics," and said the former Velvet Underground frontman "had a tough act to follow Thursday.

"His competition was his audience, 6,200 strong, which packed the Auditorium in an assortment of costumes that would make any Halloween goblin pale. It was, to steal the title of Reed’s biggest hit, a ‘Walk on the Wild Side.’

"The winner of a costume contest held before the concert was, in the words of one baffled usher: ‘Pink and short. It looked like a tooth. I think it was a tooth."

French noted that among the costumes was a pumpkin, a stilt-walker and a Dracula, "with long fangs (that) had apparently bitten himself and had a streak of blood running down his chin.

"By contrast, Reed seemed almost straight," French continued. "He came on in a black leather jacket, black T-shirt and tight fitting pants, to howls of approval from his audience. Reed is one of the few rock performers who have made it big on songs laced with kinky sex, drugs and dancing that supplements the words of the song.

"It is probably fair to say first that Reed gives his audience what it asks for, and second that it is a good performance. But it is not music, though Reed’s backup band doesn’t sound that bad. But the, Thursday was Halloween and music wasn’t the order of the night. The costumes were the real show, and they really were quite good."

The Journal sent Damien Jaques to the show and he, thankfully, watched Reed’s performance.

"A comparison of Reed and Jagger is inevitable," wrote Jaques, later a longtime OnMilwaukee contributor. "Reed rivets attention with his bold dramatic stage movement. Like Jagger, he dances, sweeps his arms back and forth, constantly plays with the microphone. Where Jagger only hints at bisexuality, Reed flaunts it. ... Reed is both tough and feminine.

"He sang his favorites and hits, including a graphic version of ‘Heroin’ and a new version of ‘Walk on the Wild Side’ while puffing on a cigarette. When it was over, he disdainfully tossed the microphone on the floor and walked off. Even that was exciting."

The Journal ran nearly a full page, with large photos of the costumes above the review by Jaques, who was less impressed by Dr. John.

"Now you really have to see Dr. John to believe him," he wrote. "Looking like a cross betwen Leif Erickson and Chickenman, he does a little war dance as he moves on stage, led by his band, the Night Trippers. He talks and sings in a rasping grunt. It is obviously his showmanship, not his music that has made him great."

Reed would return to Milwaukee numerous times, practically making a second home of the Riverside, where he performed two nights in October 1976, and played again in 1986, 1989 and, for his final Brew City gig, in 1992. In 1978, he played at the Oriental.

Two years earlier, Goff’s daughter Alli, who was working in New York City, ran into Reed’s assistant at a dinner. Showing off an online gallery of her dad’s work, the assistant shared the Milwaukee images with Reed, who requested a print.
The elder Goff, a huge Reed fan, was happy to send a print. In fact, he sent two. One of them Reed signed and returned to Mark. The other hung proudly in Reed’s New York office. 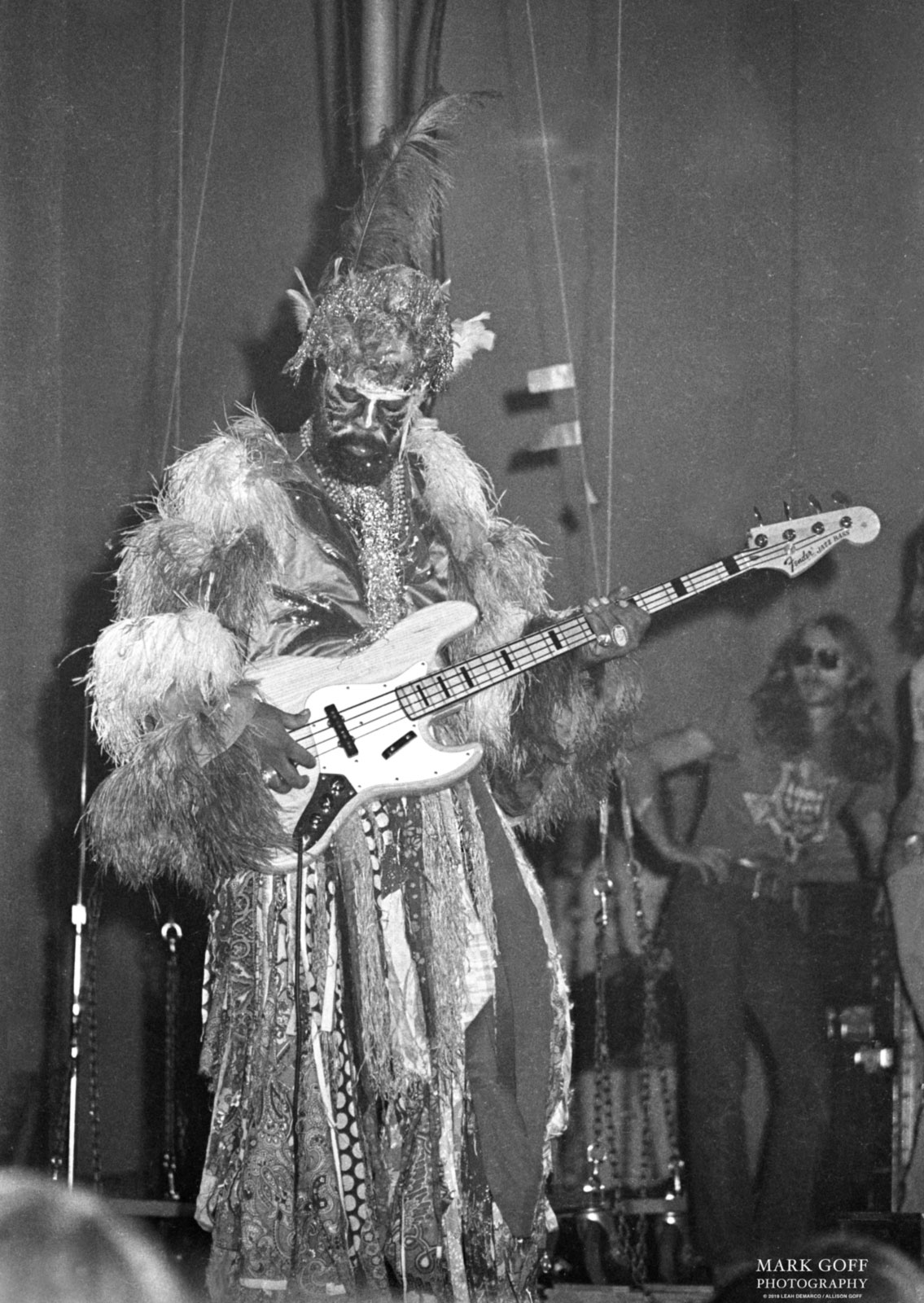 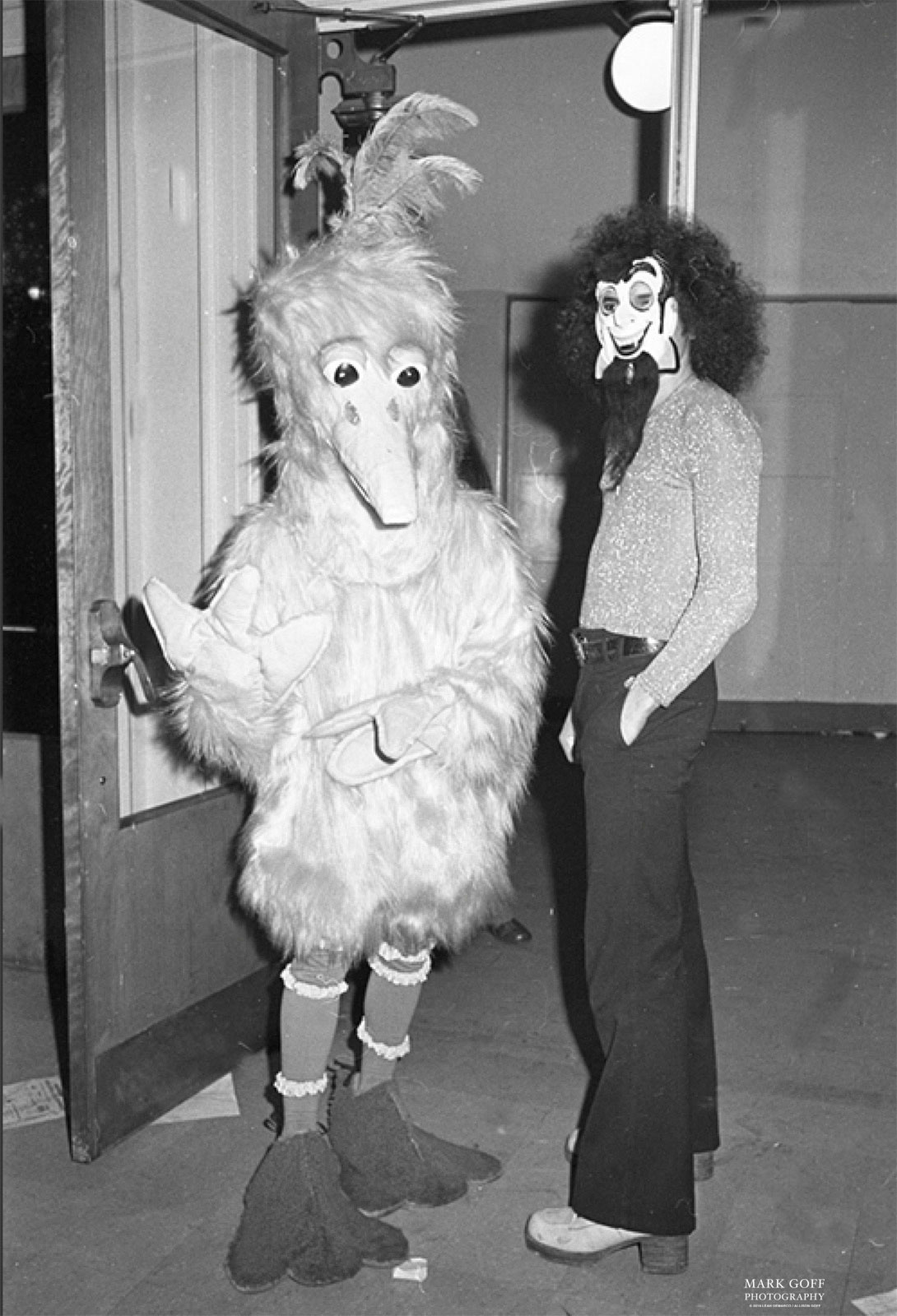 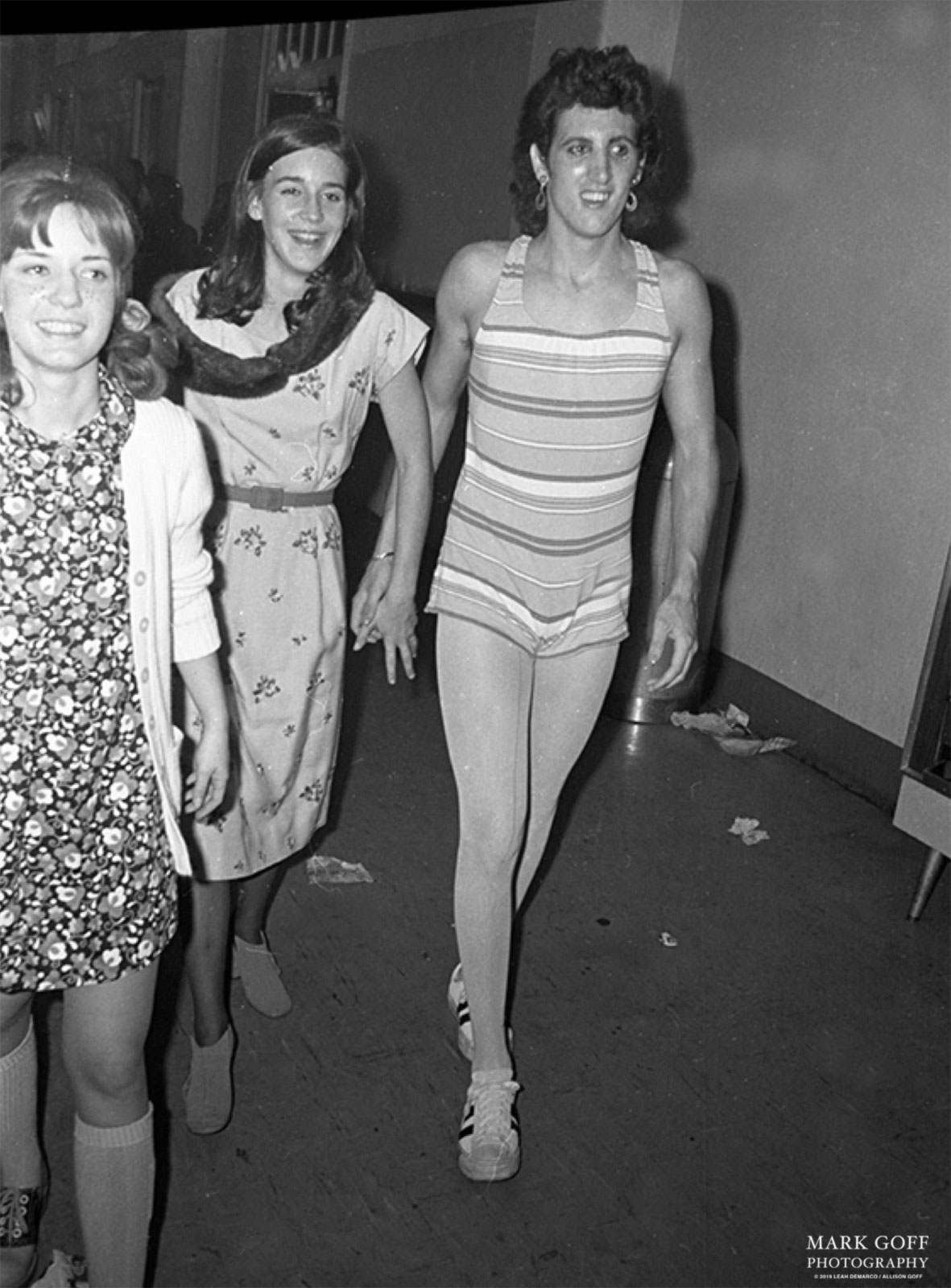 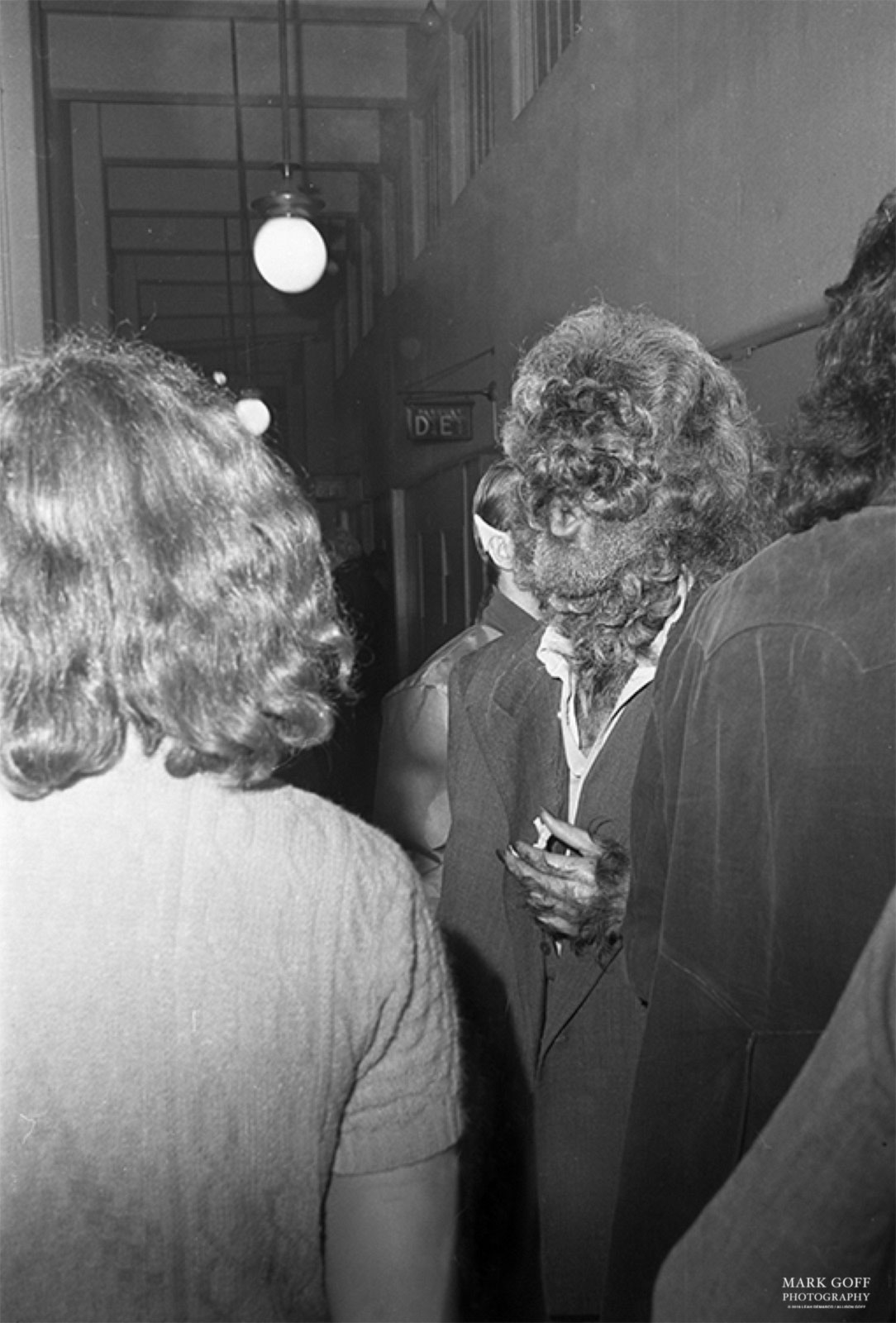 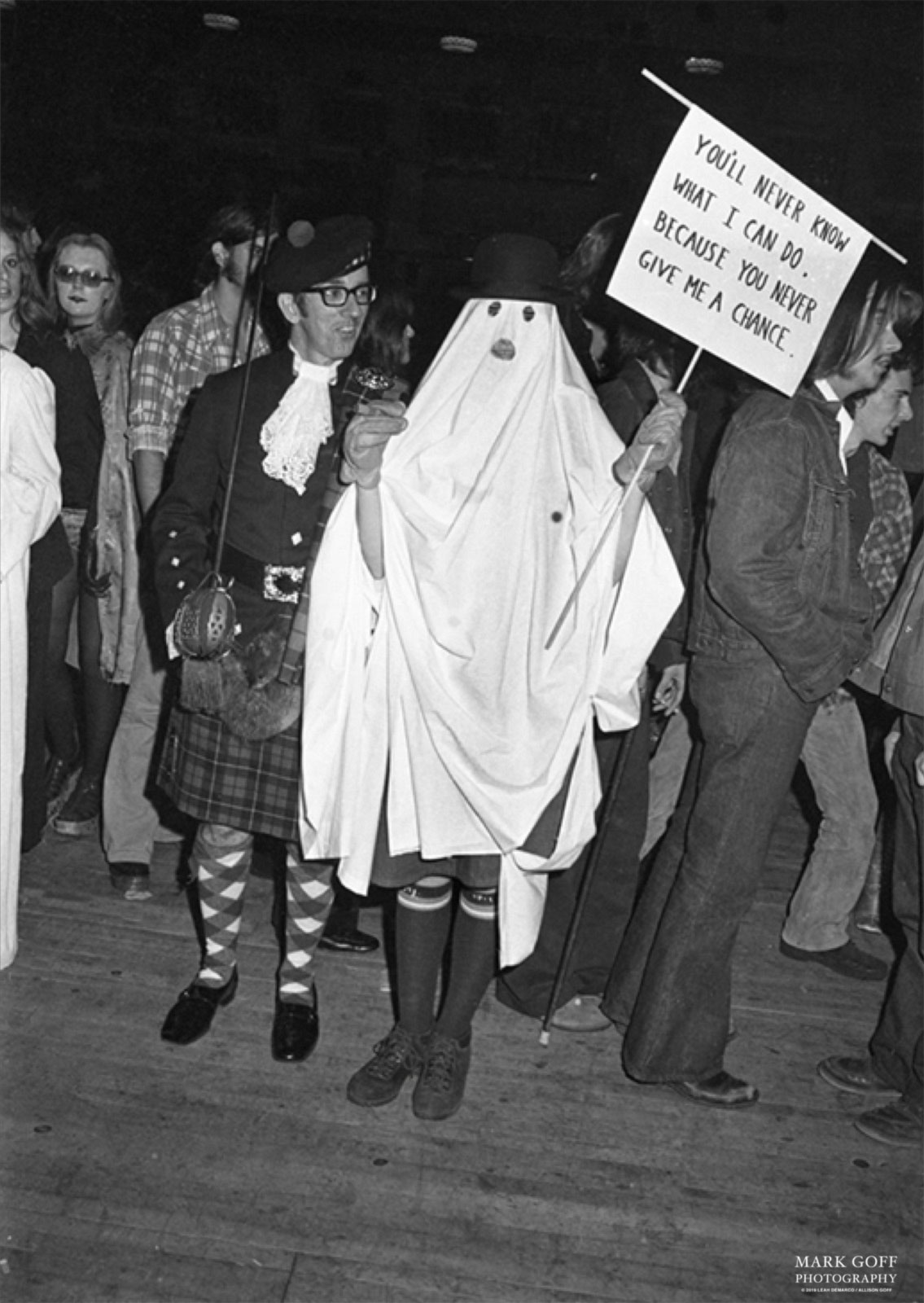 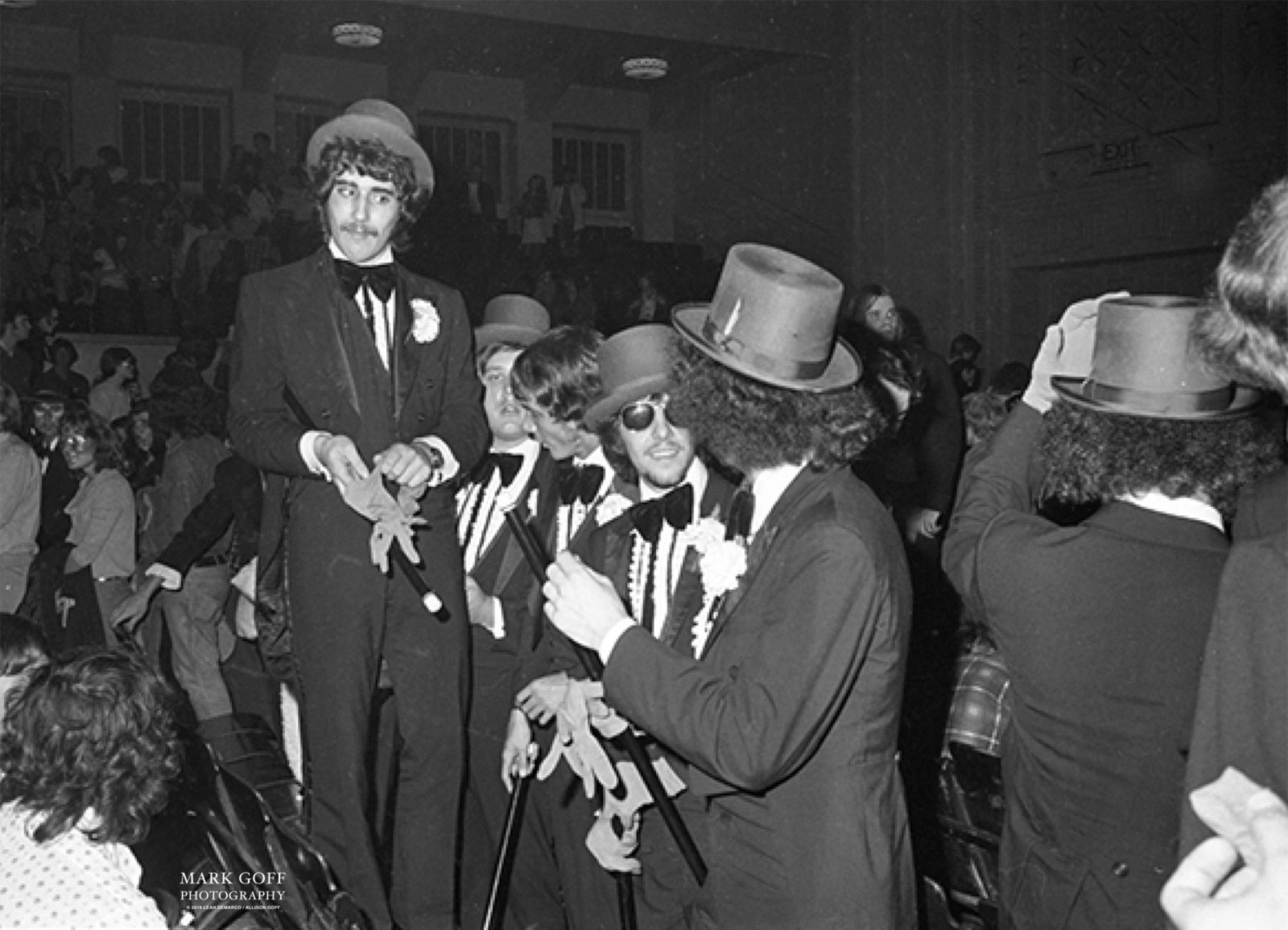