Everyone is welcome: Love is the heart of Amilinda

This is the story of Gregory and Orry Leon, the proud gay men whose work forms the backbone of Amilinda and whose personalities have made it a warm, welcoming place for everyone.

The restaurant was a culmination of years of hard work during which the Leóns built a following through pop-up dinners and searched for a brick and mortar location where their dreams could come to fruition. It was also a vision born of both familial and family support. And when I wrote about it in 2015, I described the birth of the restaurant as a love story.

The story I didn’t tell at that point was another story of love and mutual respect. It was the story of Gregory and Orry, the proud gay men whose work forms the backbone of Amilinda and whose personalities have made it a warm, welcoming place for everyone. 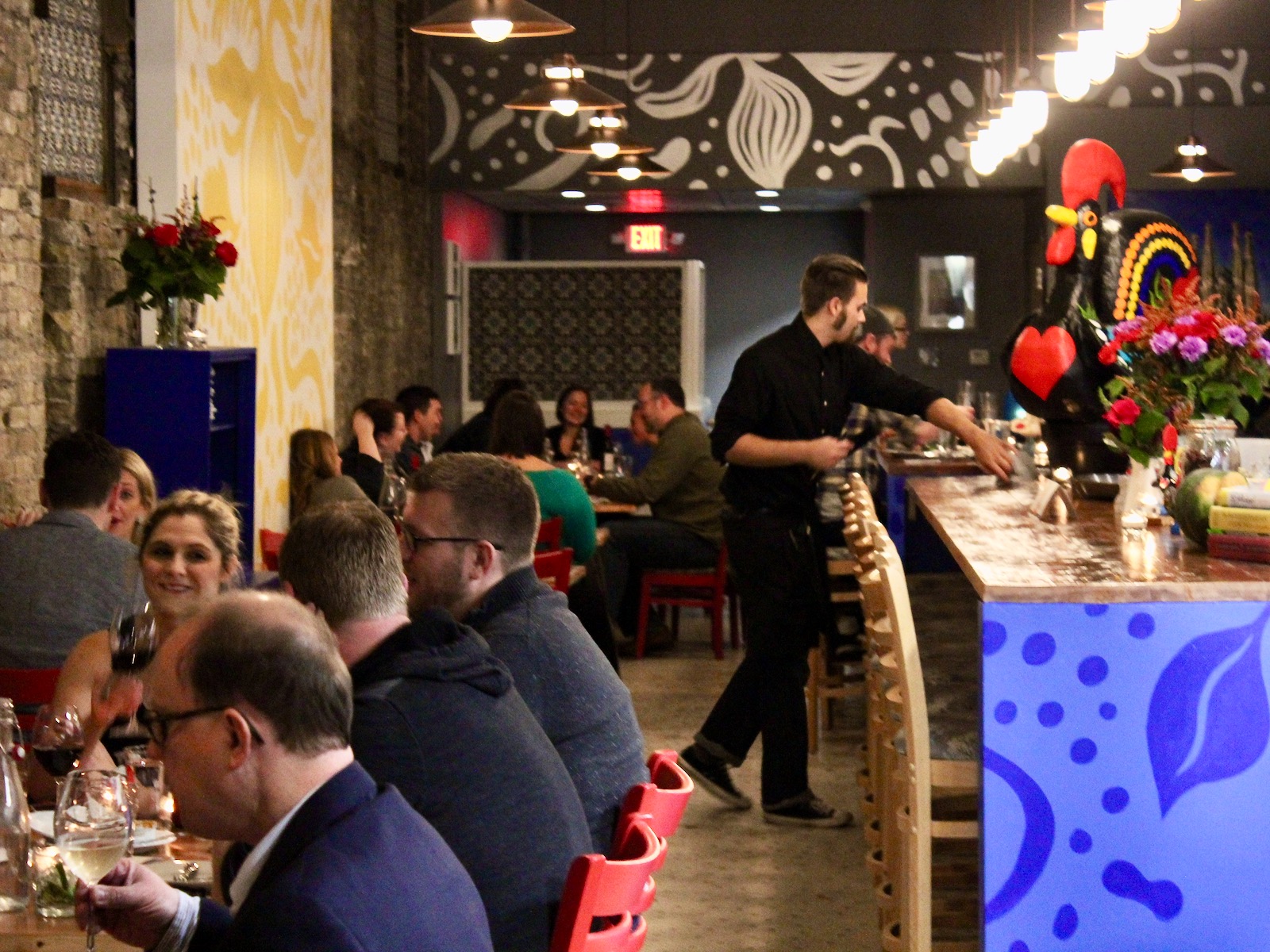 It was 2012 when the two first met. They made their acquaintance through a dating app and met for the first time on a date at Odd Duck Restaurant.

"It wasn’t a very good date," Gregory recalls. "And I really wasn’t sure we’d go out again. In the gay community, if you have one bad date... typically that’s the end."

But something was sparked that kept the two men talking. Two or three weeks later, Gregory posted on social media about some dental work he was having done. And shortly after, he got a call from Orry.

"I don’t know what I was thinking," says Orry. "But I’ve been through a lot of dental reconstructive surgery myself. And I knew it was the worst to be alone and in pain."

So he asked Gregory if he could come over and cheer him up. He brought soup for dinner and movies to watch. And the two spent the evening talking and laughing about life.

"We had a really good time," Gregory recalls. "Orry fell in love with my dog, Guy… which really meant something to me. And we just really hit it off." 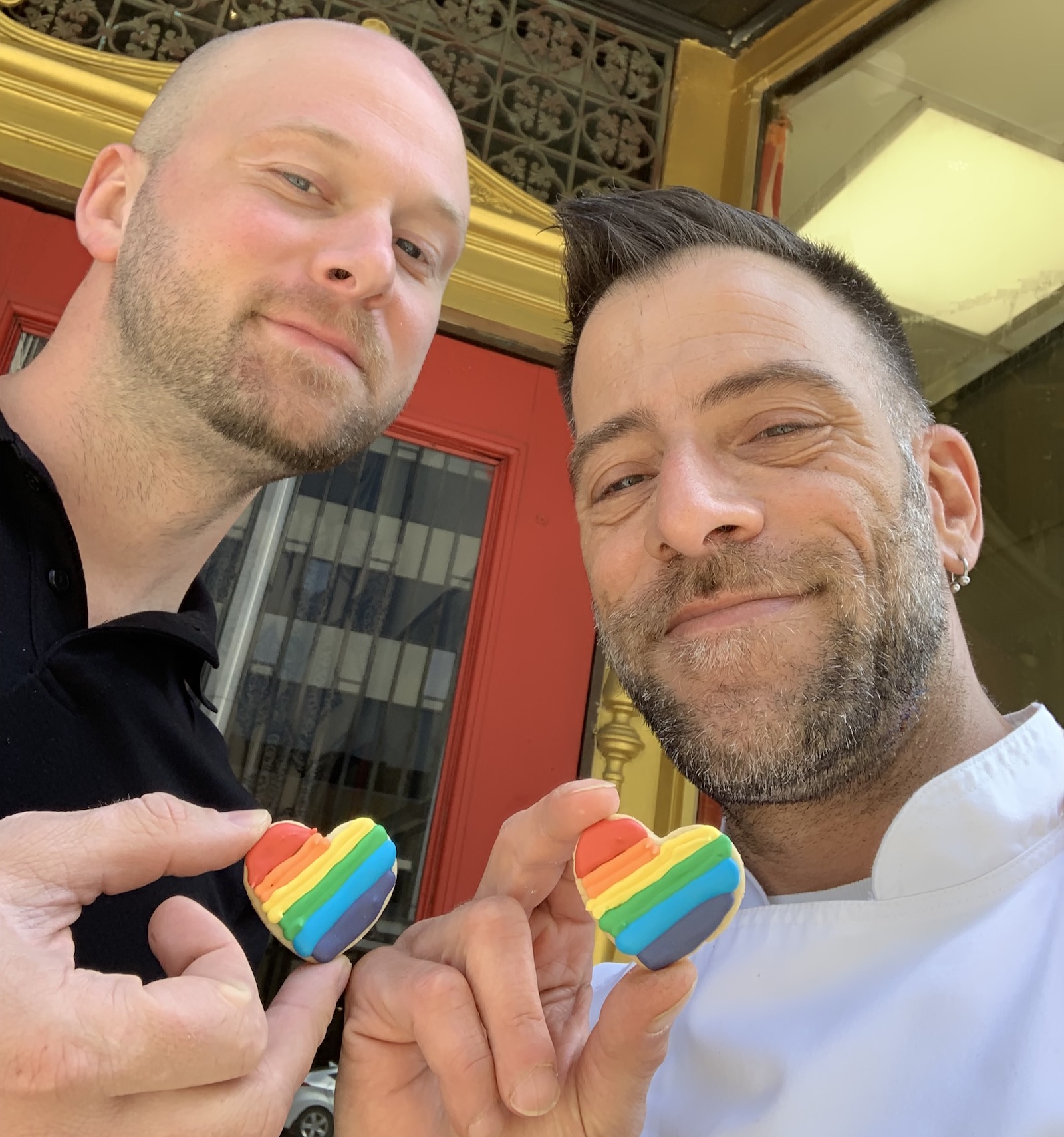 As their relationship progressed, the two began having conversations about life, work and the future.

"I’d been looking for chef jobs," says Gregory. "But I really wasn’t finding anything that was a good fit. So we sat down and had a conversation. I told Orry that what I really wanted was to own my own restaurant."

At the time, he admits, the notion of opening a restaurant seemed like an impossible dream. He was still new to the city, and he didn’t have the capital to invest in a brick and mortar. But even as he shared his doubts, Orry pushed him to move forward. And he encouraged him to launch the series of pop-ups that eventually enabled Amilinda to become a reality.

"Orry was really the driving force behind those efforts," says Gregory. "He had confidence in me and pushed me. And we have a restaurant today largely because of him."

By 2014, the pop-ups had gained momentum and the two had the good fortune to partner with Chef Nell Benton, the former owner of The National Cafe, who allowed them to use the cafe as a location for Amilinda dinners.

Along the way, the two also cemented their relationship, taking advantage of the legalization of gay marriage in 2014 to exchange vows, making a commitment to one another as life partners.

"At that point, people in the food world definitely knew that we were gay," says Gregory. "And of course our friends knew. We didn’t hide it from people, but there were still probably a lot of people who didn’t know."

Both men admit that they’ve been very lucky. Both had families who supported them when they chose to come out in their late teens and early twenties. And they have been fortunate to have found friends and support from Milwaukee’s LGBTQ community.

But even so, as they opened their business, they struggled with the decision of whether to be transparent that they were a gay-owned restaurant.

Opening up to the public

Overall, Gregory says, their relationship wasn’t really a big topic of conversation until after they found the ideal location and proceeded to open Amilinda.

"In the beginning, we just kind of tiptoed around the issue," says Gregory. "When we opened, I was apprehensive about being known as a gay-owned restaurant. I really wanted to be taken seriously, and I didn’t know how Milwaukee would respond.

"I was also fully aware that my actions would not only affect my livelihood, but those of our employees. So, it took a while before I really felt comfortable being honest and open with everyone."

For the first two years, the Leóns played it relatively safe. They created a welcoming space that was open to everyone. They supported causes that were close their hearts. And they created a community of diners who they hoped would be kind and accepting.when the time came.

In June of 2017, the day arrived. The two owners celebrated Pride Month by flying a rainbow flag for the first time above their front door. They also hosted a collaborative chefs dinner to raise funds for the Human Rights Campaign, America’s largest LGBTQ civil rights organization.

"Ultimately, we decided that we’re part of this community and that we should be proud of who we are," says Orry.

Gregory agrees. "In the grand scheme of things, It’s been really positive. There have been a few negative comments, and we’ve had a few people who’ve been very vocal about not supporting us. But, more than that, we’ve had an outpouring of support from the community." 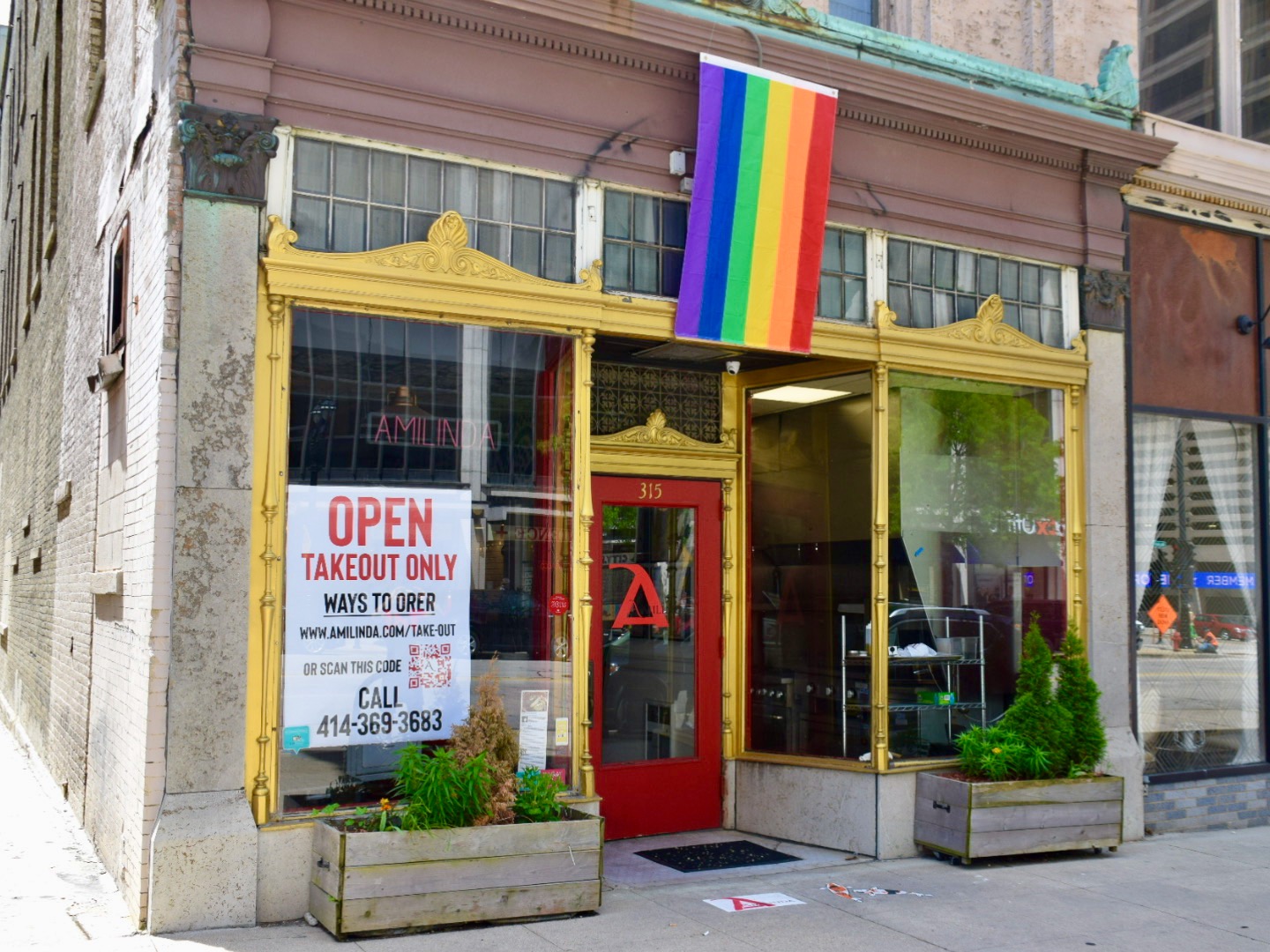 Gregory says the decision gave him confidence that the Milwaukee community was growing more open and accepting, and that it’s become a safer place for business owners to embrace transparency and authenticity.

"I do think that you have to know your neighborhood and your audience," he says. "You have to be wise, feel it out and gauge your support. But from there, it’s really a personal decision. You have to be true to yourself."

Orry nods, noting that he really hopes that their decision has made it easier for others who are struggling to make the same decision.

"I’d like to think that we’ve really been able to educate people and make them comfortable with the idea that we’re all different, and that’s OK," says Orry. "We can love different people. This is about embracing who we are and not hiding in the shadows."

"I hope that leading by example will send a message to other people who might be considering taking the same steps," adds Gregory. "And I hope they will feel more comfortable after seeing our outcome and that it gives them some hope."

Triskele's 51 Fish Fries For Pride sells out in an hour