The former Lowe's building located north of Milwaukee's Midtown Center, 5800 W. Hope St., has been acquired by Phoenix Midtown, LLC. The 134,000-square foot structure has been vacant since the Lowe's store closed five years ago.

The 134,000-square-foot structure, which sits on a 13-acre site, was built in 2005 and has been vacant since the Lowe’s store closed five years ago. Since the store closure, the building has become a bit of a blight on Midtown Center and the surrounding area, and repeated prior attempts to find a suitable retail tenant to occupy the facility have proven unsuccessful.

Phoenix intends to repurpose the former Lowe’s property for industrial use by a single tenant and has identified two high quality manufacturing companies as prospects to lease the property. Each prospective tenant has indicated it would use the property as a warehouse to support regional and growing manufacturing operations, and would employ Milwaukee workers and management to run the facility. 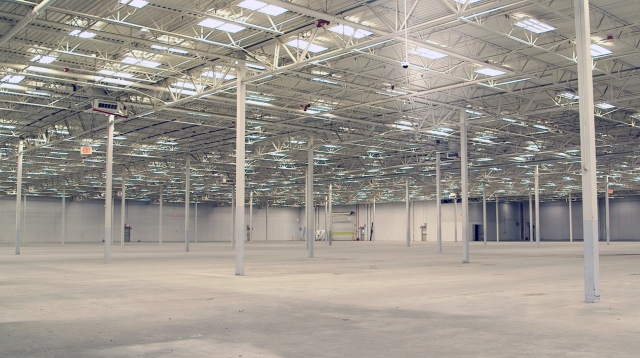 Over the last four years, Phoenix has acquired ten buildings, exceeding 1.5 million square feet, on the North Side of Milwaukee. Each of those properties was blighted. Without public funding, Phoenix renovated and re-leased those properties to high quality industrial companies that created prevailing wage jobs.

"We are committed to creating jobs and bringing new life to a property in Milwaukee that has suffered blight, high unemployment and vacancies over the last five years," said Frank Crivello, executive vice president of Phoenix.

Crivello says he believes repurposing the Lowe’s property for industrial use will contribute to public safety and a more stable neighborhood.

Phoenix will diligently work with 2nd District Ald. Cavalier Johnson and the City of Milwaukee, to redevelop the property for industrial use.

"We are committed to working with the ownership of Midtown Center to assist in the retenanting of the other large vacancies that have developed in hopes of being a catalyst for new growth in the area," said David Marks, Managing Director of Phoenix.

The Lowes transaction comes on the heels of Phoenix’s recent transactions that have included the sale-leaseback of the 154,000-square foot Albany International Corp industrial building in Menasha, Wis., and last week’s acquisition of the 1.4 million square foot multi-tenant International Park complex in Fort Wayne, Ind.

Home built by pioneer, mayor and governor Ludington is now for sale in Tosa

1930 Koehring mansion across from Lake Park is for sale