Mac Shack was originally forecasted to open Sept. 1; but owner Ashraf (Ash) Mustafa says that the opening was delayed with plans with his original contractor fell through.

Smooth. Creamy. Cheesy. Comforting. Macaroni & cheese has been among the top 10 American comfort foods for decades. And a local entrepreneur aims to capitalize on Milwaukeeans love for the indulgent dish.

Mac Shack, a new fast casual restaurant dedicated to macaroni and cheese, is slated to open later this year at 1701 N. Humboldt Ave. on the ground floor of the Keystone Apartments. 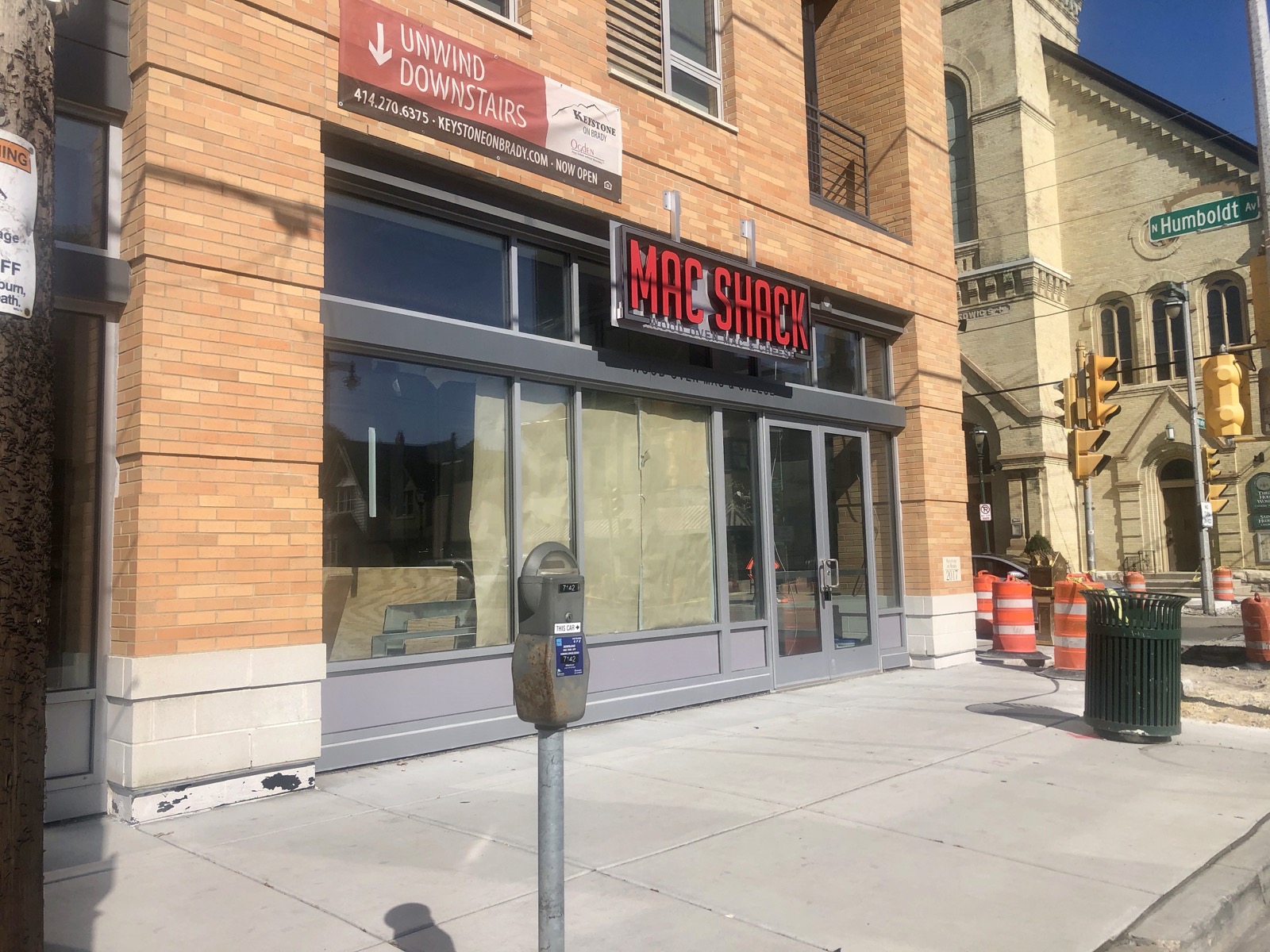 The new restaurant was originally forecast to open Sept. 1; but owner Ashraf (Ash) Mustafa says that the opening was delayed with plans with his original contractor fell through.

"The build-out is maybe 75 percent of what we need to do before we open," he says. "And we’re seeing the end of the tunnel. At this point, we are doing everything in our power to get this place open as soon as possible."

Mustafa, a Milwaukee native who built his career in the service industry with the iHop brand, working his way up to management. Currently, he oversees operations for Smoke World Vape.

The new restaurant, he says, brings him back to his roots and reconnects him with his passion for both the hospitality industry and his comfort food of choice: macaroni & cheese.

"I thrived in restaurants, and I’ve always dreamed of opening my own place," he says. "Mac and cheese has always been my favorite food, and I eat it wherever I go. Eventually, the concept just got in my head and stuck: What if we opened a Qdoba-style restaurant where we could serve people the best mac and cheese out there?"

Inside the Mac Shack

Despite the construction dust, it’s easy to see the interior of Mac Shack coming together. The 2,000-square foot space already sports earth-toned ceramic tile flooring, warm wood paneling and the beginnings of a counter and kitchen.

"We want the interior to be really homey and comfortable," says Mustafa, noting that the rustic industrial-chic interior will feature seating for around 50, including hand-built stools and counters that face Brady Street.

The focal point of the restaurant, of course, will be the open kitchen which showcases a gas-fired wood-burning Wood Stone oven which can bake a bowl of macaroni and cheese in about five minutes flat. 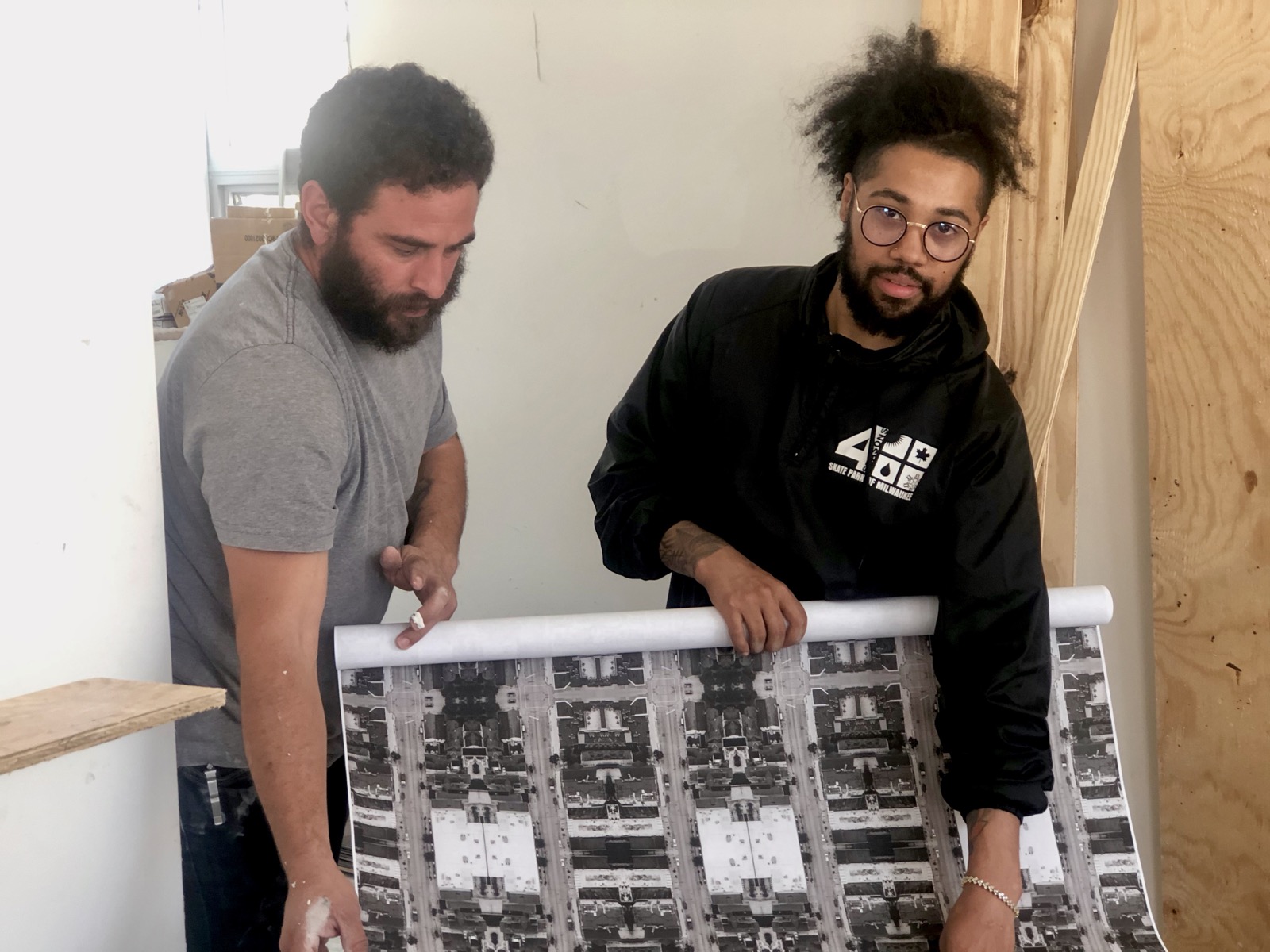 All mac all the time

As for the menu, guests can expect about 10 or so creative takes on traditional macaroni and cheese including Buffalo mac, Greek Freak mac and a Brady Street Mac with chili, fried onions and hot dogs.

"Our plates are going to be outrageous," says Mustafa. "And we’re emphasizing high quality ingredients and methods so we can give people the best product we can."

All dishes will be made to order and baked in the restaurant's Wood Stone oven.

Undecided about which mac to try? There will also be mac & cheese flights, allowing guests to order more than one option at a time, plus a build-your-own option with the choice of over 40 ingredients that range from turkey bacon to fun add-ins like Flaming Hot Cheetos.

In addition to more traditional mac, Mustafa says there will also be vegetarian and vegan plates and macaroni & cheese made with roasted cauliflower rather than pasta.

"The cauliflower mac is so good," says Mustafa. "I had a moment when I contemplated nixing the noodles altogether."

Mustafa says they’ve foregone applying for a liquor license in an effort to better serve families, particularly during the day. However, he also hopes to catch the attention of the late night crowd on Brady Street.

"I’m estimating we could do as much as 60 percent of our business after 10 p.m.," says Mustafa. "I really want to capture the late night crowd, so we’ll stay open as late as we can."

Watch OnMilwaukee for additional details as they become available. In the meantime, you can follow Mac Shack’s progress on Facebook