Black power 2016: The 44 most influential African-Americans in Wisconsin, part 1

Last year, Madison365 published its first Black Power list, naming 28 of the most influential African-Americans in Wisconsin, with the hope highlighting the beauty of the diversity in our community. Here is part one of 2016's list.

Last year, we at Madison365 published our first Black Power list, naming 28 of the most influential African-Americans in Wisconsin. I intended this list to highlight the beauty of the diversity in our community. I wanted kids here in Wisconsin to see role models of people who are succeeding, to know that it’s possible for African Americans to achieve great things here.

This list is not, and was not intended to be, exhaustive. It will, however, introduce you to some people you’ve never heard of who are doing great things in other parts of the state or simply working behind the scenes, doing the work without the accolades.

It was important for us to expand the way we think about influence and to highlight more of the people doing what it takes to improve their community. That’s one reason this list is entirely new — we considered anyone named on last year’s list to be ineligible for this one, even though most of them continue to wield considerable influence.

Over these installments, I hope you learn something you didn’t know about some of the real leaders in communities throughout Wisconsin, and that we might be able to make some connections and start conversations that really move communities forward. 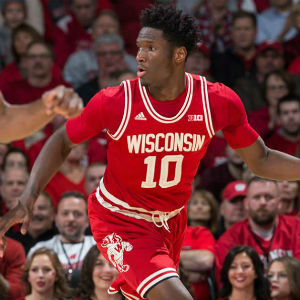 Nigel Hayes is one of the best – and best-known – college basketball players in the United States, but more important, a real giver in this community and a powerful voice in what The New York Times calls "college basketball’s most political locker room." The UW forward was named the preseason Player of the Year in the Big Ten conference, but has really made a name for himself outside basketball by speaking out on racial justice issues through social media. He’s also a dedicated volunteer at the Boys and Girls Clubs of Dane County, where he helps mentor and inspire young people, as well as raising money for the club, often without any fanfare or press coverage. 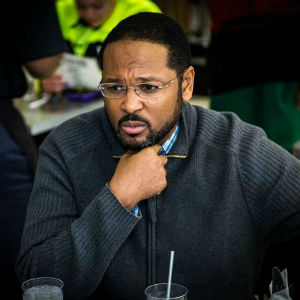 Ashanti Hamilton, the president of the Milwaukee Common Council, was thrust into the spotlight last year when he ousted Michael Murphy, who had served in that post for just two years. He was also front and center when riots broke out following a police shooting in August. Since being elected in 2004, Hamilton has authored and sponsored many key pieces of community-focused legislation, including the Milwaukee Opportunities Restoring Employment (MORE) ordinance and the Milwaukee Promise, which was established in 2011 to address poverty, disparities and inequality. 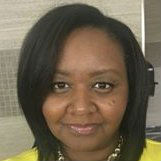 Tracey Robertson, founder of the nonprofit organization FIT, comes up anytime you speak with anyone about diversity in the Oshkosh community. FIT focuses on increasing racial literacy in the Winnebago community. They have held workshops and training sessions with a wide variety of organizations, including The Winnebago County Housing Authority, the Boys and Girls Club of Oshkosh, the Winnebago Literacy Council, The University of Wisconsin-Oshkosh, North High School, First Congregational Church and St. Bernard’s Church, to name a few. 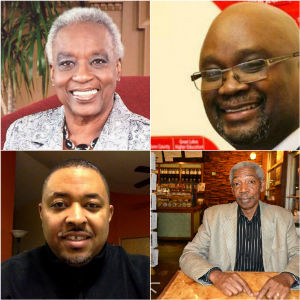 A group of Madison’s black community activists including Kaleem Caire (One City Early Learning), Milele Chikasa (Umoja), Dr. Ruben Anthony (Urban League of Greater Madison), and Greg Jones (Dane County NAACP) has recently come together, naming themselves The Black Leadership Council, to deal with the pressing issues impacting the black community here. This group has been involved in one way or another in all major racial conflicts in Madison this past year. They were at the forefront of trying to keep the peace when the young man Tony Robinson was killed by police officer Matt Kenny. They were involved when 18-year-old Genele Laird was beaten by police; in fact, numerous members helped file two complaints with the U.S. Department of Justice and the U.S. Attorney for the Western District of Wisconsin against the Madison Police Department over the excessive force used against Genele. 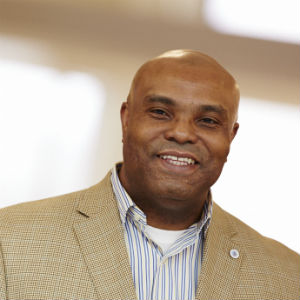 Grady Crosby is vice president of public affairs and chief diversity officer of Milwaukee-based Johnson Controls, where he helps keep one of the state’s corporate giants focused on being a good corporate citizen. He leads the company’s government relations strategies, sustainability efforts and its philanthropic initiatives for social responsibility, community involvement and the environment. As chief diversity officer, Crosby drives Johnson Controls’ commitment to creating a diverse and inclusive workforce, as well as partnering with a diverse vendor/supplier base aligned with company values. He also serves as president of the Johnson Controls Foundation. In 2017, he is co-chairing the Hispanic Professionals of Greater Milwaukee Gala. A former Howard University football player, he also holds a law degree from Wake Forest. 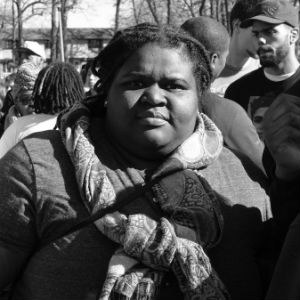 M Adams’s work often lands her in nationwide strategy sessions on how community leaders should respond to racial injustice. She is the co-executive director of Freedom, Inc., a local nonprofit that works with low-income communities of color. She is also a co-founder and key member of Young, Black and Gifted. Earlier this summer, she was part of the central planning for the platform for a coalition affiliated with the Black Lives Matter movement that released its first policy platform designed to promote concrete, real-world solutions to racial and economic inequality.

Adams is also known internationally; she was a U.S. Delegate to the United Nations’ 2014 Committee on the Elimination of Racial Discrimination, held in Geneva, Switzerland. Nationally, Adams was part of the first delegation to the White House for the LGBT Leaders of Color Summit. 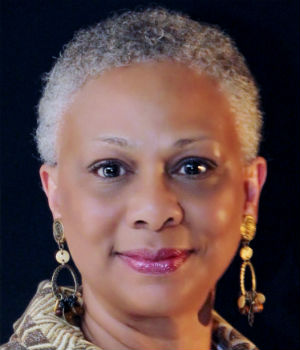 Ann Terrell is the executive director at the Milwaukee Public Schools Foundation. Rarely do we see in Wisconsin a black person leading a major foundation, but Ann is doing just that. Before her role with the foundation, she served 13 years as director of early childhood education for Milwaukee Public Schools. Under Terrell’s direction, the foundation reinvested more than $40,000 in the community through scholarships for MPS grads last year, in addition to funding real-world learning opportunities at Southeastern Wisconsin’s finest museums, cultural experiences and scientific venues. 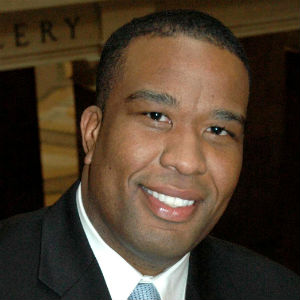 Wesley Sparkman is director of the new Tamara Grigsby Office for Diversity and Inclusion for Dane County, and he represents the community on the influential Madison Police and Fire Commission. That commission is the one that keeps the Madison Police accountable to the community. The County has committed to taking racial inequity head on and called on Sparkman to lead the charge. Wes is known for his humility and letting his work speak for him.

The Chicago native came to Madison to attend UW in 1991 where he got a bachelor’s and master’s degree. Sparkman is a past member of the Board of SSM Health Care of Wisconsin, the Board of Directors for the Madison Children’s Museum, African American Ethnic Academy and Access to Independence. He has been recognized by the Department of Workforce Development and the Dane County Private Industry Council. 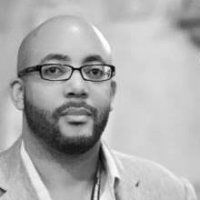 Geraud Blanks founded the Black Lens series, a part of the Milwaukee Film Festival dedicated to showing films by African-American directors, in 2014. It’s one of the very few film series of its kind in the world. The series screened eight films in 2015, and seven features and six shorts in 2016. He’s also been a managing partner at the creative design firm Kairo Communications since 2001 and worked as a community resource advocate at Sojourner Family Peace Center. Geraud, the whole state needs the Black Lens series! When you’re ready, Madison365 is ready to help.