Black power 2016: The 44 most influential African-Americans in Wisconsin, part 3

Last year, Madison365 published its first Black Power list, naming 28 of the most influential African-Americans in Wisconsin, with the hope highlighting the beauty of the diversity in our community. Here is part three of 2016's list. 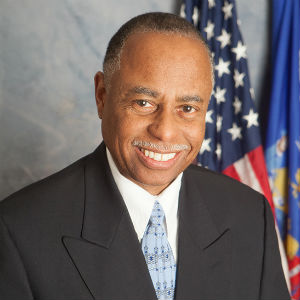 Ray Allen is the Secretary of the Wisconsin Department of Workforce Development (DWD) and an unabashed Republican in mostly-liberal Dane County. The Secretary is highly respected in the black community. Allen leads the state’s talent development agency, DWD connects employers with a robust pool of skilled workers; assists job seekers with disabilities in achieving their employment outcomes; and oversees the state’s Unemployment Insurance, Equal Rights and Worker’s Compensation programs. Secretary Allen has deep ties to the Madison community as well. He is the former publisher and owner of The Madison Times, a partner and vice president of Madtown Paradies – which operates retail stores in Dane County Regional Airport – and a former Madison School board member, as well as a 2007 candidate for Madison mayor. 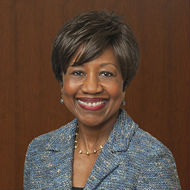 Sheri Edison is the General Counsel and Corporate Secretary at packaging giant Bemis, one of the largest employers in the Fox Valley. Her responsibilities include the oversight of all of the legal and compliance affairs of the company, including enterprise risk management and trade compliance, responsibility for other critical business functions, including information technology and safety and regulatory affairs, and supporting the Board of Directors on governance and related matters. She also serves on the board of directors of the Fox Cities Performing Arts Center in Appleton. 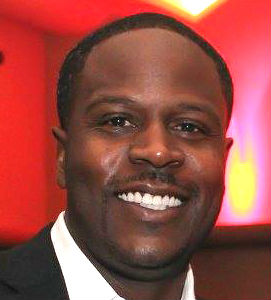 Percy Brown, Jr. is one of the great leaders to arise from the south side of Madison and a true Madisonian who graduated from West High School. He followed his grandfather’s footsteps into a career in education, beginning in his hometown school district before moving on to become Director of Equity and Student Achievement in the Middleton-Cross Plains Area School District. Brown is a difference-maker in the lives of numerous youth and was named a Rising Star, one of five President’s Award presented by the Urban League of Greater Madison, at its annual Urban Cabaret at the Monona Terrace. He helped to create the curriculum and also taught a special course on African American History for the Justified Anger Coalition, with about 100 people in attendance. The achievement gaps in Madison are real. Mr. Brown overcame the odds and stayed home to make a difference. From one Madisonian to another: You’re inspiring! Or as Jay-Z says, we "love it just to see one of us make it!" 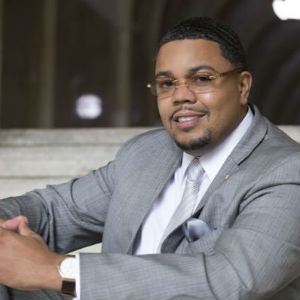 Khalif Rainey represents Milwaukee’s Seventh District on the Common Council and the Second District on the Milwaukee County Board of Supervisors. Born and raised in the 53206, Rainey was a leading voice during the riots in August, which took place in his district following the police killing of a young African-American man. He is also a board member of African World Festival, Milwaukee Public Museum, Milwaukee’s historic Community Brainstorming Conference, Black Male Achievement (BMA) Advisory Council, Milwaukee County Federated Library System (MCFLS) and the East Wisconsin Counties Railroad Consortium. 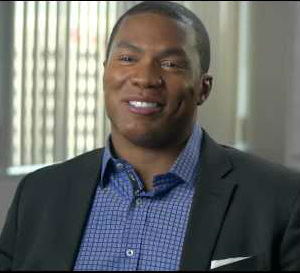 Chris Rowland is the Global Diversity Officer for ManpowerGroup. In his role there, he potentially could be the most influential black person in the state. With Manpower’s resources, research and (no pun intended) literal manpower, Rowland could have a huge impact on the state, which has two of the worst cities to live for blacks in America. With great power comes great responsibility! 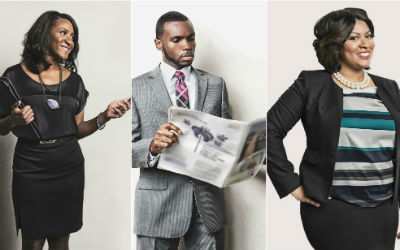 Sonia Summers, Ranell Washington and Crystal Morgan are three of the four people who founded Social X four years ago to give young professionals – especially young professionals of color – a network for social and professional engagement (the fourth is still involved, but lives in Washington, DC). What began as a small group of friends gathering at happy hours has become a network of more than 1,000 young professionals who attend regular events and performances together. Understanding the need for Milwaukee businesses, and the local Milwaukee business community more broadly, to recruit and retain young and diverse talent, Social X is making a real play for the future of the local economy. 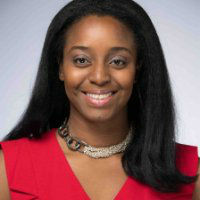 Nia Trammell is an Administrative Law Judge for the State of Wisconsin where she presides over formal proceedings on a wide range of challenging cases involving Wisconsin’s Worker’s Compensation law. Trammel is also the current Board Chair of the Board of Directors of the Urban League of Greater Madison, and she co-founded the Urban League of Greater Madison Young Professionals and served as its president from 2012 to 2015.

Trammell is also a former board member of Dane County Court Appointed Special Advocates. Through Dane County CASA, she has worked with the court to monitor compliance with judicial orders impacting abused and neglected children and their families. Trammell has also been active with Girls on the Run of Dane County, a program that teaches self-esteem and healthy life choices to elementary school age girls. She also mentors a student through the Big Brothers Big Sisters program. 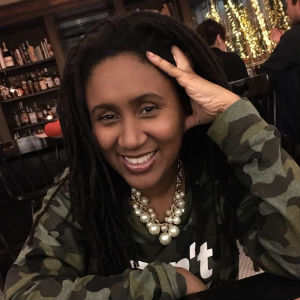 Angela Russell is CUNA Mutual’s Manager for Diversity and Inclusion, a role seemingly created just for her. She has more than 15 years of professional experience involving diversity and inclusion, external relations and outreach, communications, policy development, and research and evaluation. Russell is responsible for leading the development, direction and implementation of short and long-term strategies and programs that support diversity, equity and inclusion at CUNA.

Prior to joining CUNA Mutual, Russell worked in various roles in public health including serving as a Health Equity Coordinator for Public Health Madison Dane County and serving as the Community Engagement Lead for the national County Health Rankings & Roadmaps program at the University of Wisconsin Population Health Institute. Russell started a popular Facebook page called "Equity Rocks" that tackles tough issues on race and equality in Madison.