Mad Science is the first nitrogen ice cream shop in Wisconsin. And with made-to-order ice cream in nine flavors with a choice of 48 toppings and add-ins, its goal is 100% fun.

Craig Pruscha is a man of juxtaposition.

As owner of Bistro Z in Sussex, he’s designed a restaurant that positions the natural world smack dab up against a more industrial look. As owner of Mad Science Creamery, W249 N5267 Executive Dr., Suite 103 in Sussex – a venue that’s the exact opposite of the fine dining found at Bistro Z – he’s also combined two sometimes more combative elements: food and science.

Mad Science is an ice cream parlor that’s cooler than cool. And faster than fast. And that’s because all the ice cream behind the counter is flash frozen with liquid nitrogen, meaning it’s made to order and ready to eat in about 90 seconds flat. Even better, the servers making the ice cream wear lab coats, and there is music and lights and fog and...

Mad Science is the first nitrogen ice cream shop in Wisconsin (though you might remember Chef Mitch Ciohon having a liquid nitrogen ice cream machine at Beta by Sabor back in 2010-11, which was pretty darned cool). And its goal is 100% fun.

"It’s a little bit of theater, a little bit of science, and a whole lot of ice cream," says Pruscha with a smile. "And it’s made for kids. It’s not designed to be healthy or health conscious. It’s just fun." 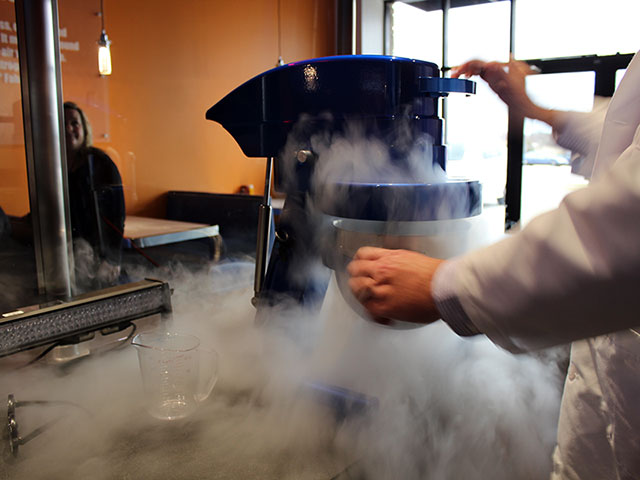 There are also non-dairy options that cater to customers with special dietary needs.

"Because we make every batch on demand, we have the ability to cater to a lot of different allergies," says Pruscha. "We have a dedicated machine for that purpose.  We can also make lactose-free, gluten-free and sugar-free options." 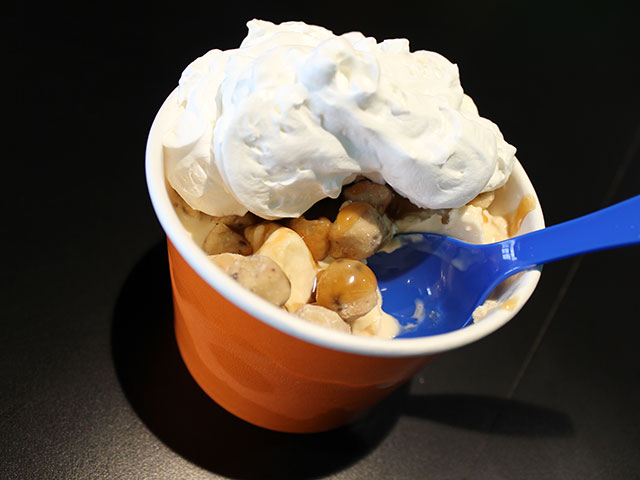 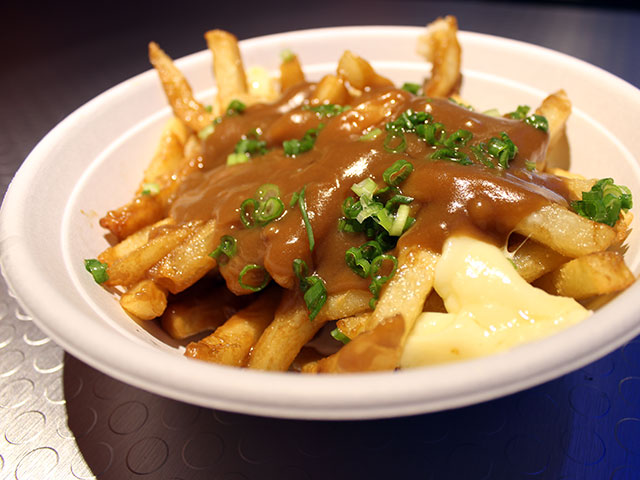 "I was a judge of a chili contest in Oconomowoc," he said. "I happened to have chili in one hand and a doughnut in the other, and I thought it would be really cool to combine. It's unique and delicious."

In a few weeks the menu will also include hot steamed puddings in flavors like chocolate, vanilla and butterscotch that can be mixed with any of the ice cream flavor add-ins.

Pruscha is also using the business to raise money for Alex Bingham Klingbeil, a 6-year old from Jefferson who was diagnosed with leukemia in 2012.

"Alex’s mother and I have been friends for a decade or or more, and I remember they found out about his diagnosis on Chrismas," says Pruscha. "My son is the same age, so it hit pretty hard. He has a rare form of leukemia that goes in and out of remission. We had an event for him preceding the opening created an ice cream that’s red and yellow with graham cracker crust and malted milk balls. He’s a big fan of super heroes, so we’re calling it Iron Man."

Iron Man ice cream will be available beginning next week; $1 from every bowl sold will be given to Klingbeil to spend as he wishes. For more information about the Iron Man Fund or to donate directly, visit iamironman.org