For 17 years, Mary Ellen Hoffmann has owned and operated a Maid Brigade cleaning service franchise in Milwaukee even though she never imagined she would open a cleaning business.

Hoffman was a vice president at Pfister & Vogel tannery for many years until it closed in 2000. She decided to take her severance money and buy a Maid Brigade franchise.

"I looked at a lot of franchises, but Maid Brigade piqued my interest because it was the most professional," says Hoffmann. "I knew it was the right thing for me because the corporate staff was very friendly and down to earth. And so I went for it."

There are 125 Maid Brigade franchises and the company started in Atlanta, Georgia, in 1980. Hoffmann has 650 regular customers along with many one-time or holiday-related jobs. She has 44 employees, most of whom are women.

"It’s a really hard job and I value them and compensate accordingly," says Hoffmann. "It’s my responsibility that my employees can make a livable wage." 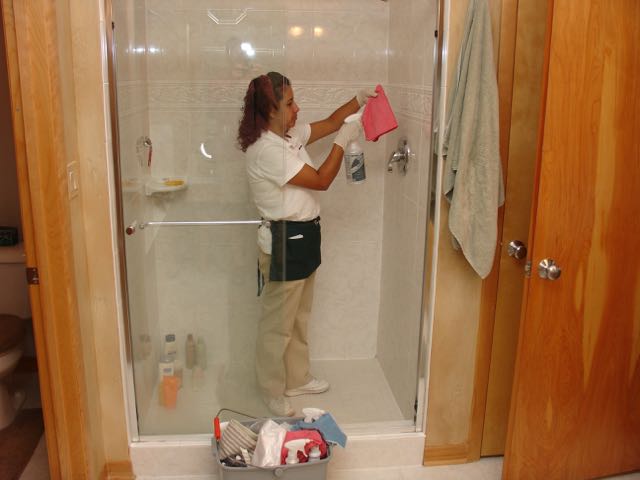 Hoffmann grew up on Milwaukee’s South Side and currently resides in Franklin.

Several years ago Hoffmann and her crew did a cleaning job for TV's "Hoarders" when it came to Milwaukee. She brought seven cleaners with her and it took seven hours to clean five rooms.

"The house was horrible: mouse feces, exposed food in the fridge that looked like it was from 1980," she says. "And the bathroom, oh, the bathroom was really bad."

She was once hired to clean an elderly man’s house by his son and found, literally, three inches of dust under his bed and on his belongings.

"I had never seen anything like that in my life," she says.

Another time there was a house that was in such awful condition she would not let her employees enter it. "Other people were inside wearing hazmat uniforms and there was no way my cleaners were going in there," says Hoffmann.

Maid Brigade uses green cleaning products and charges for one hour followed by 15-minute increments. They're a long-time OnMilwaukee client – but several of us are also personally long-time customers.

"We can make bathrooms and kitchens look like new," says Hoffmann. "And we never say rooms are ‘dirty.’ We prefer ‘lived in.’"