Much like the stock market, the cachet of 19th century French painter William-Adolphe Bouguereau has had its ups and downs over the years. "Bouguereau & America," which opens Friday and hangs through May 12 at Milwaukee Art Museum, traces those changes via 41 works.

Much like the stock market, the cachet of 19th century French painter William-Adolphe Bouguereau (1825–1905) has had its ups and downs over the years.

"Bouguereau & America," which opens Friday and hangs through May 12 at Milwaukee Art Museum, traces those changes via 41 works – one from the museum’s own Layton Collection and the rest on loan from other institutions, including the Memphis Brooks Museum of Art, which collaborated on the show.

When he first exhibited, Bouguereau’s work was dismissed by critics, but he soon grew into one of the most en vogue painters of his era, and collectors in France and the United States eagerly snatched up his works. 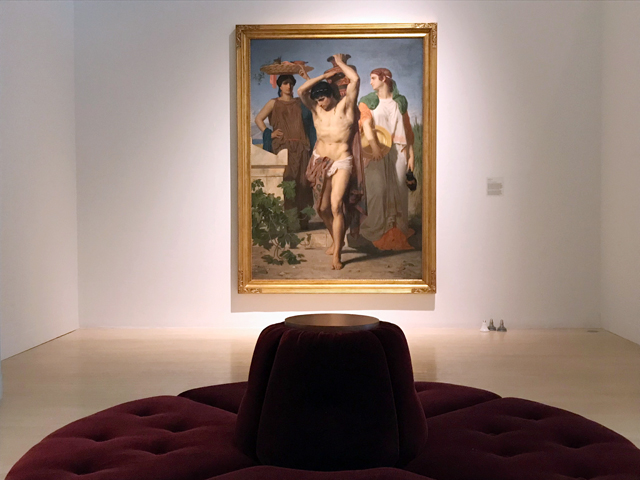 As Impressionism and, later, other avant garde movements became more and more popular, more traditional works by academic painters like Bouguereau fell out favor, though they remained popular among broader audiences. Some of the works in the MAM show later became famous when they were hung in bars and restaurants (and in one case, on the lid of cigar boxes), and seen by countless thousands.

"The story of Bouguereau is the story of the way art rises and falls in popularity, as well as the role dealers, collectors and patrons play in shaping art and taste," says Tanya Paul, Isabel and Alfred Bader Curator of European Art at MAM.

"Bouguereau is a defining figure in the history of French art, and an extraordinary painter whose masterful canvases evoke delight and wonder."

Paul says that the approach for this show – the first to spotlight Bouguereau since the 1980s – was to follow the works themselves, creating a unique look at the kind of person that was drawn to an artist’s works.

"We look at the way in which Bouguereau was collected in America," she says. "Particularly during the Gilded Age, the period from about 1860 to about 1890, 1900. On each of the paintings we've done a kind of deep dive into who each collector was, where they lived, often how they made their money.

"In many cases we've been able to find original photographs of the paintings in situ, in those homes, so you'll see a lot of period photographs from the Gilded Age. You'll see these paintings as they were originally presented by these collectors."

This approach is as much about the collector as the collected, and the perceived value – as much in terms of prestige and social standing as of money – of owning art.

"This really is about identity during the Gilded Age and how Americans, who were newly making money during this period, and establishing themselves in society, sought to define themselves through the collections that they owned," Paul says.

"Hardly any modern French painter can be named who was more widely popular in America than Bouguereau," Cook wrote in 1888 in "Art and Artists of Our Time."

"His pictures always meet with ready sale and large prices, and at the exhibitions they are sure of approval from the majority of the visitors, who would probably pass by Delacroix, Decamps, or Puvis de Chavannes with small notice, or none at all."

The works were, indeed, wildly popular, including with Milwaukee's Frederick Layton.

They are supremely well-painted, for Bouguereau’s skills were copious, and they feature themes that were alluring to Nouveau Riche American collectors.

There were genre paintings that were direct and engaging, with figures who held a viewer’s gaze, and needed no specialized knowledge to comprehend.

There were religious works, for Bouguereau was a devout Catholic, as well as secular works that were viewed by some as religious.

There were mythological scenes full of detail and action ... and sometimes controversial nudes.

And many of the works were soft-touch throwbacks to Renaissance themes and compositional styles. And they are, in each and every case, attractive canvases.

Many were large and imposing, too. For a young railroad magnate or mining maven with money to spare, these were impressive, sofa-sized instant reputation builders; a quick way to position oneself as a cultured, tasteful member of high society. 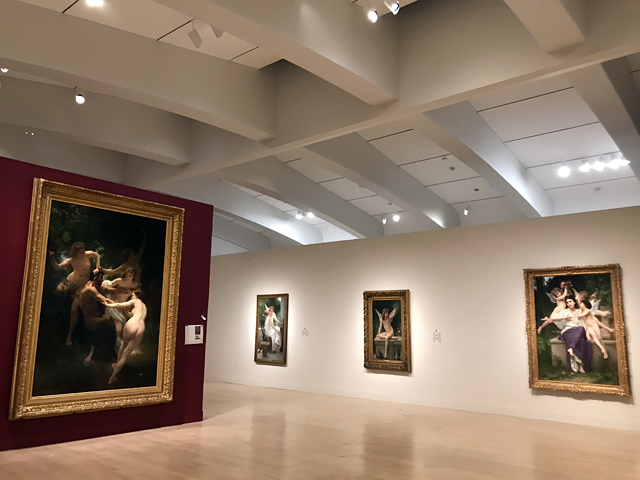 The show is the first Layton Feature Exhibition since the reinstallation of the collection a few years ago.

"It's a wonderful opportunity to take a piece that's in our Layton Art Collection," says Paul, "in the Layton Art Collecion is the wonderful ‘Homer and His Guides’ by Bouguereau, which you're probably used to seeing in our permanent collection, and to give it a kind of broader, grander context."

It is also a chance for the museum to relaunch the MAM After Dark series, which is now 10 years old. The show opens on Friday with a bang as MAM After Dark goes glitz and glam, adding French flavor to Valentine’s Day with themed Bouguereau exhibition tours by the Alliance Francaise, chocolates from Kilwin’s, Champagne from Balzac, French sweets from Rocket Baby Bakery, a photo booth, music by a harpist, karaoke and more.

Watch this Facebook live to hear more from Tanya Paul about the exhibition and more about MAM After Dark from the museum’s Molly Mattefs: