7 masterworks in the new "A Modern Vision" show at MAM

On Friday, Nov. 15, Milwaukee Art Museum opens "A Modern Vision: European Masterworks from The Phillips Collection," a show that showcases 50 beautiful and important works from the renowned Washington, D.C. museum. Here are 7 tantalizing teasers to get you there.

On Friday, Nov. 15, Milwaukee Art Museum opens "A Modern Vision: European Masterworks from The Phillips Collection," a show that showcases 50 beautiful and important works from the renowned Washington, D.C. museum.

Among the works are paintings by iconic artists like Claude Monet, Vincent van Gogh, Amedeo Modigliani, Paul Cezanne and Pablo Picasso, to name but a few.

"The Phillips Collection is one of those unique institutions, with a collection that was groundbreaking in its day, and is full of singular paintings that exemplify the very best of each artist that Duncan Phillips collected," said Tanya Paul, Isabel and Alfred Bader Curator of European Art, Milwaukee Art Museum.

Phillips’ collection – which he began in 1918 in the wake of the deaths in rapid succession of his father and dear brother in 1917 as a testament to the beauty of life but also as a monument to their memory – led to the creation in 1921 of the first modern art museum in the country, pre-dating New York’s Museum of Modern Art by eight years.

"Duncan Phillips was known for collecting artists in depth," said MAM Director Marcelle Polednik, "rather than a smattering. That makes him truly visionary."

The works in the Phillips Collection, housed in the family’s Dupont Circle former home in Washington, D.C., have not traveled to the Midwest much, says Polednik.

"We’re the only venue in the Midwest (for this touring show)," she said, "and we’re very proud of that."

Every work in the show, hung in the Baker/Rowland Galleries in the Quadracci Pavilion, is worth a close examination, but we’re not going to show you each one here. Instead, we’ve picked seven of our favorites so you can see just how tantalizing "A Modern Vision" is.

It runs through March 22.

Full details on all programming can be found here. 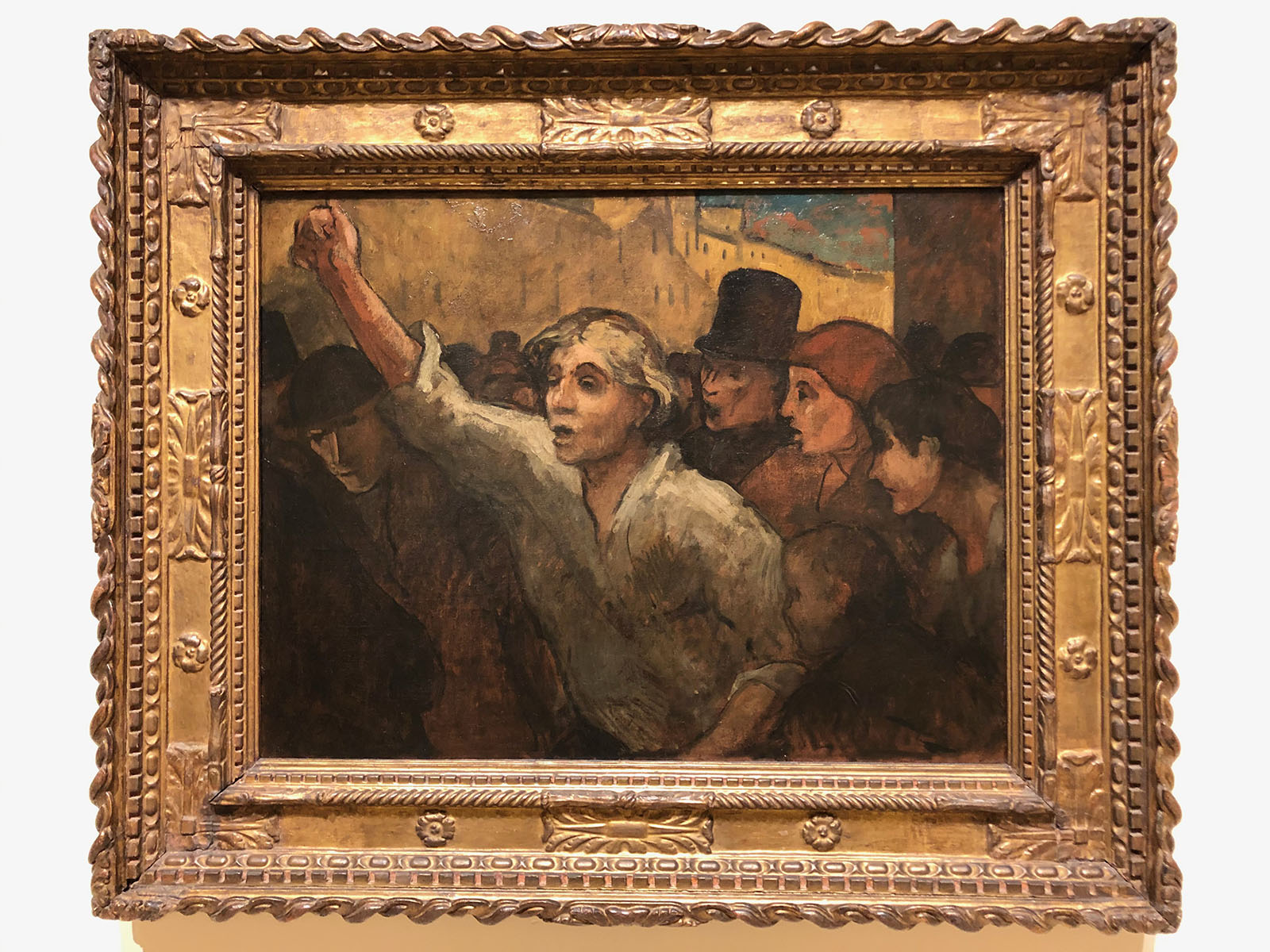 This striking image captures the foment that rocked Europe in the middle of the 19th century and Phillips was an early champion of Daumier, whose work was often dark, often satirical and often political. Phillips called it the "greatest picture in the collection." 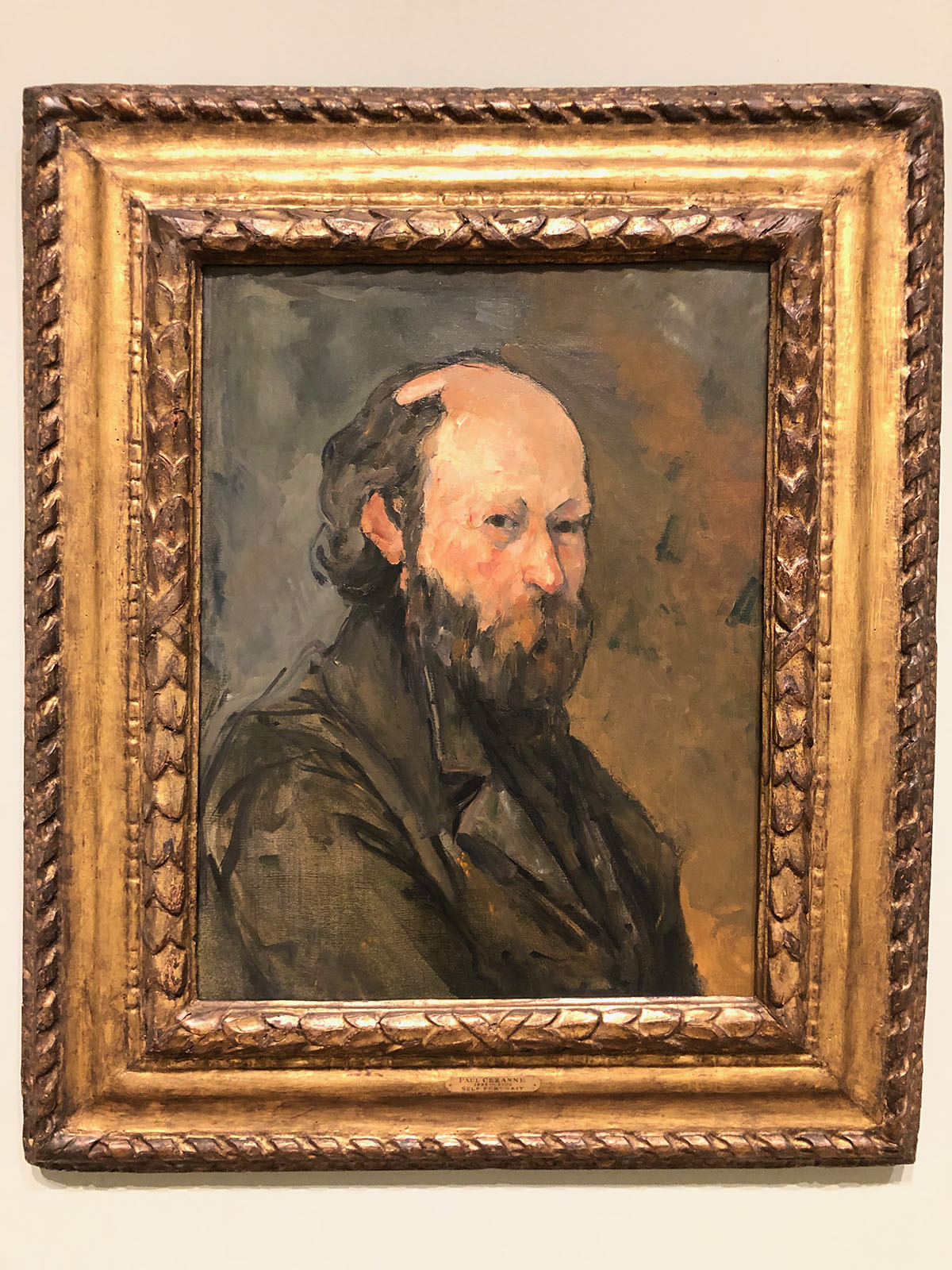 One of three Cezanne works in the show – including equally stunning still life and landscape paintings – Phillips was able to nab this deep look into the great artist’s own soul after New York’s Metropolitan Museum of Art deemed it too modern.

Vincent van Gogh
Entrance to the Public Gardens at Arles, 1888 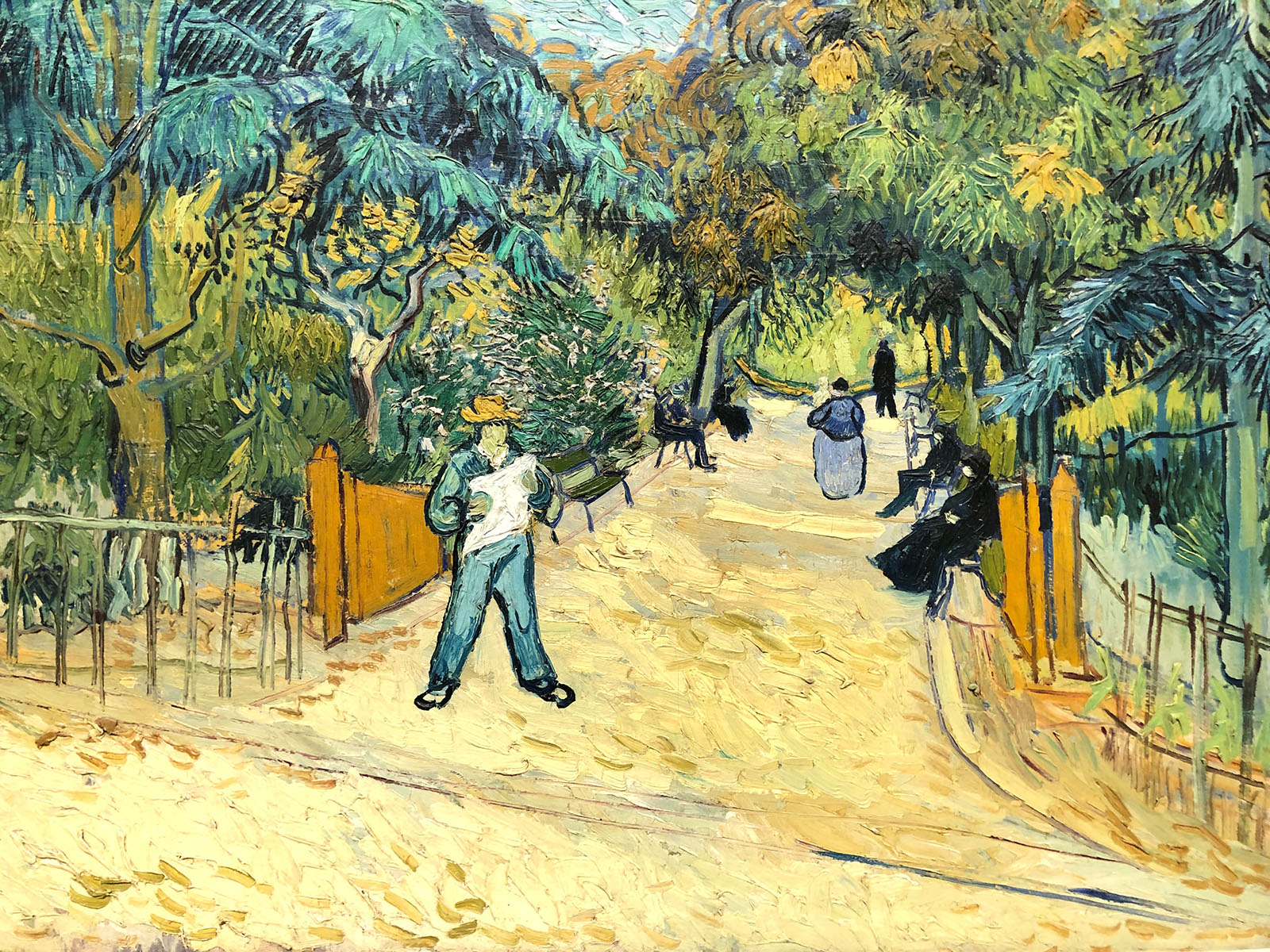 Phillips wanted what he called "examples of the inventive genius of van Gogh" and he got it in this late-era canvas by the tortured artist, which the collector accurately described as, "an outcry of the soul." 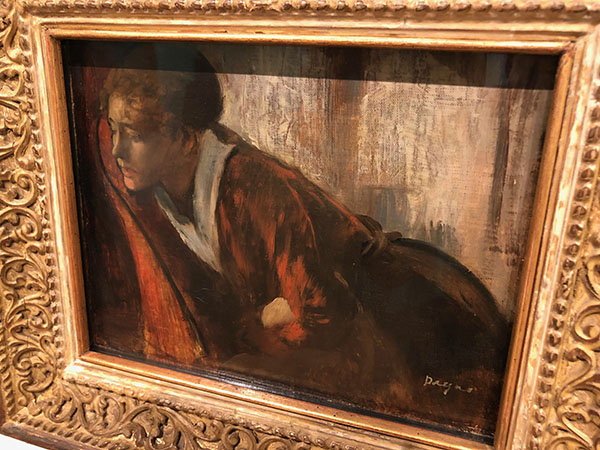 If you’re used to images of ballerinas, this small, dark and intimate oil will show you a different side of Degas. Somewhat astonishingly, Phillips acquired this painting via a partial trade that included works by Braque, Dufy and Rouault ... as if they were baseball cards. 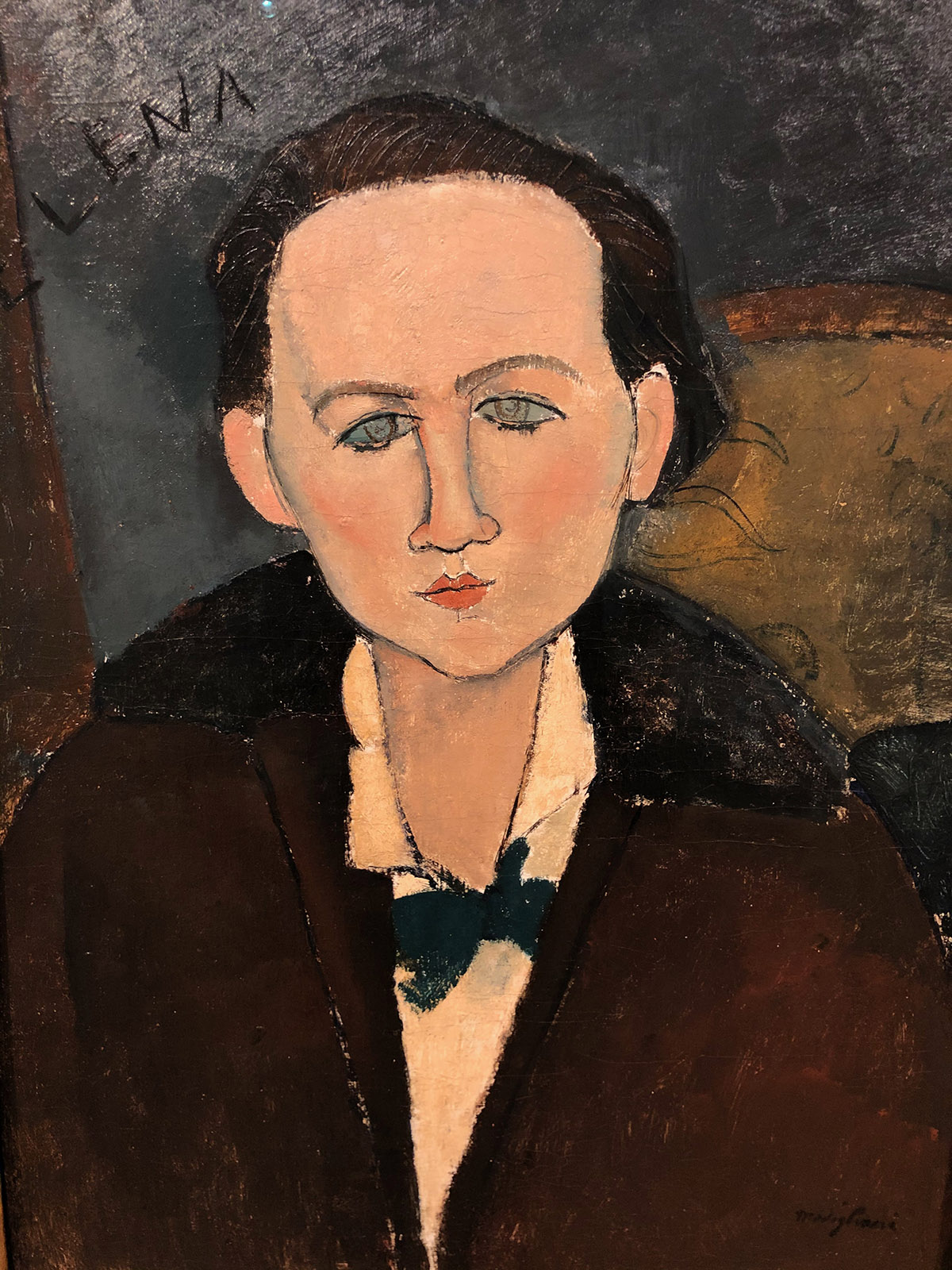 Italian ex-pat artist Modigliani lived a difficult but artistically productive life in Paris, where he painted his unique and now beloved portraits like this one of fellow artist Elena Povolozky. 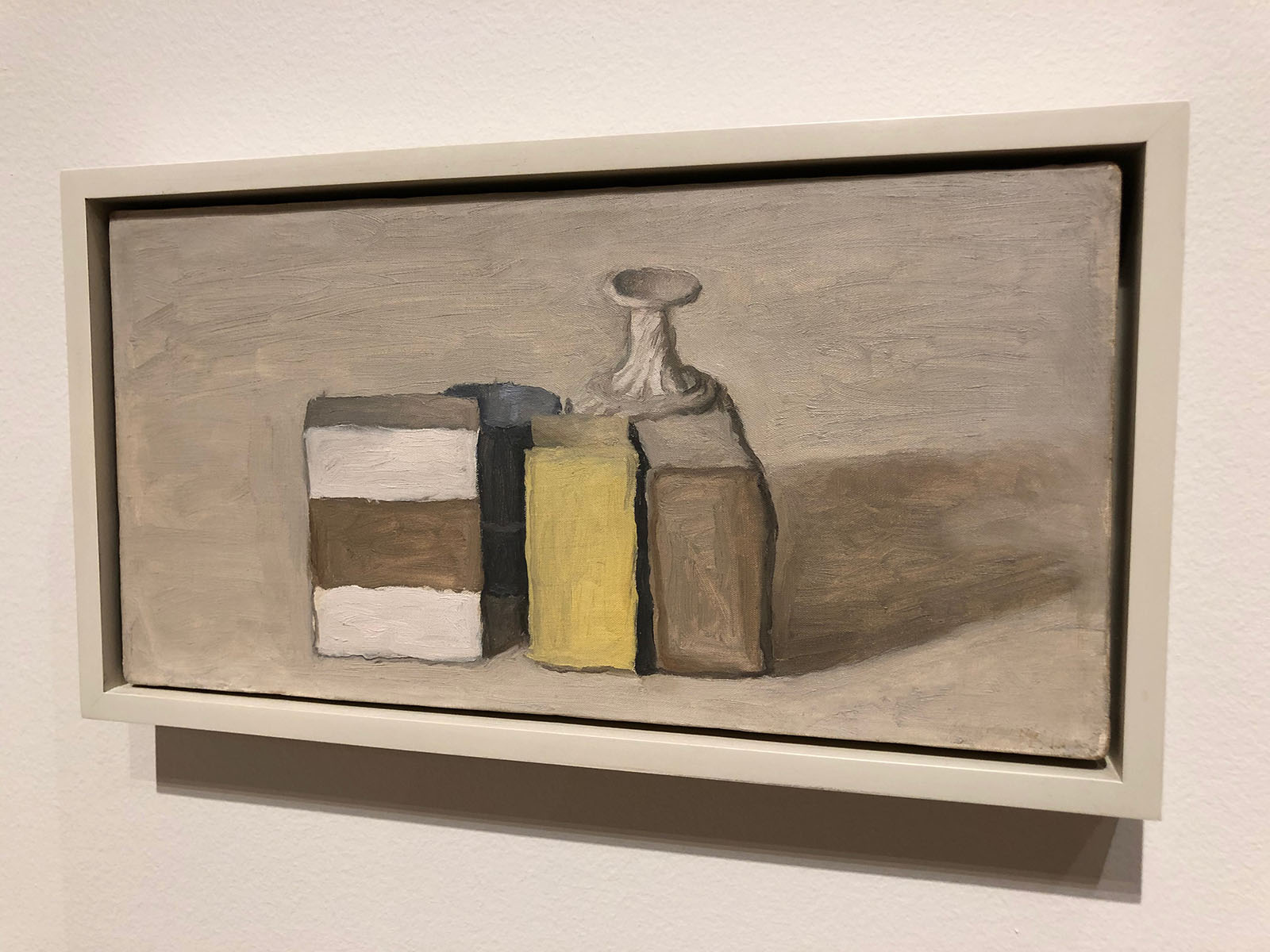 Not as much as household name in these parts as the artists above, Morandi seemingly endless parade of still lifes are evocative and moody – and suggest he had a mad collection of bottles and vases. For me, there are few things as calming and soothing as gazing at Morandi’s earthy palette and graceful arrangements.

Chaim Soutine
Return from School after the Storm, ca. 1949 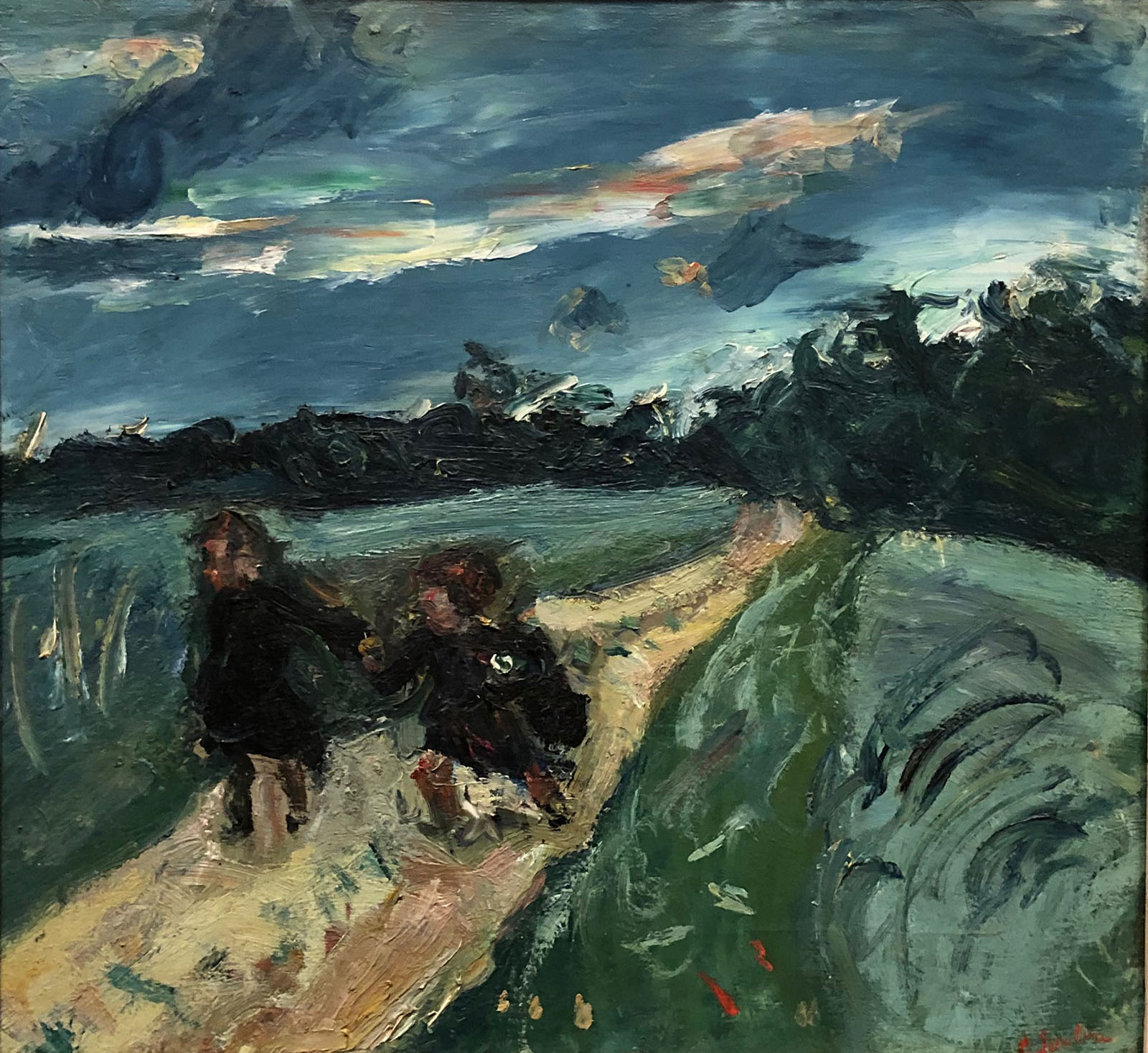 When I first spied this tempestuous work from across the room I thought it was Soutine’s Children and Geese from upstairs in the Bradley Collection. But, no, this one is five years younger, though it is very, very similar in composition and subject matter. Phillips described this work as a "cataclysmic upheaval as if he had a premonition of our world’s agony of total war," which about sums up the entire oeuvre of this unbrindled expressionist painter. You either get Soutine or you don’t. (Did I mention I once drove to Cincinnati to see a rare feature exhibition of his work?)