Take a trip down "The Open Road" photography exhibition at MAM

A new photography exhibition at Milwaukee Art Museum, "The Open Road: Photography and the American Road Trip," follows the route of the road trip through more than 100 works by about 20 photographers, including a number of Europeans who offer us an outsider's look at this phenomenon.

If we didn’t get the allure of the road from Kerouac, surely we picked it up from Springsteen. There’s almost nothing more American than the road trip.

A new photography exhibition at Milwaukee Art Museum, "The Open Road: Photography and the American Road Trip," follows the route of the road trip through more than 100 works by about 20 photographers, including a number of Europeans who offer us an outsider’s look at this phenomenon.

Organized by the Aperture Foundation in New York, the show – appropriately – has been traveling and arrives in Brew City from a stint in Austin, Texas. Now it’s on view in the museum’s Herzfeld Center for Photography and Media Arts through April 22.

"This show has been touring for a couple years," says Ariel Pate, MAM’s assistant curator of photography. "We're very excited to have it in Milwaukee because it really has some highlights of American photography and photography of America. It features 18 different road trips taken by different photographers, from 1955 to the present.

"It's really as long as the road trip has been a phenomenon. That couldn't happen without the car. And so, a lot of the photographs are also about the relationship between what the car does to how we perceive the world and like, how it changed the way photographers were working."

Stylistically, the show is as open as the fabled road. 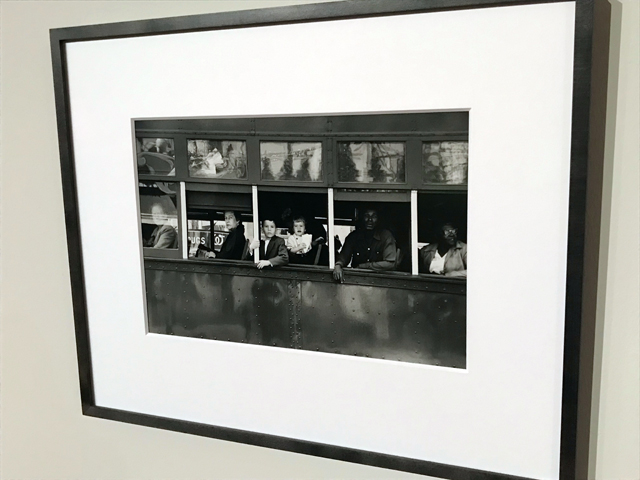 It opens with the stunning monochrome work of Swiss photographer Robert Frank. A handful of his works, including the astonishingly complicated and engaging "Trolley – New Orleans, 1955," which has so much going on that you could spend hours picking out every detail.

"He came to the U.S. and became an American and really wanted to sort of, see the country and wrote a grant to the Guggenheim, got money from the Guggenheim to buy a car, drive around the country," says Pate. "And his viewpoint, his photographs of Americans are so interesting because he really grasped something about 1950s America that we didn't know, I think, as a country. His photos are really telling."

The photos of Frank’s on display are also often views through windows, which offers a sense of peeking in or out at the world.

"Yeah, exactly," says Pate. "And he was all about finding these visual metaphors and he uses a lot of flags and drapery sort of like revealing things. ‘Trolley’ is a classic of American photography. It was taken in New Orleans and basically, it's a streetcar and it’s like a picture book illustration of segregation and the effects of it. As an outsider I think he was more astute he could see it more clearly."

That feeling of discovery is apparent throughout "The Open Road." 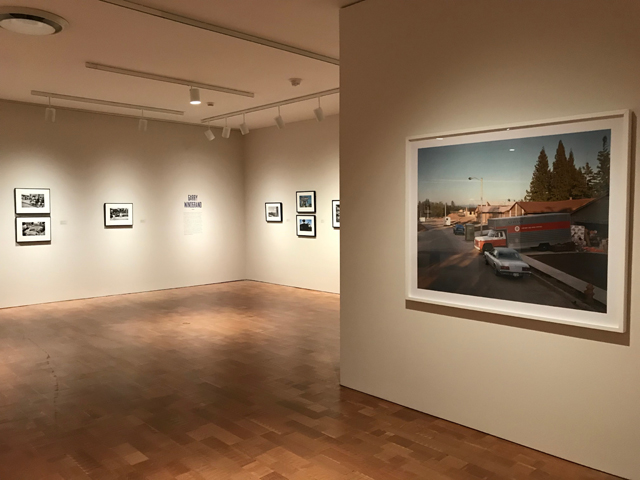 "This is also another interesting theme in this show," says Pate. "There's a lot of Americans and outsiders, and also urbanites coming to the countryside and seeing ‘oh this is the heartland,’ ‘this is like what the rest of American is like’."

Another highlight of the show is Alec Soth’s "Sleeping By the Mississippi," which features some unusual portraiture.

"His works are just really beautiful and just really contemplative. His way of taking portraits is that he would set up the camera and his subject would be like ‘did you take the picture?’ And he would just wait and wait until they were sort of annoyed or spaced out and not focused on the fact they were the subject of the picture."

Soth will visit Milwaukee Art Museum for a talk on March 15 as part of the programming for "The Open Road."

The last grouping, by Swiss duo Taiyo Onorato and Nico Krebs is also interesting, in part for the work itself and in part for the way it is displayed. The photographs are altered reality, though not digitally altered, Pate says. 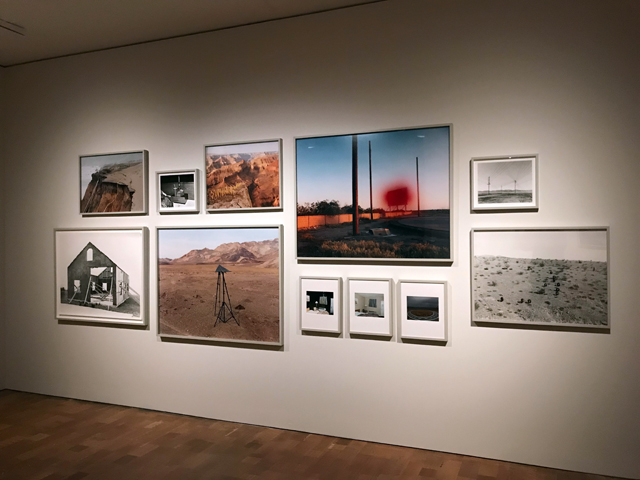 "This is the last group of work, and really the most recent group of work in the show. They also of course took a road trip across the U.S. and made manipulated scenes of what they were seeing. These are all in camera or in the darkroom manipulation or physical manipulation where (in one example) they just took the physical accoutrement of the hotel room and set it up in the woods.

These works are also arranged in a grouping that was proposed by the photographers, rather than in the side-by-side, linear approach used to display the rest of the work in the show, which helps set them apart and draw in viewers. 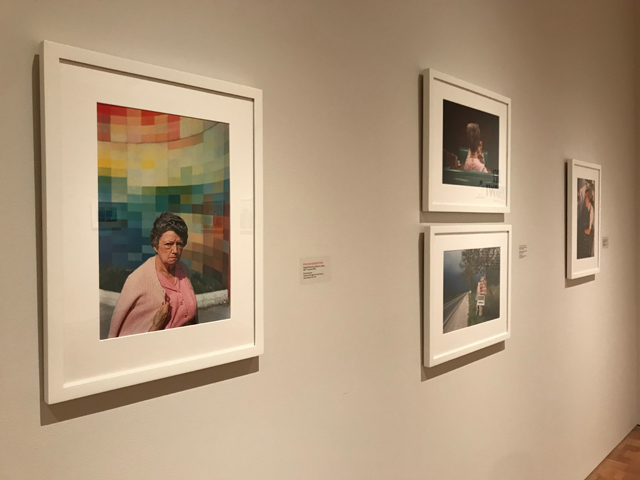 The show also features works by Ed Ruscha, William Eggleston – whose works (in the photo just above) are bathed in rich, almost otherworldly color – Stephen Shore, Garry Winogrand, Lee Friedlander and Joel Sternfeld, among others.

"It's a really fun show," says Pate, "also a little bit thought-provoking, thinking about what the road trip has done to what we think about America, and the freedom and what it means."

You can learn more about "The Open Road: Photography and the American Road Trip" and related programming here.