Standing in a Milwaukee Art Museum gallery surrounded by images of prison life at the maximum security San Quentin State Prison, artist Nigel Poor says of the new "The San Quentin Project: Nigel Poor and the Men of San Quentin" photography show, "I don't want people coming to the exhibition thinking it will be depressing. There's a lot of joy and beauty in it." As hard as it may seem, Poor is right.

Standing in a second floor Milwaukee Art Museum gallery surrounded by images of prison life at the maximum security San Quentin State Prison, artist Nigel Poor says of the new "The San Quentin Project: Nigel Poor and the Men of San Quentin" photography show, "I don’t want people coming to the exhibition thinking it will be depressing. There’s a lot of joy and beauty in it."

As hard as it may seem, Poor is right.

Despite the subject matter, despite the essay one inmate wrote while in solitary confinement, despite the knowledge that some of these guys – including ones who’ve been inside for 20, 30, 40 years – might never be released – or maybe, in some ways, because of some of these things – you might chuckle, as I did, when reading the notations one inmate made on an archival photo taken at the prison school in 1958.

You surely will marvel at the in-depth essay focusing on a pair of photographs penned by an inmate during his time in solitary confinement. It may be the most enlightened and enlightening musing on photography you’ll ever read.

"There are not many programs for inmates who are serving lengthy or even life sentences," says Poor, because some think that it’s a waste of time to offer them to prisoners who may never get out.

"I’m the opposite," she adds, "I think every life should be meaningful."

The exhibition, which opened this week and runs through March 10 in the Bradley Family Gallery, consists of three sections, based on Poor’s work since 2011 teaching photography classes to inmates at San Quentin. 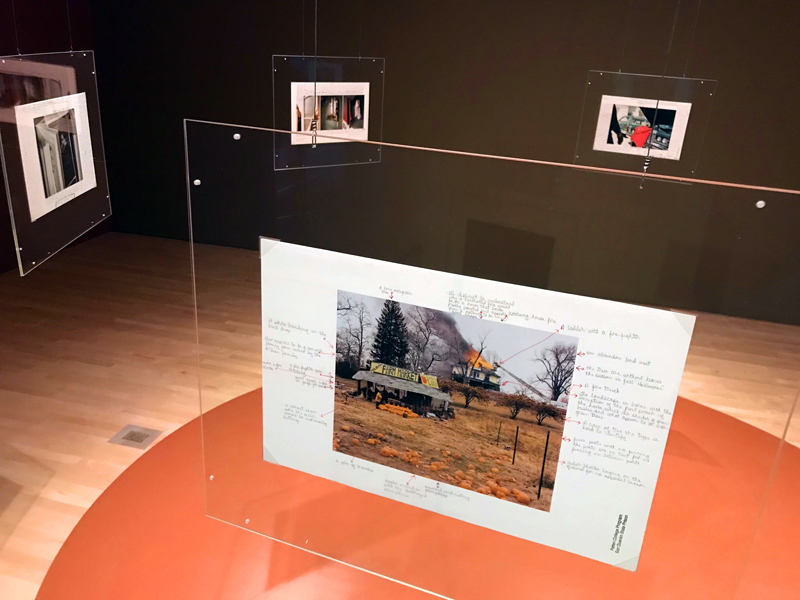 The first room focuses on photo mapping exercises that the inmates did, examining photographs and making notes, some of which are engaging, others of which are sad and many of which are insightful.

"I hope people will realize that the mapping of these images come from real people with real feelings," said contributor Tommy Shakur Ross in a statement. "This project shows not only our observation skills at work, but our compassion and our driving need to be heard."

The next room features archival photographs from San Quentin that Poor found and decided to use in her classes.

"I have been going through those, scanning them, archiving them, trying to make sense of them and working with a group of men inside the prison having them really explain what's happening in the photographs," she says. 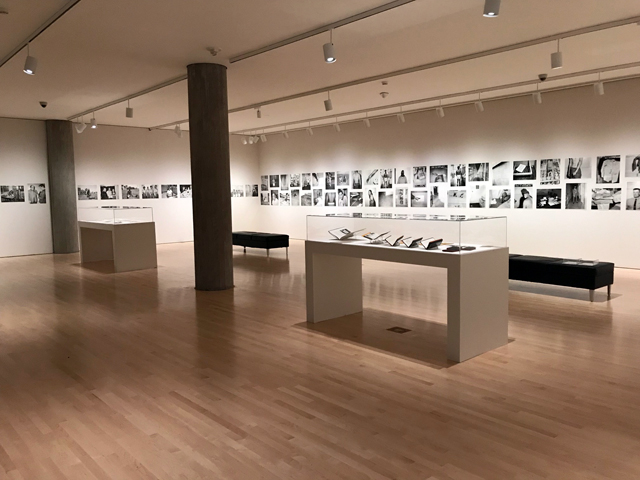 "As an outsider, somebody who've never been incarcerated, there's obviously no way for me to ever know exactly what it's like in prison no matter how much time I spend there. This is an opportunity for the men to be able to educate me and to educate people on the outside and also brought in understanding and getting more three dimensional view of who's incarcerated, what life is like in there, that it isn't like what you see on T.V. and movies, that it's complex, that it's interesting, that people have lives in there just like we have lives on the outside."

The final space in the gallery is devoted to a podcast, called Ear Hustle, created by the inmates.

"We really do concentrate on life inside the prison (in the podcast)," says Poor. "How do you make a life? There's a really wonderful video (in the show) that Earlonne Woods and one of the other men that we work with, Antoine Williams, did interviewing each other about the podcast and what it means to them to have it shown inside of the museum context."

"This exhibition seeks to not only invite audiences to discover how images of incarcerated populations have been codified, but also promote more critical skills in reading the cultural signs and power structures inherent within visual images. It is exciting to consider how the Museum might act as a catalyst in conversations about criminal justice in Wisconsin."

As part of the exhibition programming, Marquette University’s Haggerty Museum of Art and MAM will collaborate on a three-day symposium, Nov. 1-3, at which artists and experts from across the country will join Milwaukee-area groups to talk about ways that arts and education in prisons can help alter attitudes toward inmates and the criminal justice system.

"The idea," says Sutcliffe, "is to consider the national models for various programs including in-prison programs, diversion programs, art awareness programs and what we in Milwaukee can take away from that and think about in terms of what we do here."

More information on programming related to "The San Quention Project" can be found here.

"To know something I did is actually inside a museum is one of the greatest things in the world," said contributor Mesro Coles-El in a statement.

"Projects like this are important because so often people in prison are just simply forgotten. This is in part because society looks the other way when it comes to prisons and incarcerated people. The other part is that hope is in short supply. That lack of hope causes those incarcerated to sit around and wait to die. An opportunity like this comes around once in a lifetime. It gives me hope."