In its new major show, Milwaukee Art Museum takes a different look at one of America's most beloved painters. "Coming Away: Winslow Homer and England" opened on March 1 and runs through May 20.

In its new major show, Milwaukee Art Museum takes a different look at one of America's most beloved painters. "Coming Away: Winslow Homer and England" opened on March 1 and runs through May 20.

Co-organized by the Milwaukee Art Museum and the Worcester Art Museum, the exhibition – in the museum's Baker/Rowland Galleries – looks at how Homer's nearly two years in an English seaside village affected his work.

"This is a truly important project to the Milwaukee Art Museum," says MAM Director Dr. Marcelle Polednik. "Not only because it's a wonderful collaboration with the Worcester Art Museum. For us, it's a really important piece of our work as an institution to provide opportunities for the curatorial team to really flex their scholarly muscle. And to contribute to the field of art history in ways that are trailblazing, which this exhibition does in spades.

"This exhibition changes the course of conversation in scholarship surrounding Homer. It contributes immensely about a period of time that is lesser know in the artist's career. And given the importance of Homer to the study of American art ... that is no small feat. So we're proud of the collaboration. We're certainly proud of the level of scholarship and the artistic integrity of the exhibition. All of those are wonderful markers for The Milwaukee Art Museum, for the kind of work that we aspire to do."

The show includes 50 works by Homer (71 overall ) – oils, drawings, watercolors – including some of his most recognizable, like "The Cotton Pickers," which is on loan from Los Angeles County Museum of Art (pictured below), the dramatic "The Life Line" (pictured at top), borrowed from the Philadelphia Museum of Art, and "Summer Night," on loan from Paris' Musee d'Orsay. 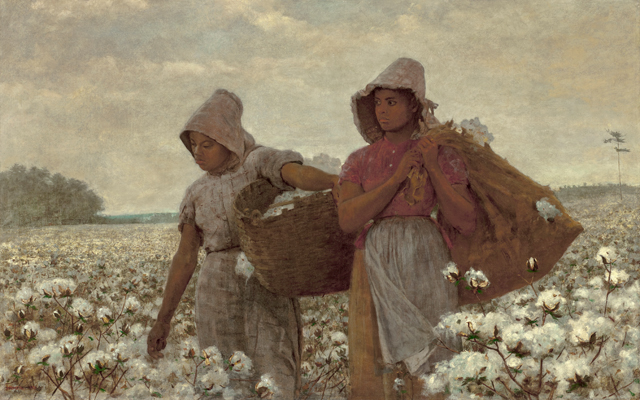 Two major works in the show are "The Gale" – another dramatic piece – from the collection of the Worcester Art Museum, and Milwaukee Art Museum's own "Hark! The Lark," which arrived at MAM via its inclusion in the Layton Collection (pictured below). 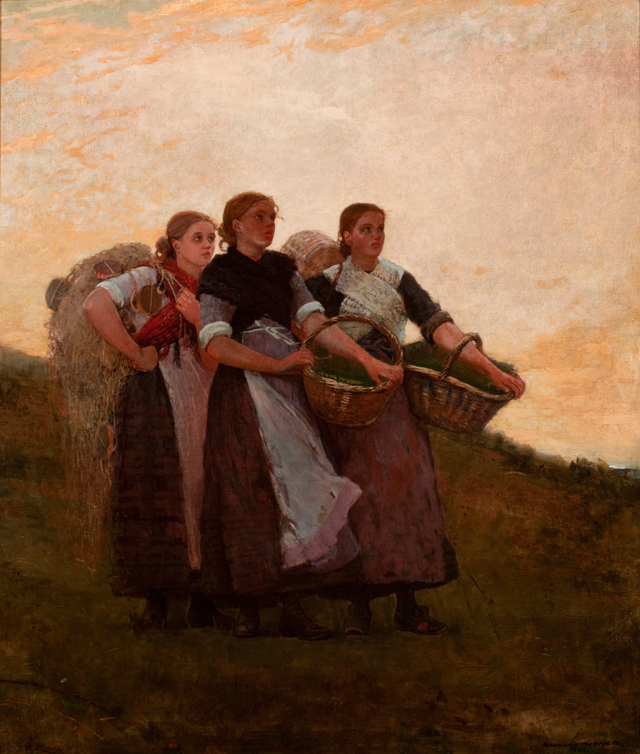 "These two important works that bookend Homer’s Cullercoats period provide the perfect opportunity to explore the artist anew and show just how pivotal England was to the artist’s development," said Elizabeth Athens, formerly of Worcester Art Museum and currently at the National Gallery of Art, who co-curated the show with Milwaukee Art Museum's Brandon Ruud. 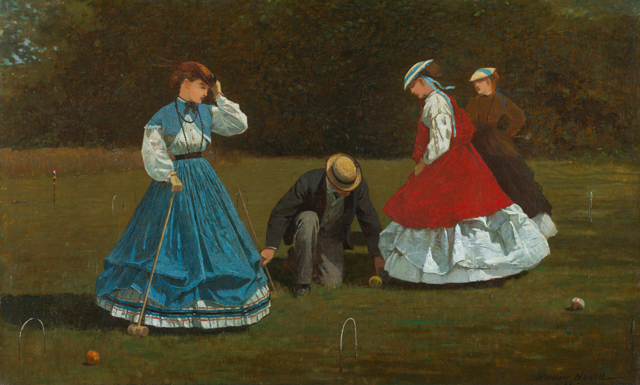 "Though Homer really stands as one of the most famous and iconic of 19th century American artists," says Ruud, "he was considered exceptional, unique, throughout the course of his career and still highly influential on early 20th century modernists. And kind of an outlier as an artists. So he never really fit a category. We wanted to show what his artistic journey was."

But nothing appears to have influenced Homer's work in this period more than England and the North Sea.

In the works painted before his trip, people were the focus, as they worked or played in an environment that appeared often to be something of a stage for the performers.

Once in England, the sea, especially, becomes more prominent, more ominous, wilder. And when Homer returns, nature has become a full-fledged character, often demanding more attention than the figures themselves.

Consequently, it is in the second part of the show that Homer's works really leap from the canvas. You might say that the exhibition opens at low tide (though low tide for an artist like Homer is quite astonishing) and crests into a tidal wave by its completion.

Polednik says the show kicks of a new "season" at MAM: the season of travel, which also encompasses the current "Open Road" photography exhibition currently on view at the museum.

"We're doing things a little bit differently as of really just a few months ago," she says. "Milwaukee Art Museum, is thinking about all the exhibitions we have to offer in terms of seasons. Because you're all now I hope familiar with the refrain that we've been sharing with the community which is, we have three times the exhibition galleries, we have three times the artistic program.

"So with Homer we really usher in the season of travel at the museum, and the importance of travel. Hence the slogan, 'What will you come away with?' That's a very important message to us. I think as you'll see from the exhibition, and you'll hear from the curators, travel in terms of Homer's career was really transformational. And you'll see the impact on that as you walk through the exhibition. The works that you'll see are truly magnificent."