Celebrated Wisconsin architect Frank Lloyd Wright was born June 8, 1867 and to celebrate the sesquicentennial of that momentous occasion, Milwaukee Art Museum has created an exhibition in Wright's honor.

Celebrated Wisconsin architect Frank Lloyd Wright was born June 8, 1867 and to celebrate the sesquicentennial of that momentous occasion, Milwaukee Art Museum has created an exhibition in Wright’s honor.

"Frank Lloyd Wright: Buildings for the Prairie" opened last Friday and runs through Oct. 15. Although there is art glass, furniture, metalwork and more, the centerpiece of the show is the so-called "Wasmuth Portfolio," a boxed collection of prints published in Europe in 1910 while Wright was there laying low after an illicit affair with a former client found him embroiled in controversy. 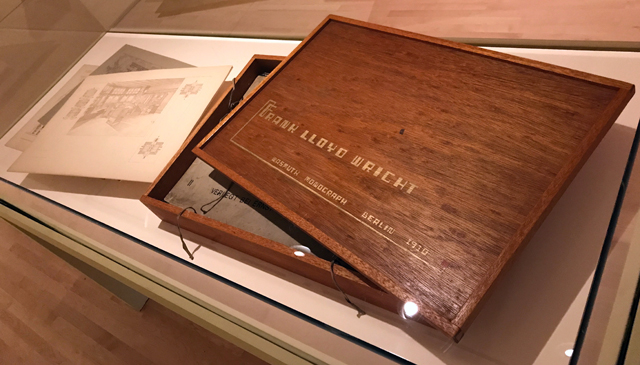 The show is in the museum’s Bradley Family Gallery on the second floor.

Despite the fact that set was expensive and for tragic reasons – the murder of Wright’s lover and five others at Taliesin in Spring Green, followed by a fire that turned 500 portfolio prints to ash – wasn’t well distributed in the United States, the Wasmuth Portfolio is often credited with helping to spread Wright’s fame globally.

"The ‘Wasmuth Porfolio,’ however is largely credited with profoundly influencing the direction of 20th century architecture," reads one of the show’s panels. 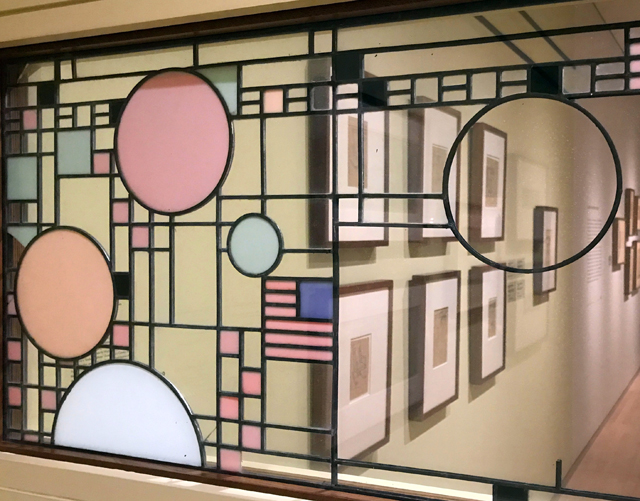 "When the portfolio reached the office of architect Peter Behrens in Berlin shortly after its publication, among his 20-something apprentices who would have seen the work were Walter Gropius, Charles-Edouard Jenneret (commonly known as Le Corbusier) and Ludwig Mies van der Rohe – architects who emerged as the leaders of international modernism."

In the hefty wooden box were prints of Wright floor plans and renderings of some of his most recognizable work: the Robie House in Chicago, Wright’s own home and studio – as well as the Unity Temple – in Oak Park, and the Coonley House in Riverside, Illinois. 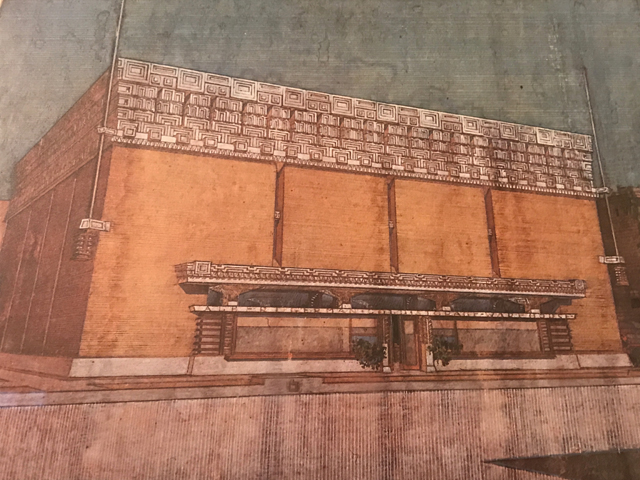 These works are some of the early superstars of Wright’s vision for his Prairie Style.

There are, of course, Wisconsin connections in the show, too. There’s a lovely rendering of the A.D. German Warehouse in Richland Center (pictured above), and, perhaps most exciting for me, a large collection of sketches and other works by acolyte turned master himself, George Mann Niedecken, including a rendering of his design for the lobby of the Milwaukee Athletic Club (pictured below) and for Niedecken’s Adam Mayer House on the East Side. 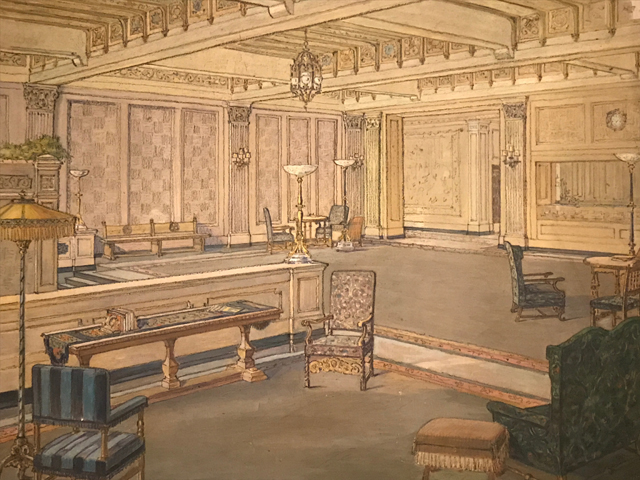 "Wisconsin native George Mann Niedecken, in particular, was a major force in defining many of the interiors of some of Wright’s most important commissions," explains a panel. "Niedecken, for example, took control of the Edward Irving House, in Decatur, Illinois, barely a concept at the time of Wright’s departure. In the architect’s absence, Niedecken had complete authority over the home’s interior."

The Milwaukee-born Niedecken and Wright collaborated closely on furniture designs and another panel notes that they, "had worked together on the sketches for interior furnishings, and, in many cases, their style is indistinguishable."

Indeed, many of the most recognizably "Wright-ian" objects in the show turn out to be, in reality, Niedecken designs. 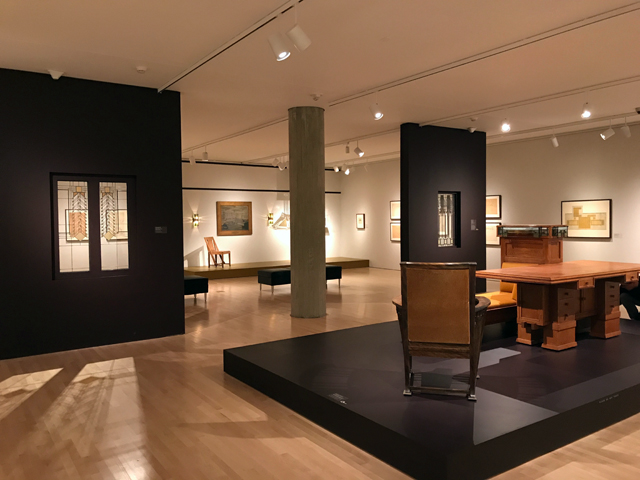 MAM has a large Niedecken Archives from which to draw for an exhibition like this, and in some ways, the show is as much a testament to Niedecken’s vision and skill as to his mentor’s, which is a nice surprise and one that makes this exhibition go to 11.

"We are honored to celebrate this American icon from Wisconsin," said Brandon Ruud, Abert family curator of American art at the Milwaukee Art Museum, in a press release for the exhibit. 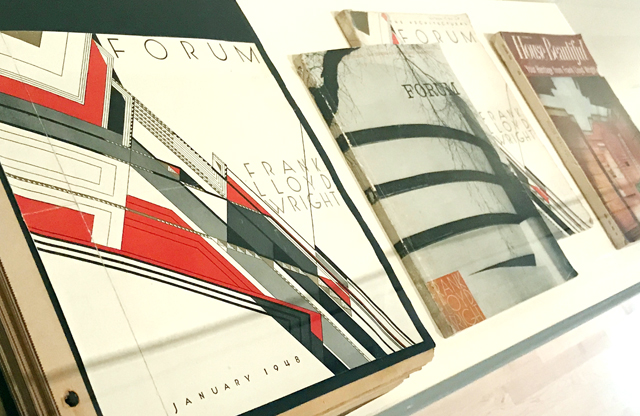 "The portfolio emerged at a critical moment for Wright, at a time when he was at a professional crossroads. It lends unique insight into his early development and the evolution of the Prairie School of architecture."

Full details on hours, events, etc. can be found at mam.org.