The Maryland Avenue Montessori School building has been growing periodically ever since the school opened in the mid-1860s. With one of MPS' most successful and popular programs bursting at the seams of the building, a new addition is coming.

The Maryland Avenue Montessori School building has been growing periodically ever since the first school opened in the mid-1860s. I won't bore you with the specifics of that timeline here, but suffice it to say that space issues have been addressed via permanent construction in 1875, 1887, 1893, 1900 and 1950. And temporary classrooms were erected on the grounds at least twice: in the 1920s and just a couple years ago.

With one of MPS' most successful and popular programs bursting at the seams of the building, it should come as no surprise that a new addition is in the works.

The modest five-classroom addition will help the program accommodate its current enrollment and some growth expected based on the K3-8 school's low attrition rate. (Disclosure: As a volunteer with an interest in school buildings, I was invited to be a part of the school-level committee tasked with gathering input from the school community about what they'd like to see in an addition.)

The addition – which has a number of design elements that reference the 1887 Henry Koch-designed building and its 1893 Schnetzky & Liebert addition – was designed by Foundation Architects' Craig Eide, who also drew the new addition already rising at Fernwood Montessori in Bay View.

The new one-story masonry structure will wrap around two sides of the gym addition, erected in 1951. The project includes an elevator that will make the building ADA accessible on all four floors.

A groundbreaking is slated for Friday, June 10 at 8:30 a.m. and work will begin soon after. The addition is expected to be completed in time for the first day of school in September 2017.

Once the addition is completed, the temporary classrooms erected on the east side of the building will be removed.

Asphalt around the addition that will be torn up for construction will not be re-installed. Instead, the school community is raising funds to expand the green space on the grounds, adding an orchard and other features. A few years ago, parents, staff and community members worked to create the award-winning rain garden on the south end of the property.

1. The addition will include five classrooms 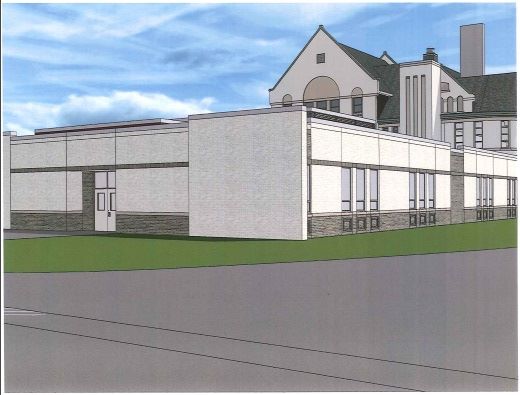 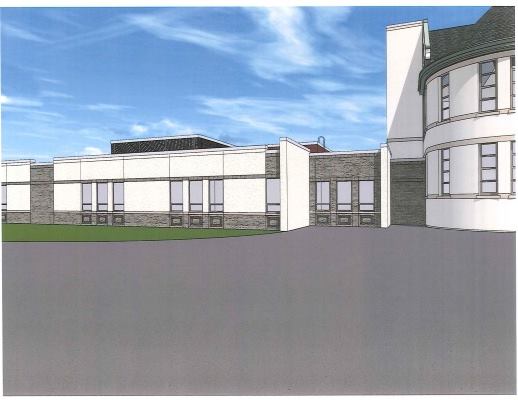 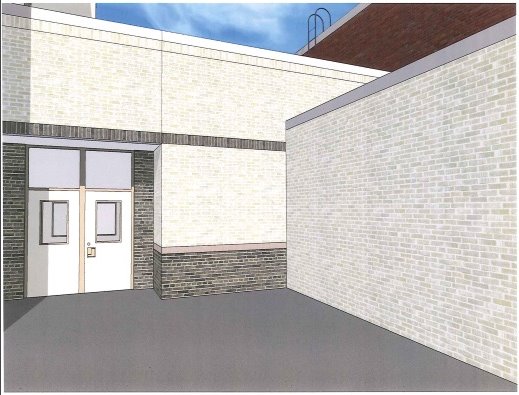 4. A wider view of the Prospect Avenue side 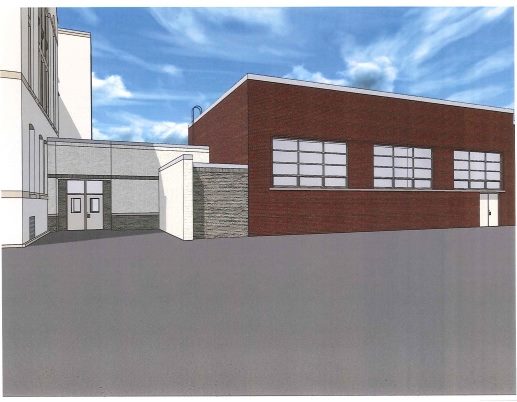 5. A view from the northeast 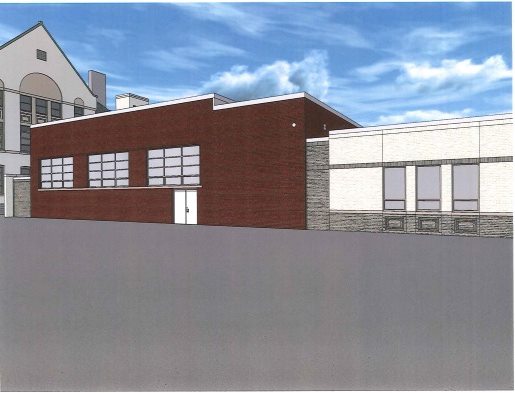