"American Epics: Thomas Hart Benton and Hollywood" is at Milwaukee Art Museum from June 10 through Sept. 5. Here are seven works that especially caught the eye. But, rest assured, in a show with about 100 Benton works, there's plenty more.

"American Epics: Thomas Hart Benton and Hollywood" is at Milwaukee Art Museum from June 10 through Sept. 5 and features nearly 100 works by the Missouri-born Benton, spanning the years 1920 to 1967. The show is awash in color and colorful characters.

Film had a profound effect on Benton, who painted movie sets in the earliest years of his long career. He painted scenes of Hollywood for LIFE Magazine, which declined to use them because Benton pointed his brush at the seedy side of town. His portraits read like character studies for movies, and his propaganda works during World War II shouted in a way Hollywood always has. The show also includes some landscapes and Western images that will conjure thoughts of John Wayne.

"This exhibition is really the first to cohesively connect Benton's cinema experience, from subject matter to techniques, with his paintings," said MAM curator Brandon Ruud. "His fusion of traditional painting and contemporary, larger-than-life storytelling fueled by Hollywood is really extraordinary, and we are so pleased to share it at the museum."

Here are seven works from the exhibit – organized by Massachusetts' Peabody Essex Museum, in collaboration with the Nelson-Atkins Museum of Art in Kansas City and the Amon Carter Museum of American Art in Fort Worth – that especially caught my eye. But, rest assured, in a show with about 100 stellar Benton works, there's plenty more to see. 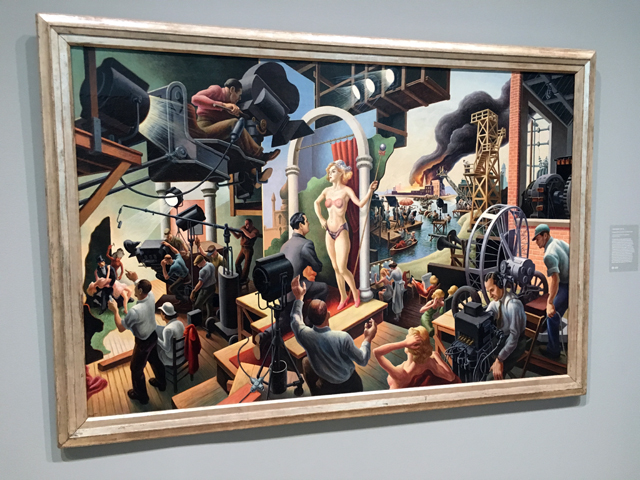 This large-scale painting depicts a Hollywood starlet almost as Botticelli might have painted the seasons. According to the accompanying exhibit text, "The painting is the sum of the many drawings Benton created as part of his LIFE Magazine commission." 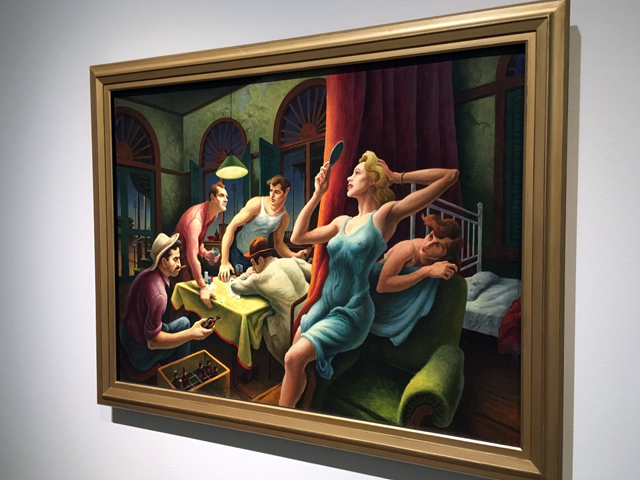 Benton's imagining of a scene from Tennessee Williams' play "A Streetcar Named Desire" was commissioned to create the work as a gift for Mayer Selznick, who produced the show on Broadway with Marlon Brando starring as Stanley. 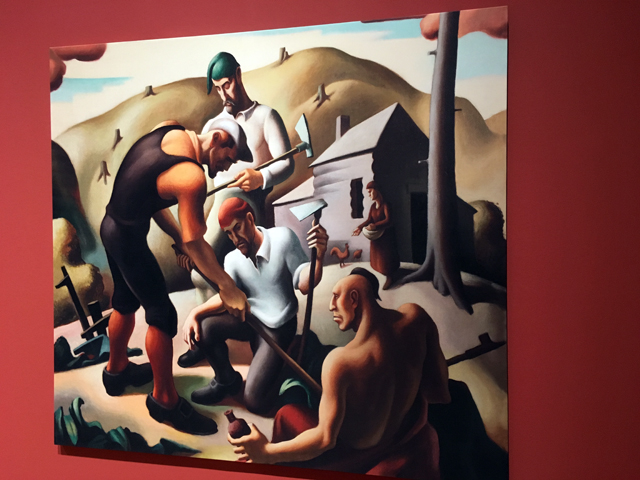 "Benton retold myths about freedom, progress and the frontier using invented scenes and exaggerated, even stereotyped, figures," reads the exhibition description of the American Epics series. "He highlighted the important contributions of ordinary people, not famous American heroes, while revealing the inequality and violence in the American story." This panel, and others, are reproductions of the original canvas mural, which could not be displayed at MAM. 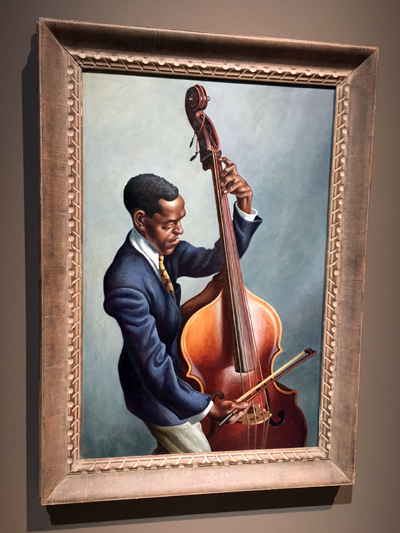 According to Ruud, Benton was one of the few U.S. artists of his day that painted African-Americans and Native Americans, both in portraits and in group scenes. "I saw that for all the talk on the subject," the exhibition text quotes Benton as saying, "there could be no American Art unless its form was generated in the midst of meanings and values that were American." This bassist was a performer in a Kansas City jazz club Benton liked to visit in the 1940s.

5. Maquette for the painting Weighing Cotton, circa 1939 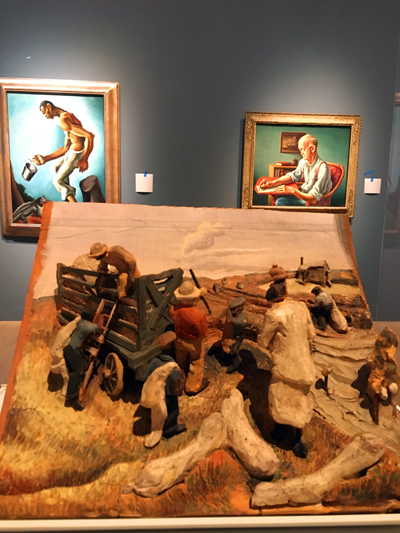 I first saw this work when it was undergoing restoration in MAM's conservation lab and it's great to see it looking so fresh. Benton sometimes made these small three-dimension models from which he then painted canvases. 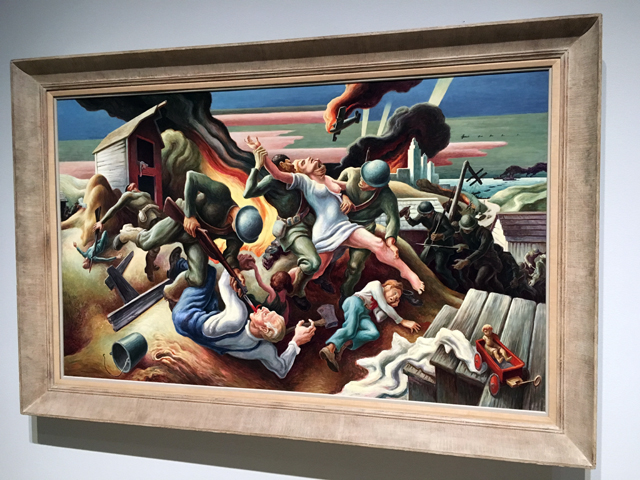 This is a work from the 1942 Years of Peril series and its horrific vision of an enemy invasion of rural America reminds me of the over-the-top mural of judgment day that Luca Signorelli painted in the duomo at Orvieto, Italy. "These pictures do not represent accurately anything that I have seen with my eyes or that another may see with his," Benton said. "I believe that they are true representations of the moment even though the symbols used are imaginative." 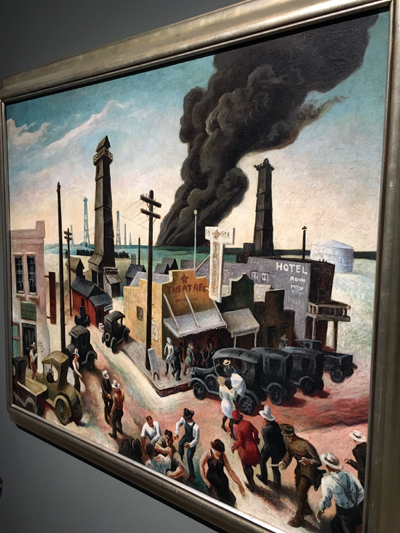 This work is on a wall in the exhibition adjacent to a stunning mountain landscape painting and it stands in stark contrast. While the other work shows the majestic natural wonder of the western states, this one – based on Benton's visit to Borger, Texas, in 1926 – shows the hard-working pioneers who built the American West.