Yesterday, when Milwaukee Art Museum staffers heard about a cool Calatrava costume on Twitter, they started a search to find the flapping 4-year-old.

Yesterday, when Milwaukee Art Museum staffers heard about a cool Calatrava costume on Twitter, they started a search to find the flapping 4-year-old, so they could offer him and his family a free museum membership.

Saw a kid trick or treating today costumed as the @MilwaukeeArt museum. I don't know how anyone else can compete with that — wesley hoffmann (@whoffs) October 28, 2015 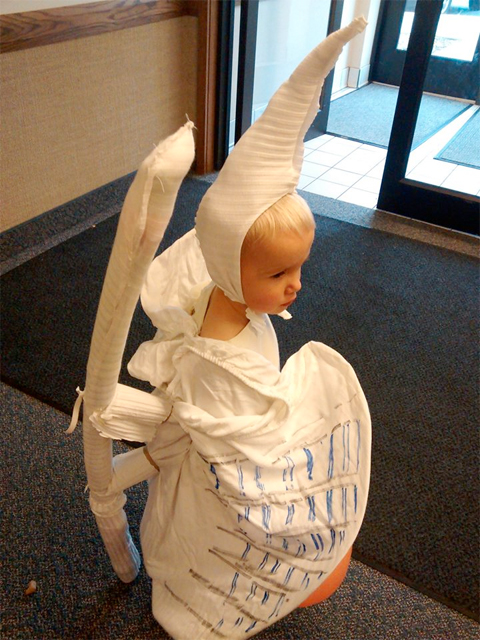 This morning, MAM's Director of Communications and Marketing reports that Miles, who turns out to be 3 years old, has been found.

According to Peck, Miles' mom Heather says the boy is obsessed with the museum's Santiago Calatrava-designed Quadracci Pavilion.

Miles will visit MAM at 4 p.m. today to pick up his free one-year family membership from museum staffers.

Additionally, Peck says that the museum will give a pair of MAM tickets to anyone who shows up at the museum in an art-inspired or MAM-inspired costume.