A public-private partnership has been floated to build a $2.8 million Felix Mantilla Little League baseball complex in Baran Park that would help further promote athletics and academics on the South Side.

Hank Aaron, Warren Spahn, Eddie Mathews ... all these years later, we still all know the big names of the World Champion 1957 Milwaukee Braves. But there’s one name on that roster that remains a Milwaukee all-star today.

That’s Felix Mantilla, second baseman, shortstop, outfielder, Milwaukee resident and inspiring leader of Felix Mantilla Little League, which every year since 1972 has helped hundreds of kids learn and enjoy the game of baseball but also to develop important skills like teamwork and leadership.

Now, a public-private partnership has been floated to build a $2.8 million Felix Mantilla Little League baseball complex that would help further promote athletics and academics on the South Side.

The project – a collaboration between Journey House, which is currently running the Mantilla league, and Milwaukee County Parks – would renovate Baran Park, 2600 S. Chase Ave., where the league is currently located. 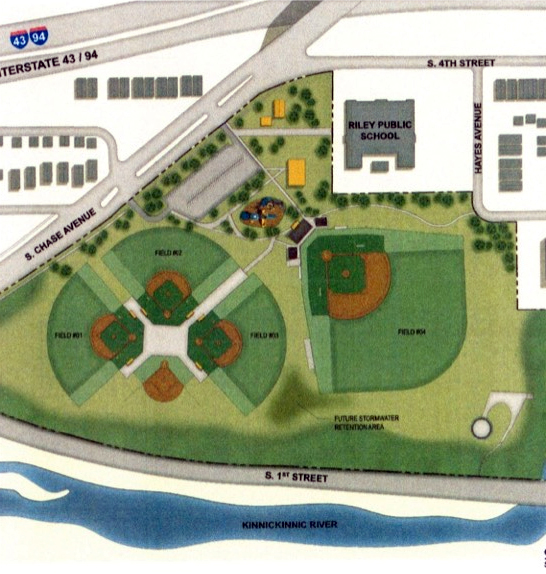 According to a news release issued today in conjunction with the issue being discussed by the Parks, Energy, and Environment Committee of the Milwaukee County Board of Supervisors, some funds have already been committed by local philanthropists and the national Cal Ripken Foundation.

The plan, modeled on a similar project at Mitchell Park – the Journey House Packers Football Stadium – would include three little league fields with artificial infield turf and natural grass in the outfield; a tee-ball field; a regulation high school field; field lighting; dugouts; bleachers; a storage and equipment facility; potential renovations to a concession stand; and enhanced stormwater management.

According to Brian Rothgery, the public information manager of the Milwaukee County Board of Supervisors, the committee did not adopt the proposal on Tuesday.

"Committee members asked solid questions and we look forward to this project moving ahead in 2017," said Tony Mantilla, son of MLB legend Felix Mantilla and a key driver behind the project, after this morning's meeting.

"We were pleased that the committee understood and embraced the main goal of this project. Our focus is not purely on baseball, but instead on serving adults and youth by leveraging athletics to promote academics and workforce development."

"Our granddads and dads have to go out and clean up the fields so the kids can play (safely)," Bria told NNS. "We want to make sure that our young scholars have an opportunity to play … on world-class fields."

Participating in the Mantilla league requires a focus on both academics and sports and players – called "scholar athletes" – must write essays and give oral presentations, take part in a structured study hall and provide progress reports from teachers.

Among the league’s former players are Ald. Jose Perez and Milwaukee County Circuit Court Judge Pedro Colon, who was the first Latino elected to the state legislature.

The Milwaukee Brewers Community Foundation helps fund the league and other MLB teams have reportedly expressed interest in creating similar experiences for children in their cities.

County announces "Love Your Parksâ campaign and a new beer