This morning, the Marcus Center for the Performing Arts, 929 N. Water St., announced a sweeping new master plan for its facility, which was built along the river in 1969. The plan includes broad changes to the exterior campus as well as inside the building.

If you thought the departure of the Milwaukee Symphony Orchestra in 2020 was going to strike a deadly blow to the Marcus Center, it looks like you’d better think again.

This morning, the Marcus Center for the Performing Arts, 929 N. Water St., announced a sweeping new master plan for its facility, which was built along the river in 1969. The plan includes broad changes to the exterior campus as well as inside the building. 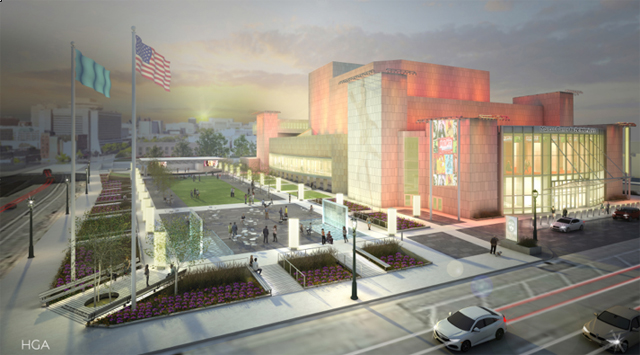 The goal, is, to "secure (the center’s) vitality for the next 50 years," according to a statement issued Friday.

The list of initiatives that are part of the project, which is slated to begin spring and be ready in time for the autumn launch of the venue’s 50th anniversary season is ambitious:

In the words of the center’s press release, the initial priorities are: 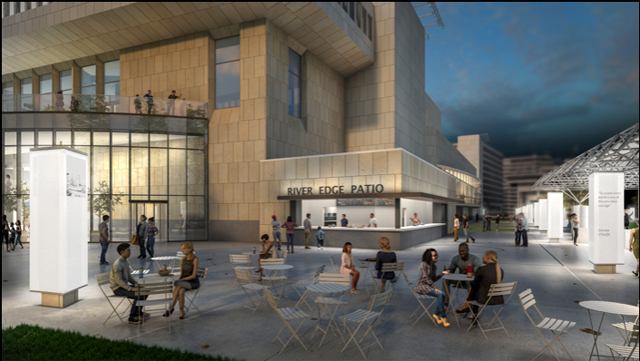 Additional initiatives, to be implemented in phases across the next three to five years, include:

"Over the last 18 months, the Marcus Center has engaged in a strategic planning process with a broad cross-section of the community to develop a vision for the campus that will lead the Center to another 50 years of success," said Paul Mathews, president and CEO of the Marcus Center for the Performing Arts, in the release. 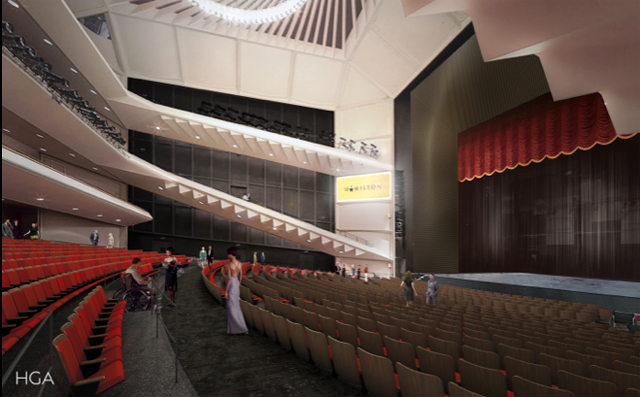 "We’re proud to reveal that new vision, which will create an even more open and accessible gathering place for the entire community, while establishing a solid financial foundation for the Center’s future."

The plan was created in collaboration with Marcus Hotels & Resorts, which recently announced changes, including a rebranding, to the former InterContinental Hotel across the street, now called the St. Kate.

"The Center is excited to work collaboratively with the Marcus Corporation in the creation of a multi-block area and programming strategies that will serve as a true destination for Milwaukee," said Marcus Hotels’ David Marcus, who is also a member of the board of the Marcus Center for the Performing Arts. 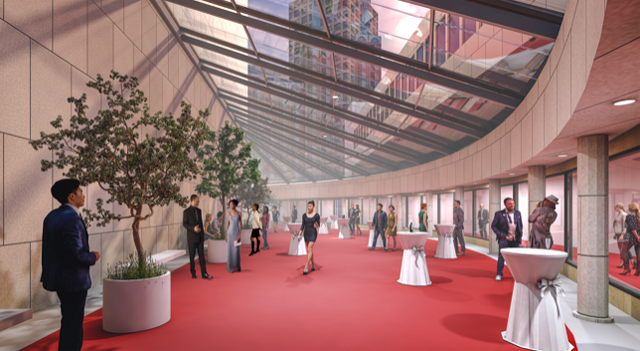 "The Marcus Center has demonstrated a deep commitment to supporting diverse programming that speaks to our entire community," said Barbara Wanzo, executive director of Black Arts MKE. "They have shown that same commitment as they developed a bold, new vision for the campus that will create a welcoming environment where the entire Milwaukee community can gather together."

"We are thrilled by the new vision for the Marcus Center, which will create significant new opportunities for First Stage as well as each of the other resident organizations," added Betsy Corry, managing director of First Stage. "It builds on the best of the last 50 years, while ensuring a bright future as the region’s world-class gathering place for all."