A few days after announcing a new vision and upgrades to the Marcus Center for the Performing Arts, the arts complex's Bradley Pavilion hosted the results Wednesday of an architectural competition to ideate on the site of the current Marcus Center parking structure a block north.

A few days after announcing a new vision and upgrades to the Marcus Center for the Performing Arts, the arts complex’s Bradley Pavilion hosted the results Wednesday of an architectural competition to ideate on the site of the current Marcus Center parking structure a block north.

Entries by UWM architecture students were expected to incorporate the needs of the Milwaukee Public Museum and the Betty Brinn Children’s Museum, as well addition space and parking for the Marcus Center, in their proposals.

The results are interesting and range from the relatively modest to quite adventurous. Here are some of the ideas: 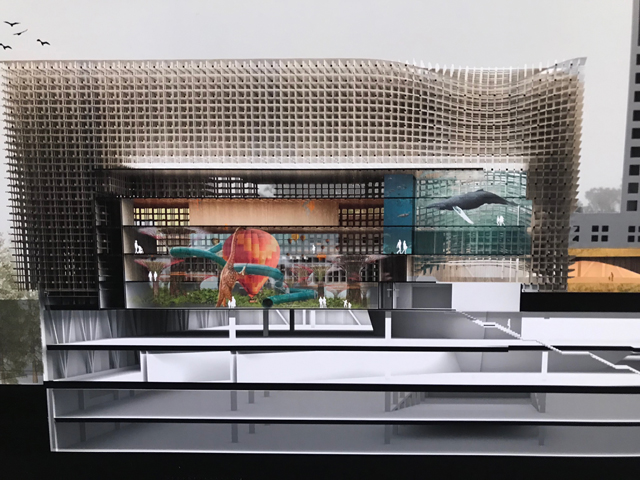 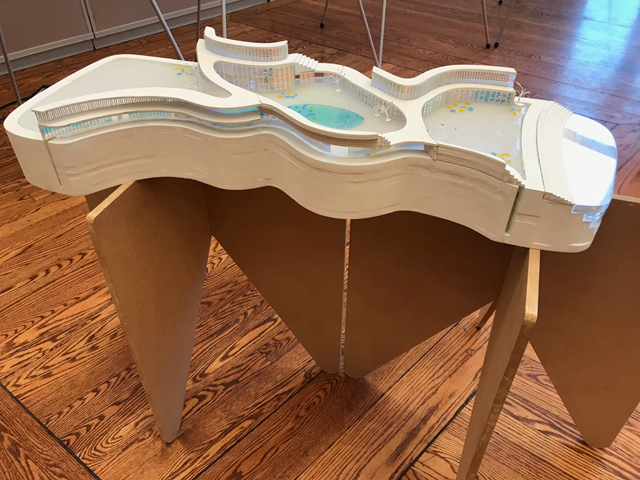 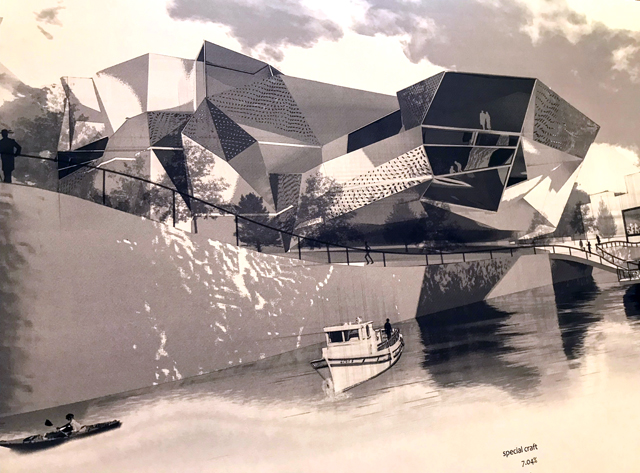 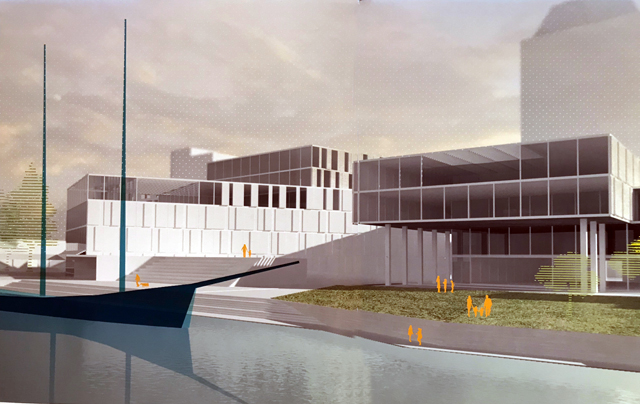 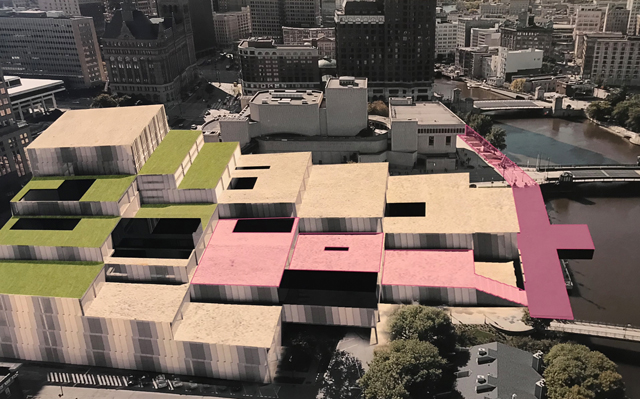 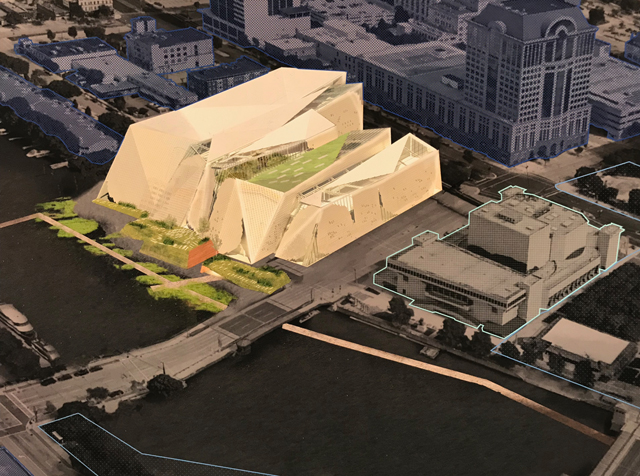 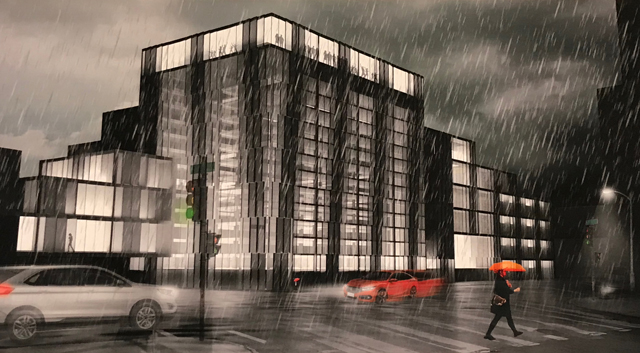 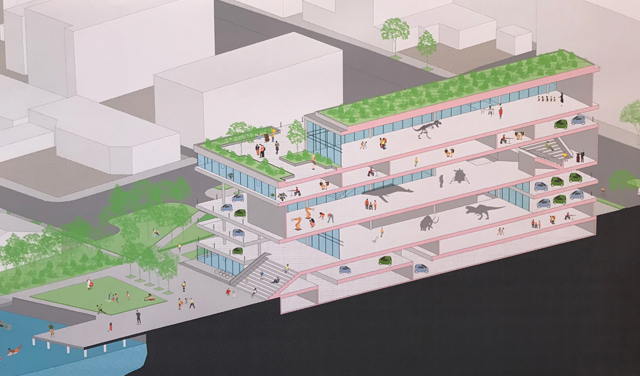 Remember: These are competition entries and even the winner (which hasn't yet been announced) won't necessarily be built. It's an exercise in thinking big, thinking out of the box and thinking about possibilities.

The competition is part of the biennial Marcus Prize, funded by the Marcus Corporation Foundation, which honors professional architects for their outstanding work. The competition aspect aims to encourage promising young architects from the UW-Milwaukee School of Architecture and Urban Planning.

The award, which includes $100,000 – $50,000 to the winner and $50,000 to lead the design studio in collaboration with UWM SARUP faculty – is to be officially presented to Gang in a ceremony Wednesday afternoon, during the same event at which the student ideas for the Marcus Center parking garage site, bordered by Water and Edison Streets and State Street and Highland Avenue, were unveiled.

More than 70 students applied to take part in the studio and the field was narrowed down to 14 by Studio Gang and UWM SARUP Associate Professor Kyle Reynolds after looking at their portfolios.

Their work will be considered by a jury during the Wednesday event at which students presented their concepts and took questions and gathered feedback.