Saturday night marked Maritime's first Big Milwaukee Gig since it released its paean to its hometown, "Milwaukee," in April. So, did Brew City turn out to return the love?

Saturday night marked Maritime's first Big Milwaukee Gig since it released its paean to its hometown, "Milwaukee," in April:

Earlier this week, the band's label Dangerbird Records – founded by Milwaukee ex-pat Jeff Castelaz – announced that Maritime's fifth full-length record – "Magnetic Bodies/Maps of Bones" – will drop on Oct. 16 (eight years to the day after the release of the quartet's third disc, "Heresy and the Hotel Choir").

So, did Brew City turn out to return the love and hear the new material? 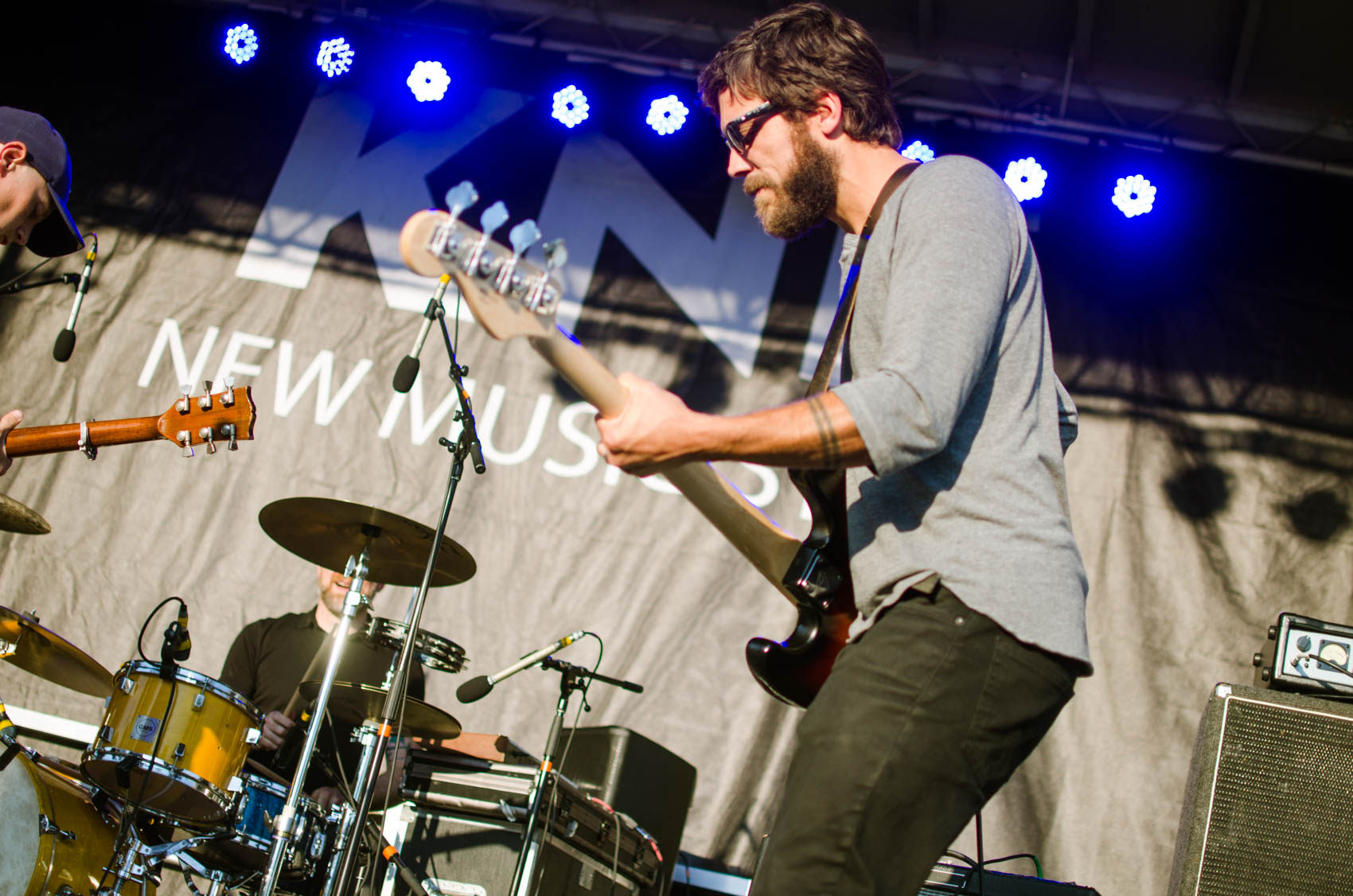 One of Milwaukee's most successful and respected bands, Maritime grew out of the ashes of The Promise Ring, half of which was Maritime frontman Davey von Bohlen and drummer Dan Didier.

When that band came apart just on the cusp of major success and right after the release of its most accomplished record, "Wood/Water" – produced by Stephen Street (who most famously worked with The Smiths) – von Bohlen and Didier teamed with Eric Axelson of D.C.'s The Dismemberment Plan to form Maritime, with guitarist Dan Hinz.

Saturday night, with the sun in their eyes, Maritime played a solid hour-long set that ran through the band's back catalog and also previewed new material from the upcoming record.

Following a performance by ex-pat Milwaukee singer-songwriter Mark Mallman, von Bohlen and company got down to business quickly, opening with "Milwaukee." And, yes, Milwaukee turned out.

Cole Schulist, who runs front of house sound for the stage, said the crowd is among the biggest he's seen at the KNE.

"Absolutely one of the biggest," he said. "And they deserve it, too."

Schulist, a big fan, said he's been eager to mix for von Bohlen for years. "It's an honor." 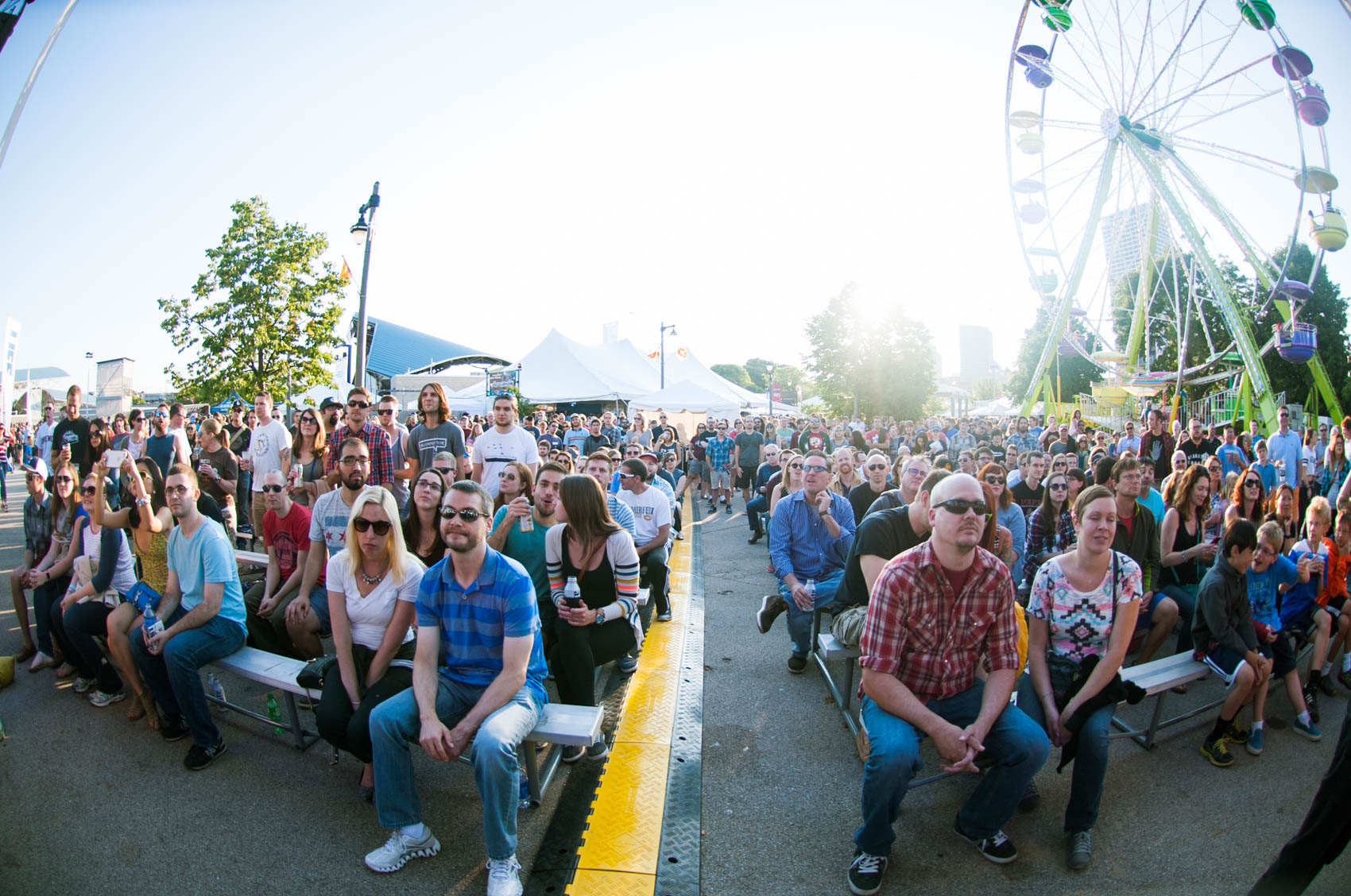 Surprisingly, for a smaller side stage at Summerfest, too, the crowd got comfortable and stayed. And it's easy to see why. The band works hard, and no one harder than von Bohlen himself, whose yellow shirt was two or three shades darker from sweat by the middle of the 14-song set, fueled by jangling guitars and catchy melodies.

Drummer Dan Didier's performance was also noteworthy, not only for his high-energy drumming – complimented by Klug's solid bass work – but for the moments when he plays drums one-handed so he can also man the keyboard.

Hinz's guitar added color and depth, especially on the uptempo poppy numbers, like "Paraphernalia" and "Satellite Love" (how was THAT not a big hit?)

The set itself was a mix of familiar tunes – like "Peopling of London" and "It's Casual" from 2011's "Human Hearts" and "Parade of Punk Rock T-Shirts" from 2005's "We, the Vehicles" and "For Science Fiction" from 2007's "Heresy and the Hotel Choir" – and new ones, like "Collar Bones," which von Bohlen said is about Katy Perry, that served as teasers for the new disc.

Those new ones were a nice treat for the hometown crowd that turned out and did Milwaukee proud.

Get the hook-up on hangover relief at Summerfest