Marticia Jenkins' story one of hope, generosity and kindness for all involved

When I'm moved, I write, and fortunately, with OnMilwaukee, I have a place for that writing. The series of Uber tales from the road have run intermittently, but this story, more than anything else, proved that words and social media have the power to spark action, to make a real difference.

"I can’t thank everyone enough. I have been blessed," Marticia Jenkins said. "This will turn my life around for me and my children. Thank you. It means everything."

Two women who had never met, one poor and black, the other privileged and white, recently connected from 2,174 miles away in a way that touched, changed and improved both their lives.

This is the inspiring story of those two women, and many other people, who were part of something truly good, and perhaps it teaches us lessons, especially at a time when the country could use a story of such generosity and kindness.

The only way to tell this story is from the beginning.

It all started innocuously enough in the middle of an early-morning March snowstorm, a little after 5 a.m. in the predawn-dark central city of Milwaukee. There would be no sunshine that day, just as there are few days of sunshine for the people who live in intractable poverty.

I drive for Uber and got a ping to make a pickup. I waited outside the home and soon saw a woman come out. She was holding the hand of one child and carrying a plastic child seat with an infant inside.

"Two stops," Marticia Jenkins told me. The first one was a daycare center, where she took her children, rang a bell, saw a light come on and a door open as she went inside to drop her kids off.

Moments later, she climbed back into the car and we took off for a Taco Bell, a $21 ride away.

She struggled through the snow to the door of the restaurant, locked and dark, standing with her head down and her hands in her pockets, obviously waiting to be let in. I pulled away and sat in my car, watching this young woman, seemingly beleaguered and struggling to get through each day of her life.

If she worked five days a week she probably took that $21 ride 10 times each week to a job that couldn’t pay much more than minimum wage.  That’s more than $200 per week. Part of me wondered how she could do it, the other part was full of a kind of admiration for someone working so hard to support herself and her kids.

When I’m moved, I write, and fortunately, with OnMilwaukee, I have a place for that writing. The series of Uber tales from the road have run intermittently, but this story, more than anything else, proved that words and social media have the power to spark action, to make a real difference.

That drive was on Monday, March 13. The story ran late-morning on Thursday.

Less than 24 hours later, my friend Kelly Evans-Pfeifer, sent me a Facebook message. 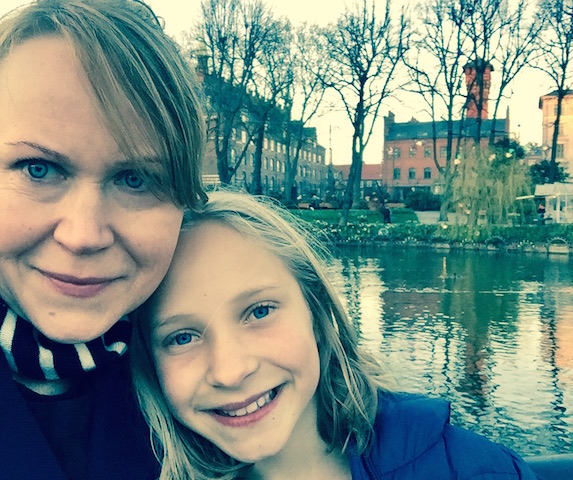 Kelly is the daughter of my dear friend, Terry Evans, a judge on the federal court of appeals. He died four  years ago, way too early and I miss him every day.

Marticia Jenkins is the subject of this story, but Kelly Evans-Pfeifer is an equally important player. She is a successful executive at a hot ad agency in San Francisco. She has always been determined, taking after her mother Joan, who is a "let’s get this thing done" kind of woman.

I tracked Marticia down with help from her Taco Bell manager, Trish, who had nothing but good things to say about her. A short time later, Marticia called. I talked to her about the ride and Kelly’s idea.

Her skepticism was understandable. She was 26 with two children, Logan, 4 and Olivianna, almost 1. One father was in prison, the other rarely saw his child. She had just spent several months in a shelter and was now living with a cousin.

I told her it wasn't a scam and, though obviously skeptical, she agreed to go along with something she wasn't entirely certain about. Sort of a "what do I have to lose?" attitude.

Kelly set up a GoFundMe account. We determined the goal should be $4,000 for a car and insurance for a year. We were off and running, and that’s when another amazing woman stepped in.

My neighbor, RoseMary Oliveira, had recently lost her long-time partner to a heart attack. I called and told her what was going on.

She had an asking price for his Toyota Scion that was in perfect shape and had a full maintenance record. She offered to cut her price by more than 10 percent if we raised the money.

The GoFundMe account went live on Saturday, March 18. That day a $50 contribution from a woman named Dee Ann Bundy put it past $1,000. By Sunday, thanks to $500 from a San Francisco writer named Dianna Kapp, we had gone over the $2,000 mark.

Then an old friend, Milwaukee Journal Sentinel columnist Jim Stingl, wrote his Sunday column about Marticia, helping to further drive up the fund. Stingl wrote about how taking possession of that car was going to mean so much to her.

The drive seemed to have no slowdown. Marticia, who is 26, talked about how grateful she was for everything and mentioned that she eventually wanted to become a nurse.

That sparked another flood.

I am in Talent Acquisition (recruiting) with Aurora Health Care and was struck by Marticia’s story, her incredible work ethic, and the fact that she wants to be a nursing assistant or nurse someday.  I would love to have the chance to talk with her about careers at Aurora Health Care.  We have Food Service Assistant positions located very close to her home that offer full benefits and starting rate of $11.50, which I assume is more than she is making at Taco Bell.  In addition, we offer Nursing Assistant training classes to our high performing internal caregivers, which would allow her to continue to grow her career.

Please send her my contact information so that we can talk further.  This would be a win/win for her and Aurora Health Care.

It was heartwarming to hear the outpouring of support for a young woman trying to better herself. I write to you in hope that you can put me in touch with Marticia as she sounds like the ideal employee. Saint John’s On The Lake is a retirement community located on Prospect Avenue, a much shorter commute for her than Oak Creek! Given her current position, she would likely be a candidate to work in Dining Services (at a higher wage than she currently earns), and we would support her education to a certified nursing assistant and a career ladder to LPN and RN if she desires.

Renee Anderson
President and CEO
St. John’s on the Lake

Dave – I am now at MATC as a VP of Advancement.  I read that Marticia Jenkins is interested in becoming a nursing assistant or nurse.  We have a 4-week nursing assistant certificate – and we may have scholarship funds available for that program. I would be happy to arrange a meeting with student services/recruitment for her to explore options of her pursuing her career aspirations.  Let me know what you think.

The people who run GoFundMe called me to say that NBC News was interested in Marticia’s story and wanted to come to Milwaukee to do a piece on her. That one is still in the works.

And so, thanks to 155 people on GoFundMe, men and women, who donated $9,738, and to five women who didn't know each other, and to the power of words to help and spur action, Marticia is on a different path.

She has a car, insurance for a year, child safety seats, a new apartment in a better neighborhood, a new bed and lovely hide-bed-couch, other furniture, new clothes for her two children.

On Wednesday, she started a new job, at St. John's. 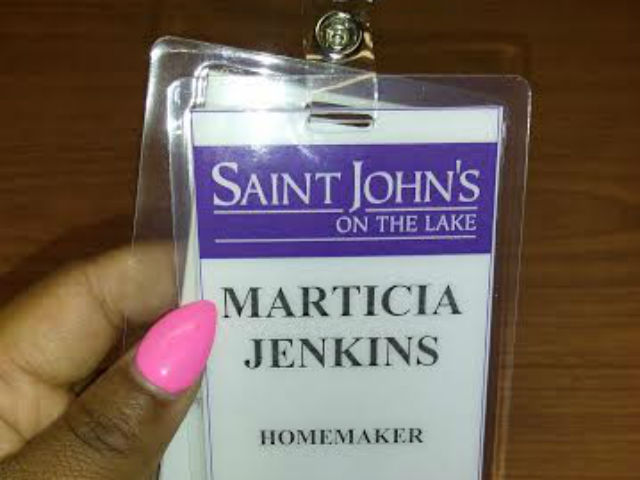 And, more than anything tangible, Marticia also now has renewed hope, for herself and her children.

There is also a new sense of hope for everyone who got on board this inspiration train. The GoFundMe page is still open and you can donate here.

And hopes realized that people acting together, being moved, opening their hearts, can truly change lives.