It's seemingly rare that a bar or restaurant opens when it's originally projected to open, but that's exactly what happened at Matador, a hybrid taco and tequila bar located at 1110 N. Old World Third Street, which welcomed the public on Dec. 27.

It's seemingly rare that a bar or restaurant opens when it's originally projected to open, but that's exactly what happened at Matador, a hybrid taco and tequila bar located at 1110 N. Old World Third Street, which welcomed the public on Dec. 27.

According to owner Sean Pliss, it’s been a strong start.

"We’ve been open for a week, and it’s been pretty insane, which is good," says Pliss, who is the former co-owner of Oak Lounge in the Third Ward. "Surprisingly, we already have stuff pretty much dialed in." 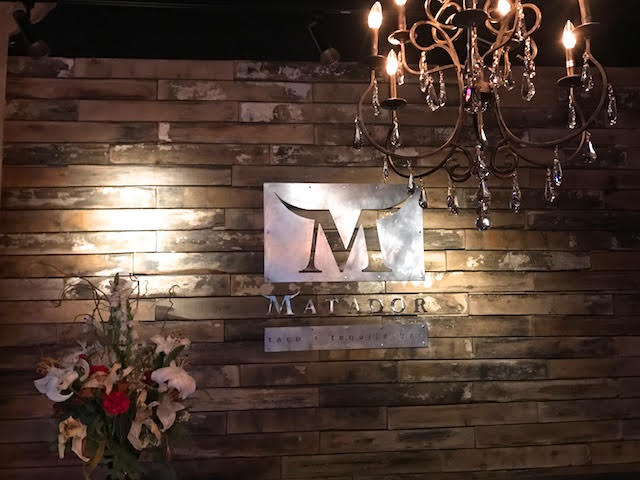 The space formally housed Lucille’s Piano Bar and, before that, Gus' Mexican Cantina.

The decor is "rustic retro" with reclaimed wood on the walls, chandeliers and funky chairs and couches that are new but have a vintage look. The bar and cantina also houses 13 large screen TVs (soon to be 15) that will cater primarily to the sports crowd – particularly Packers, Badgers and NCAA games.

"You can see a TV from anywhere in the space," says Pliss. 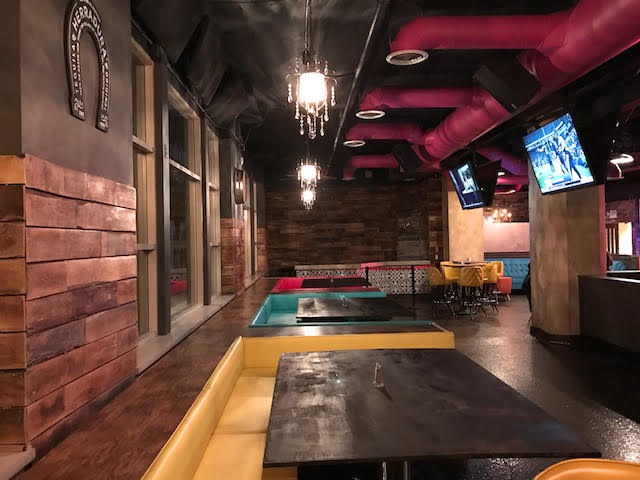 "Our tequila offerings are pretty expansive," says Pliss. "All of our margaritas are made with 100 percent agave tequila."

There’s also a "bottle program" wherein, for $150, guests can purchase a bottle of Hornitos that is engraved with the buyer’s name and stays behind the bar.

"People who have a bottle here can come in and drink it whenever and however they want," says Tripper Duval, who created the drink menu.

Bottle program participants also receive $2 tacos, which is the happy hour taco price, at all times.

"We’re really trying to do fun stuff, including food and drinks that cater to large groups," says Pliss.

Matador offers "Sombeeros" – an inflatable sombrero filled with bottled beers – and party platters of 20 tacos. There’s also a 60-ounce margarita that can be shared by 3-4 people. 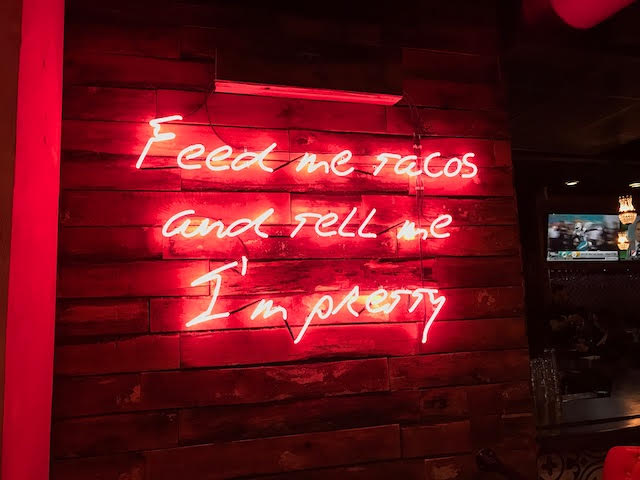 During our visit – which was on the first Cinco de Matador, a promotion that will take place on the 5th of every month and offers a taco and margarita for $5 – we tried the Clooney, named after George Clooney who owns Casamigos tequila company. We also sampled the taxaca flock – a zippy mezcal cocktail featuring green chartreuse, lime juice, luxardo and serene pepper, the classic Matador margarita, a blue frozen Margarita that was surpassingly not over-sweet and a shot of the upscale Clase Azul that sells for $50 a shot. 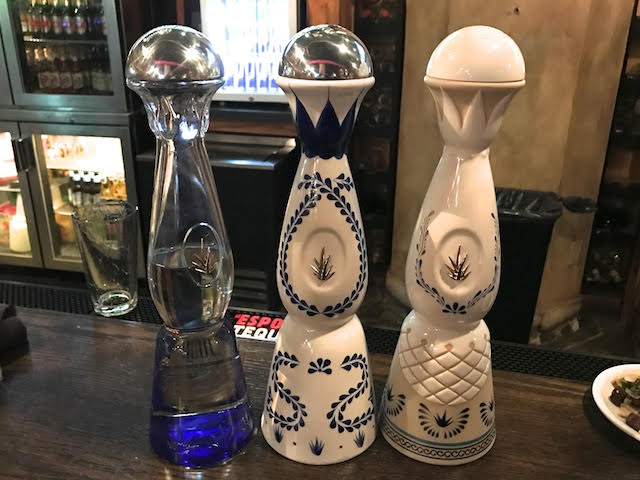 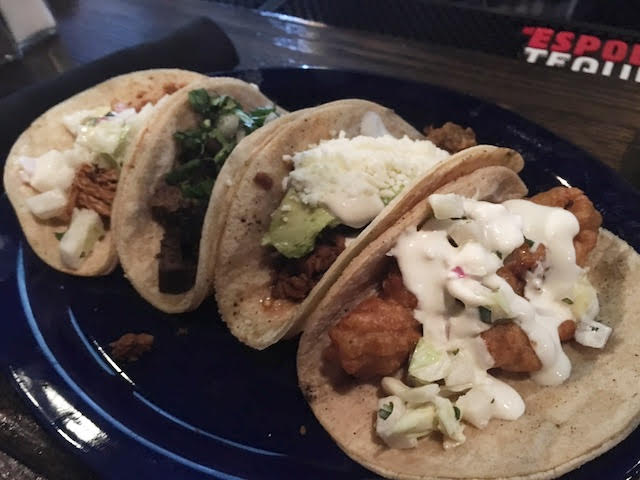 The food menu features appetizers including taco dip, shrimp ceviche and soon, table-side guacamole. The taco menu offers nine different tacos that range from $3.50-$4 each. An order of three tacos or more comes with free rice and beans which is otherwise $1.50 for each.

All of the tacos are served on gluten-free corn tortillas, but flour is available as well. We sampled four different tacos, including the chorizo (our favorite), Modelo-battered cod, chicken tinga and carne asada.